dont get a yaris, there an absolutley horrible car, its like driving a badly need DInky toy. And if you ever start to think that its a good idea, check out the droplinks! If thats not enough to put you off then best of luck!

I borrowed a Yaris once and I quite liked it! They seem to provoke Vanny's reaction quite often though, don't know what they've done to upset so many people!
Top

We recently bought the latest Daihatsu Cuore SX 1.0l (3 cylinders) as a "safe bet" (as the BX is more of a project/fun car) and it's awsome! The quality of all compontents feels well (except the plastic interiour gets scratched easily) and they thought everything through very carefully. The rear bench can be moved back and forth, so that the footwell for the rear passengers can be even bigger than in an upper class limousine or if it's moved the front the storage space gets much bigger. Aside from that, it features 6 airbags, aircon and ESP while consuming only about 4.5-6l of petrol (accelerating in only 11.1 seconds

)... And it was the cheapest car in this category! Well, I admit it's a small car and not a particularly stylish one but hey, compared to the C1/107/Aygo ones...

Well.. I could keep on babbling about this great car for hours. But I guess the latest version is a bit pricey for a "first car". Even so, the second latest model seems to be a great deal, too. Before we bought the Cuore I did a lot of research on scompact cars and compared all the different deals and in the end it was Kia Piccanto vs Daihatsu Cuore. Most of the other cars were simply too expensive to buy.

As for the second latest Cuore, have a look at these pictures taken after the car rolled over a couple of times:

I'm convinced Daihatsu are doing great, even if it's an uncommon, small brand. And as they're Japanese they _should_ be built well. Though we also drove a Suzuki Swift (1.0l) and two Subaru Justys (1.3l 4x4)in the past and they all three suffered from a great amount of rust...

Besides of that, looking at your list it doesn't really matter that much. If you buy a used car it's crucial that it's in good condition and has a complete service history. The rest depends pretty much on luck. I'd go for a low-consumption, low-maintenance, low-tax model though

What I can advise against, is buying VW polo or golf III-V models. It's said that German cars are well built but my research on compact cars reveiled that especially the polo is a horrible car and stuff is broken all the time
Carl

stuart_hedges wrote: I borrowed a Yaris once and I quite liked it! They seem to provoke Vanny's reaction quite often though, don't know what they've done to upset so many people!

You have clearly never worked on them! They where obviously designed for roads that are totally flat for a start. I mean the drop links are only 6mm stud, and usually snap if you hit a speed bump over 20mph not usually assisted by the huge amount of rust they seem to run around with. There noisy at high speed, and very unstable, and that display console, very cool until the slightest bit of grease get on them and you can never see quite right again! Dont get me wrong there are worse cars, but the build quality is so damn low for a Toyota its shocking, the higher specced cars are less ratly and more comfortable but i've seen a lorry clip a mates car and it ripped the wheel clean off (while the only the body work damage was a buggered front wing and a scrape in the bumper!) it also destroyed much of the suspension and something ended up very twisted and was never quite the same again!

Look at the rest of the Toyota range, and while dull, Toyotas are excellent in build quality, ease of maintenance, styling? reliability etc but the Yaris is just plain nasty. I can drive upto 100 different cars and vans a year, but really dont get on with the Yaris, i mean is Chrysler are making better offers the the UK market then the Yaris must be bad!

Got a chance to wash all the salt off the cars - the BX especially polished up well. The speedo failure should at least be diagnosed if not cured by the weekend... in the meantime it's 'watch the speed traps'.

Funny thing about the HT leads. Got them all fitted except for the king lead which - despite receiving a replacement - still doesn't work. I am still using the 'old' one and it does the job... but I will have to try and find another lead at some point. I just don't understand - the ends click into place OK but there must be a question mark over the quality of the contact. I can't be ar*ed at the moment, but maybe I'll try to work it out later. Either that or buy a new standard lead.

Had a traffic-light grand prix moment about 10 pm last night. A mean looking LHD BMW coupe (a compact 318i sport I think) pulled up and then off we went. Clear three lane ring road. We were neck and neck until roadworks forced me to back off. We swapped lanes at the next lights and both looked at each other - good natured fun, that's all - and off we went again, this time I had the drop on him and he couldn't keep up - we both went in different directions and still no other traffic anywhere near, he bipped his horn and as I saw him turn off I noticed it was on PL plates. Vive la Europe I say

What a wonderful sound the valver makes when provoked.

.....I'm begining to suspect the engine is bomb/bullet [or idiot] proof.

I think they're a brilliant "womans car"

] on the principal that I hate the damn thing

Dont let the 2CV fool you,I'm not a hippy,I like violence
Top

I had considered that car, yes. But compared to a Clio or suchlike would have to work really hard in my daughter's eyes to be anything approaching cool. But if she is buying her first car it's her call. But seeing as it's likely to be me.... well it's 'grin and bear it' time!

[giffer]
IMO Phil, if you're paying she can get what she's given and like it.

I lived near bus routes and a railway station, and couldn't afford to buy a car, so was grateful to be added as a named driver to Mum's Pug 309 and be allowed to drive it whenever she didn't need it. With hindsight it was a deeply uncool car, but I loved it because of the freedom it represented.

My stepsister was not so fortunate - her mum and my dad lived out in the sticks and she was just stuck at home until she passed her test, whereupon she was given a Mk 2 Polo (which was about 10 years old at the time). I wasn't jealous - she deserved it for having to live out in the country and I had use of the 309.

If your daughter is like us, she'll just be grateful to be mobile and won't care what the car is like. When she's earning her own money she can worry about buying something cool.

Oh yeah, and we had to walk down to the coal mine every day to get coal to eat...
[/giffer]

She doesn't eat the coal I give her anymore.

Another thought: I think a Kia Picante will be affordable then... anyone got any experience of them?
• 1992 Citroen BX TZD Turbo Hurricane
• 2006 Xsara Picasso 1.6 16v
Top

Actually the Kia isn't a bad car for what it is.
Ok, in essence they are cheaply made crap, but for the money they are bloody brilliant little things.
Smokes lots, because enough's enough already!

As I said, in the end it was Kia Piccanto vs. Daihatsu Cuore for us and we took a very close look at both of them. The reasons we chose the Cuore were the adjustable rear bench, the lower price for the SX model (with 5 airbags, ESP and air con) and the general look and feel of the car. Sitting in the Piccanto felt much more confined and the boot seemed to be smaller as the rear end is sloped while the Cuores is more box-like (while not looking too stupid). Also, there's the adjustable bench coming in again. If you want to, you can extend the boot space by a lot. And it has better fuel consumption. Well yeah... it's awesome!

More time spent with the valver today: replaced the speedo lower cable as the old one was burnt to a crisp by touching the exhaust. What numpty fitted that without tying it out of the way?

Anyway it's all OK now. Obtained a replacement hose for one that looks a little 'fat' at the top. Oh how interesting... might fit it next week. Not urgent (although it is good to have a spare on board!).

Found the front brake pads had been incorrectly fitted. (Numpty strikes again). That's all done now. No more binding and clunks from there.

Changed the oil and filter and gave it the once over from underneath.

It's a nice car. In very good order now. Drives a dream

Until something else happens of course.

Still toying with the idea of taking it on holiday to France as it's roomier than the ZX. And even with increased fuel costs it's cheaper than buying a bigger car...mmm

In car Entertainment: My girls love the PSP. I have invested in a few films (I watched one on the device and it's superb), for those long trips. I will probably buy another so they can each immerse themselves for a couple of hours of boring motorway driving... a better bet than one of those clunky strap-a-screen-to-the-headrest jobbies which are only really good for the car. I didn't realise but the PSP allows wireless web-browsing. How cool is that?
• 1992 Citroen BX TZD Turbo Hurricane
• 2006 Xsara Picasso 1.6 16v
Top

We're looking at small economical cars to replace the 16TXS. Its really difficult to find small, economical automatic cars but this seems to fit the bill for us. They're expensive at the moment but no more so than a Smart. 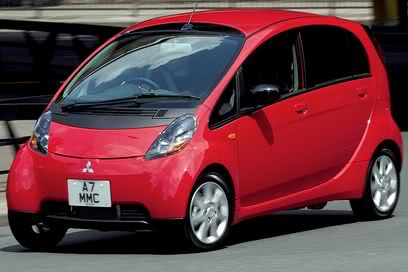