The End of Everything

Is that the twin front axled one on ebay? Like from the italian job? Saw that on there last night. For a practical road-trip style machine, the lynx or lance etc I think would be better than a National, but the national's do look nicer!
I'm not a Saint, or a James, but a Tom Saint-James!

Ha! I wish! The one I was looking at was more like £800. My mate Sam Glover is selling the one on Ebay. It's epic.
www.classichub.wordpress.com
Top

It looks sooo cool, but tatty. Still I wouldn't mind getting back upto scratch - would just need a large covered storage area, plenty of money and time!
I'm not a Saint, or a James, but a Tom Saint-James!

Dollywobbler wrote:My mate Sam Glover is selling the one on Ebay. It's epic.

Is that the one that was on Practical Classics a few years back? Road trip to India or something similar...

No. I think he only bought this last year. The India bus, IIRC, was just a reader and it didn't have a double front axle.
www.classichub.wordpress.com
Top

We have a Lynx, it's entirely hellfire, although if you do get a Lynx, you need to be handy with a welder. Very handy. The chassis is indestructable but the bodyframe is, erm, not.. although it's all easy to do box section steel.
I'm welding up ours (I say ours, it's my mates) at the moment. I'll bung some piccies up at some point.
The only Lynx worth having IMHO is the Cummins L10 engined ZF equipped Lynx. We had so much fun with them when we ran them I'd have gone to work for free!

The Lance progresses, slowly.. not had time to touch it much this year so far, been busy rebuilding a house and tinkering with cars although it's progressed a fair bit since I last updated this.. I'll add to the thread at some point soon.
Smokes lots, because enough's enough already! 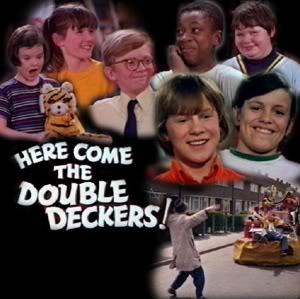 You say the L10 is the best with the ZF box? I've never driven one or anything but through reading and watching youtube videos, I quite like the idea of the Gardner 10.0L, not knowledgable about gearboxes but I do know that I don't like the Voith screech!

that'll sleep a few and seat a few more in style

Few more years until that happens though, for a start i'm only 22, and i'd have to get the required licence etc, then it's storing the thing! Storage is what put me off the idea of a Leyland olympian/Bristol VR/MCW Metrobus MK1 (with the squiffy windscreen bottom :thumbs: )
I'm not a Saint, or a James, but a Tom Saint-James!

the L10 is a weapon mate, multivalve 10 litres of diesel perfection.
As for transmissions, they simply do not get better than the mighty ZF ecomat unit, Voiths are truly terrible things!

I bought my first bus at 18, which was a VR, it lives on, but not with me, never really wanted it, but it was the earliest surviving Badgerline VR and it was destined for the scrapyard the following day, so I bought it.
Over the years had all manner of crap, including a Mk1 National, which was utterly rotten (as they all are now), a half share in a VR and a very lovely Bristol RELH coach with the Gardner LX 10.45 and ECW coach body derived from the MW.
I had that for 10 years and had no intention of getting rid of it, until the Lance came up. The Lance is now far rarer than the RE (infact it's damn near unique now, probably for good reason!) so I flogged the RE to a mate, for a loss that makes the Greek economy look healthy.
Shame actually, there was a Metrobox in the yard until very recently, it went for scrap in the end, but it could have been done, even still had the original Rolls Royce Eagle engine...
Storage is best done via a friendly farmer really, otherwise it gets extremely expensive, and these days the licence is quite a PITA since after 2014 you'll need a CPC aswell as a licence. God love Brussels!
Smokes lots, because enough's enough already!

Hmm I do have a few friendly farming friend types, thanks for the tip. My mate stores his routemaster in a campsite (motorhome rather than tent type) that a friend owns for not very much apparently.

If storage isn't the issue then I think i'll be more open minded about what I purchase, still a way off yet mind so all I can do is look and learn...

Perhaps a good way to get a licence is to be a bus driver? I have 6 points on my licence atm, so won't be able to do that until they come off in 2014. Do I remember reading that you are a bus driver Doc? What's it like from the inside?
I'm not a Saint, or a James, but a Tom Saint-James!

saintjamesy89 wrote:Do I remember reading that you are a bus driver Doc? What's it like from the inside?

Oh, he loves it! Lives to work apparently, in fact I remember him saying that you meet the nicest people when you drive a bus. Or something like that...

mat_fenwick wrote:I remember him saying that you meet the nicest people when you drive a bus.

I just know it will be the BEST EVER r^Ha^Hn^Ht^H lovely fluffy shiny pink story about how their colleagues and the general public are wonderfully intelligent, unsurpassingly generous and caring, unfailingly polite and consistently high-competence.

Not that I currently need any inspiration to have a pretty good go at creating one of those myself at the moment. I do need a good laugh though

was cliff richard and 'summer holiday' the inspiration for all this then?
Top

good god no! I grew up around engineering, my dad being an engineer, so I grew up loving anything with an engine, it jut transpired that I really like dirty great diesel engines!

Oh yeah, i fucking LOVE my job, I actually do, if I could pick my own route and never have to pick members of the public up it would be perfect!

Tom, getting a licence through a bus company is not a bad idea, but bear in mind you'll be expected to stay for an amount of time, it's 2 years with our lot, if you leave before that you'll have to pay back a percentage of the cost of the licence, which isn't cheap these days what with the CPC and such.
All that said, hooning about in 12 meter buses with lots of power is still rather good fun and I've been doing it for 14 years now. Largely I think because no one else in their right mind would give me a job!
I wouldn't be too worried about points on your licence either, we have drivers with 11 points
Smokes lots, because enough's enough already!

great job if you dont mind the great unwashed and the smell of piss and puke on a friday night.
Traveling by bus was my single greatest motivation to getting a car
1991 BX Meteor 1.6

light travels faster than sound, thats why you look intelligent and then you spoil it all by opening your mouth !!!!!
Top
Messages: 196