Anything about BXs
Messages: 30

Coming over a hill and round a bend at 100kph tyre just decided to disintergrate. nearly tore the wing off. ripped the wheel arch lining out. i am pissed off with the michelins they are usually so good. 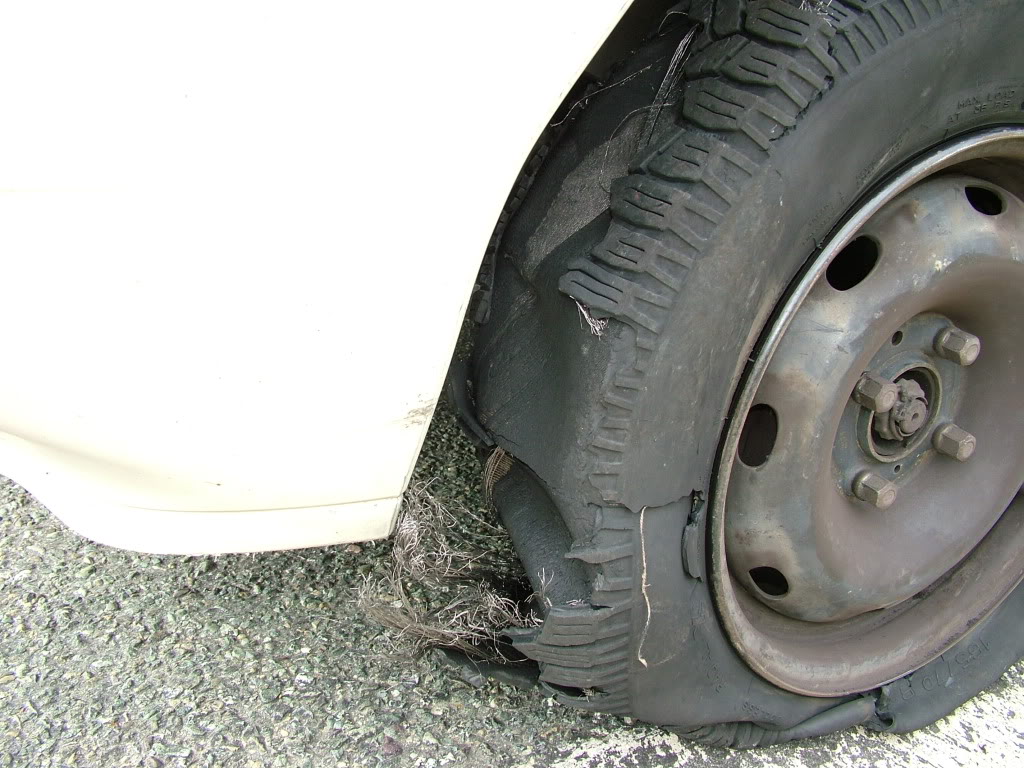 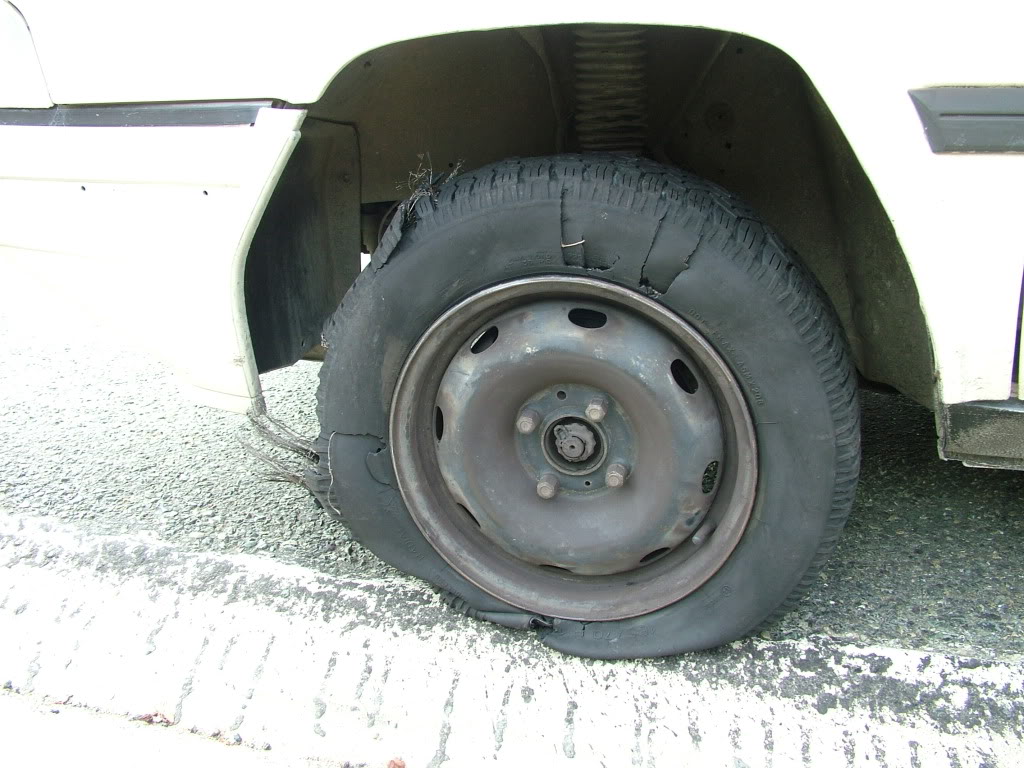 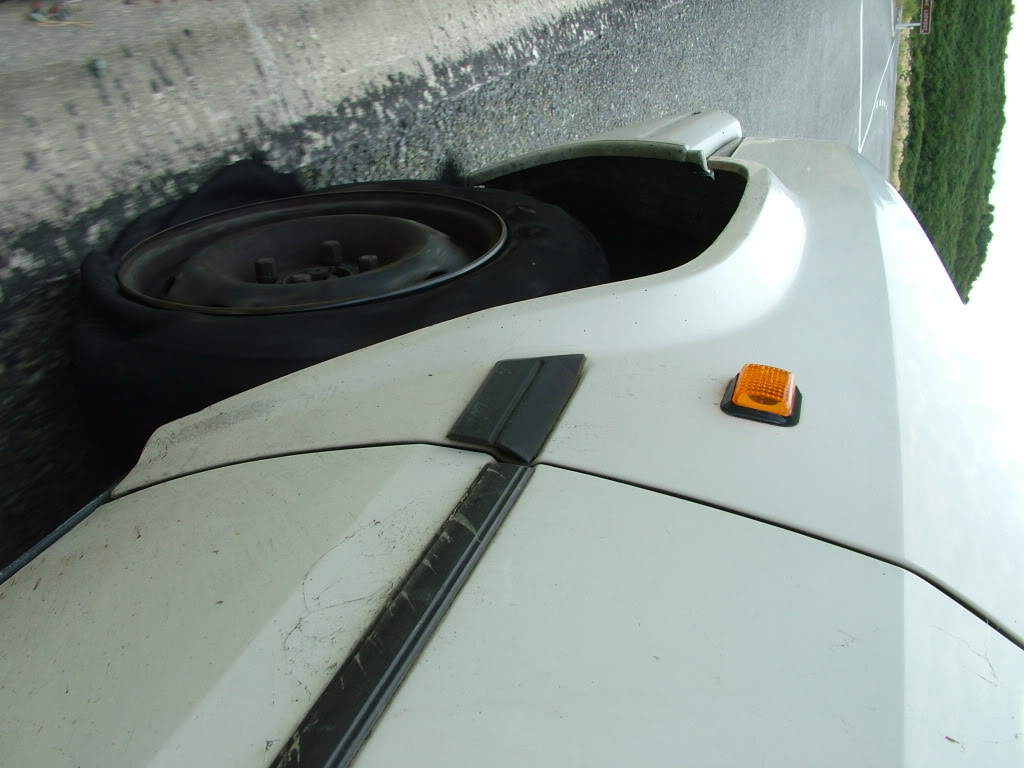 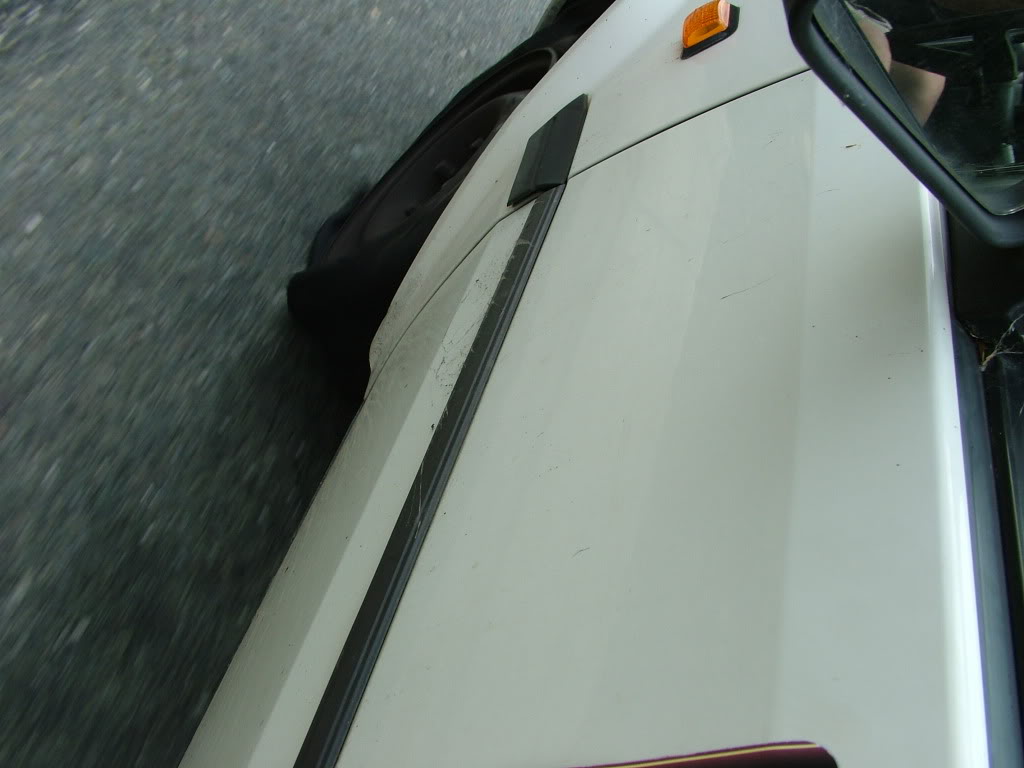 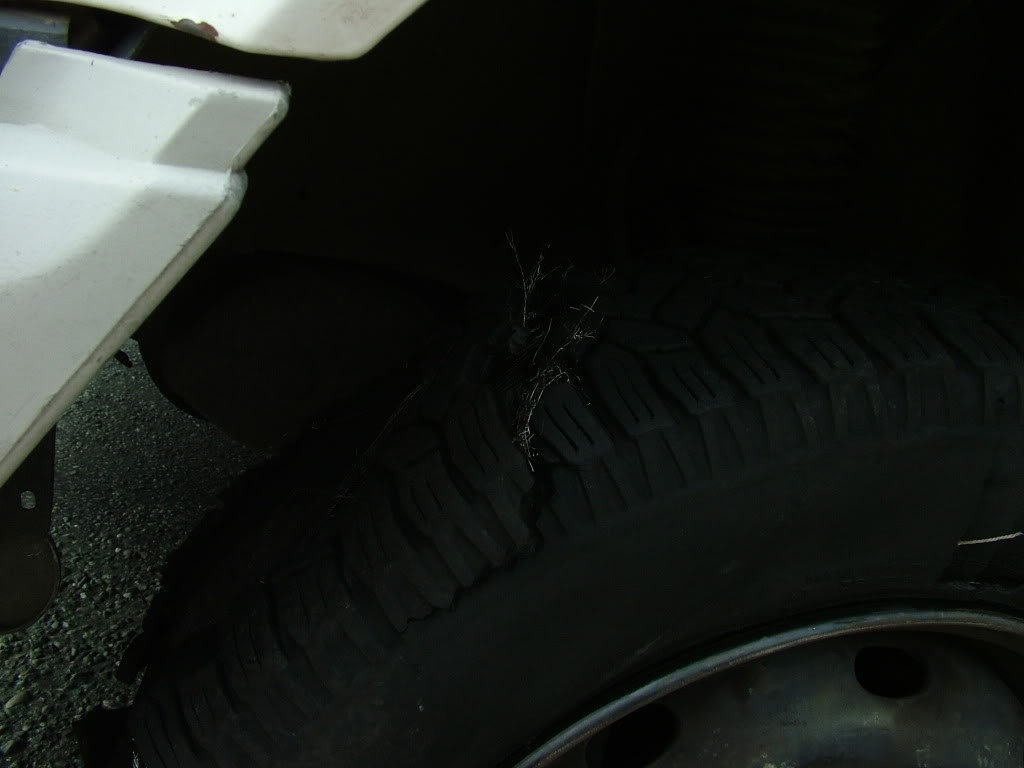 Hell,
thats quite a blowout, very nasty. At least your ok, i hope.

But, if anyone's gonna point it out it may as well be me...

That tyre looks remarkably like an MXV and therefore about 20 years old (most of us still have them under our cars as spares)... so in all fairness, not too surprising that 1. It blew in the first place - & - 2. It delaminated and discintegrated so badly...

If it is indeed the MXV it looks then this should pose as a stark warning to anyone tempted to use one of those "brand new and unused" spares!
I have zero patience for your tedium.
Top

Thats not an MXV its a MXL! which is even older. Probably a good 25 years old? :
Lots of Motors, mostly semi broken....
Top

I hope that all the other tyres on the vehicle are not the same. Best get rid of the lot if i were you if they are.

Could have killed yourself or even worse, others.
Top

Agreed, whilst these tyres were very good, I found as they got older they easily developed "eggs" on the tread and walls

Luckily no one was hurt

Accepted wisdom is no more than 6 years old, but IMO that depends how they've been stored, as UV light is one of the factors that affects rubber life.

Glad you're allright, but you were living on borrowed time with tyres of that age

Get them all changed or is your life not worth the price of 4 new tyres made this decade.

I once had a blow out on the motorway in my CX turbo, at ***censored***mph.
It totally shredded the tyre, and frankly, I'm glad i was in a Citroen, and not a lesser car, or I would definately be dead!
Top

I think I'll get mine checked now.
Top

MULLEY wrote: Would they fail an MOT?

Any "Significant deterioration or cracking" should cause it to fail. BUT, it's one of those very grey areas that come down to the testers opinion (which vary greatly).

I've definitely had tyres passed that I myself would have failed (like the 2 rears on my TGD in december which were both old MXV's).

Any bulging, delamination or visable cords/threads/wires ARE a failure but tyre AGE isn't checked.
I have zero patience for your tedium.
Top

that must haver been pretty scarey. never had one in a car before but had one in a van and it blew a hole in the wheelarch into the van,filled the cab up with smoke and knocked the drivers seat off its rail..nearly sh....t myself. its not good on an artic trailer either..............
audi a8 quattro
saab9-5 aero
saab99 turbo
smart roadster
citroen bx tzd
Top

Scary indeed - and very similar to a blow out I had in my 2CV. The tyre had been fitted to a Dyane, then left in a council lock up for 15 years. I put it on just because another tyre had a fault - forgot and did 3000 miles on it before it blew! Exactly like that - sidewall just fell apart.

Can't say I had any reason to be p*ssed off with a tyre that old. I was amazed it lasted as long as it did. Thanks once more to Citroen and I certainly learnt my lesson!
www.classichub.wordpress.com
Top
Messages: 30