Anything about BXs
Messages: 18

Went for a little run in the DTR last night (seems I cant resist), and by the time I got home it was dark So I could appreciate the Mk1 PRN'ness, its like winding the clock back 26 years to the first BX we had, which was also a Mk1 Diesel albeit a RD and in a bit better condition!

The diesel have that certain "smell" and that dash is like nothing else, thanks to Dom for changing all the dash bulbs as it lights up like a spaceship!

Will do!
Lots of Motors, mostly semi broken....
Top 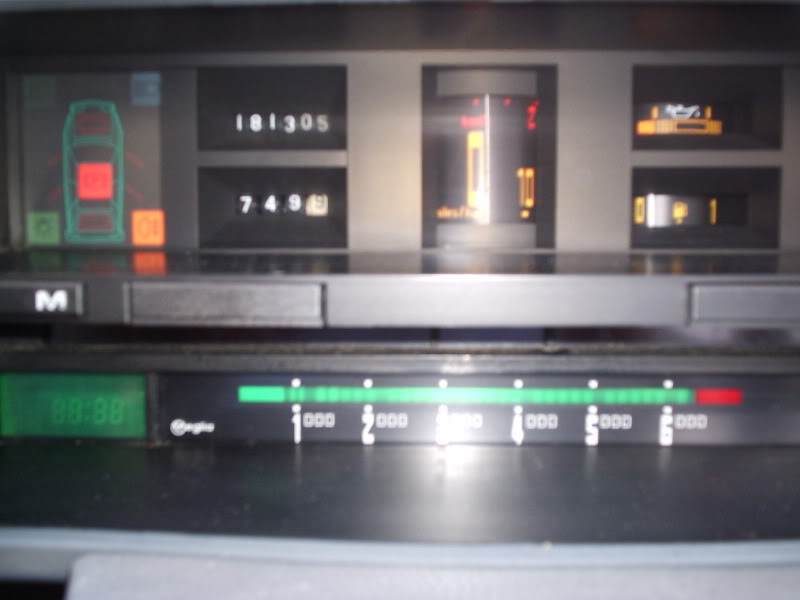 Stupid camera with autoflash! need to findout how to disable it to getthe full effect.
Lots of Motors, mostly semi broken....
Top

Does the revcounter work?
Top

If you look closely it was running about 1500rpm (I had my foot on the accelerator!)

Roverman wrote:Stupid camera with autoflash! need to findout how to disable it to getthe full effect.

now all you need is the pointy ears, oh , wait a minute

MULLEY wrote:That rev counter is interesting, it would seem that its a one for all as there's no way that diesel can rev that high before the red led's start coming on, i though't it would have had a specific one for the diesel??? Unless it's been replaced with a petrol one at some point?

Your quite right Mulley, it was one size fits all on the MK1 (ive looked at press/brochure pics, mind you they did so little Mk1 diesels with a rev counter im not surprised.

A few modern fords and renaults do the same, have a 7000rpm dial and an engine that is governed to 4600!
Lots of Motors, mostly semi broken....
Top

If you don't believe me, just stick in reverse on a nice straight bit of deserted road and you'll see what I mean

thats one hell of a dash, way before its time if you ask me.
Look forward to more pics. Good luck with the restoration.

thats one hell of a dash, way before its time if you ask me.
Look forward to more pics. Good luck with the restoration.

I now have a NEW front bumper and good passenger door, plus two used wings I need to fetch so things are progressing
Lots of Motors, mostly semi broken....
Top

Cant wait to see her in all her glory bud.