This Mk1 BX 19RD estate appeared on Classic Cars For Sale. I expressed an interest, as did many on here, with Richard getting first dibs. He then got first dibs on the 19GT in Northants and after I sent him a PM asking if he'd reconsider on the estate, he graciously agreed and I went to view it. Thanks also to Chris "Ren16tx" for letting me jump the 'dibs' queue.

So, here's what I discovered.

The BX had been sitting in this garage for about three years. Sadly, it had been side-swiped while parked on the road. It was stashed away and a Xantia replaced it while insurance shenanigans ensued. They came to nought (uninsured driver) and eventually the car was put on the market.

Despite being in quite poor condition, I was well aware of its rarity, so a deal was done. Today, I hitched up a borrowed car trailer to my trusty(ish) Range Rover, engaged the assistance of one Mat Fenwick and off we headed, with a boot full of tools.

The car had been stored on blocks, which was helpful in terms of suspension and tyres. This also meant that we had a head start if it wouldn't run. Jump leads were attached and after a few quick bursts of starter to get the oil circulating, we warmed the glow plugs and crossed our fingers! After a few coughs, she finally roared into life, though perhaps only on three cylinders and with a notable reluctance. To be expected - some pumping on the filter housing seemed to help.

Here she is after being eased out onto the street.

If Mat (in the background) looks a bit rough, blame too much red wine and celebrations from winning the local pub quiz the night before... (thankfully I don't drink!)

With the car home, I could take a proper look at the issues. One of the biggest is the tailgate. When it was sideswiped, the tailgate got caught and it's actually distorted the nearside hinge mounting. Even Citroen would baulk at panel gaps like this.

The interior is pretty shambolic, with Mk2 door trims. I'll clean it up as best I can for now.

This really isn't too good either.

Plan is to give her a wash tomorrow, and try and find out what she needs to scrape an MOT. Back end isn't rising up and I suspect the LHM is low. There has been a slight leakage from the rear, but at least the fluid looks nice!
Last edited by Dollywobbler on Sun Aug 19, 2012 6:34 pm, edited 10 times in total.
www.classichub.wordpress.com
Top

That will polish out. In all seriousness good save, well done.

Oh, should add big thanks to Mr Fenwick. His assistance was certainly appreciated. Sorry I made you wait so long for lunch! (only for the cafe to get the order wrong and run off with his food to make him wait longer!)
www.classichub.wordpress.com
Top

Well done Ian in rescuing this

Ask 'Jackass' he's a Master with it apparently

If you require a NICE Grey single spoke steering wheel to replace the grotty one that it currently has , PM me !

Oooh, thanks. A new steering wheel is definitely on the wish list.
www.classichub.wordpress.com
Top

Hopefully you can bash that rear wing out by removing the wheel and getting in there with a hammer.

Have you had a look underneath yet? Look forward to running updates..
Todd 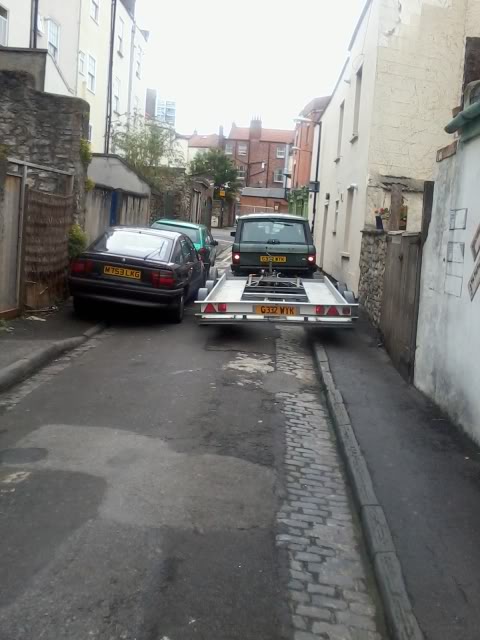 Always be wary of a car with a suspiciously clean engine 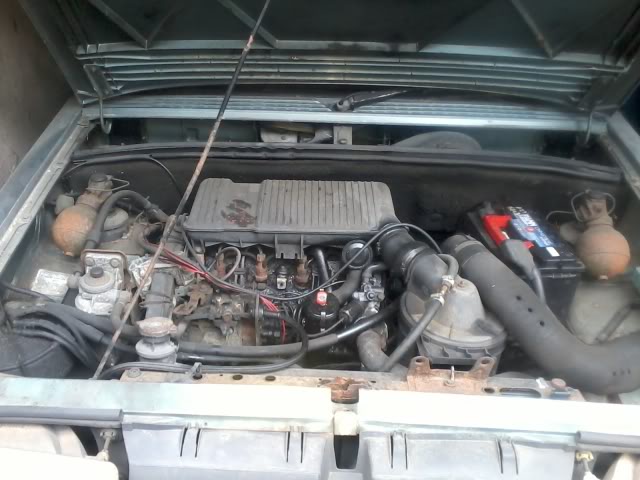 Good save! I like that.
CCC BX monthly column writer bloke thingy - bx@citroencarclub.org.uk

Thanks Mat. That reversing was a right pain - literally. My calf muscle is twice the size now. Would have helped if the Range Rover's clutch wasn't trying to fail...

I've just fired her up again, added some fluid and had a quick drive back and forth. Seems pretty good really. Had a glance underneath - pretty solid but there is rot on the RH rear door shut and a lot of patching that side already (looking very solid though, so a nice job). Water is peeing out of the furry rad, so trying to get the one on Ebay at the moment. Just given it a wash so when it's dry, it'll be replacing my 2CV in the garage so I can get the wheels off and have a proper nose about.

I absolutely love it, but I can see this being a costly labour of love. How often the words 'save' and 'expense' go together! Have had lots of offers of bits from folk, some for free, so that'll help.
www.classichub.wordpress.com
Top

Those front spheres have got a bit of 'antique patina!'

What's the state of the piping then Ian? And also the rear crossmember that runs under the bumper ( as I pointed out in another thread there's a new one available)?

Yes, a labour of love is beginning!

Well, not checked the pipes yet, but there is a weep at the RH rear somewhere. Just a dribble, but that's enough! The estate extension panel is not bad, but I guess I could discover some real horrors once the rear bumper comes off.
www.classichub.wordpress.com
Top

Dollywobbler wrote:Oooh, thanks. A new steering wheel is definitely on the wish list.

It's not quite so simple

the Mk1 wheel comes complete with column and has to be separated at the UJ down in the footwell.

I have to say I admire your courage for taking this car on, I'm pretty sure I wouldn't have, not with the amount of body damage and rust.
The only way I would attempt this would be to find a decent Mk2 estate and swap everything over, OK it wouldn't be a genuine MK1 but I would end up with a car I liked for less money than having to pay an expert to sort out it's body issues.
Top
Messages: 436