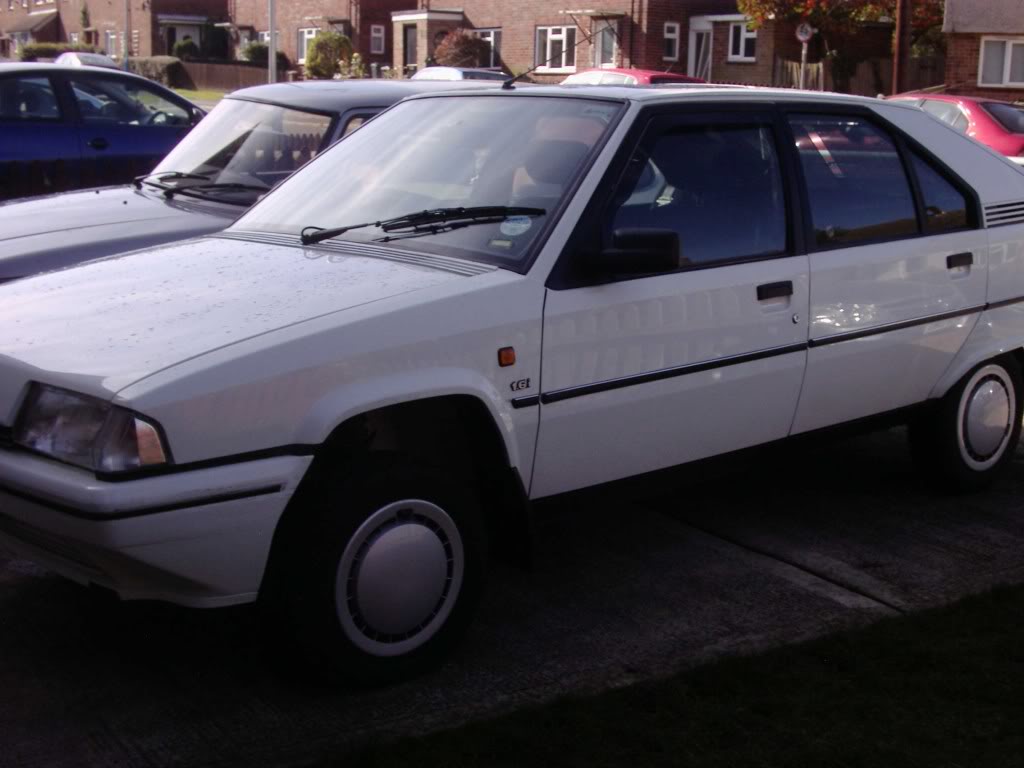 Hi still trying to figure out how to post photos of my BX on here (wife has had a go too but no success).
Have copied a link to one of the photos - if anyone can give us some advice it will be gratefully received.

Hi just realised that we had posted a photo from photobucket for my BX - really amazed, thought it hadn't worked.
Vince
Passion Hydropneumatic Citroen,s

cool car, very nice. Lets hope we see more of it now you have mastered the art of posting pics on the forum. 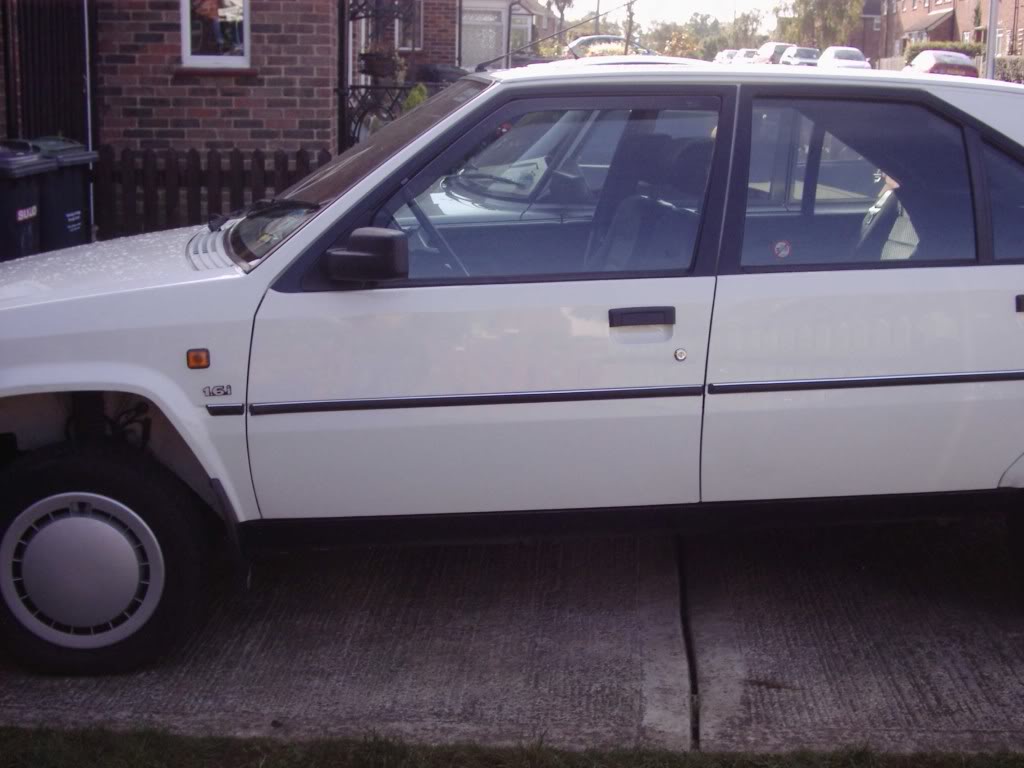 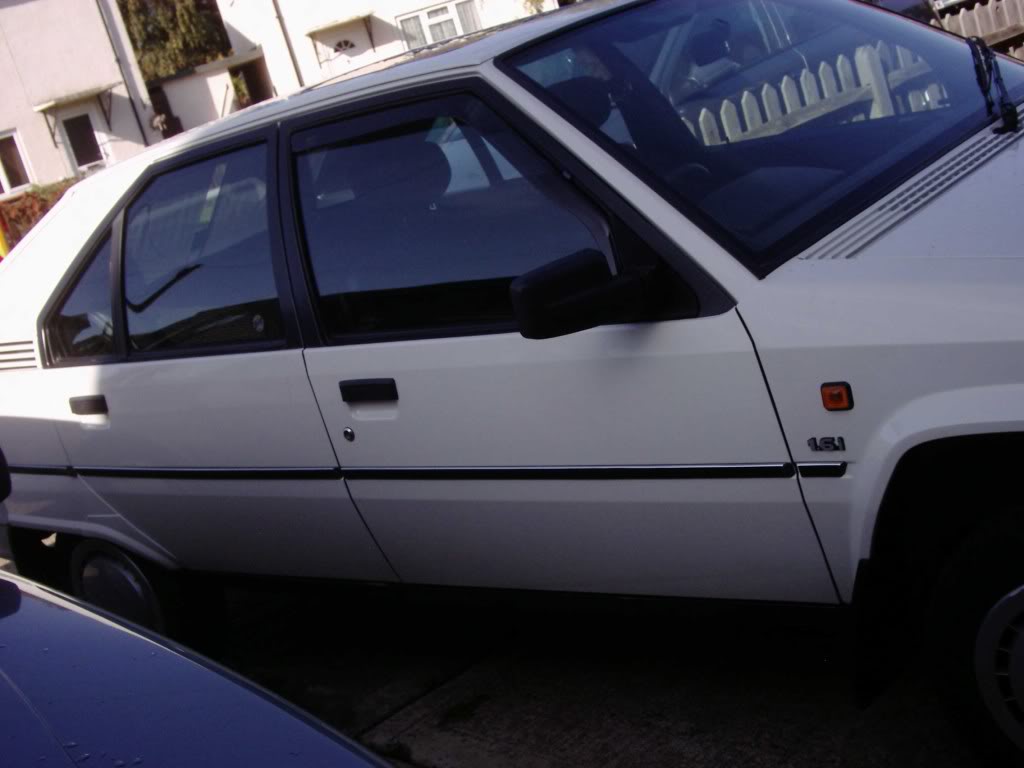 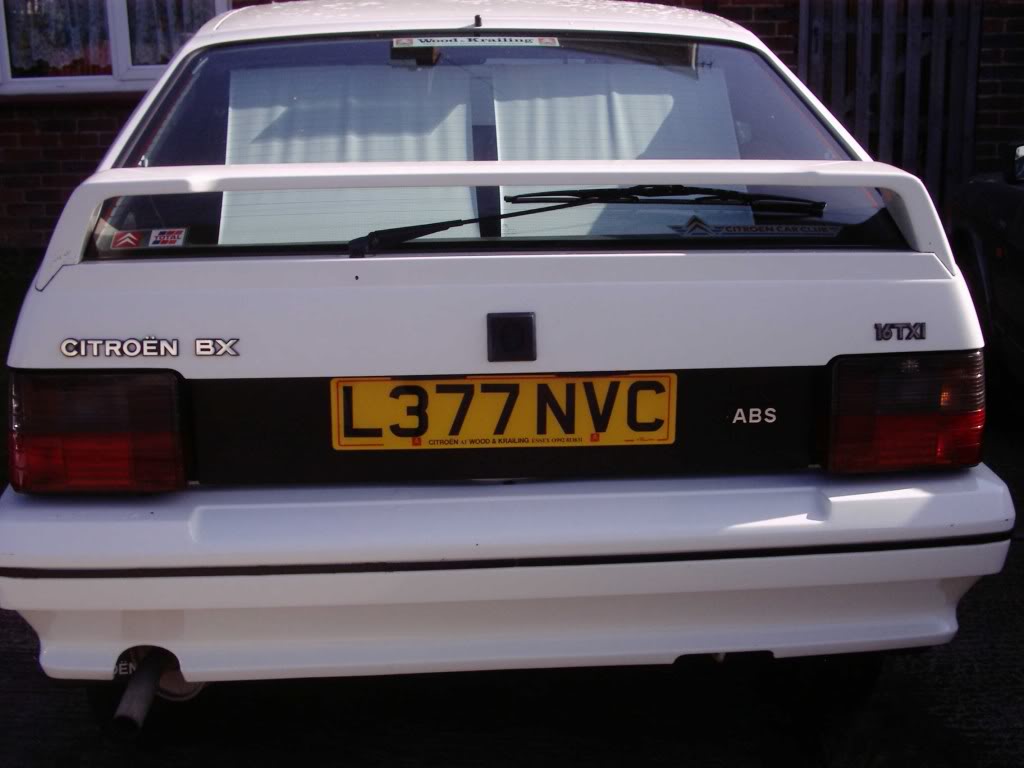 Nice camera, that and the Saab behind make it look genuinely 90s

Dear Andy.
Thanks very much Andy, yes she is coming up very well, I am really
very happy with her. I will definately take some more pictures next week
ok.

I hope Sophie is running alright now after her fuel filter problems ?
All the Best Andy.

Dear Willy.
Thanks very much for your very kind compliments Willy, on both of
my cars Willy

The photo of your BX looks very blistering too Willy, very very nice
and a lovely shine on her too

love the colour, what model is she ?
I am very very lucky having been a car mechanic since 1977 when
I was 15, served my apprentiship on Citroens. So I do love GS,s GSA,s,
CX,s, DS,s and SM,s. So I bought my first a 1979 Beige GSA Pallas with
44,000 miles from new for £ 700 needing new front pipes, clutch and
both camshafts and all the rockers too, which I did engine out 3 times
in 3 months because I couldn,t afford all the bits in one go

I was working at the dealer when these facelift models came out, and
thought they were fantastic. I bought that one in 2000 with one owner
and full SAAB s/h with 60,000 miles from new for £ 1,500. now some
9,000 miles later she still is like new. 12 years later

Anyway I must shoot and let somoene else get a word in OK.
I am at home all day everyday so keep in touch Willy and thanks
again OK.
Vince
Passion Hydropneumatic Citroen,s

Well done Vince! I told you it wasn't that difficult to post pics - even I can do it! Your BX looks absolutely lovely -I did notice a pic of it in the Citroenian this month in Tim's column. Look forward to seeing some more at some point. Meantime, happy polishin'!

That is clean, look at those wheelarches! do you have a garage/carcover for her Vince

Having driven a TXI I was impressed, it seemed more reponsive and eager than the carb fed cars although the catalyst did hamper performance a wee bit, but of course no hot starting issues!

Dear Matthew.
Sorry again for my late reply, Thanks so very much for your very kind
compliments

Matthew.
Yes she does run on fumes, which does make a real change, the thing
with single point injection I find is to know how to clean the idle air valve
gently and don,t touch any of the rest.
Yes she is very rare, I didn,t want a carb model, not when I use them
as little as I do, that,s also why I went auto aswell

I will put some more photo,s of the door shuts and the tailgate shuts
aswell soon and some of under the bonnet too as she is polishing up
really really well.
So are you just into diesels then Matthew ? what things are you upto
on your cars then Matthew ? My Dad is into brand new Mondeo diesels,
as he does calossal mileages abroad towing their caravan.
Well thanks again Matthew and keep in touch.
Vince.
Passion Hydropneumatic Citroen,s

Dear Paul.
Again I am so sorry for my late reply Paul, I will get some more pic,s
done again soon,
Thank you Paul very very much, It is a really ace photo of her highness
I thought so too

I did see some pic,s of yours on the C.C.C forum about the membership
card for next year she does look very very nice Paul, great right up about
your bodywork expertise on your door shut too Paul.

I am just putting a new waterpump, cambelt and tesioner this week, so
I can that and the service items done at the same time, before it starts
getting nippy.