Buy or sell parts etc. Please put 'Wanted' in the title if it is a request for parts.
Messages: 8 • Page 1 of 1

I am clearing some parts. Mostly I have a stock of CX bitz but there are a number of BX items.
The clearout zone: 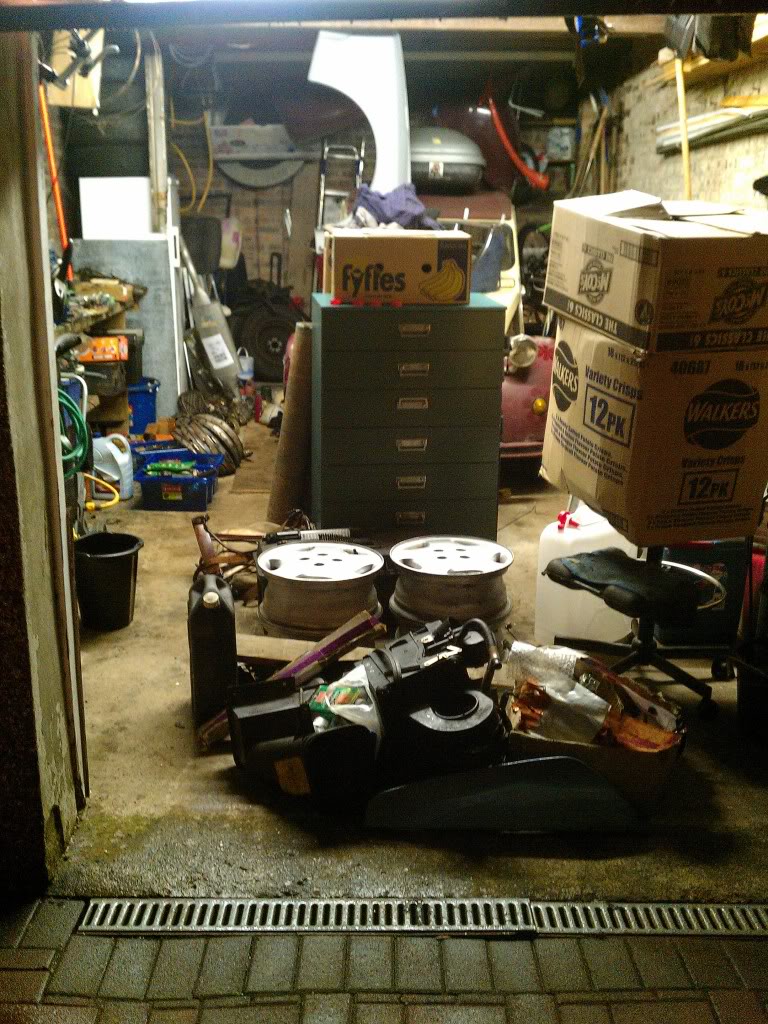 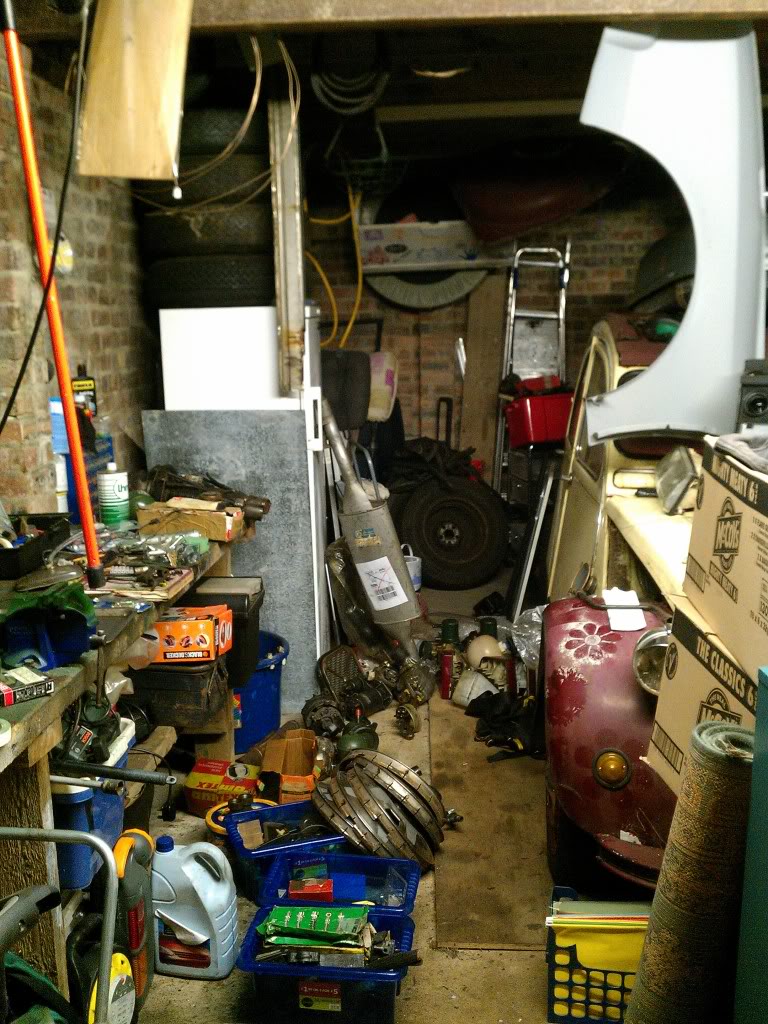 I'm hanging on to the CX bits but I think the BX bits are wasted here so they're up for grabs.

I have one or two good parts and some less interesting bits for the BX but before actually going through the lot to verify what I have, from general glancing I have the following available:

Series 2 BX NSR door card and handle in a black/red upholstery - think it's the TXD trim.

one door lock barrel but no key - is this of use to anyone?

2x door locking mechanisms - central locking I think but need to check - both LH side doors.

pretty boring so far I know, these items will have to hit the tip if no one wants them! I think the pinion valve and HP pump will be spared that fate though.. but what about the juicy pair of BX front struts I have!?! complete with regassed 400cc, 1,9 damper spheres. Anyone need these? not going to be expensive.

PM me if any items are sought, think they'll end up on ebay in the next few weeks otherwise

Sorry Defender 110, I didn't see a PM from you. Anyway, all parts are now spoken for but there's one or two new items found, I added them to the end of this post.

For the benefit of those inquiring via PMs, here are photos of the parts taken today: 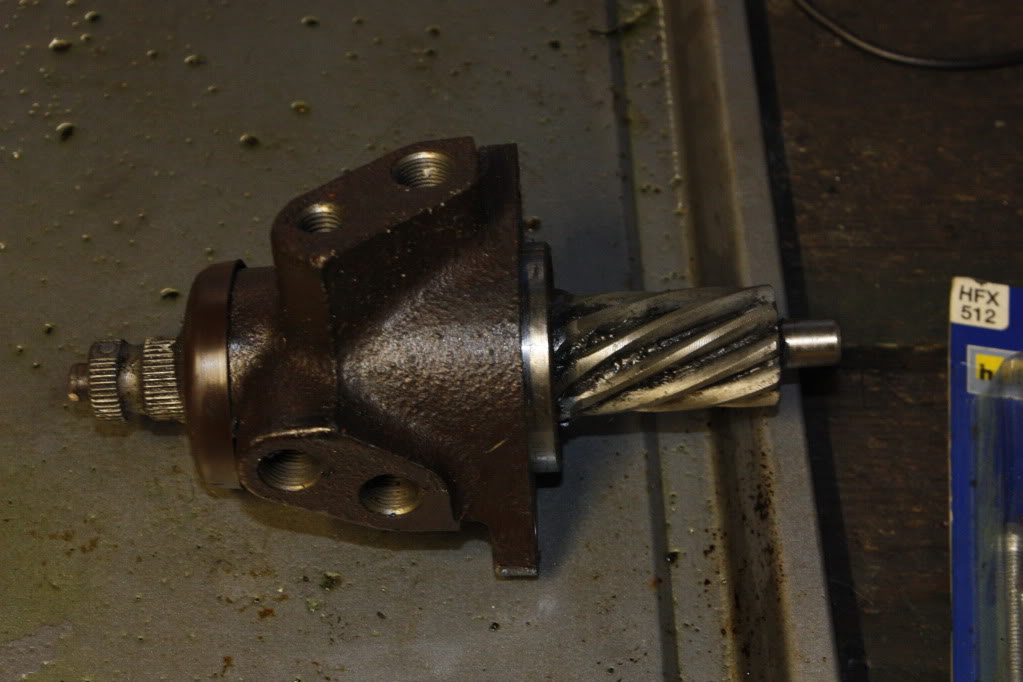 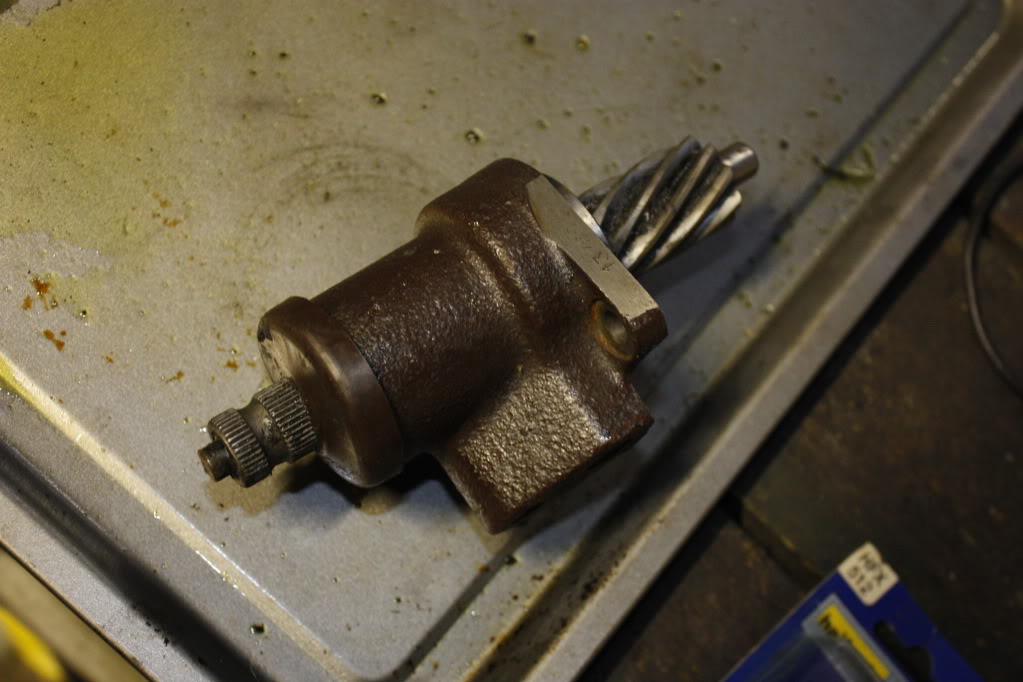 Can anyone confirm visually that this IS a BX pinion valve? and not a ZX as could be a possibility.. 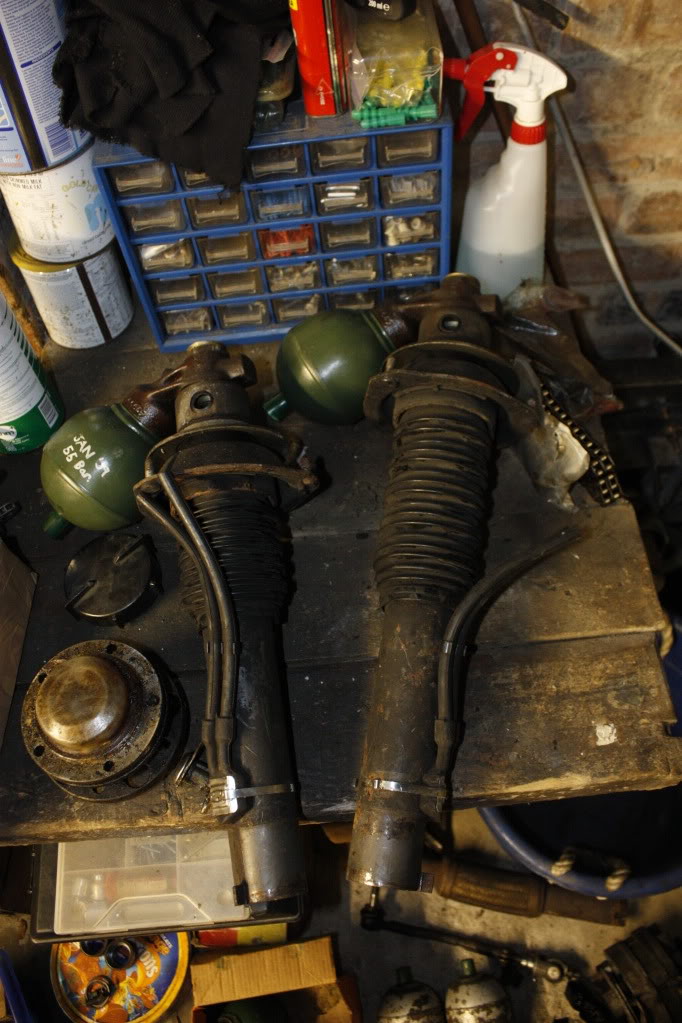 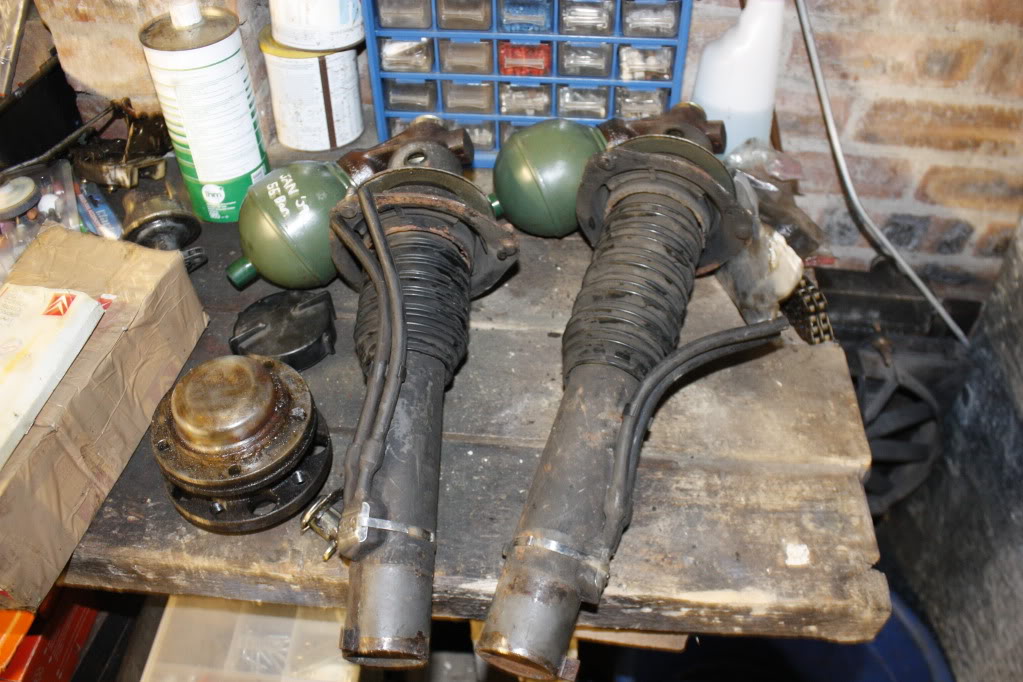 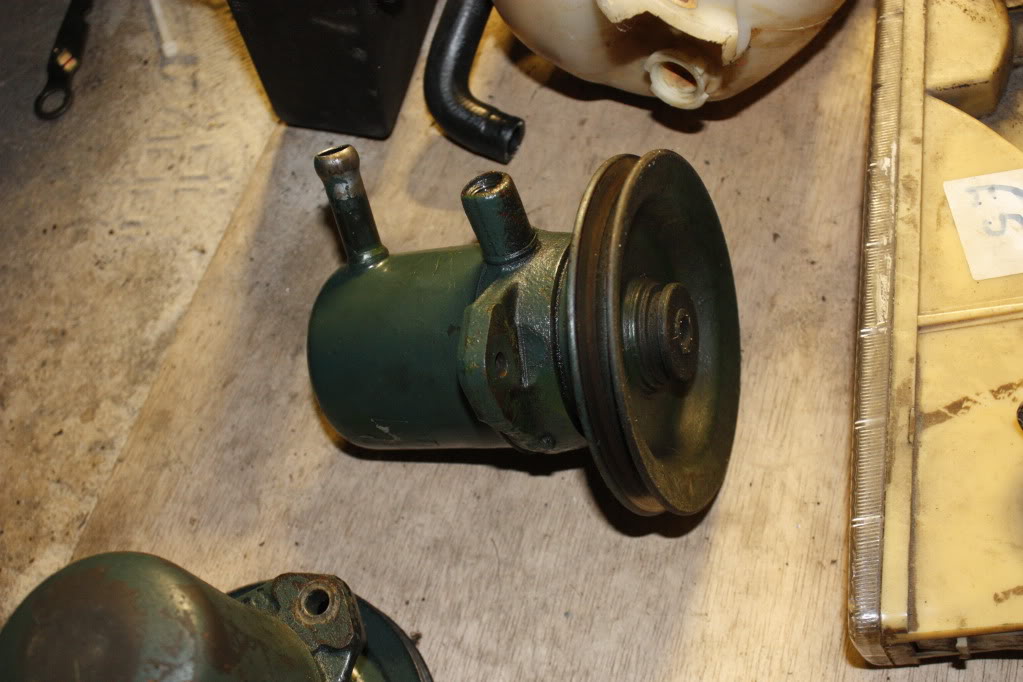 Note that this is the earlier style green-coloured and metal-encased BX pump. It came out of my old BX Mk1. It is in good order and was only removed as I managed to source a reduced-price brand new pump for that car (later, black, plastic-cased type) 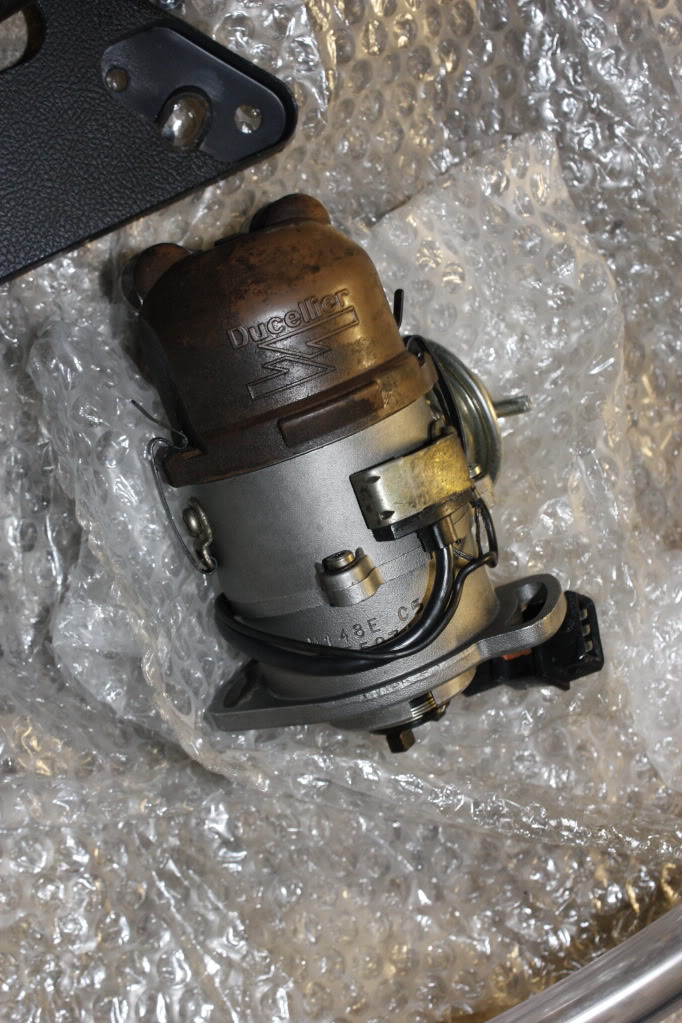 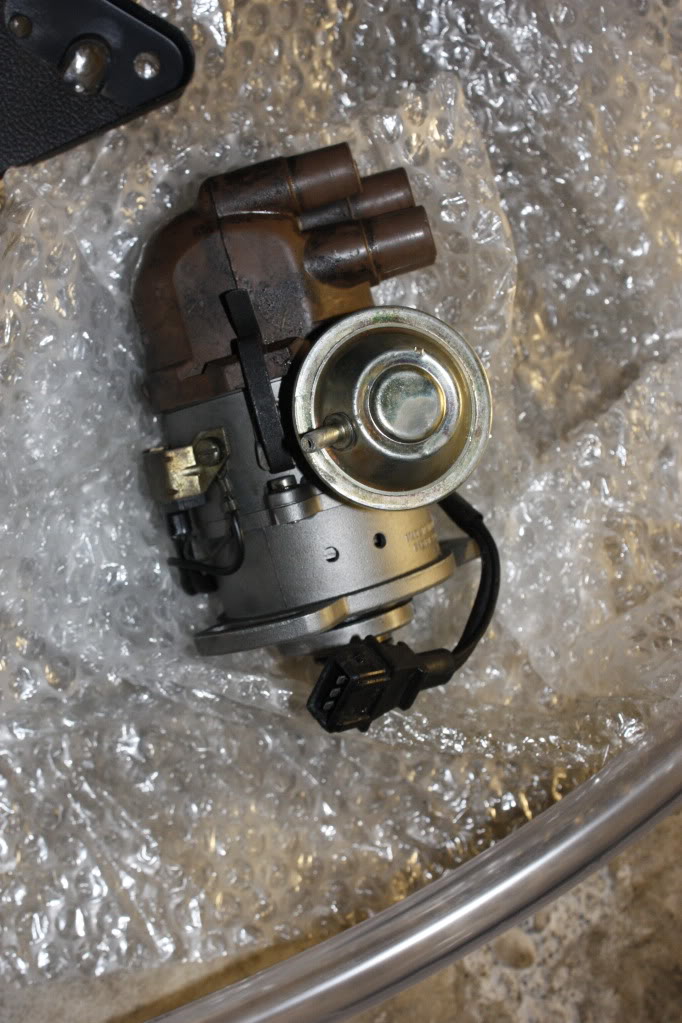 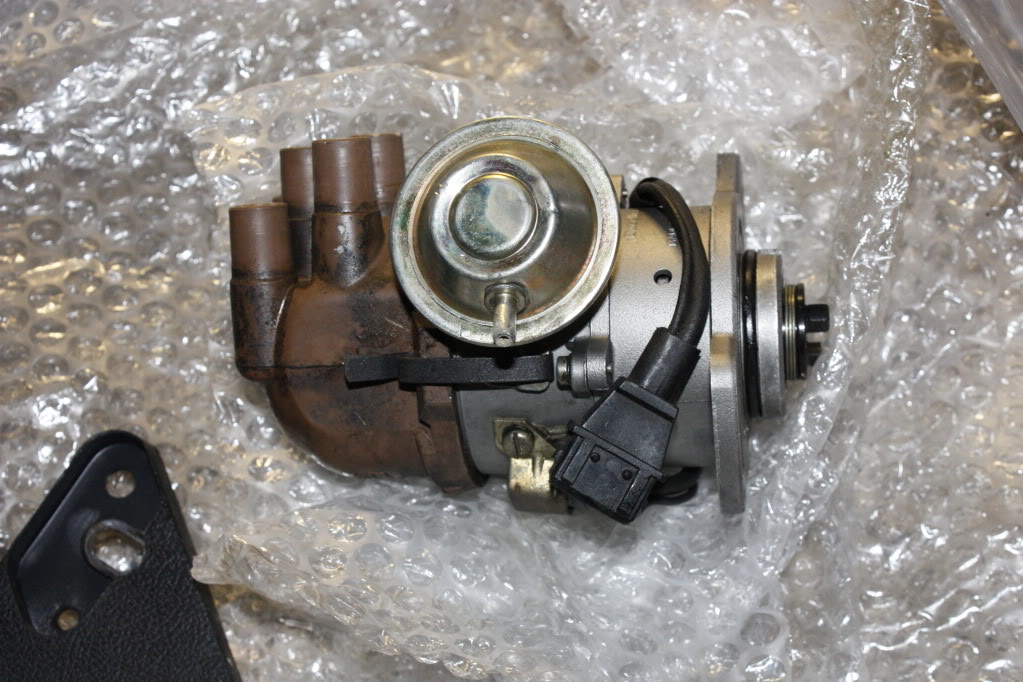 Bit of a story to this dizzy. I bought a new, reconditioned dizzy for the Mk1 BX16 (that's the model it's for btw) only to find that the drive dog on it had been fitted 180deg the wrong way! I couldn't remove its roll pin to refit it the right way despite being assured it would come out with a drift, as I had limited tools. Anyway, I decided to make a hybrid new part out of the new one and the car's existing one (it's in a thread on here somewhere) so the car was finally fitted with a distributor with the 'new' upper half including cap, rotor, upper body with magnetic pick ups and the connecting wire. It worked a treat but left this lesser distributor with a used cap, rotor, and magnetic device but with a brand new lower body including shaft, advance capsule, and seals. Just that the drive dog is on the wrong way round.... anyway, it's yours for a fiver plus postage. Just PM for more info if needed, mind it's for a BX16 carburetor, manual. 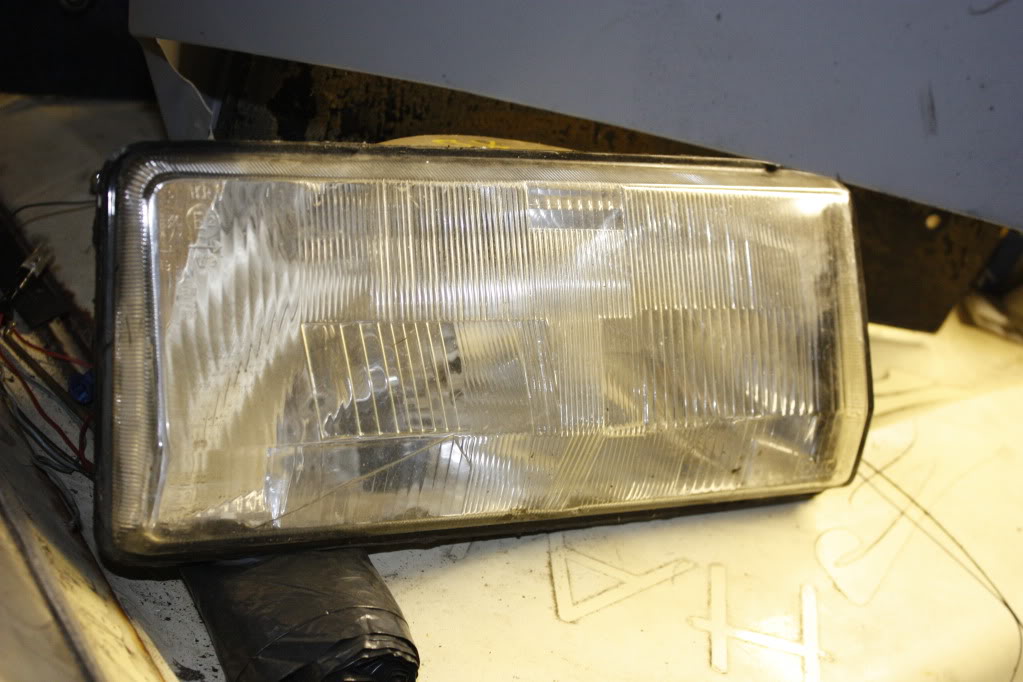 It's used, in OK condition and resealed glass. But I used black sealant not white as it's Tiger sealant which is very good. Say £3 plus post? Comes with bulbs too. It's a near side headlight.

Door card from a TXD ( think) 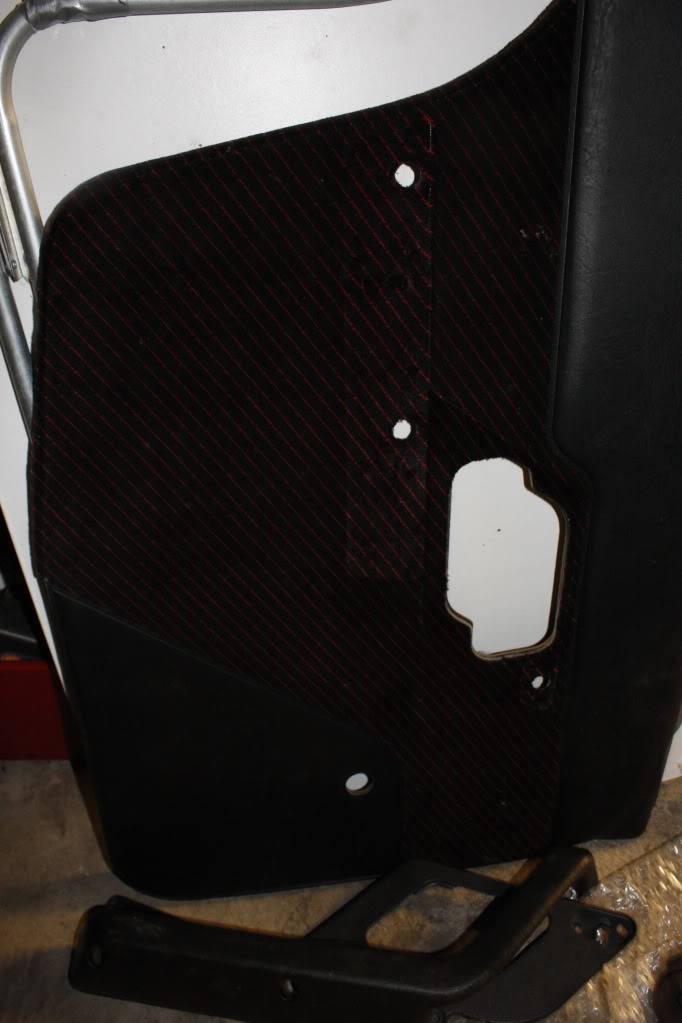 There's also a door lock barrel but no key. It's about as much use as a freezer in the desert... free to anyone who wants it.

There's a second BX HP pump too but it's not in as good condition as the pulley is a bit out of true. I was thinking of making a 'CitroJim' style Sphere tester out of it' but if someone wants it £3 plus post as I have a spare CX series 1 pump to use for that.
Graeme M

Doh! nothing in my sent box either, I must have done my usual trick and forgot to put something in the subject box so it didn't send

certainly looks like a BX pinion, it has the different sized ports whereas a ZX has the more usual setup
Smokes lots, because enough's enough already!