Buy or sell parts etc. Please put 'Wanted' in the title if it is a request for parts.
Messages: 5 • Page 1 of 1

My and Kermit's fledgling GS project is up for grabs. Changes in circumstances and a lack of suitable work-space (even after months of trying to find it) means it goes on eBay/Car & Classic very soon. I'd like to give club members a chance to make an offer in advance.

I am really disappointed that circumstances mean we can't realistically afford to keep and restore the car as it would be great to be able to find a suitable venue for the restoration and get stuck in. Funds and time are in short supply - and any 'spare funds' we have will have to be found between now and May as I am determined to do the Challenge in the Red Baron and get that car sorted...

OK, here's my rather wordy draft: PICTURES TO FOLLOW

It's a low mileage 1978 Citroën GS1220 Club 4-speed in blue. Although in need of work, the car had been in regular use up until 2008 when it was taken off the road for some restoration. The car was not touched much after that and not wishing to see such a rare Citroën get turned into parts and baked bean cans we took over the reins in March 2010. Although we had no workshop or facilities available to do the work we were sure that, by now, we would have found a suitable venue for its restoration.

What's more we planned to not only restore the car, but to create a 1975 GS instead. Why? Well, we were keen to create an homage to the Citroën works WRC rally GS as driven by Claude Laurent - in particular echoing the look of the Monte Carlo Rally car.

In fact making the 1978 GS a 1975 one instead was sort of forced upon us because the new rear wings we sourced were of the earlier type anyway. Not a big problem as we also have a pair of the earlier rear light units and it's a simple job to remove the 1978 trim strip from the boot. As for the grille: that identifies it as a 1978+ car so although not quite there, I was able to find a new 1977 grille which still has the honeycomb shape we were after (this will be for sale separately). But a major consideration was the colour: perfect for the car we were trying to emulate.

OK. That's a bit of the background. Where do we find the project today? It's stalled to be honest. We have singularly failed to find a suitable place to store and work on the car. With winter proper on the horizon we do feel now is the time to face the fact someone, somewhere might be able to take on this project. It's what the car deserves. There are only 44 RHD GS's of any kind on on the road, and only 9 GS1220 Clubs are licensed (another 12 including this one are on a SORN) so it is important that this delightful - and historically significant little Citroën is preserved.

It's not necessary, of course to make this a rally car look-alike, but it would be relatively easy over and above what the car needs anyway.

So on to the car:

First the good things:
The car is complete.
The engine and gearbox are good and will not need any significant work. The Solex carb is in fine fettle having been rebuilt.
New plugs and points fitted.
The hydraulics are in fully working order and it's got new LHM in it having had the reservoir/filters cleaned. There are no LHM leaks.
The tyres are perfectly serviceable.
The lights are very good condition, and there are new sidelight covers with the car.
The interior is in very reasonable condition, but there are vinyl seat covers on the seats as the driver's seat fabric is worn.
Generally apart from the areas in the following list, the car is in nice, clean condition.
The suspension components are in good order.
Steering rack is fine.
The front subframe from what we can see looks in pretty good shape and I think this is down to the oil that was everywhere. It's been cleaned up now. There will always be oil leaks on these engines, but there is nothing serious. The rear subframe is in fair order and will be fine after a minor refurb.

But it's fair to say this is nothing more than might be expected on a GS project; and certainly not beyond the capabilities of a moderately skilled enthusiast with the right tools at hand.

Once repaired there will obviously be some painting required. We were going to paint the roof white as per the rally car.

Other items needing attention: HT leads need replacing. Although it fires up OK, it would benefit from a new coil (a new Lucas unit supplied).
We were intending to replace the flywheel as the starter ring's worn. There is a replacement supplied.
The exhaust has a slight blow. The nsf outer driveshaft boot is split and all the grease has come out, both lower ball joints are worn as the boots have split.

She runs and drives well except the front brake discs are a bit rusty and they judder when you try to stop. They will clean up with wear and the pads look almost new… essentially these are the sort of things you might expect from a restoration project.

Also included is an invaluable workshop manual which being so comprehensive will be a huge help in getting the car sorted. It is full of diagrams for special tools for doing all sorts of jobs on GSs, one of which is rather large but it allows the entire body shell to be removed from the front and rear subframes without having to disassemble the whole pipe system. It gives all the dimensions and all the materials and it is easy to construct. There are loads of tools that can be fabricated for lots of other jobs.

There will be other things and there's no way I can guarantee a restorer won't find other things in need of attention along the way but this is a good starting point.

The car can be seen running but is not road legal so will need trailering from Worthing, W.Sussex.

PM me or contact me on the e-mail below. 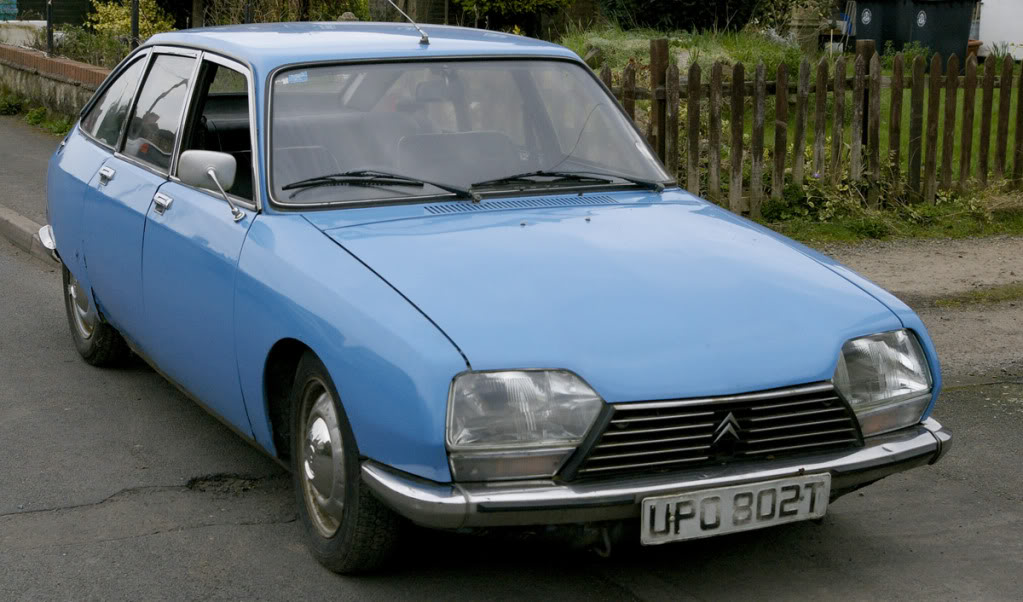 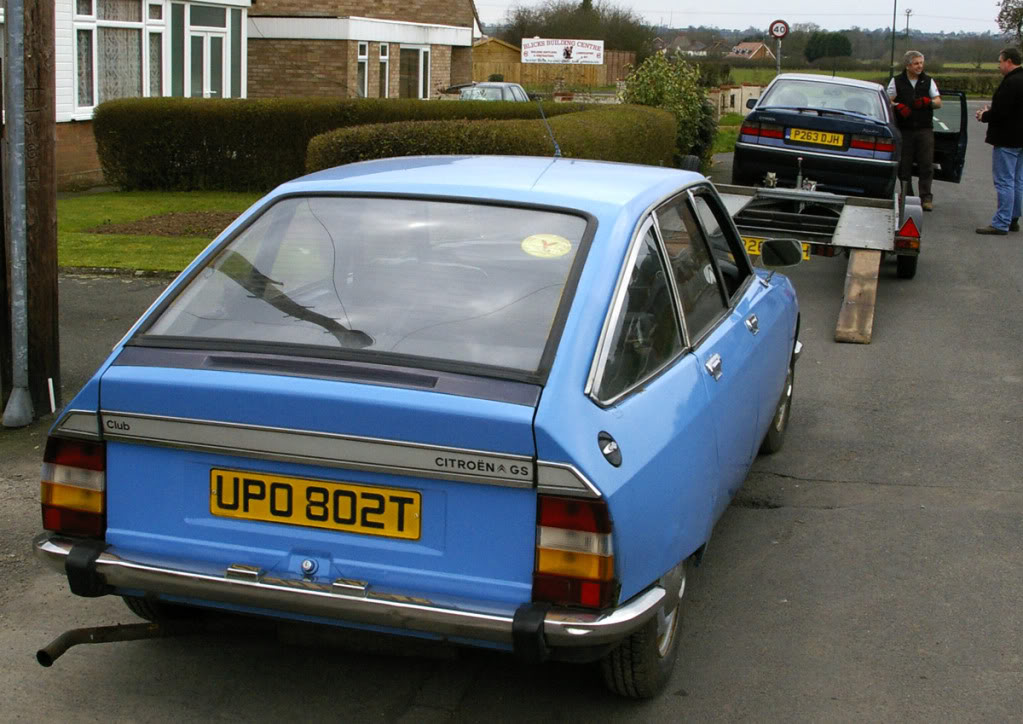 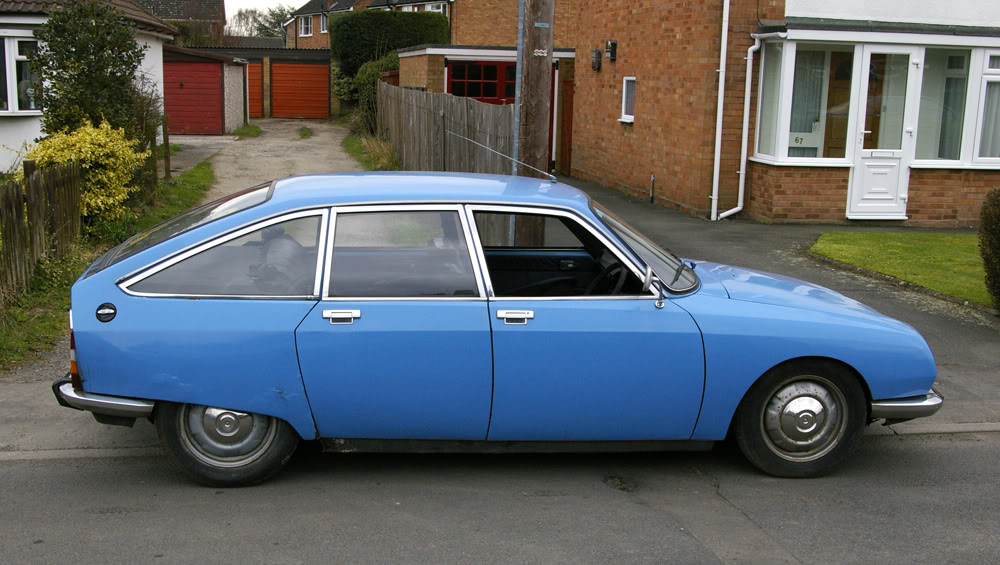 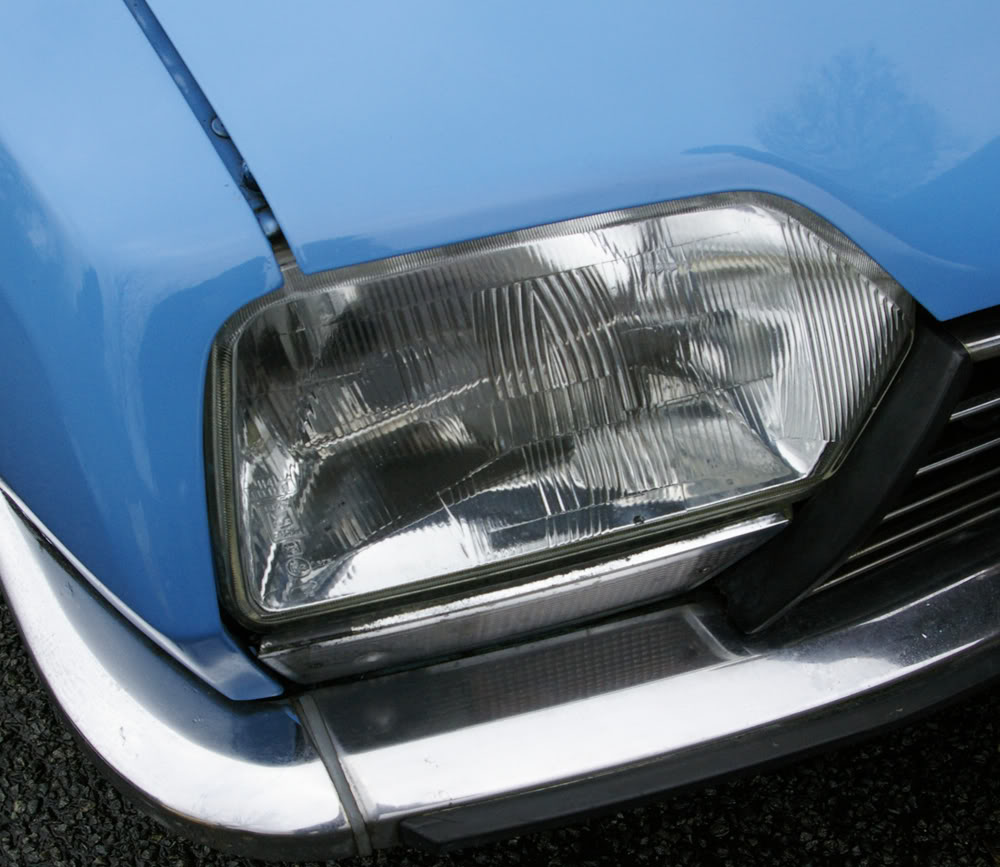 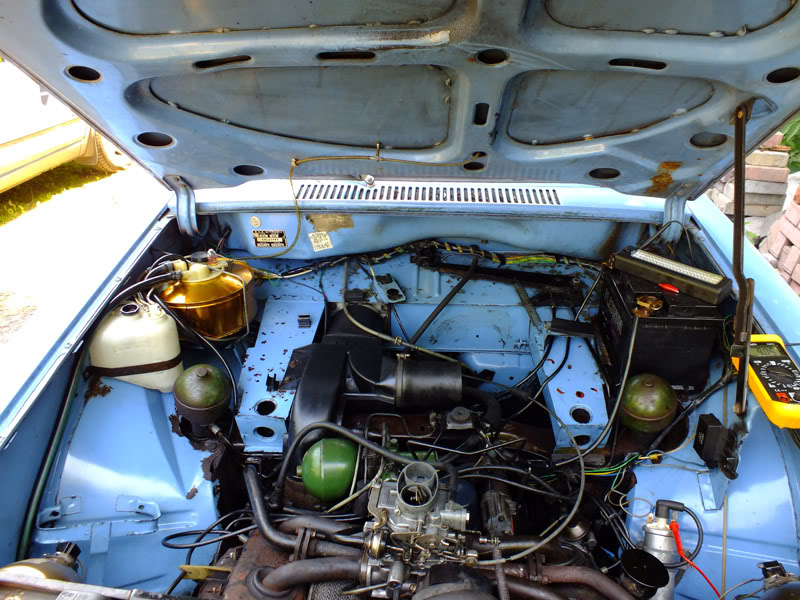 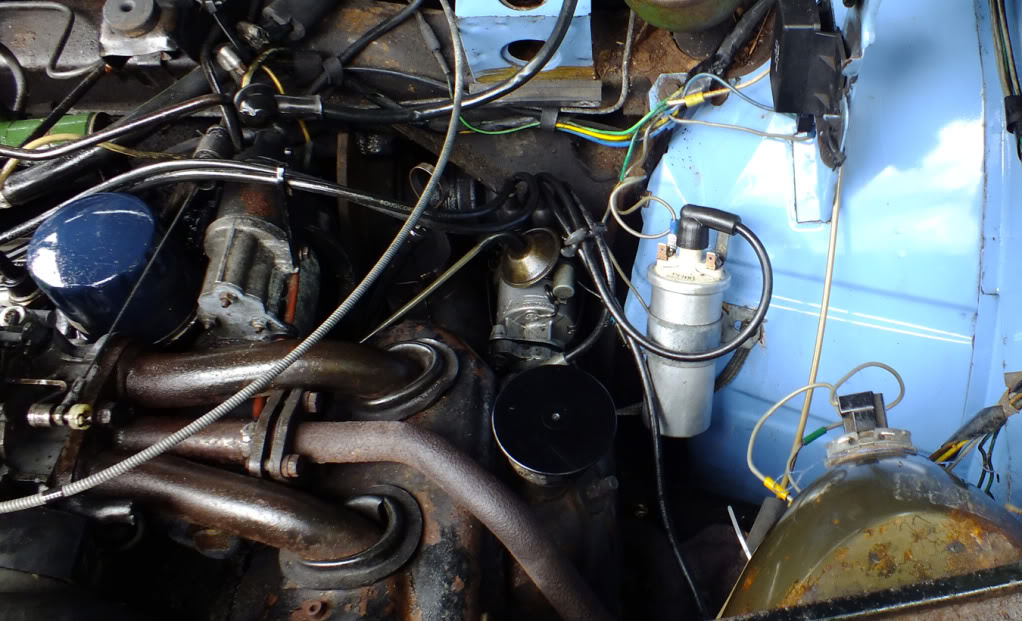 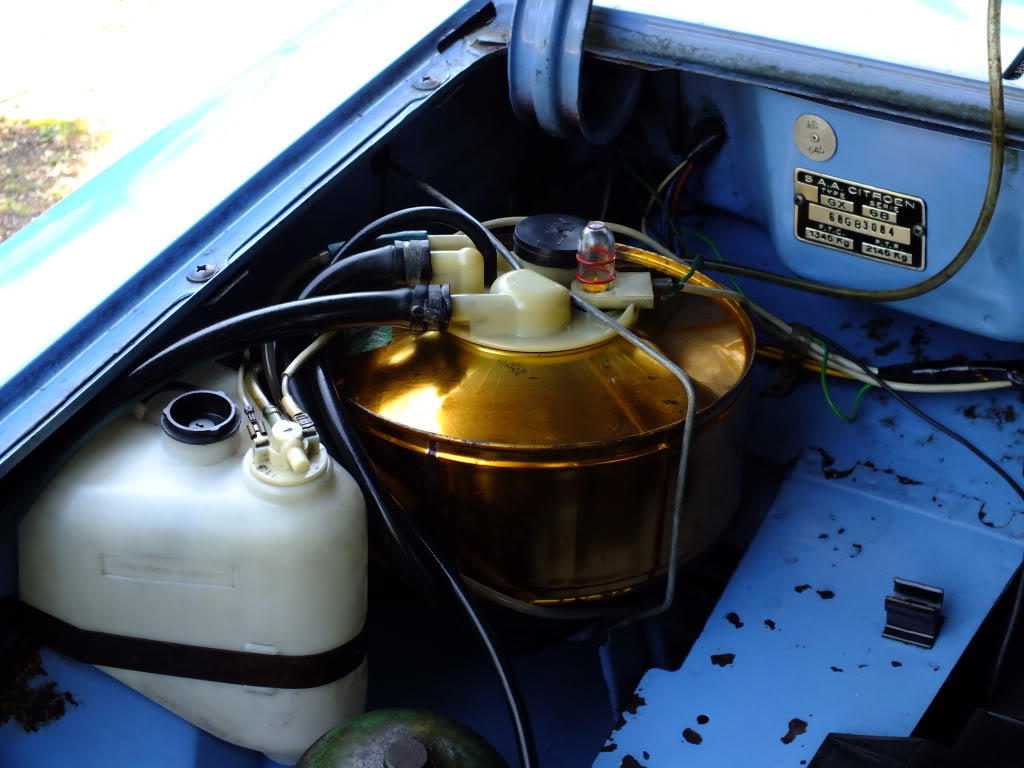 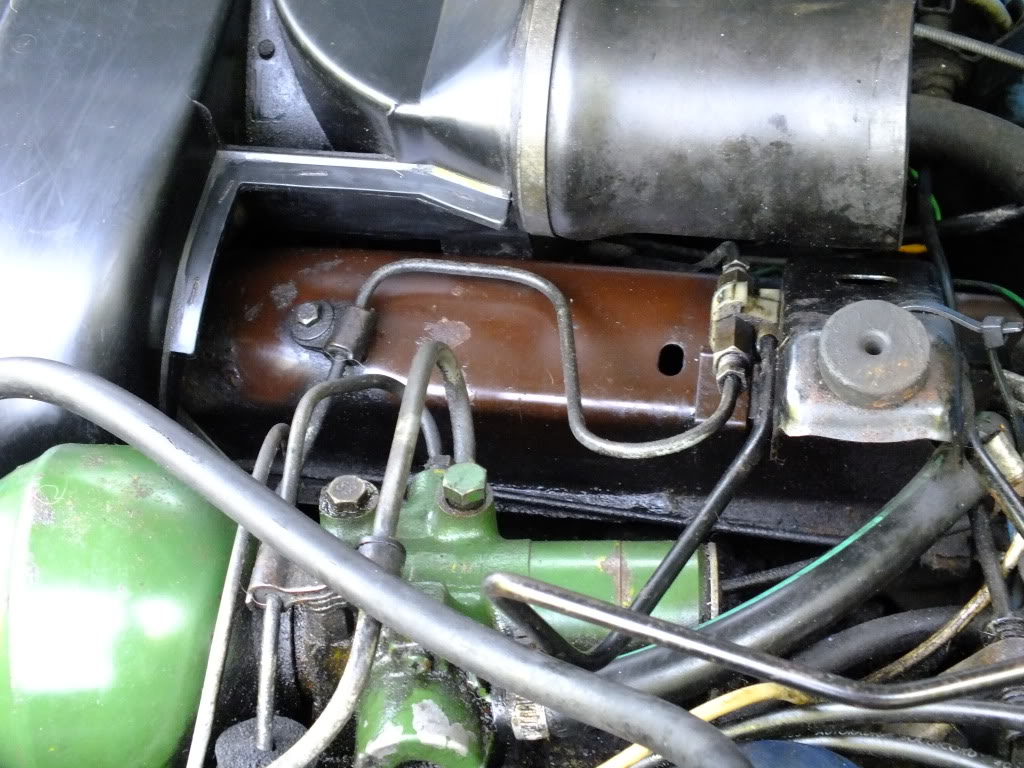 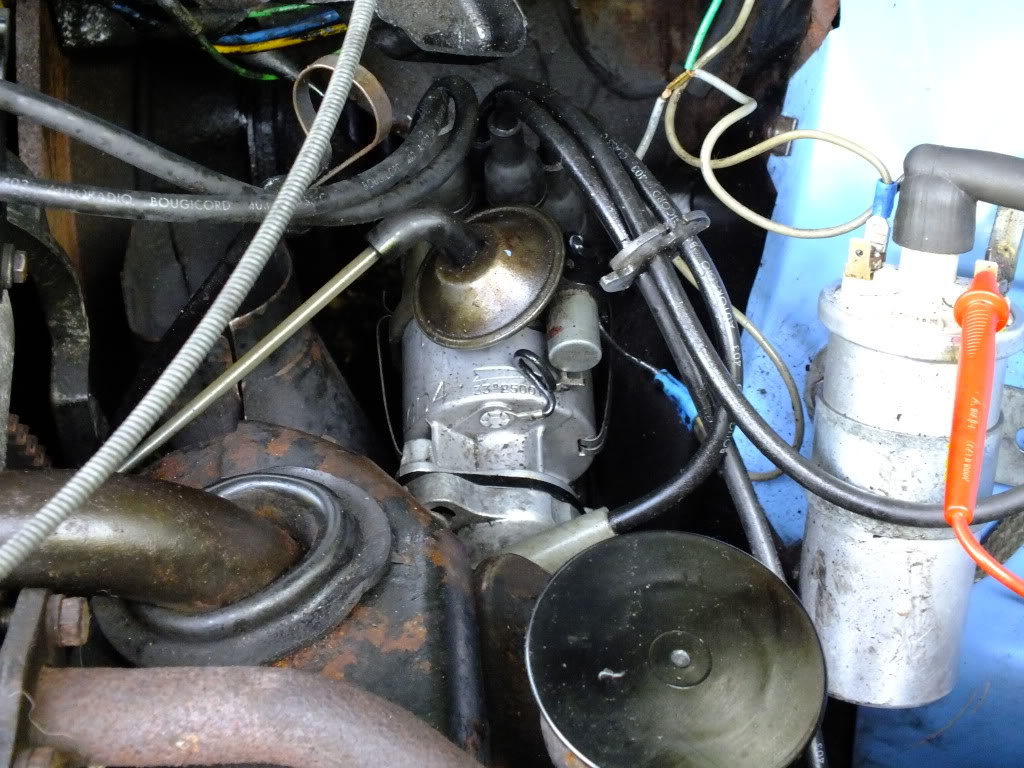 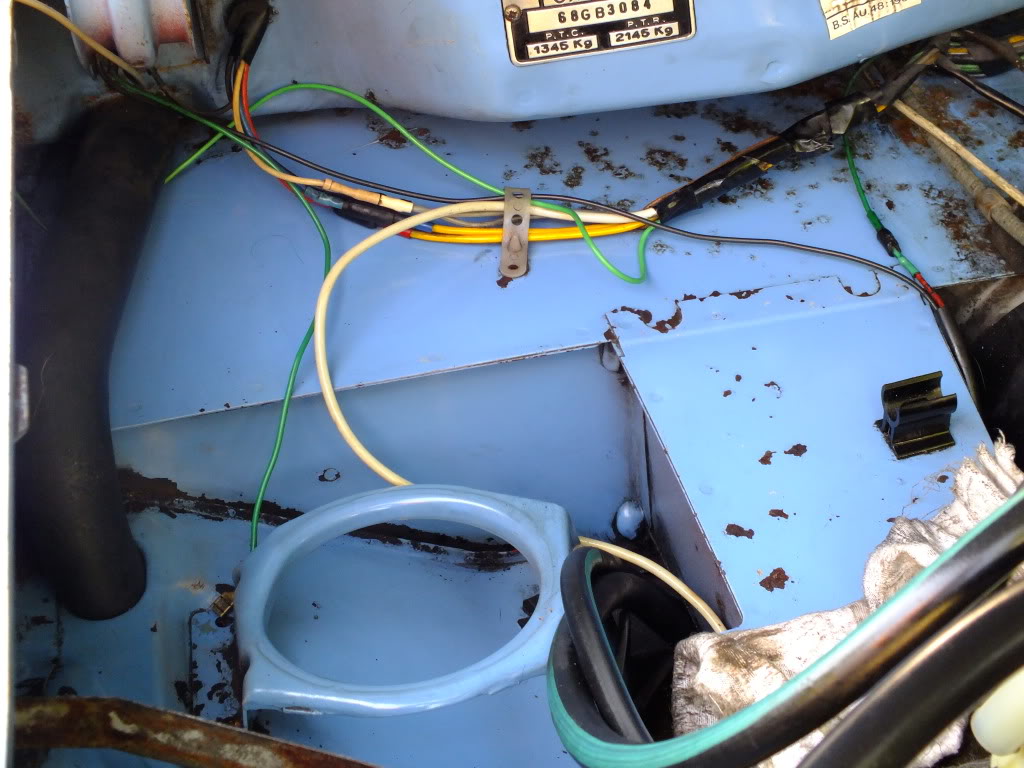 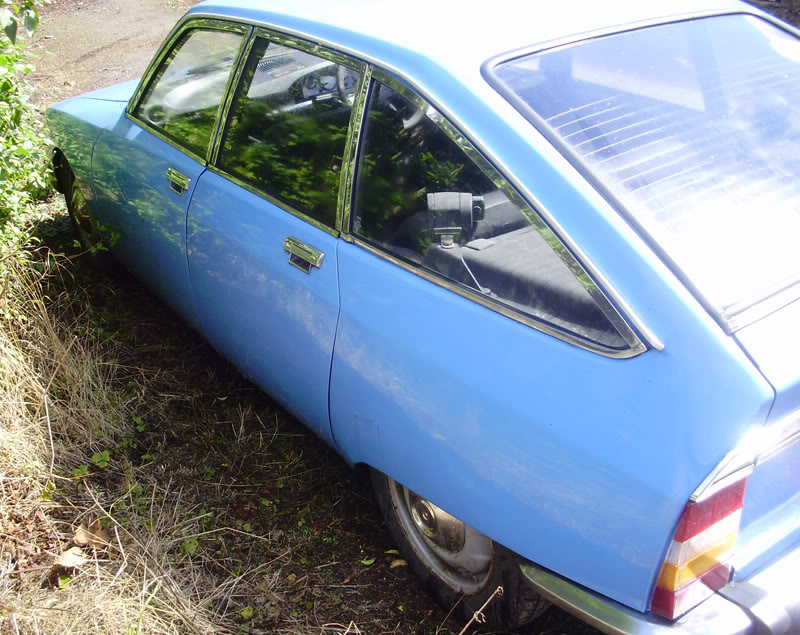 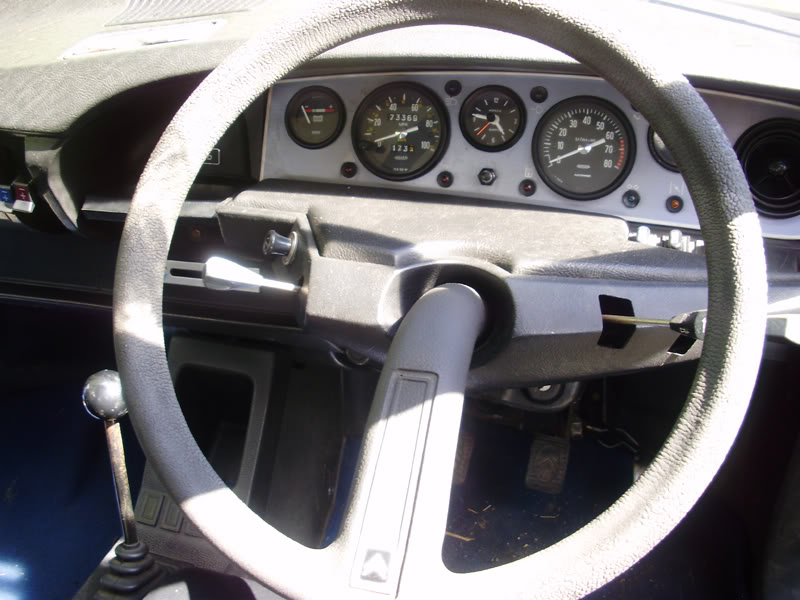 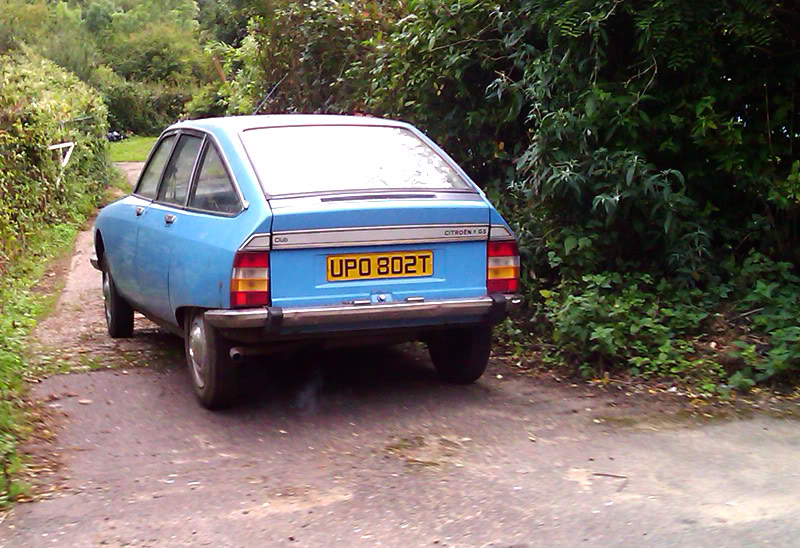 This is the car we were going to emulate: Well, a model of it anyway: 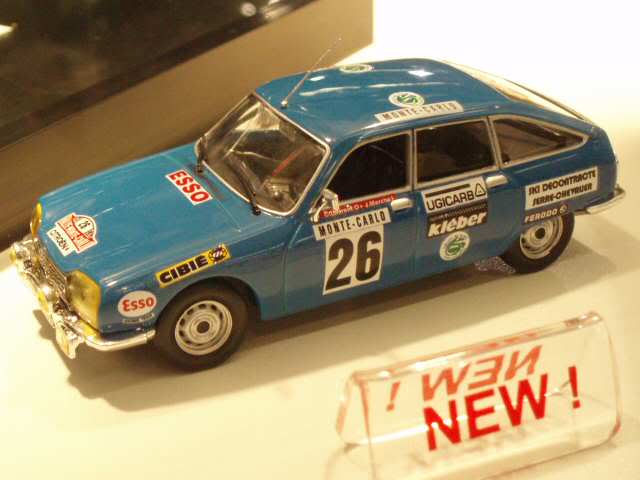 I spotted it on Ebay - damn shame you have to sell. If you lived closer I'd have let you have some space in the barn before I filled it, but Wiltshire is a bit of a trek for you I imagine.

From what I can see, and remember from earlier pictures, I recon a few days work would have it ready for an MOT if not finished - it certainly looks smarter than mine

Getting some interest, so I think it will go to a good home in the end.

Sad to sell it, but what with somewhat difficult projections for the coming months it's an inevitable casualty.