This is what I did this morning - picked up the black 16v that I bought off ebay last week for €302. Luckily it was only 20kms away from here but I had to go and collect the hire trailer then get a bit lost down some picturesque lanes.

Here's the previous owner Udo whose father bought the car in 1989 from the nearest Citroen dealer 'Göhm' where it had been used as a demonstrator. It's got a catalyser and is black, hence : Black Cat 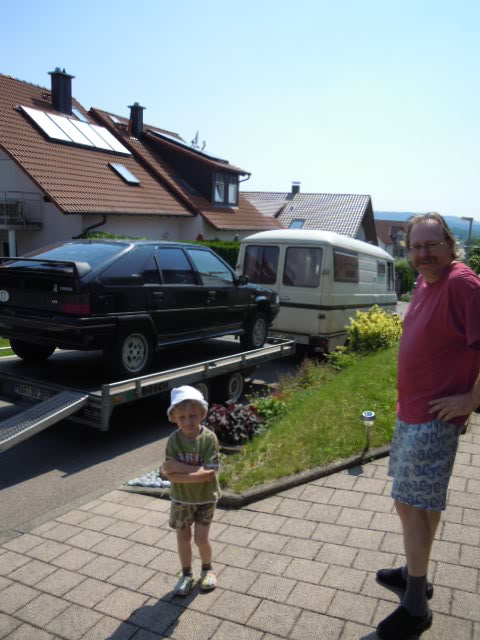 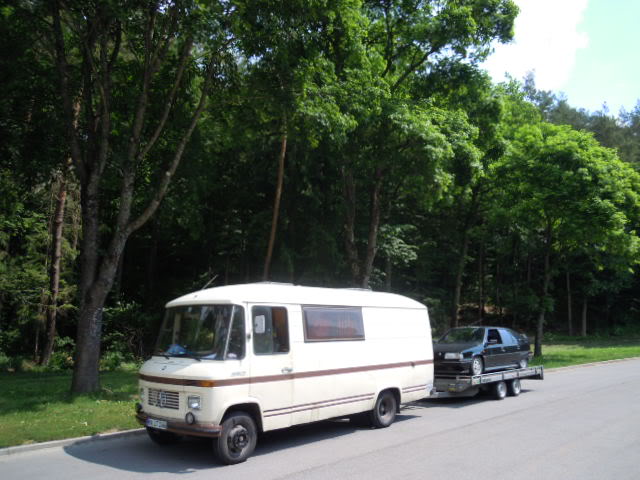 Offloading outside the barn 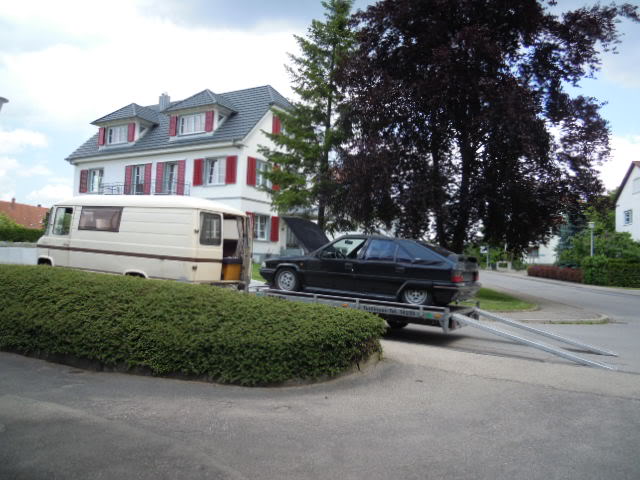 Just about fits into the barn. Cosying up to the Red Rat who doesn't have a cat and is therefore more of a man! The foglights have been removed and replaced with bits of steel (?).. and finally : I have a splitter of my own! 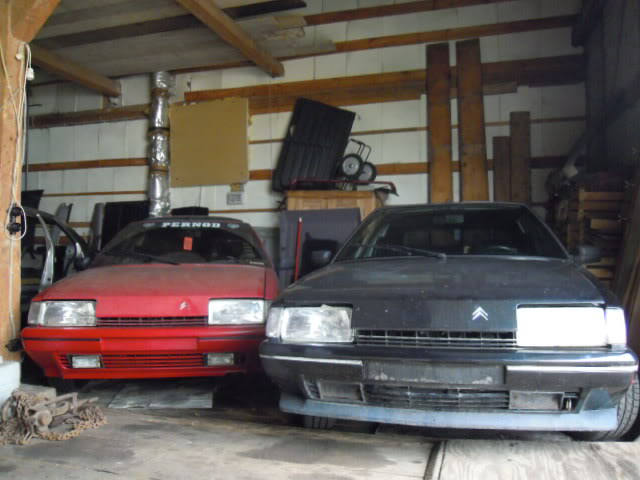 The line-up in the barn now. Soon the breaker TRD will be totally reduced and and there will be a bit more elbow room. Under the cover left of pic is my '85 TRD, awaiting restoration.. 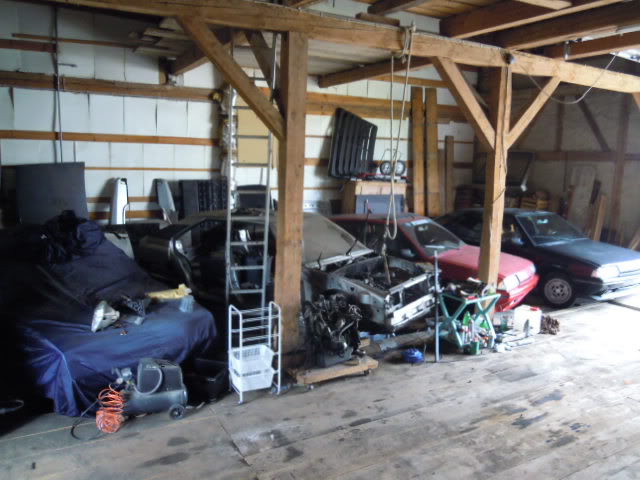 On the way back after dropping the trailer off. These are 'plague crosses' dating from around 1630 - erected as a plague warning ( I think it's all cleared up now). 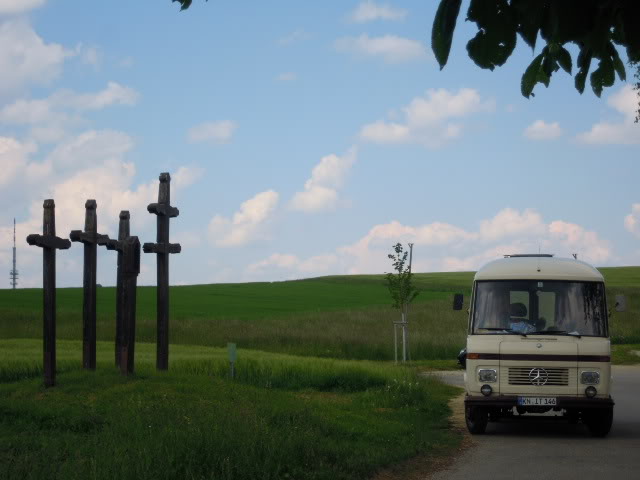 'Citroen BX, tow car of the year'. Not sure that's quite what they had in mind!? Looks nice - good luck with that Todd.
Top

Love the merc van/camper! Barn looks like the kind of thing I need, sadly very few and far between in the UK! Bx looks ok too

Is it just me or is that barn just a bit sexual....
Lots of Motors, mostly semi broken....
Top

It's just you. Mind you, I imagine you could have some high old times with that compressor and a paint gun - well, if you were that way inclined.

It's just you. Mind you, you could have some high old times with that compressor and a paint gun - well, if you were that way inclined.

Where did I put that brain bleach?

Looks like that'll be a nice car once it's all tidied up, congrats on acquiring a bargain!
Diagonally parked in a parallel universe
1991 TZD hatch (Triton Green)
1992 Hurricane
Top

WTF have you been smoking?!!

It has good potential to be very sexual, all the props are there!

I do like the louvre, reckon one would look pretty awesome on my GT!
I'm not a Saint, or a James, but a Tom Saint-James!

Because the cars are at an angle, it looks like they are giving you a cheeky wink as you walk in

Well, that's great that the barn is 'sexy'

I never considered that before. You should see the other side - where there could be parking for another four BXs - which is full of building materials : it would be quite hard to get aroused by a load of old wheel barrows/ducting/insulation/wood etc.

Yes that is a rear louvre on the wall, another is now fitted to the Red Rat 16v, I think the Black Cat will get one too in due course though I only had one fitting kit.

I did some fairly desultory poking and pulling at the TRD wreck, whacked myself on the head with a scaffolding breaker bar trying to get one of the front wishbones off (ouch!) then gave up and sat in my new aquisition and played with the radio which is surprisingly good. I suppose I'm fully infested with the plague now!
Todd

toddao wrote: it would be quite hard to get aroused by a load of old wheel barrows/ducting/insulation/wood etc.

Can provide some photos of said wheelbarrows and wood ( naked of course) if demand is high enough..

There's also quite a few of those Accro props for holding up buildings under construction.. phwoarrrrrrrr!

Back to the Black Cat however.. the other 16v that was for sale on ebay last week went for €705. Lower mileage but also without TÜV and leaking fuel lines. Probably a case of it being in the middle of Germany and easier to access by the diverse BX fans. Whereas I seem to be the only one down here in the deep south.
Todd

I think you did well there Todd. Looking at that white one, the rust around the windscreen would worry me more than some leaky pipes.
Top
Messages: 19