That's what I was trying to do with mine, remove it from the holder. The guy at the parts shop said it was possible to remove the bulb, but that it would break, and then insert the fresh bulb.

In the end, he'd provided the wrong bulb anyway so I crushed it in my palm in disgust (this part may or may not be true).
Martin

With the clock bulb holder, there are two small clamp things on either side of the bulb that hold it in place (as you look down on the bulb you should see a silver square going round the bulb), what I did was lever both sides up and it brings the bulb up with them. Then just put the silver bits back in the holder and shoved an LED in.
'02 Clio Dynamique 1.2 16v - 92K - Sold
'09 Yamaha YBR 125 - 1100 miles
'93 Bx 17 TZD Turbo - 240K - The Aubergine

Those lights should be obligatory : once you've tested them you cann't go back with the old lightning bugs
They increase the contrast and give more life all around you
And I'm not yet speaking of the colored ones witch completly change the atmosphere in the car


That's what I was trying to do with mine, remove it from the holder. The guy at the parts shop said it was possible to remove the bulb, but that it would break, and then insert the fresh bulb.

I assume that it's the same bulb type as the rest of the dash?

If so, I generally manage to get them out with a bit of wobbling, but for some reason (possibly how long they've been there) a lot of the ones on Timex I've had to grab them with pliers and break them out. Any bits left behind can then be removed with tweezers before pushing the new bulb into place.
Mike Sims
BX 19RD Estate Mk1 - Timex!
BX 4X4 Estate - Oh god, I've done it again!
BX 17RD MK1 - it called to me!
BX14 TGE, - SOLD
XM Turbo SD,GS Club Estate,Visa 17D Leader,HY Pickup,Dyane Nomad,Dyane 6,2CV AZL,Falcon S,Trabant P50,3x Land Rovers (88" series 1,109" series 2a FFR,series 2a Marshall ambulance),DKW F7, Lambretta LD150 x 1.5,Mobylette SP93,Ural Cossack,Ural M63,CZ 250 Sport,Honda Varadero 125,lots of bicycles & tricycles including (but not only) Sunbeams,Higgins & Bates!
Top

Just a few phone pics of my car after work today. 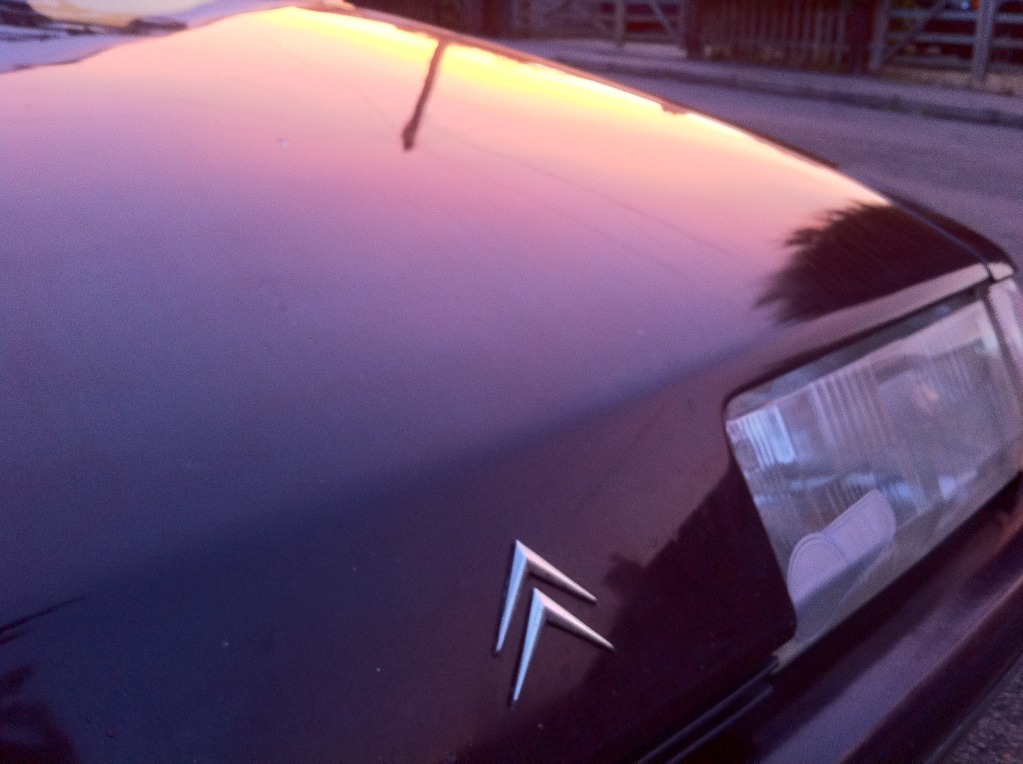 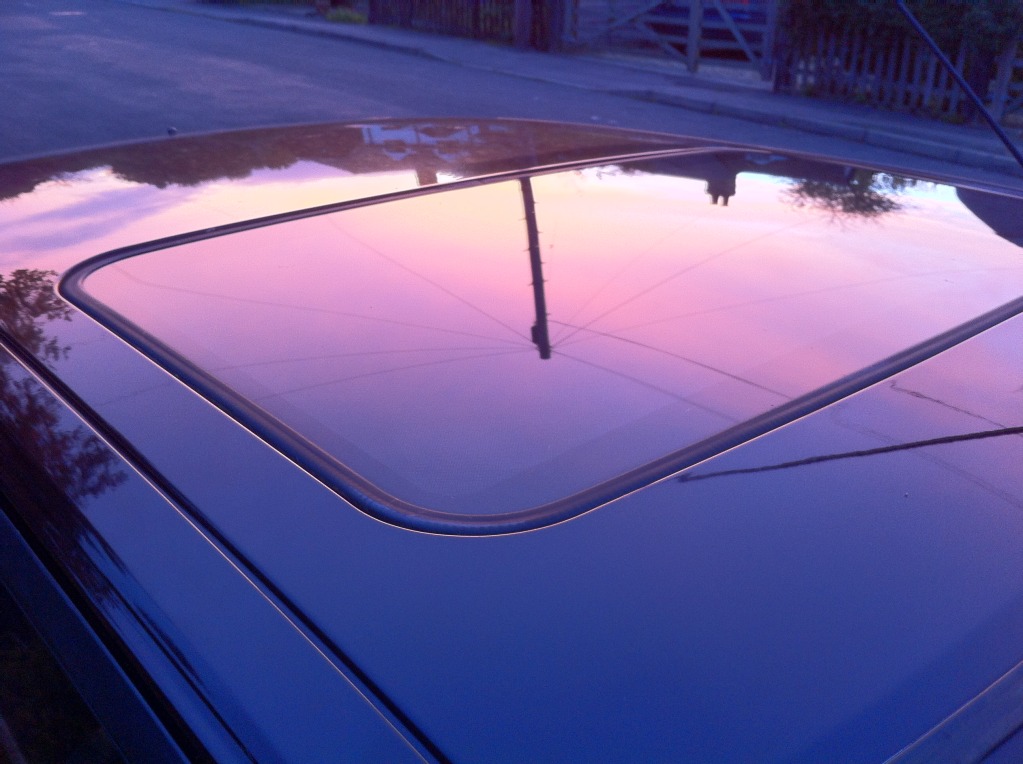 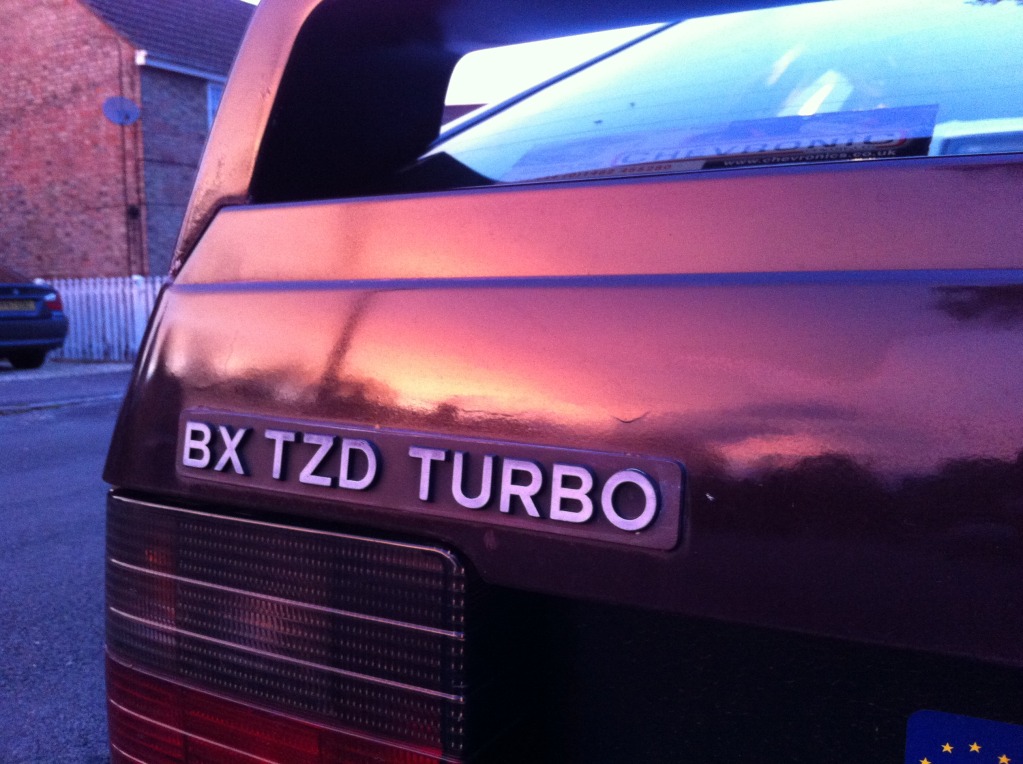 Small update, car's still going strong, went to fill up the her up tonight for the first time since the anniversary trip to France

just shows how much I'm using her at the moment, 650ish on the trip sounds about right, stuck some Millers ecomax in the tank at the same time as its getting Sainsburys own brand.

Haven't had a wet boot floor or rear footwell since rodding the rear drain pipes a few weeks ago. But now the headlining is getting wet from the A post to the B post, just below where the grab handle should be but only on the drivers side. Not too sure if it's the sunroof again or the door seal, I've been advised to try and seal the sunrood surround with vaseline to determine where the leak is coming from so will do that when i can dry the roof abit.

Other than that it hasn't missed a beat

I do park it facing downward on a slight incline... will rod the pipes again, cheers

Haven't had chance to check the drain pipes yet but now it keeps putting the back end into high, so I've been putting it into low and then back to middle to reset it. Height corrector I guess ?

TizzyD wrote: but now it keeps putting the back end into high, so I've been putting it into low and then back to middle to reset it. Height corrector I guess ?

It maybe the bush on the height corrector linkage seizing up, worth giving it a spray with WD40 first to see if this improves it.
But make sure the car is supported with a jack or stands before playing around with the linkage, as being squashed by a BX is not cool.
1992 BX GTi Hurricane x2
1991 BX Meteor 1.9d
1993 BX TXD Turbo, Ice blue
1987 Visa GTi
Top

So, in an odd turn of events, I found the heater blower not working late wednesday night, not a puff no matter what speed I pick, I'll check the motor by plugging the battery into it sometime, if that doesn't work I'll take the centre console out to get to the board where the heater lights are to see if its the contacts on the wheel, and I've just been out to move it and the back end is currently stuck in high and putting it in low doesn't solve it like it did but putting the front end into high then back to normal has fixed it for now (admittedly, I haven't had chance to check the rear hight corrector linkage like Gary mentioned above) but it only seems to play up when the weather get cold

Got the hight corrector issue sorted today, along with a small LHM leak and had the rear hight reset and now she rises and sits perfectly

filled her up tonight, had done 575miles between fills which works out to 47.66mpg from the last tank of Sainsburys finest with added Millers, town and commuting mileage this time without any motorway runs at all plus the odd burst up the dual carriageway with people who don't think I can keep up

Millers ecomax is good stuff. I use it in the XM.
Mark Smith