Buy or sell parts etc. Please put 'Wanted' in the title if it is a request for parts.
Messages: 18

I've finally decided to let my very rare 4x4 GTI hatch go for sale due to not being used and it sitting in the garage not being used.

Its got an MOT until January but I've let the tax run out but I can put new tax on at buyers expense as its still insured.

The car has been kept in the garage all the time I've had it and the previous owner did the same, unfortunately the previous owner had a low sealing and opened the boat into it scratching the spoiler but I have a replacement which just needs painting.

I've done alot of work on it,

work done:
replaced the valve seals,
head gasket,
cam belt,
replaced all the hydraulic pipes in the back half of the car (from the drivers door back roughly, the pipes all seemed good in front of this point)
taken the rear subframe off, painted and put back on (being a 4x4 they're rare and being in good condition I thought it would be a good idea to keep the rust away)
underseal in parts (while the subframe was off I did the top, but it got to cold to finish, I was doing it in december and haven't found the time to finish) but its all painted with red-oxide paint so its all sealed
had the sills welded
replaced oil in rear differential
new stainless exhaust, a bit louder than the original but sounds fantastic

work still to be done:
theirs a squeek coming from the rear arm bearings so probably needs new bearings being put in, not a difficut job but haven't found the time
a bit of rust when you open the door (the usual place) needs dealing with, I started sanding it back (and made a hole) on one door and stopped and have never had time to finish it
one ABS sensor has gone, its been replaced with a resistor to get it through the MOT's but ideally you'd want to fix it, probably just needs the cable replacing

Car's in Birmingham by the way

I'll try and get some pics but someone's parked there car in front of my garage at the moment!!!

I would say you will get £600 for the 4x4 everyday of the week, tatty diesels have fetched that lately, i'll buy it at £600 as I would love another 4x4

, it can keep the valver company.

You'd better get some tax on the car or cancel the insurance. Otherwise DVLA will threaten to repossess your spleen under their new rules.

I do want it though, alot, unfortunately I can't afford another car for a few weeks yet.

I did put a post in chat saying I was thinking of getting a BX. I didn't even suggest a 4x4 even though that would be my first choice, I didn't think I'd ever find one for sale.

Or a 1972 Dyane 6 project, loads of spares and a new chassis maybe of more interest to you?

I forget what cars I have cluttering up the place! That's not a boast by the way, most of them are clutter..
Volvo 940 turbo - thirsty
VW Corrado - quick
Vauxhall Viva coupe - project
Volvo Amazons - projects
Citroen Dyane 6 - awaiting love
Land Rover Defender 130 6.2 V8 - gearbox destroyer (the missus' car)
Top

I am interested in this as well. Please upload some photos if it's possible

ok, finally got an oportunity to take the BX out of the garage and take a few photos

A full gallery is here with shots of the inside <link> 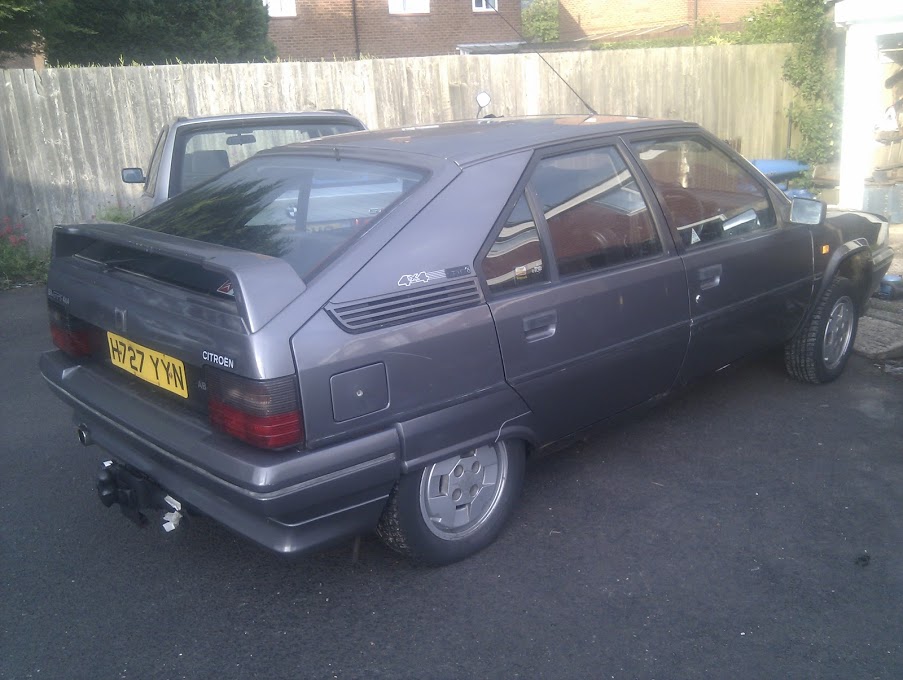 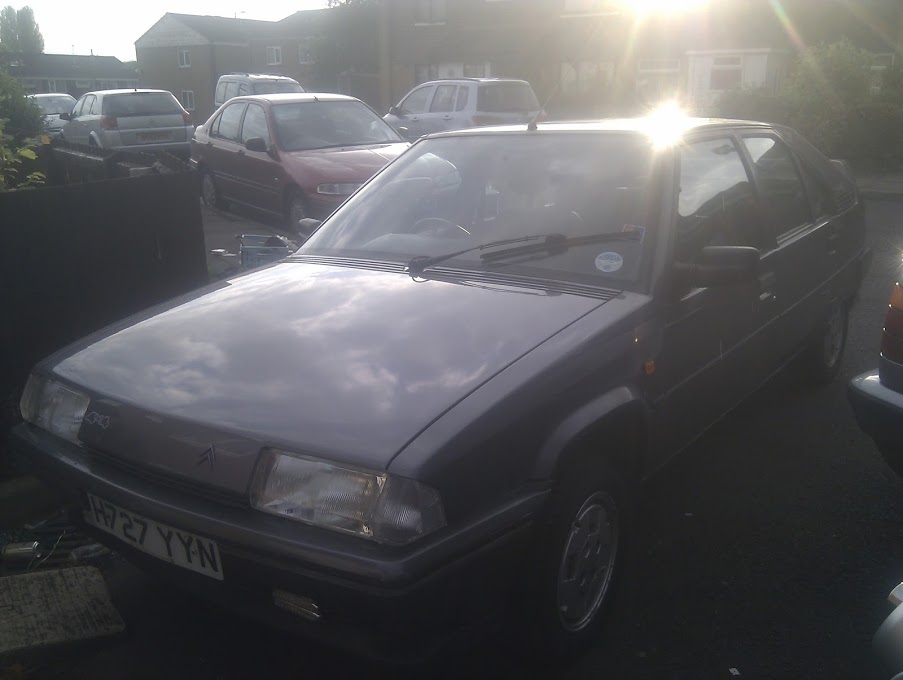 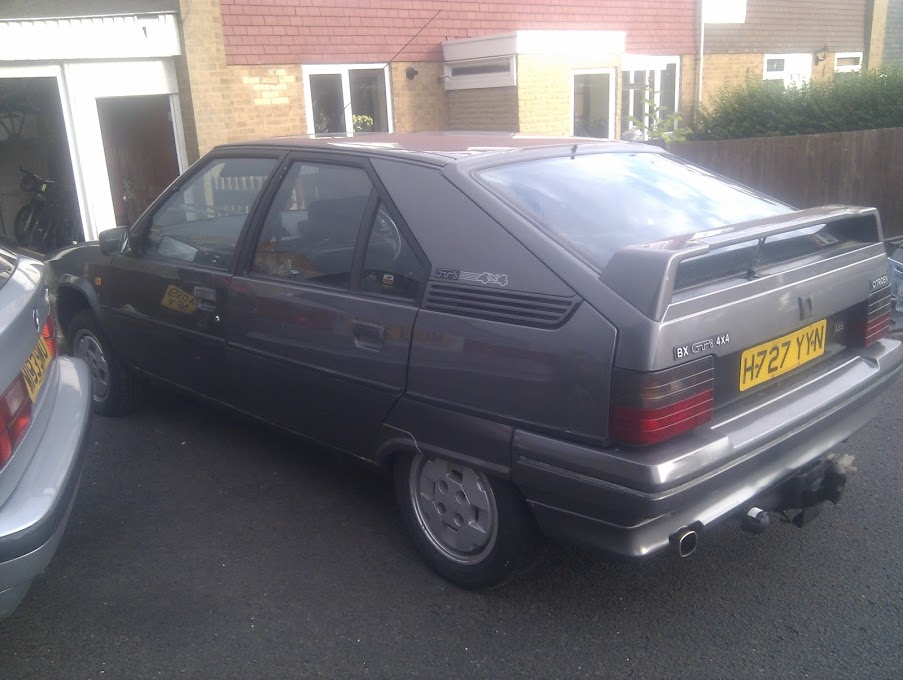 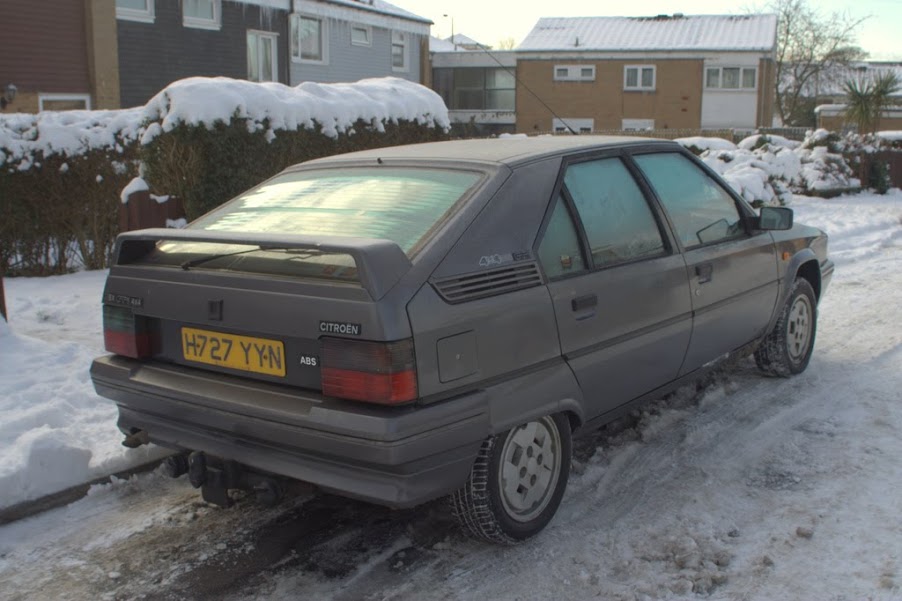 In case anyone's interested, this car is still for sale.

the car hasn't been used since I posted it, its got a bit dusty in the garage since then though