The small group I went with in the two GSAs had an excellent weekend, the adventure carried on after the Aulney visit!

Right, from the top. I drove straight from work up to Somerset to drop off my XM, after a quick hello and shifting of my stuff, drove Ron (A reg GSA Pallas SE) and her owner to Aldershot where we met Chris Salter and John Bradshaw who were going to drive Tiffany (Chris' GSA X1). After a few more hellos, John was eager to get going as we were a little pushed for time, good job he did push us along as we got caught up in a bit of traffic on the way to Dover, thankfully though we made it to the ferry about 15 minutes before cars started boarding. It must have been quite a picture seeing these two GSAs pulling up with their yellow headlights glowing! 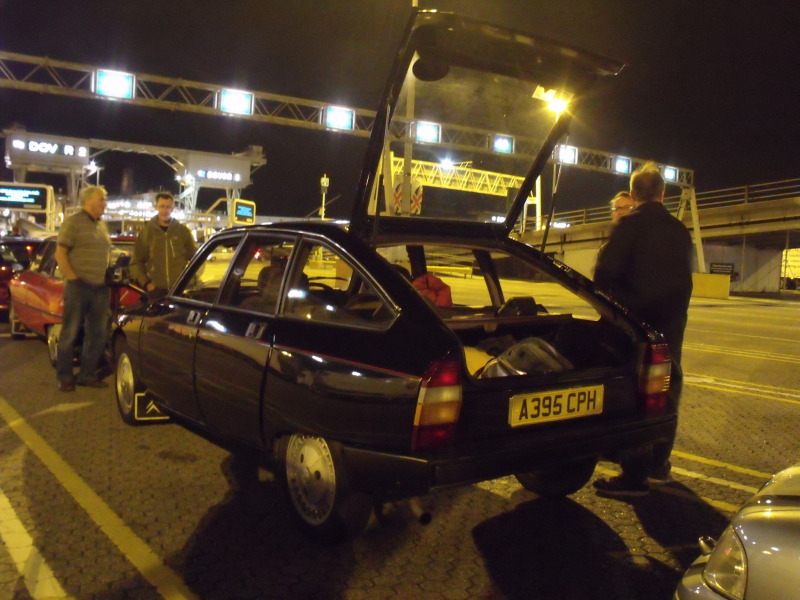 The ferry was a first for me as was leaving the country so that was very exciting. The ferry docked at Dunkerque a little after midnight and we pretty much drove straight off down a motorway for a good 2 hours with a couple of breaks. We did loose each other after one of us missed a turn so plan was to meet at a services down the road. There was a minute of confusion when they said they were waiting in the services and we saw a set of yellow headlights in the distance behind us but that turned out to be a 2CV which quite quickly steamed past us as 2CVs do...

It got to around 3am and we were all getting a bit tired so the 5 of us had a 2 or 3 hour power nap in these 2 GSAs, it was a little squashed for me in particular on the back seat but I slept well. It was nice to get my feet up level with the rest of my body as they were aching terrible!

) we freshened up, grabbed some croissants and got cracking over to Aulney.

The Conservatoire visit was absolutely amazing but that's been covered already. The coffee caught me out as it turned out they were expresso jugs. I wondered why I got funny looks when I grabbed the larger cup and started pouring it in. Suffice to say, not long after the second cup my head started going rather fuzzy and it clicked into place.

When we left Aulney we drove straight to our hotel, well I say straight, we took the 'scenic' route as you might call it. Was very much looking forward to the nights sleep as Friday night was all go.

The next day we ventured in to Paris to do some sight seeing, saw all the usual bits and pieces and some different things. 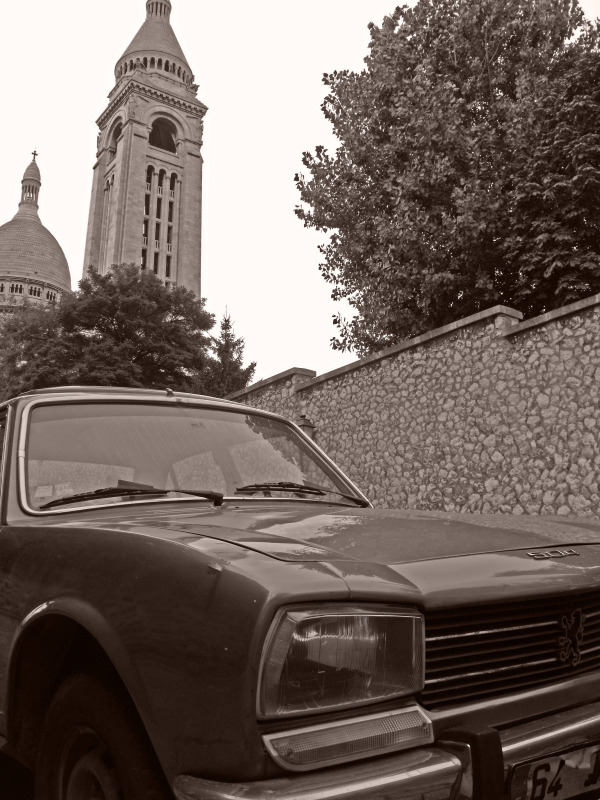 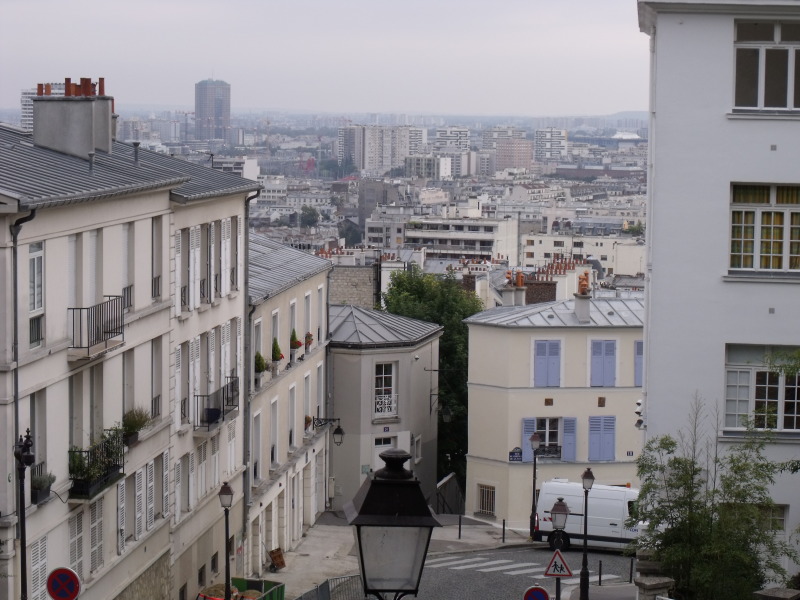 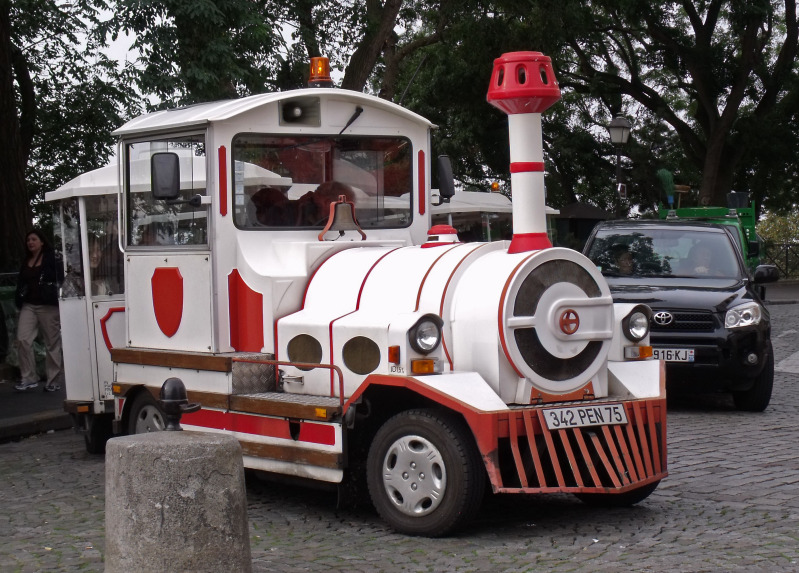 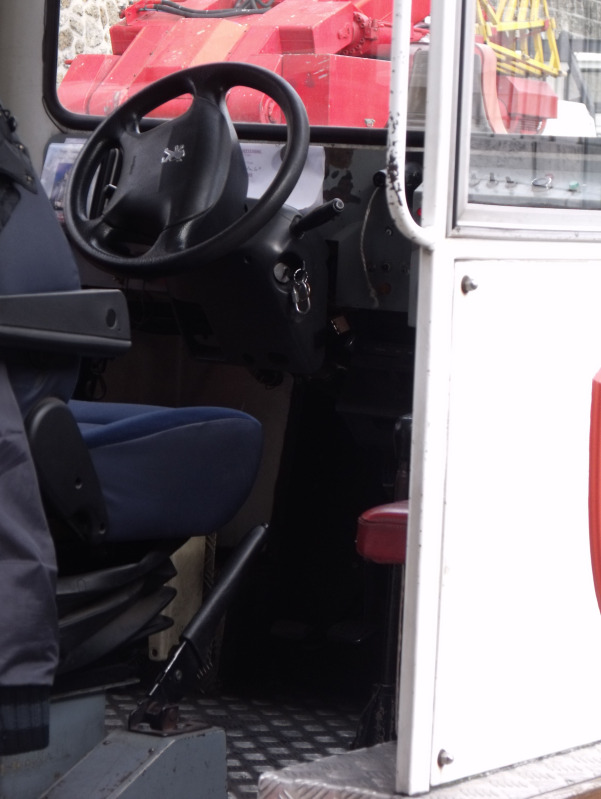 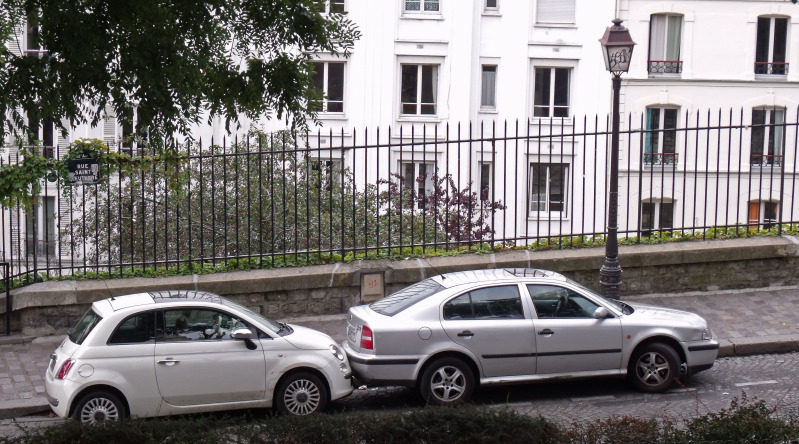 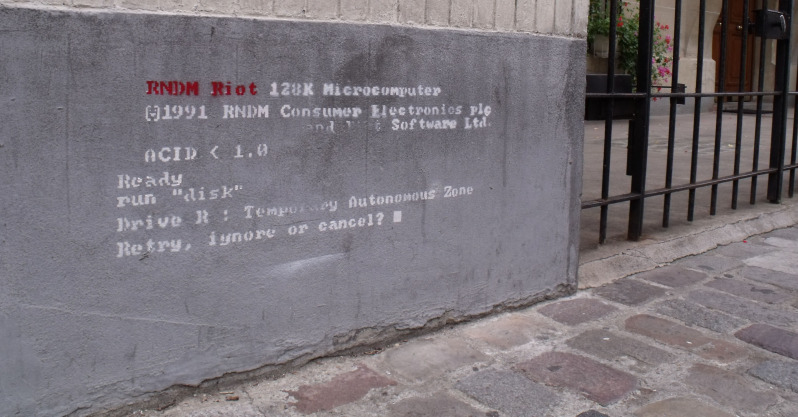 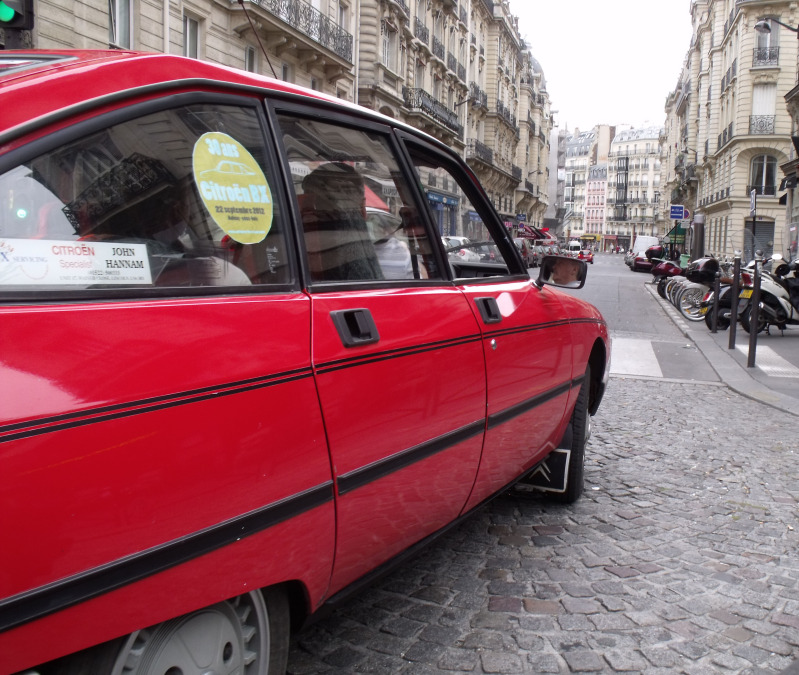 We had some admirers on the Arc, firstly while we were parked up a lady came over and started taking photos, she was a massive G fan, even when we tried to leave she waved her arms about wanting to take one last photo but with all of us standing next to the cars!
Secondly we had a couple of laps around before coming off, a motorbike rider pulled alongside turned around, looked at us smiling, put his arm out and split his fingers to make a double chevron before saying something and darting off again! 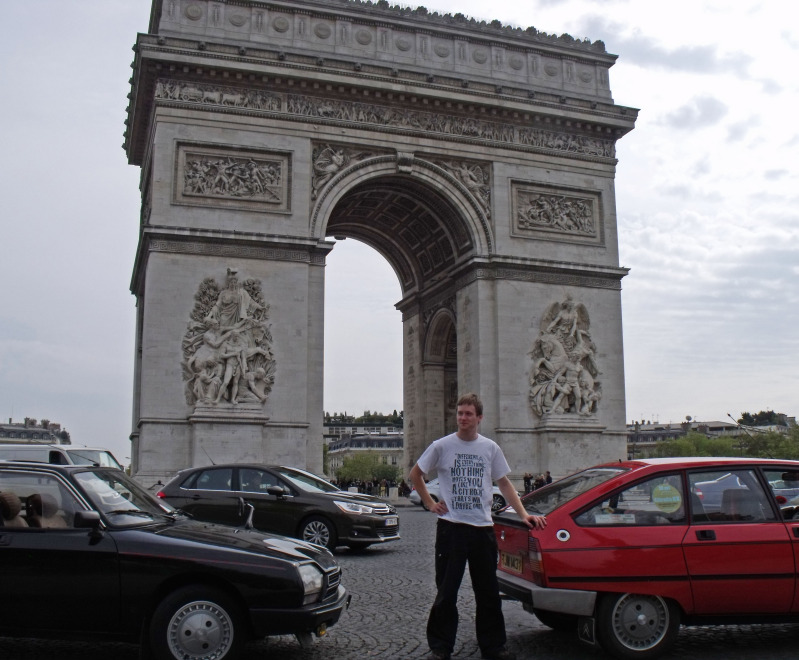 A closed down Citroen showroom on the Champs Elysee 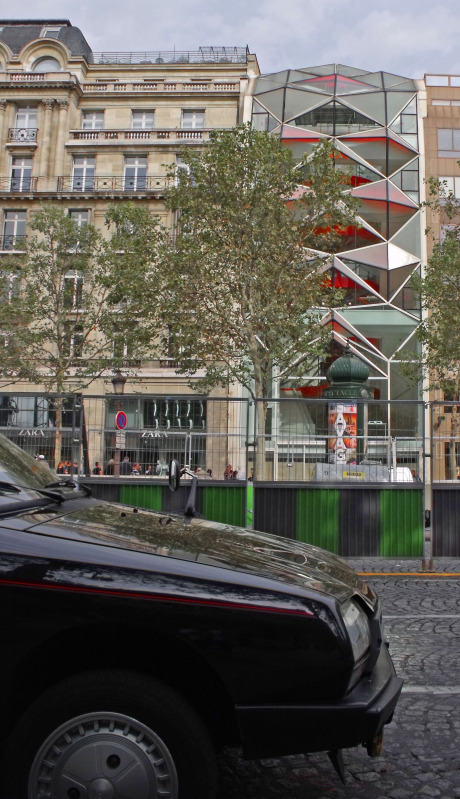 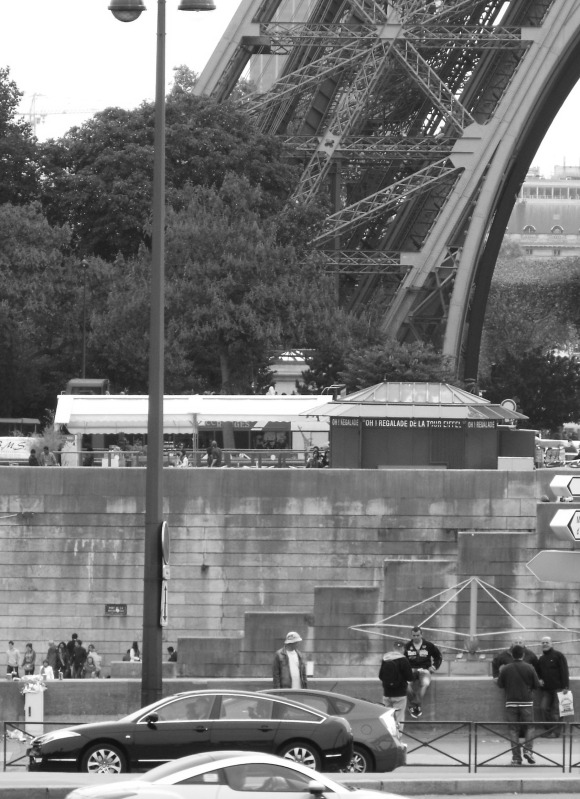 Ooo, whats going on here then? We soon found out that Lady Ga Ga (or Lady G G as she's now known by a few) would soon be arriving! We did wait around for a bit but again John reminded us that time stops for not man, no bad thing though as we saw her as she drove past us coming the other way!

The plan was to catch the 6pm ferry on Sunday, due to one thing or another we actually got the 10pm ferry. A short while into the journey back one of the driveshafts started making a slight knocking noise which gradually got worse, when we crossed the channel and got back to Aldershot we made the decision to crash there for the remainder of the night (we arrived in Aldershot at 3.30am) as neither us nor the car were in a fit state to get all the way back to the South West. The next morning almost came and went for me, got up around lunch time and we were soon off up to Chevronics to get the car sorted. It got to the stage where going around a right hand bend would cause an awful clunking and slight jumping of the car!
We had a good mooch around Chevronics for a bit before driving back in our courtesy car, another GSA! 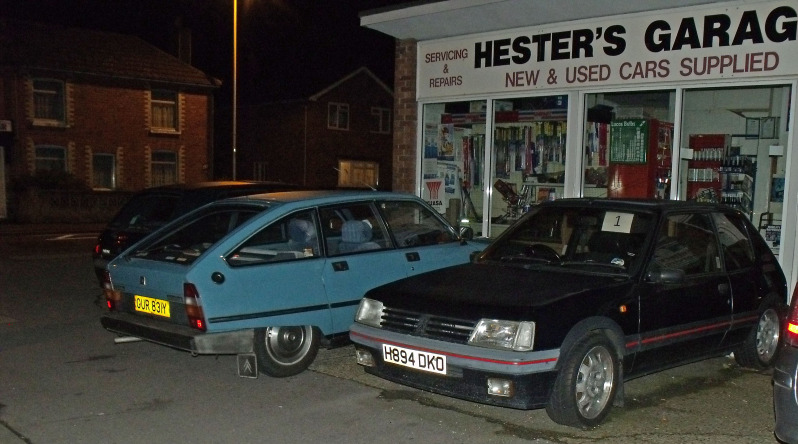 Blimey Citroen must be up shit creek. They've had a showroom there since about 1927. Great pics BTW.

At the Paris Show, where the French car makers had a hard time, 'Volkswagen unveiled a plan to almost double sales in France to 800,000 units by 2018, overtaking Peugeot and Citroen. It also said it will open a huge showroom in the Champs Elysees just across the street from the Renault dealership.'

No mention of Citroen closing their building there though.

I also can see you are now used to Paris parking customs : both GSA are very closed the one to the other facing the "boucherie" ( bucher)

Thank you for all that

Caffiend : it seems your link is a little bit …out of time…or parked diagonaly

: here is where we arrive :
Information
Nous n'avons pas trouvé de vidéo correspondant à votre requête ( we did not find any video corresponding to you request )

My 16V has finally arrived back and Tony and Andrew were able to get the clutch working immediately on removing the bodged extension the French mechanic had added to the new cable we had with us! So but for the incompetence of the French garage we should have driven it back on the Sunday…
Hilary Stone

Looks like it has been moved - try this one now: http://www.wideo.fr/video/c2cd1c16d94s.html" onclick="window.open(this.href);return false;

It seems these pics are coming from Dominique Fallot the man from Citroën Aulnay who spend all the day with us : A big Thank to him

hilarystone wrote:My 16V has finally arrived back and Tony and Andrew were able to get the clutch working immediately on removing the bodged extension the French mechanic had added to the new cable we had with us! So but for the incompetence of the French garage we should have driven it back on the Sunday…

I just apologize for not having knew all that

Maybe we could have find a solve without going to a mecanic : some of the french people who where there are supposed to be good in fitting BXs
I knew a BX back box full of tools

Anyway it's now OK and I'm very glad about that : we now can say everybody and every car is back home again

Me, Chris and Grant enjoyed France so much that are going over again this weekend. We're arriving at Le Havre but what will happen from there I don't know!
Kev

My 16V has finally arrived back and Tony and Andrew were able to get the clutch working immediately on removing the bodged extension the French mechanic had added to the new cable we had with us! So but for the incompetence of the French garage we should have driven it back on the Sunday…

Glad it was nothing serious

Me, Chris and Grant enjoyed France so much that are going over again this weekend. We're arriving at Le Havre but what will happen from there I don't know!

Will Annabelle be at work

Or maybe Samantha is going to do it

Unfortunatly it is not so close to mine and I'm only going there at the end of this month : I'm not sure you can wait untill then

Anyway have fun : just hope some pics will follow