Timex lives! Sort of anyway. Finished bolting everything together this evening and after what seemed an age (I had to try priming it several times) it rumbled into life. I had a split leakback pipe on the injectors (sorted by trimming the end) and tightened a cover plate on the head to curer a slight water leak and it seems to run well.

Well the fuel leak seems to have cured itself. Considering the early head is supposed to produce several bhp less than the later one, the head I removed was knackered! The engine is definately quieter than it was (the straight camshaft probably helps there!), it seems to fire up without even turning over as soon as the glowplug light goes out, and is smoother at lower revs. For the first time I can remove the radiator cap several hours after a run without it either throwing water at me or needing topping up! I've not pushed it hard yet as I always treat them gently after a new head gasket (a legacy of owning a Skoda Rapid that would spit it's gasket out at the drop of a hat), and I want to double check a couple of things before a run longer than the 9 miles to work (planning a longer trip tomorrow) but I wouldn't mind betting performance is at least as good as before!

I do have to sort the exhaust though - I can hear it much more now the engine is quieter! I have ordered a couple of clamps, just need the intermediate pipe now, but the ones on Ebay don't seem to be listed too clearly, and of course giving them my registration will result in the wrong part (if it recognises it at all - I know Citroen doesn't!)
Mike Sims
BX 19RD Estate Mk1 - Timex!
BX 4X4 Estate - Oh god, I've done it again!
BX 17RD MK1 - it called to me!
BX14 TGE, - SOLD
XM Turbo SD,GS Club Estate,Visa 17D Leader,HY Pickup,Dyane Nomad,Dyane 6,2CV AZL,Falcon S,Trabant P50,3x Land Rovers (88" series 1,109" series 2a FFR,series 2a Marshall ambulance),DKW F7, Lambretta LD150 x 1.5,Mobylette SP93,Ural Cossack,Ural M63,CZ 250 Sport,Honda Varadero 125,lots of bicycles & tricycles including (but not only) Sunbeams,Higgins & Bates!
Top

Finally managed to upload a load of pics from the camera, so here goes:

As Timex looked before, with early 1989 engine (and I assume gearbox!), with what I thought at the time was a blown head gasket: 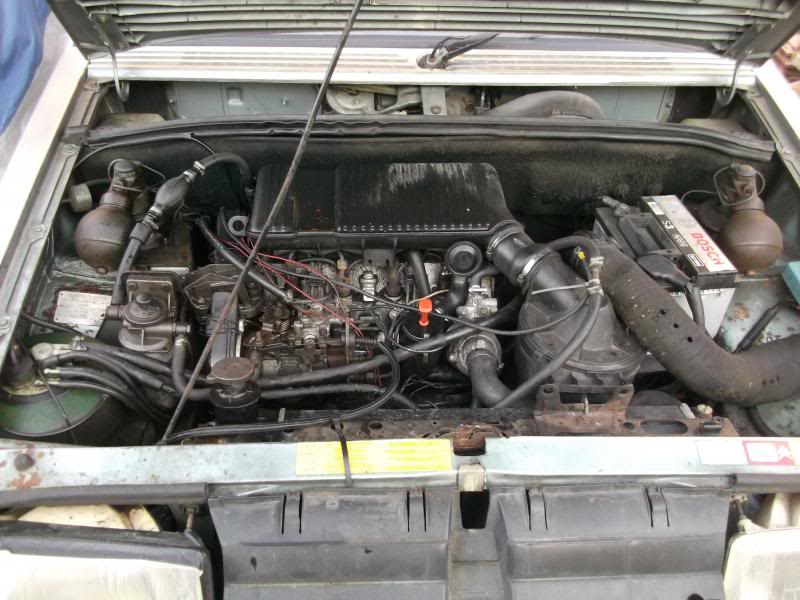 This breather pipe was split - so that's where the oil was coming from (this time!) 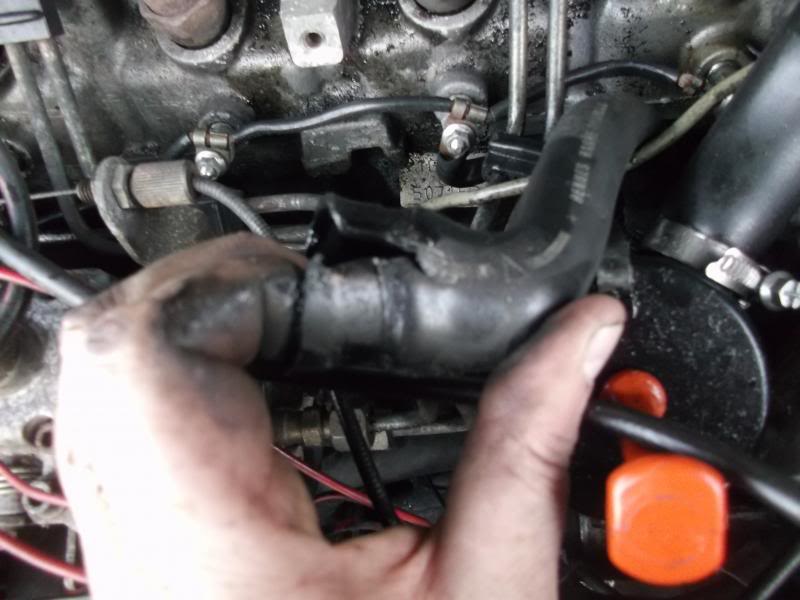 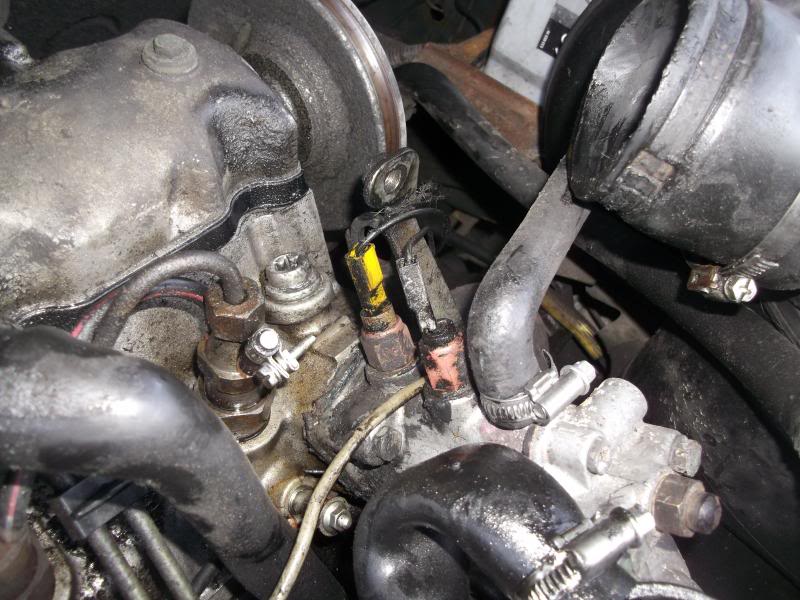 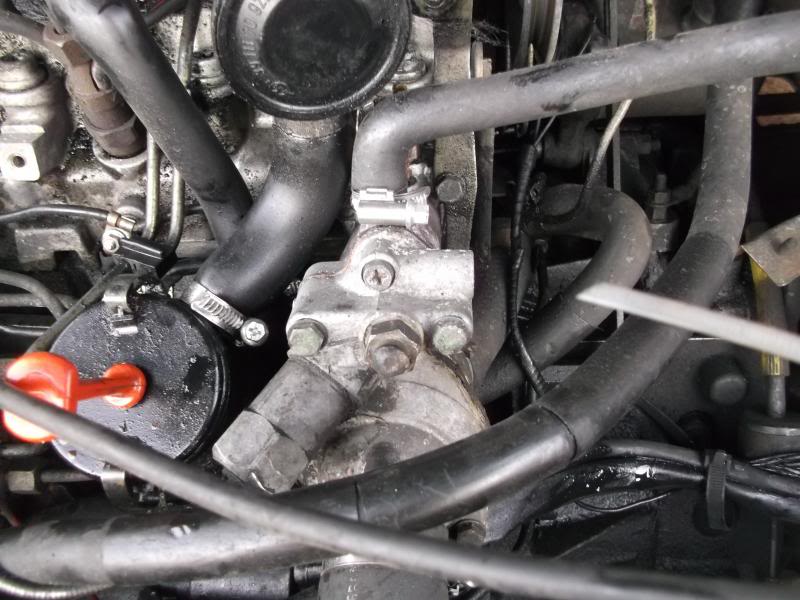 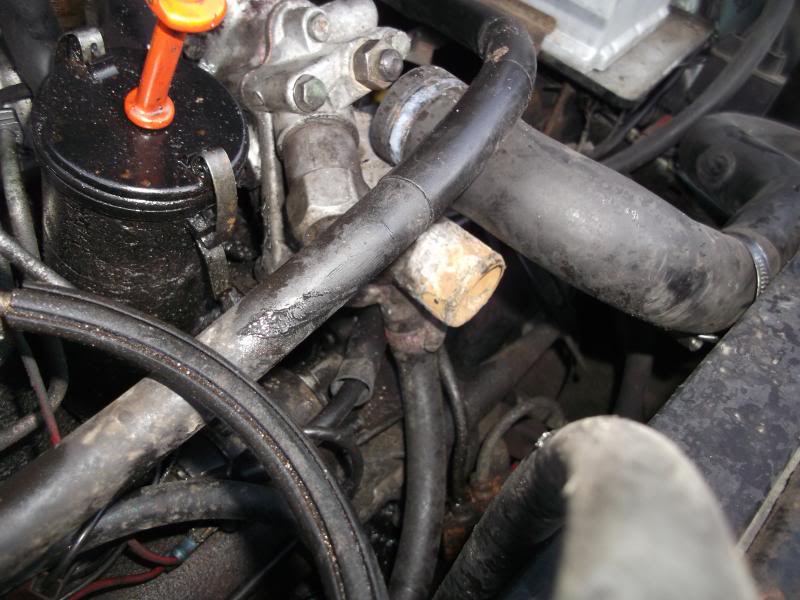 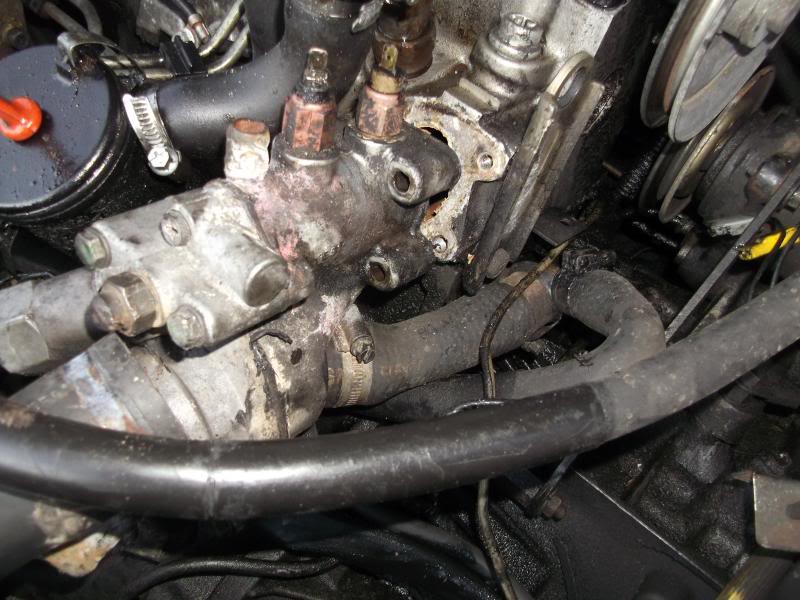 This inlet was blocked with crud, although when I cleaned it out it didn't seem to go anywhere anyway. The other end of the pipe goes to the radiator, so I'm at a bit of a loss about what this does. 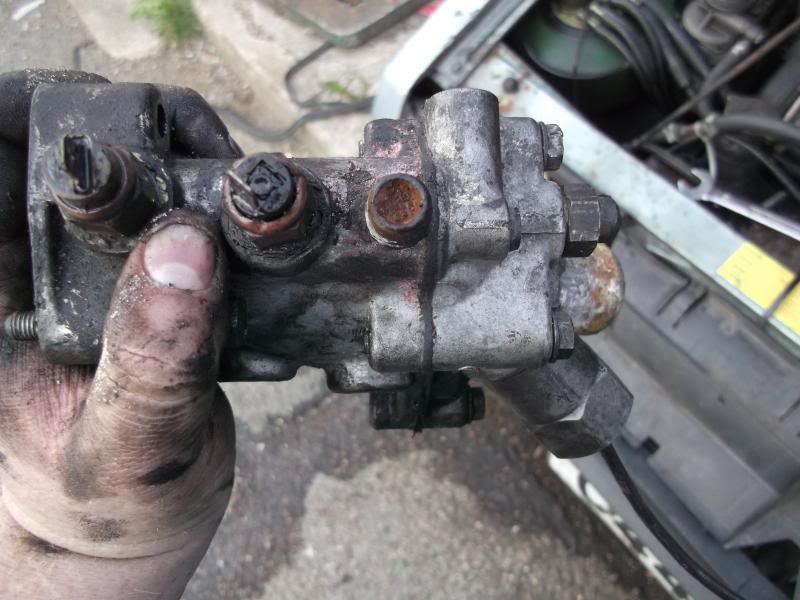 Some of the other outlets didn't look too clever either, but I managed to clean them up OK 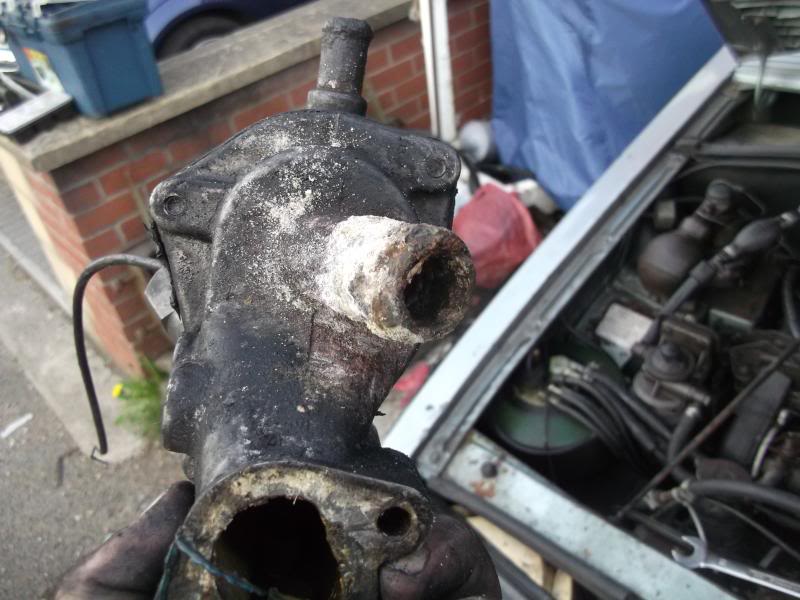 The inlet manifold came off, allowing me to get down the back of the engine to the exhaust manifold 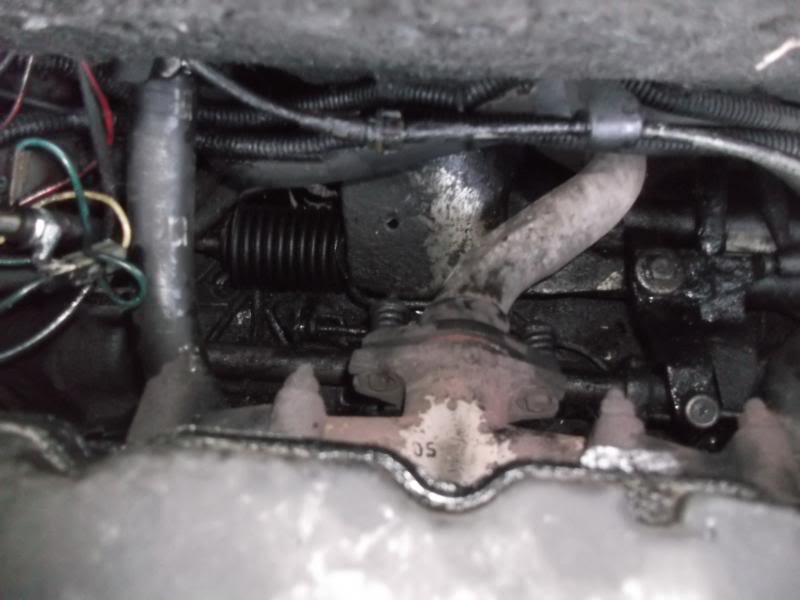 Next the rocker cover came off, enabling me to remove the cam, before disconnecting the final hoses etc. and undoing the head bolts 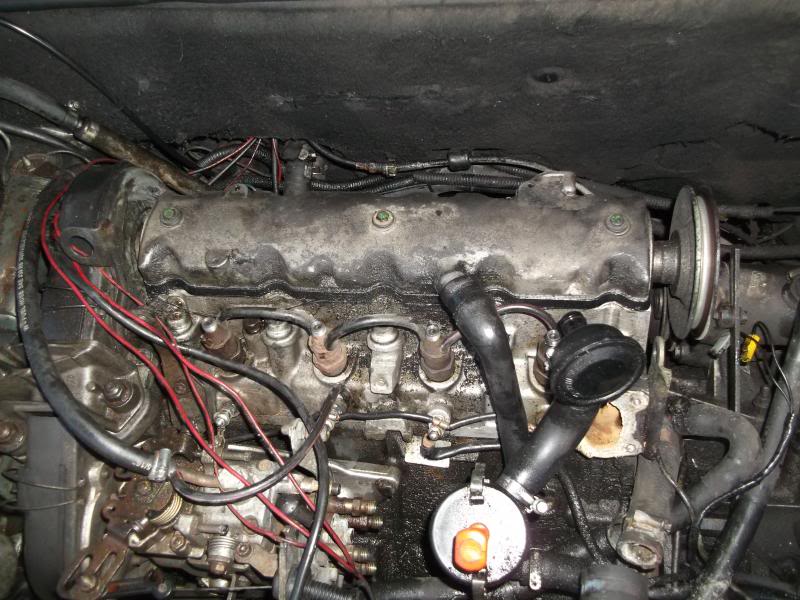 Removal of the head revealed a horror story of cracks between each pair of valves, badly cracked swirl pots and one cylinder where the head surface had been so badly eroded that it had starting undercutting the valve seats. Just as well that I'd bought the bits from Andy to convert this engine to a square port head! 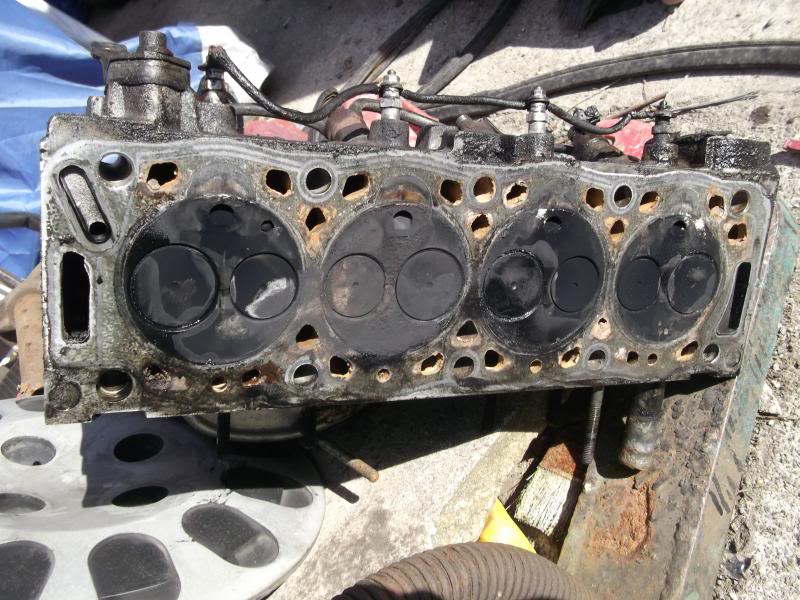 The head gasket in comparison actually looked quite good 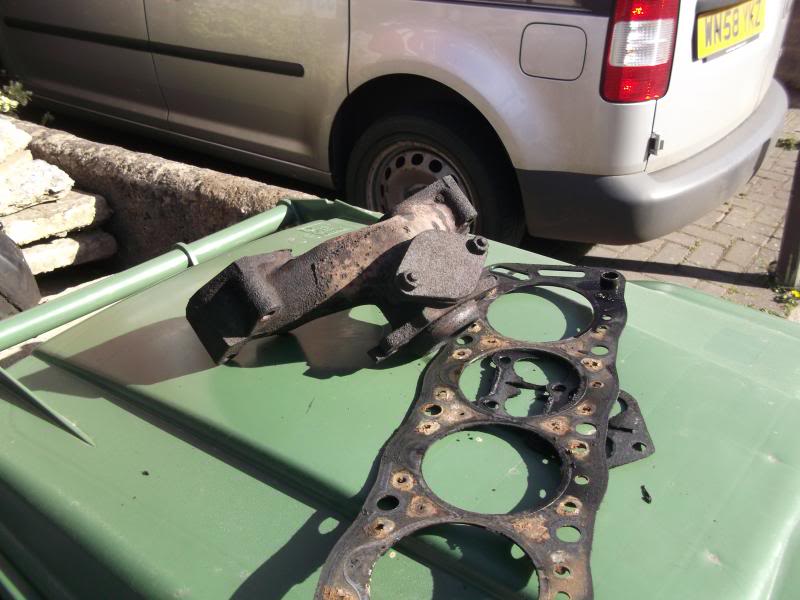 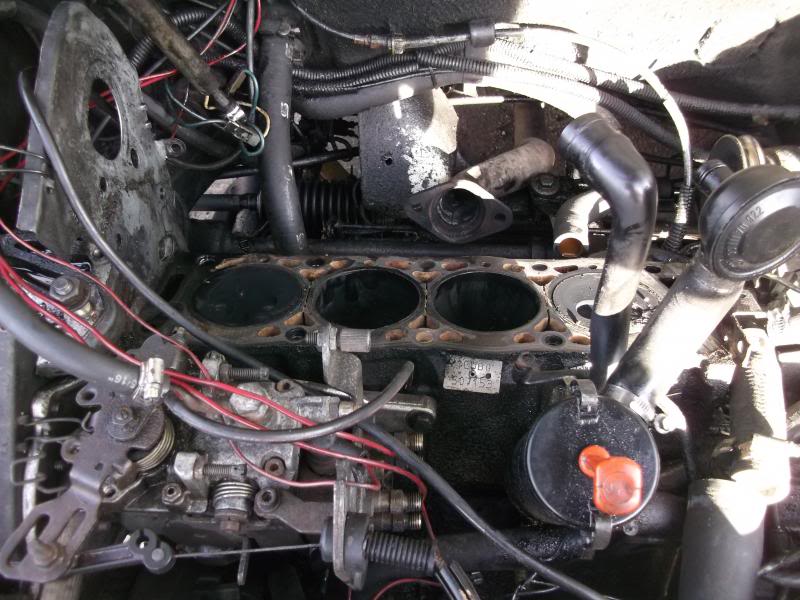 Luckily, other than some carbon deposits both the pistons and the cylinder walls looked good, with no nasty marks or wear ridges that I could see 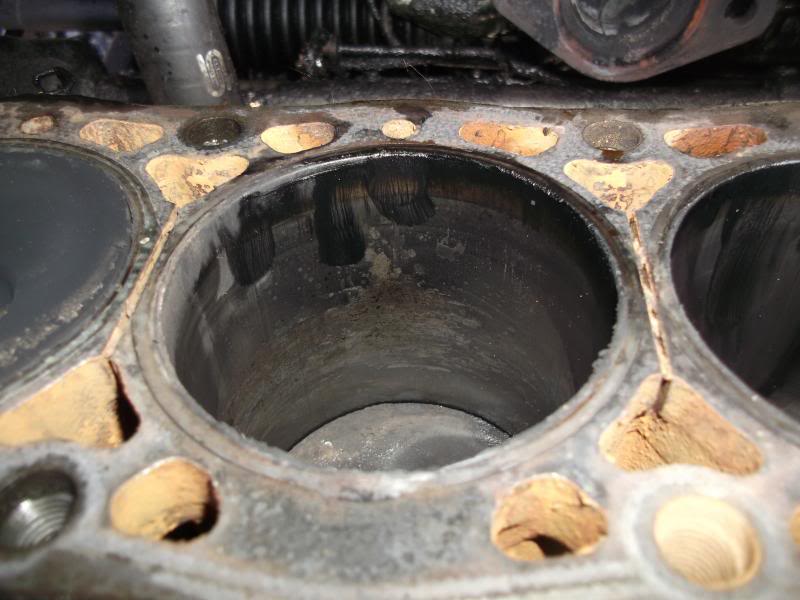 Time to sort through what I had - Hmmm, looks like I had a sqare port manifold on a round port head! 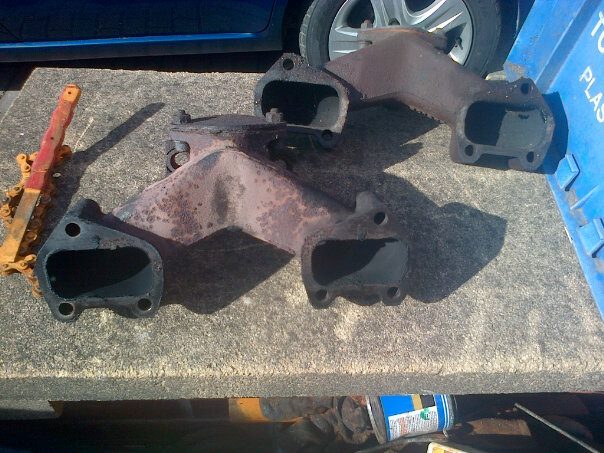 While the replacement head was off being checked and skimmed, I cleaned up the other parts 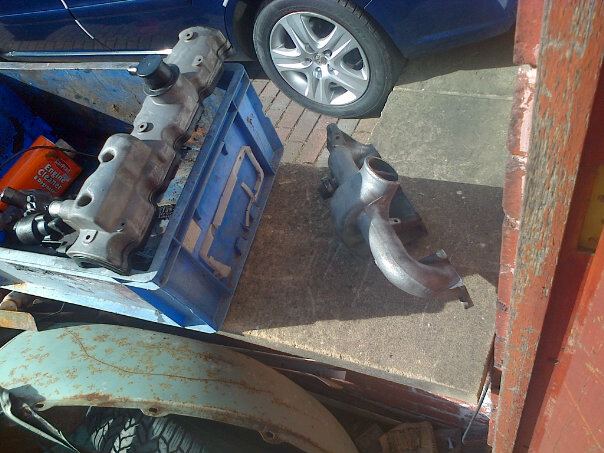 Valves before grinding in 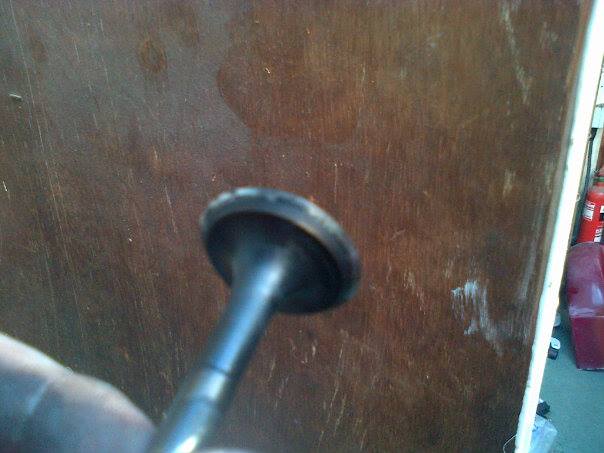 And after - One of the exhaust valved was damaged badly enough that it wouldn't grind smooth, so I swapped one from the head I removed 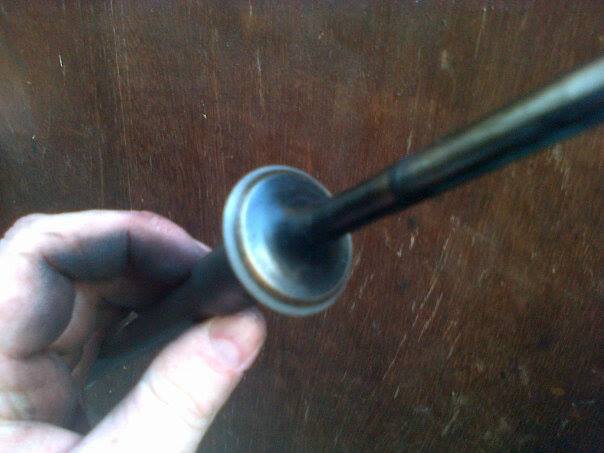 I also have before and after pics of the valve seats, which luckily all cleaned up OK 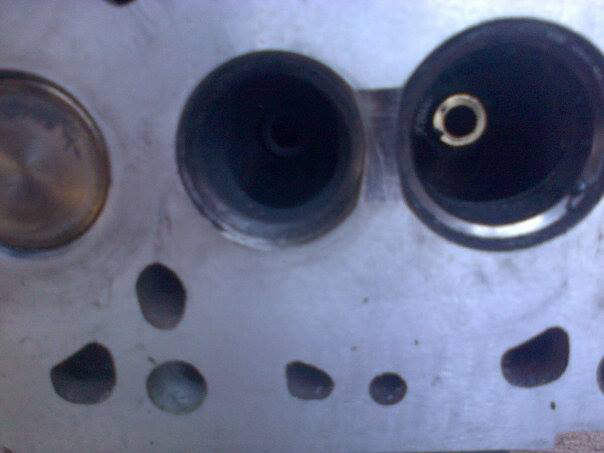 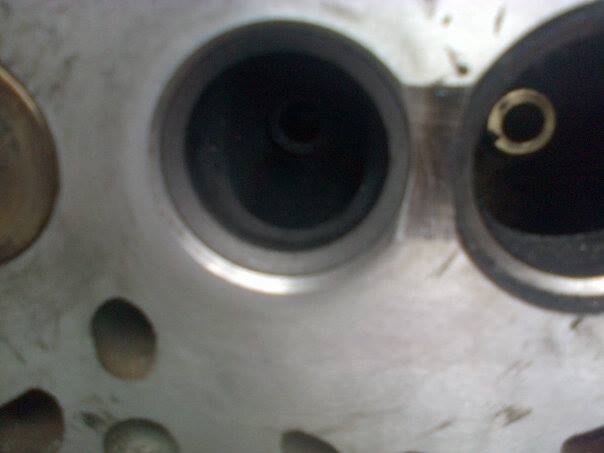 Head back for for the 3rd time and being assembled. 1st time away it had 7 thou taken off the surface, and was checked for cracks. There's minor cracking to a couple of swirl pots, but not enough to necessitate replacement apparently. I then took it back briefly after problems fitting the cam, to find out it was bent - a lot! The Westons came up trumps after pulling a cam from a corner of their workshop for me. That was when I discovered the cam bearing caps were scrap, but the machine shop rescued me on the 3rd visit by finding a set of 2nd hand ones that fitted both head and cam! 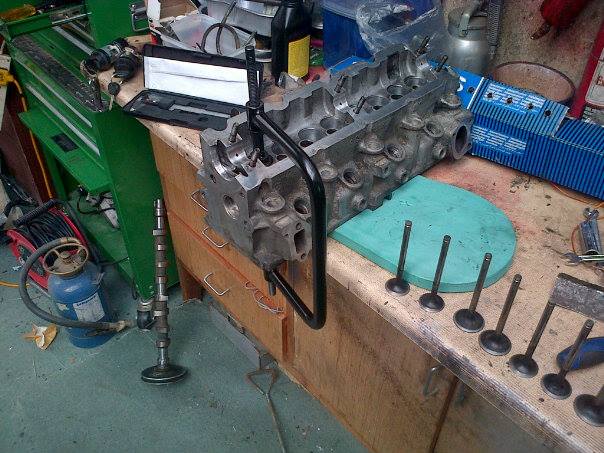 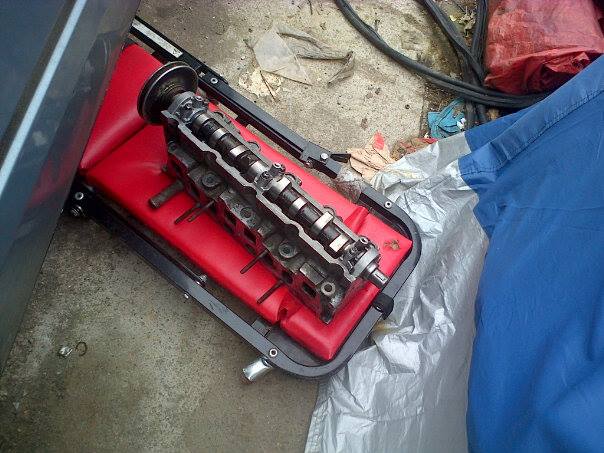 I fitted the exhaust manifold first after discovering on strip down that the front pipe wouldn't move far enough away from the engine to allow the manifold to be removed (& therefore fitted again) with the head bolted down. 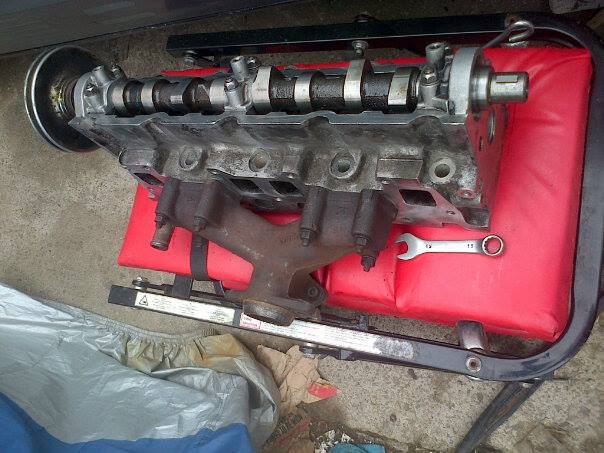 Head bolted on with new bolts & washers - Citroen have substituted bolts for the 1.9D Berlingo, which are different to both types of BX bolts, so I decided to torque them down to the instructions in my Xantia manual, resoning that they were the closest to correct that I had. 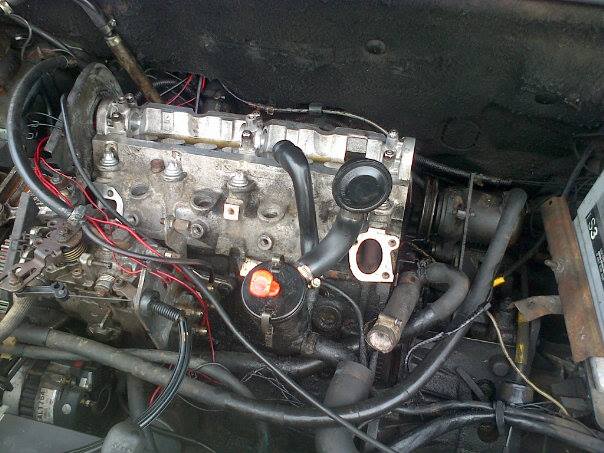 I cannot tell you how good it was to finally bolt the cam in for the last time after the number of times it was fitted and removed while shimming up the valves! 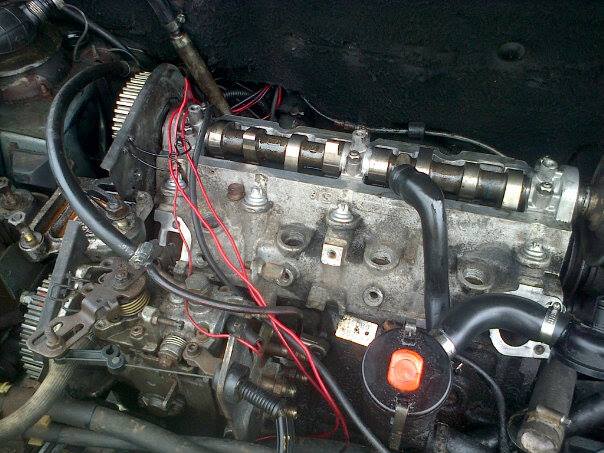 After consulting the BXC resident Mk1 experts (thanks Andy & Tim) I created this breather system with some rubber tube and a plastic Y branch, which seems to do the trick. Eventually (if I find one) I'll fit the correct dipstick tube, which has an extra breather point and a sealed top 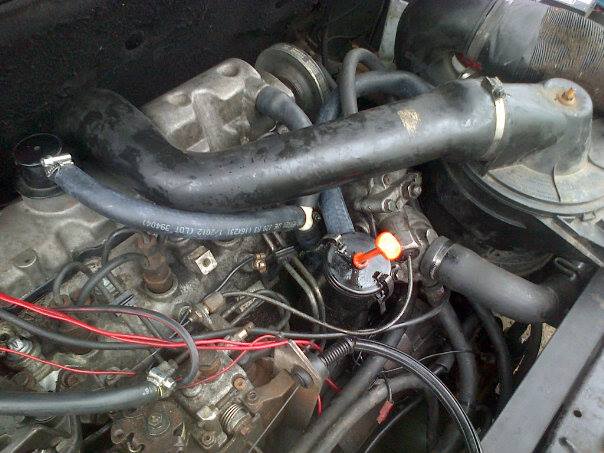 So, Timex is back on the road, as shown by this pic of my personal provate parking spot at work - even the 4x4 drivers park out on the road rather than here when the car park's full! Personally I'd worry about parking Timex out on the road all day in case it was reported as abandoned! 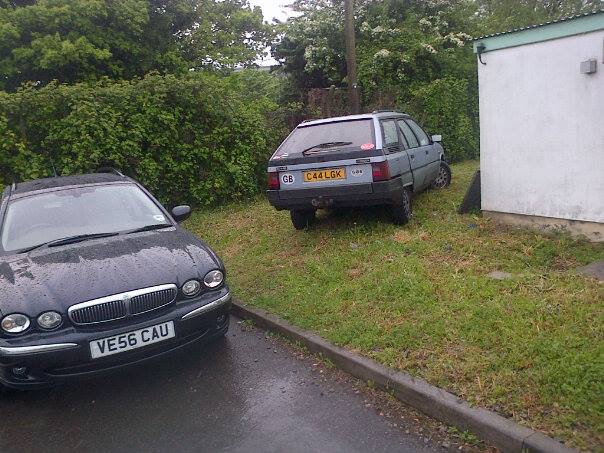 Cracking explanation of your head change over

Glad to have helped with the bits etc.

How does she drive Mike?
Lots of Motors, mostly semi broken....
Top

Definite improvement with the new head. There doesn't seem to be much difference in power, although I think I'm using a lighter throttle now, which shows bad the other head was! It's starting better, and is much smoother at lower revs, as well as pulling better from those revs. It's also quieter, which is a mixed blessing as before it was masking how much the exhaust was blowing, and how bad one of the front wheel bearings was.

Impressive salvaging there, and it's really rather brilliant to see Timex getting some love still.
Top


So would I be!
Lots of Motors, mostly semi broken....
Top

48mpg was the best I ever managed, and that was driving like a saint. Glad it seems perkier as it was always very flat for an NA - which is saying something! Does it pull better through the rev range now? When I had it, the flat spot at 3000rpm was so bad that I just didn't bother revving it more than that. Had to keep the revs low to maintain progress - very odd!
www.classichub.wordpress.com
Top
Messages: 382