Tell us about life with your BX, or indeed life in general!
Messages: 167

Cleaned up the exhaust manifold: 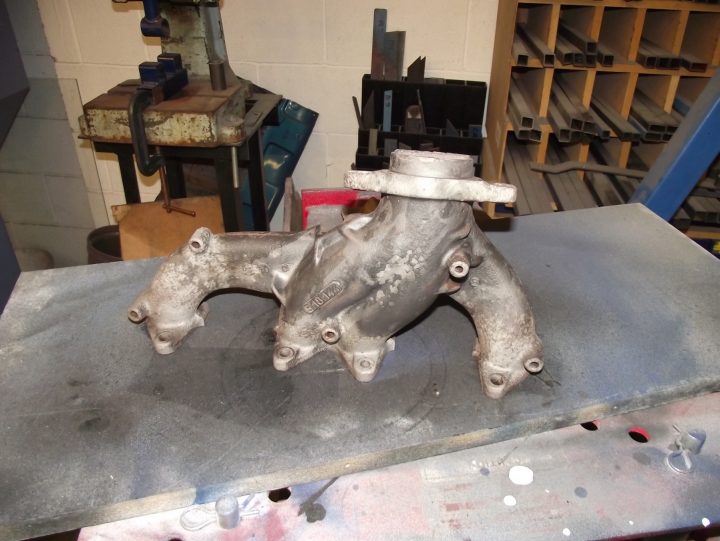 Prepped a load of little bits and got various components painted: 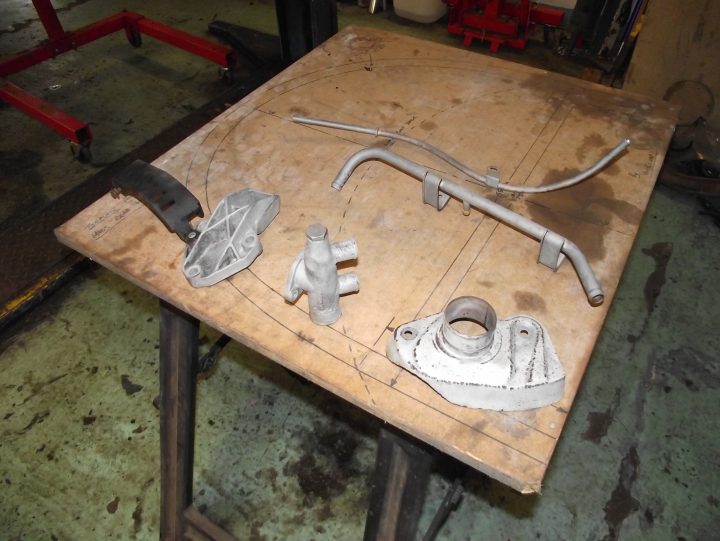 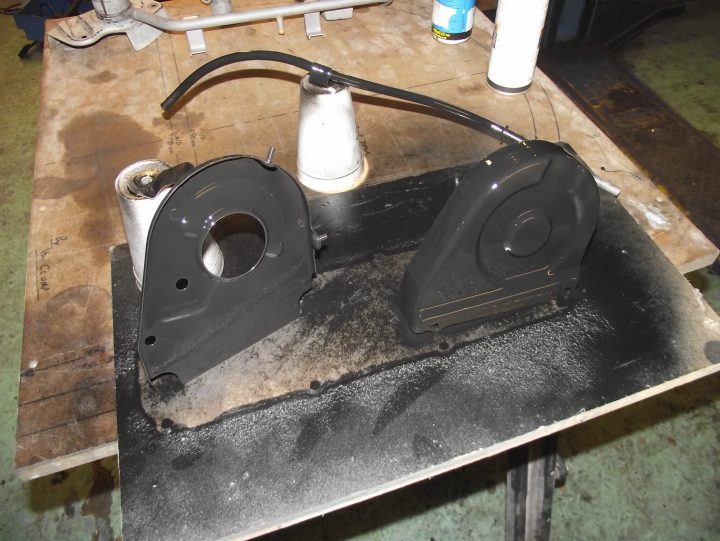 Manifold coated in VHT spray, the rest of the engine's just in bullshit silver :hehe: 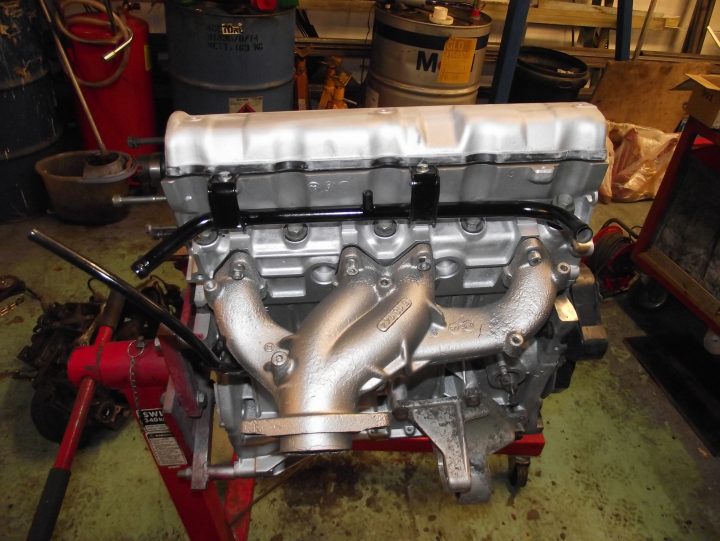 Blasted the sump pan too. This was particularly grotty and greasy. Took ages to clean up! Has now been handpainted with Galvafroid, a sort of galvanised-ish zinc-based paint. No idea how good it is, I've heard good and bad! So I did a particularly vulnerable bit of engine with it before dusting over with the standard silver, and I can monitor how it goes: 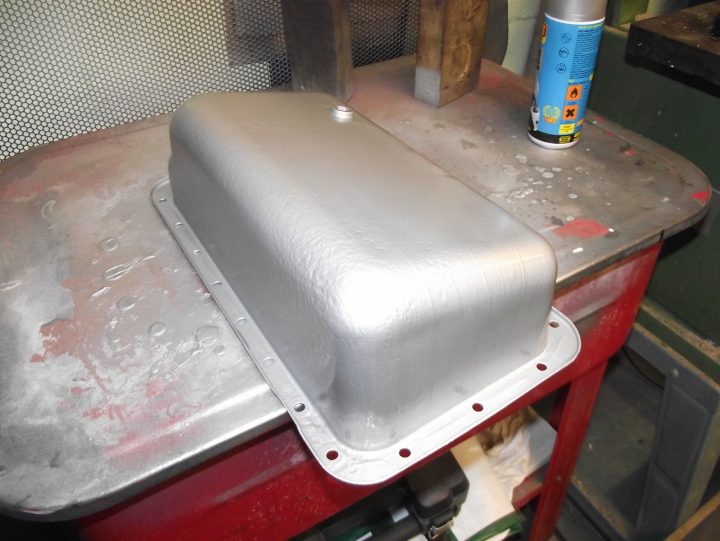 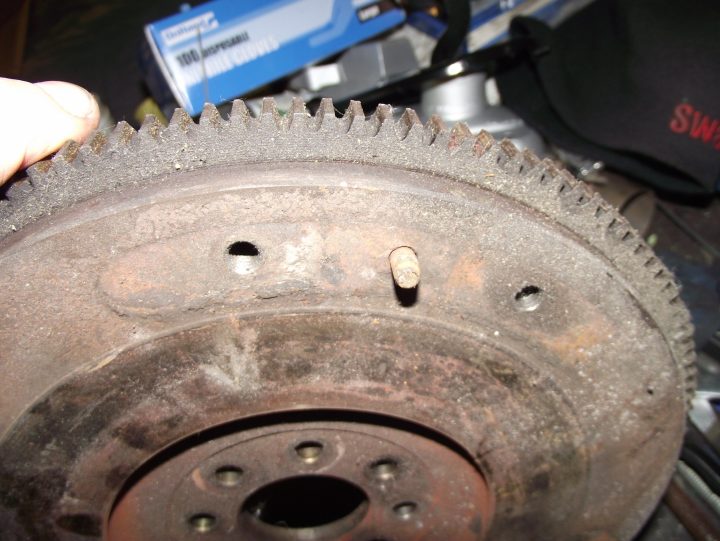 Last time I had to remove the dowels from a flywheel, I had to grip them with mole-grips and work them out on a Rover V8. Two of them sheered. PSA, decided to take the hole all the way through for you, and just step it. This way you can punch them out from behind: 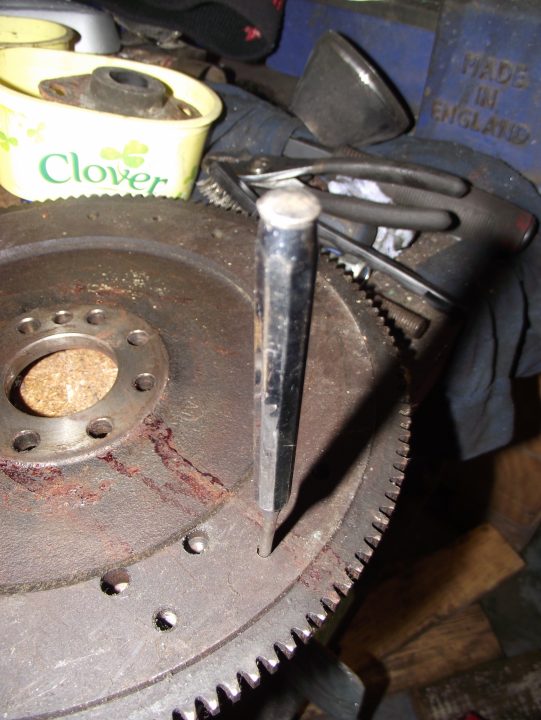 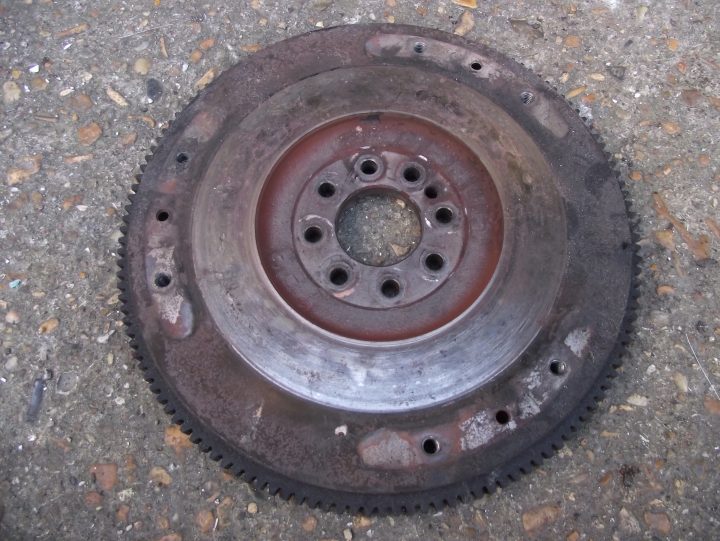 Sorted! They've been in there 190,000 miles, and 30 years. Out with next to no bother! And the reason for taking them out? The flywheel is pretty grotty! Nicely scored, been pretty hot in the past, and I'm going to the trouble of fitting a new clutch. Last thing I want is clutch judder, so I had the flywheel refaced: 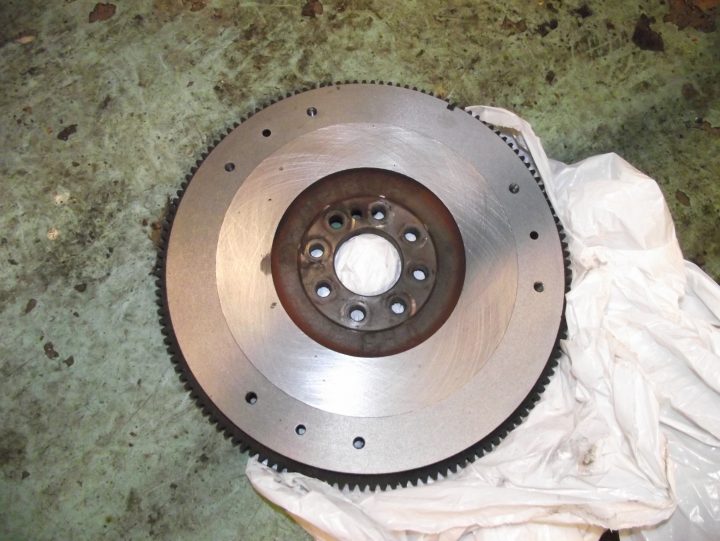 The clutch was supplied by my Dad way back when I first took the BX in. He found some NOS Motaquip units. Pretty sure Motaquip were (originally) PSA's factor brand back in the day, much like Motorcraft for Ford: 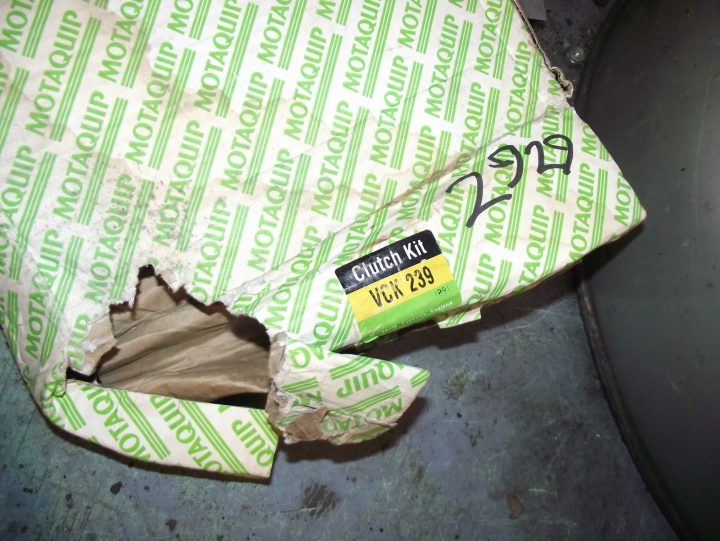 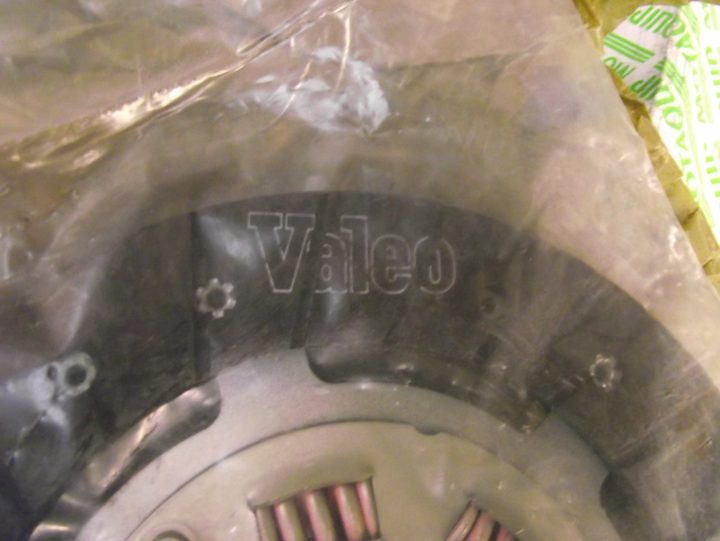 When I was stripping the engine down, I made a bit of a balls-up. The crankshaft sprocket was well and truly stuck onto the crankshaft! I had to try to lever it off, as there's nothing from a puller to grip. In doing this, I managed to damage the thin metal disc on the back of the sprocket, which prevents the belt from touching the oil pump casing. Bugger! I dressed it up like this: 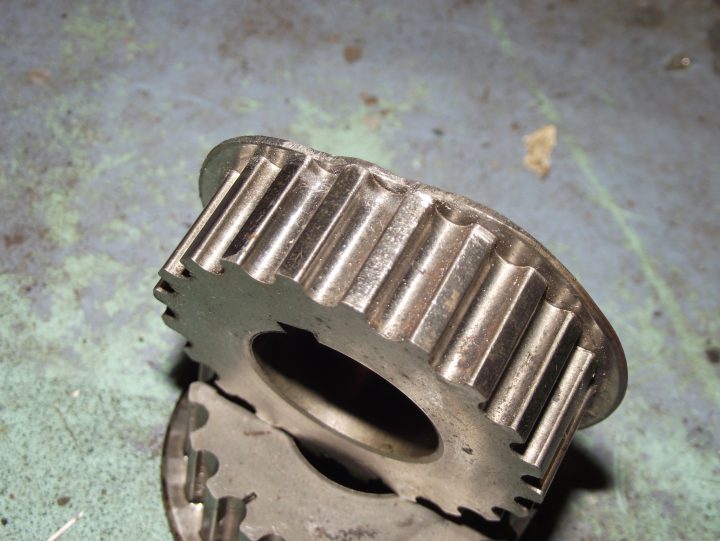 But when fitted, the belt tried to jump every time it went by. Part of me thought to keep going with the smoothing etc, but the other part was worried a belt would get chewed. I stopped by eBay and found a used 205 GTi lower sprocket for £18. Took a punt: 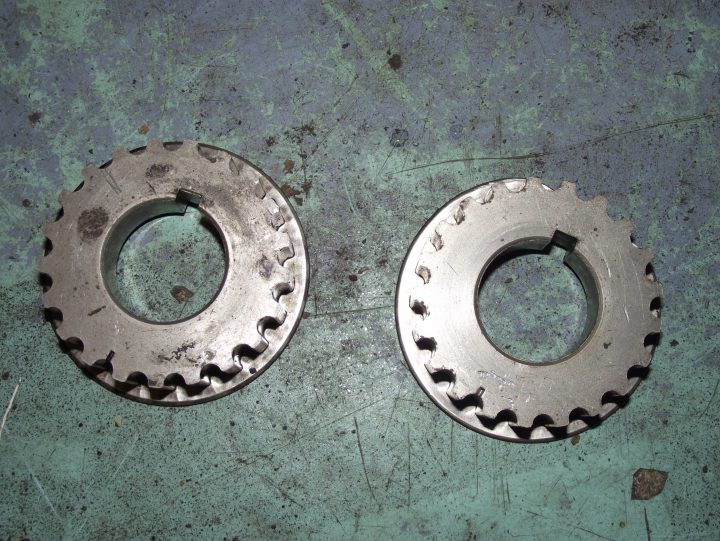 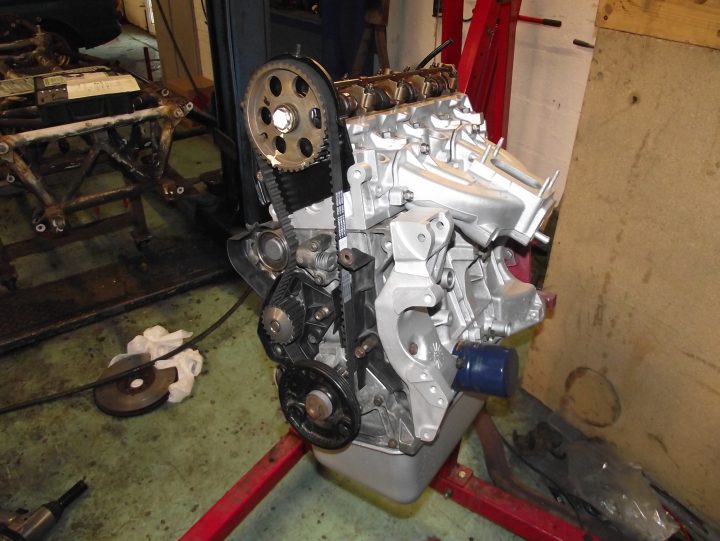 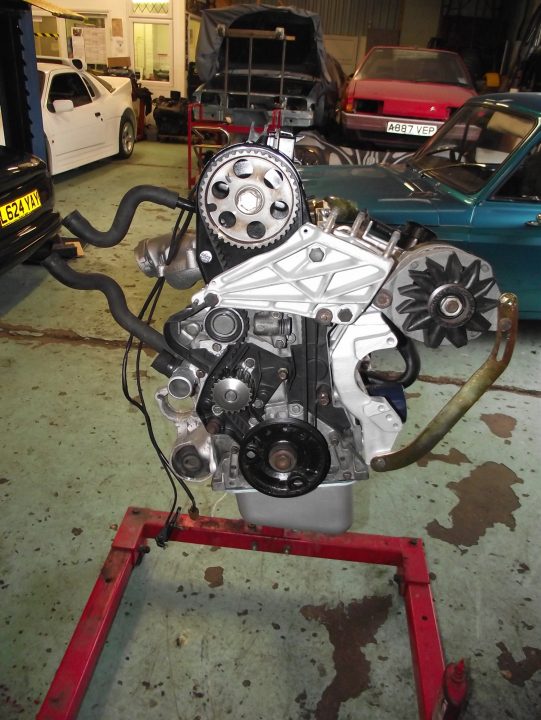 One issue I've had is that the exhaust manifold heat shield was held on by some M7 bolts. M7 bolts that I cannot locate. M7 bolts that were not something I've got in stock, and I wanted to get the engine refitted. Solution? Trusty, thrusty drill!: 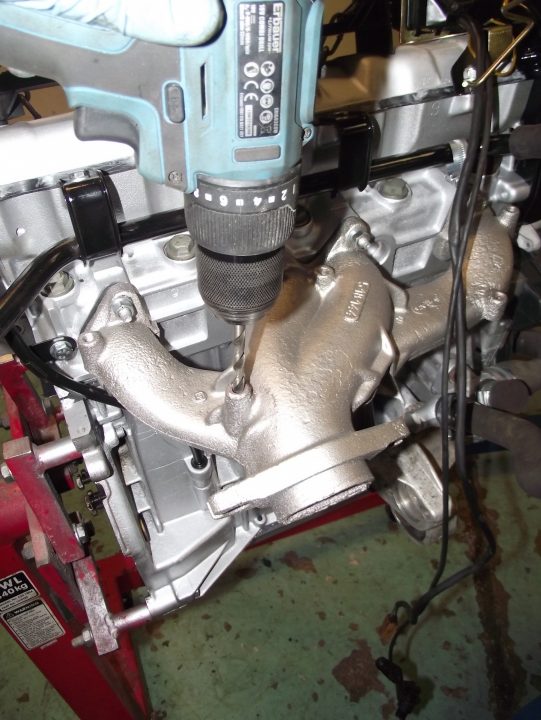 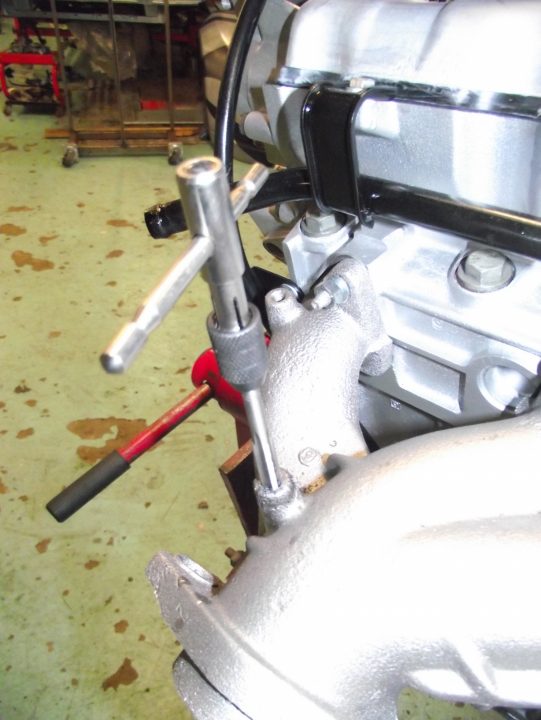 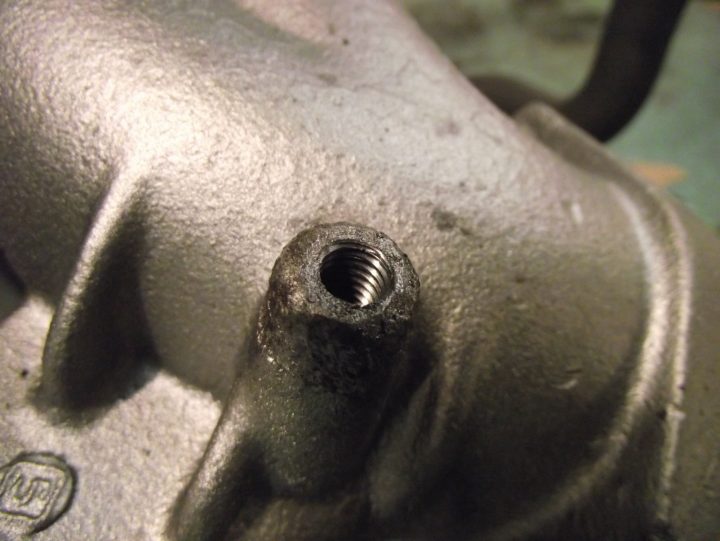 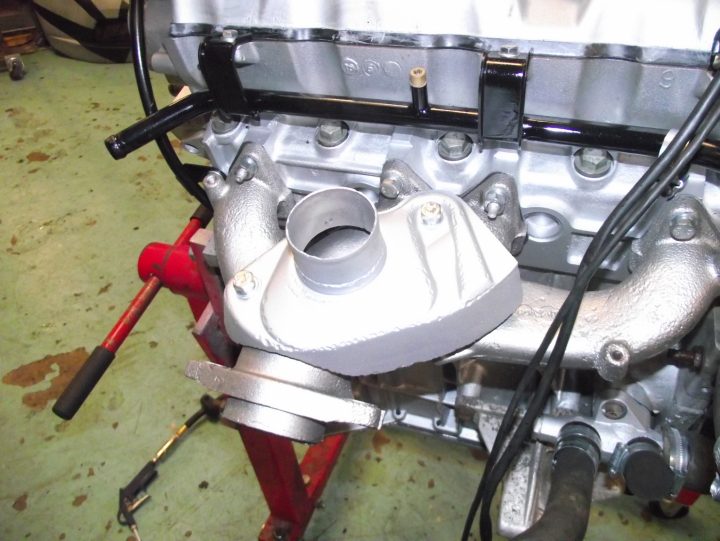 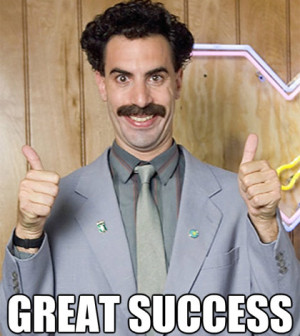 So just time to fit the new clutch: 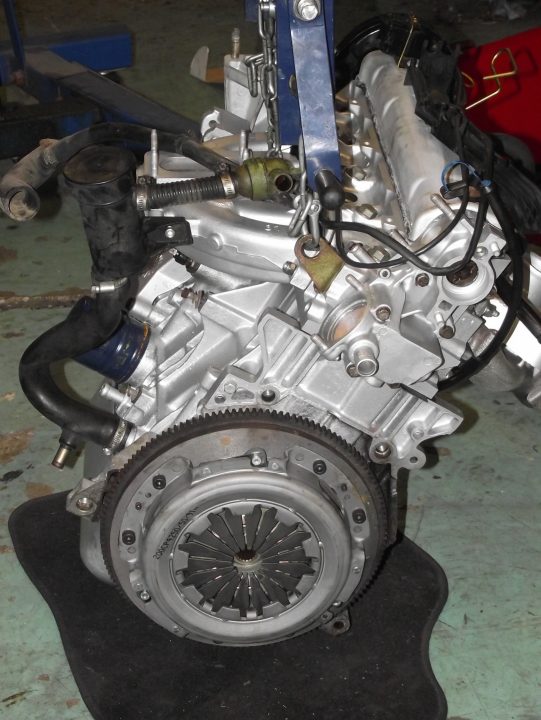 And give the gearbox a spruce up: 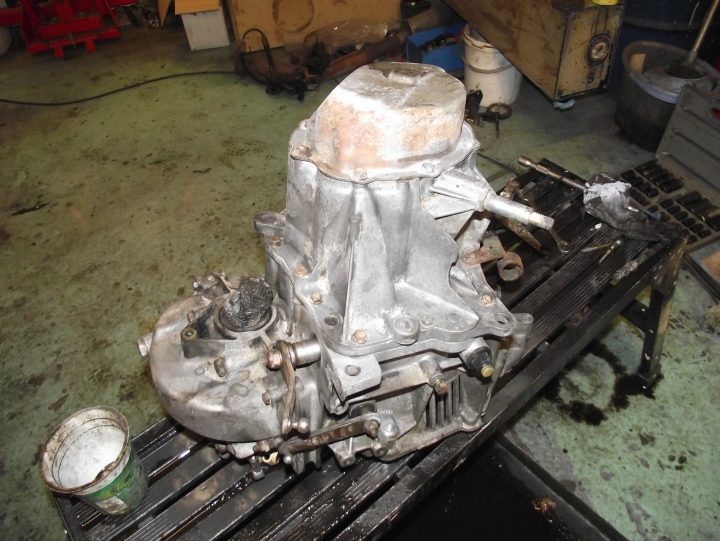 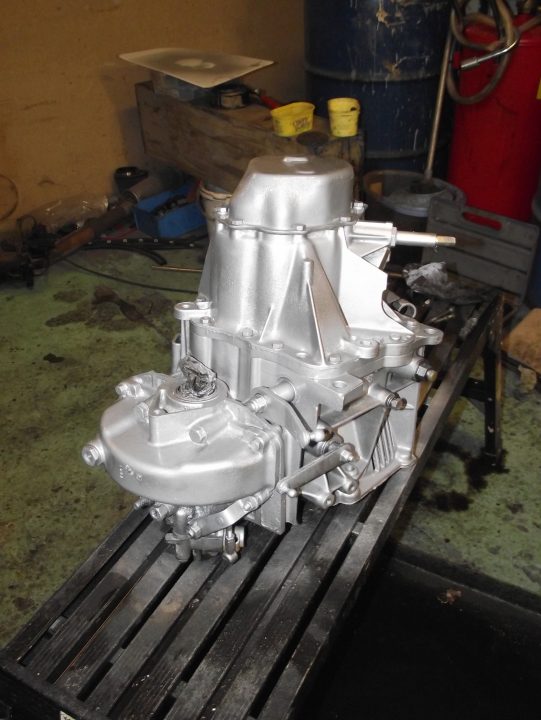 And a powertrain package is complete: 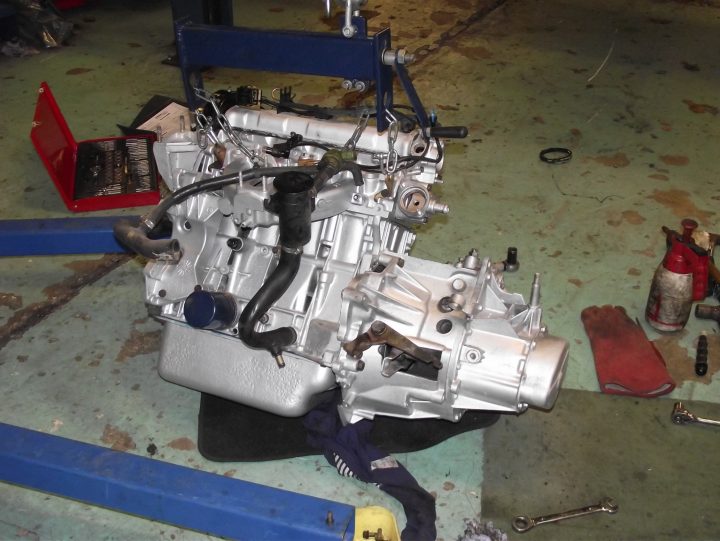 And after a bit of heaving and fro'ing, and a remarkable lack of scratched freshly applied paint, both of body and engine variety.... 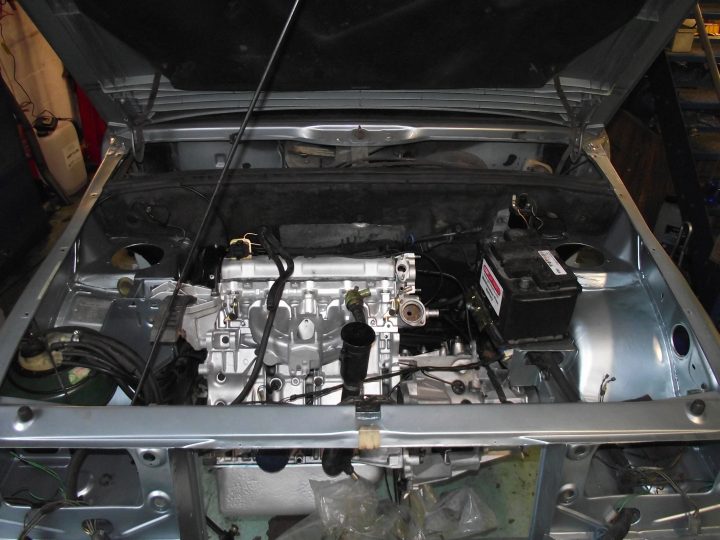 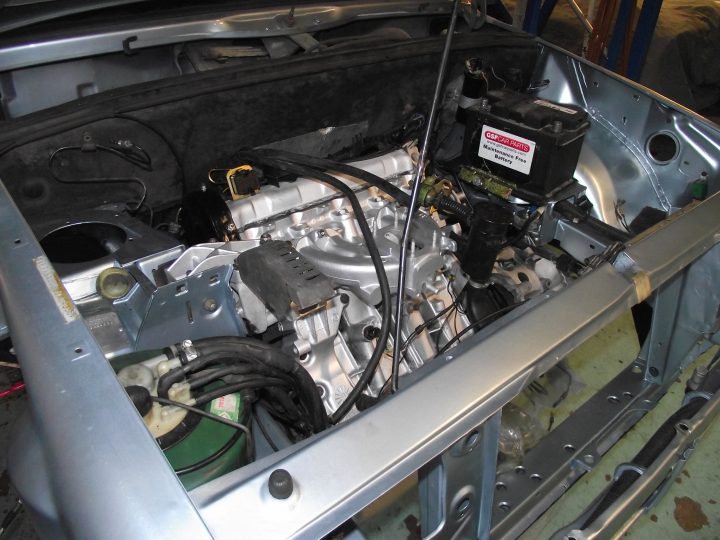 Engine back in BX. I've actually refitted something!!

Plan now is to continue fitting up the front end, right up to things like wings, lights, bumper etc. Then move onto interior in early to mid March, get electrics back online, seats and dash back in etc, before April brings the rear end. LOTS of work to be done there still.

For now, I have some wiring to improve (30 years old, and crusty in places), suspension to refit and and engine to plumb in. Going well though

Cor blimey! That looks beautiful, I bet my GT will never look that new and shiny. I do envy your facilities.
I'm not a Saint, or a James, but a Tom Saint-James!

Impressive work bud, will it be on the show circuit this year?
Lots of Motors, mostly semi broken....
Top

Tom - I've not done anything that couldn't be done at home. The body's on a dolly and I've got a bit of room, but everything else that's been done is doable at home. Don't be put off

Tim Leech wrote:Impressive work bud, will it be on the show circuit this year?

I'd like it to be, yeah. See how it goes. It's thrown me so many curveballs I never know what's left to do!
CCC BX monthly column writer bloke thingy - bx@citroencarclub.org.uk

Fabulous work and a credit to you. Can't wait to see it in the flesh

Super job Rich. Can you do mine next ??
The Joy of BX with just one Citroën BX to my name now. Will I sing Bye Bye to my GTI or will it be Till death us do part.
Top

Jaba wrote:Super job Rich. Can you do mine next ??

Happy to, though I'd dread to think what this would have cost as a paying job!
CCC BX monthly column writer bloke thingy - bx@citroencarclub.org.uk

Nice work Kitch. So the exhaust manifold M7s' went up to M9s?

Actually they (M7) are around just hard to find in the UK,,, a 1/4" UNF will fit OK as pitch is identical, though a little thin on diameter.....

so if not too critical you can use in a pinch.

On my NordWest when the barrel was replated, internally with nickasil, the whole casting was chemi cleaned (before plating) so when it came back it was unpainted. I used an epoxy 2k white primer and 2k silver and it has lasted brilliantly and much better than the factory (Piaggio) paint. Not bad when the front wheel is spitting road salt straight at it...

I've certainly had trouble removing the outer pulley block with hydraulic and alternator belt runs, just off the lower crank pulley before now. Lots of patience and slow levering until it would shift. If I have to do the lower sprocket ever, will bear your experience in mind.

Good luck with her, how's the TRS doing? aprt from sitting on the back burner... getting bits in etc?
Top

TRS is just sat waiting at the moment. I've now got some front subframe bearings, but haven't looked into what sort of tool I'm going to need to make to fit them!
Would love to have it on the road sooner, but the reality is that it needs the same treatment in the engine bay as the GT. Maybe not the scrubbing and painting, as it isn't that dirty to start with, but all the bodywork needs the rust prevention treatment, and in some areas rust repair. I could rush it onto the road, but I've got too much on with the GT, which is number one priority, and the TVR needs a bit of tinkering. I've also got an AX GT to sort out, and that's less involved than the BX, so it makes sense to do that first.

And then......got to drag the 16v back out in the Autumn to head over to the Conservatoire for the visit Phil C has arranged. That needs loads of jobs doing too!

Kitch wrote:TRS is just sat waiting at the moment. I've now got some front subframe bearings, but haven't looked into what sort of tool I'm going to need to make to fit them!

Looks similar to the rear arm bearings, but not sure about spacer/shim measuring and testing. Pity you can't use a castellated/tabbed hex like a normal taper fit...can see why they went to rubber bushes....
Btw the old brown manual (Haynes) is much clearer on this area than the later one. Lots of section drawings, dimensions etc very useful.
Top