Tell us about life with your BX, or indeed life in general!
Messages: 86

Here's a gratuitous picture of the Land Rover which is now living in deepest darkest Herefordshire where the BX used to. (it does have four wheels, one had been removed as an anti-pikey device.) 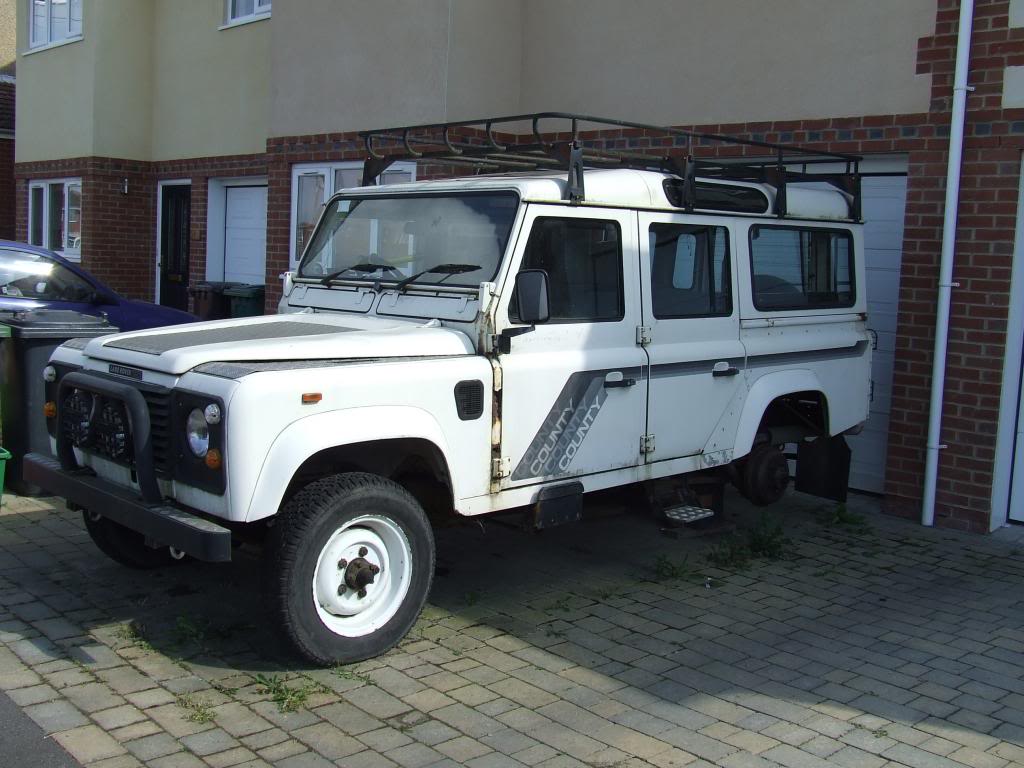 I'm told that isn't the bulkhead, it's actually a panel to take the door hinges which is replaceable separately from the bulkhead. But I wouldn't be at all surprised if the bulkhead was past it!

Almost no progress on the BX this weekend, but some progress in another department that should help things along with the BX. On Saturday I dismantled this from a garden in Exeter (it belonged to my brother-in-law's brother-in-law...) 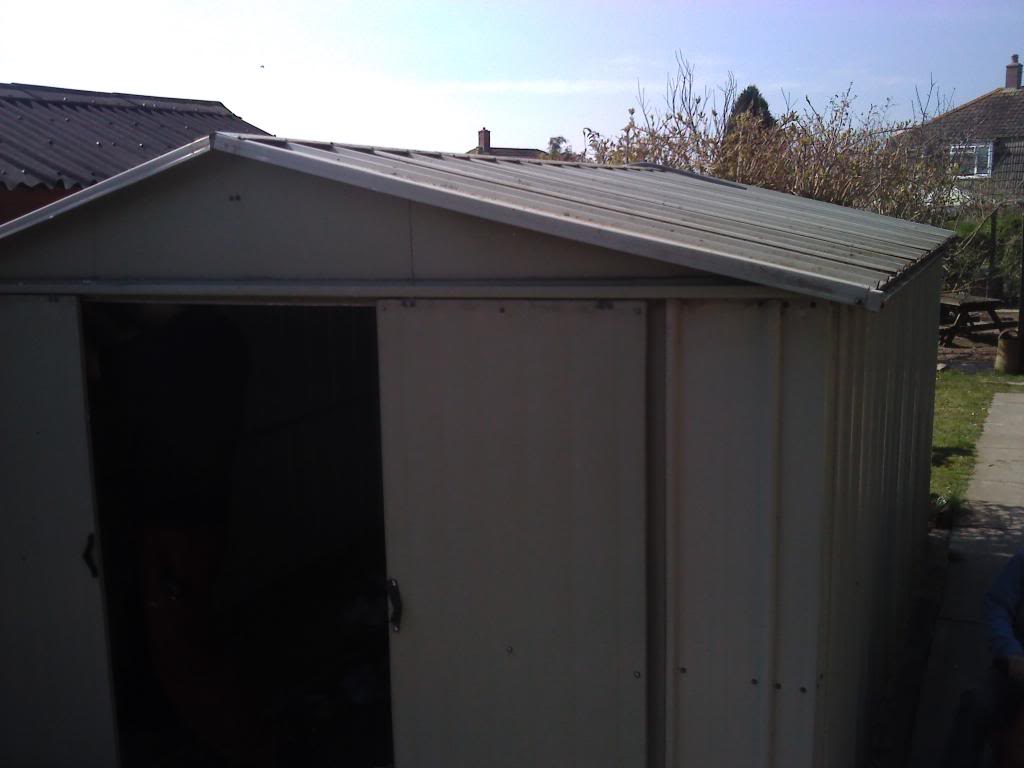 Then I had to drive back from Exeter to Bristol with several very sharp 4m lengths of galvanised steel sticking out of the front of the Synergie, which was a) interesting and b) flipping freezing, since I had to have the window open the whole way.

On Sunday I commenced reassembly; 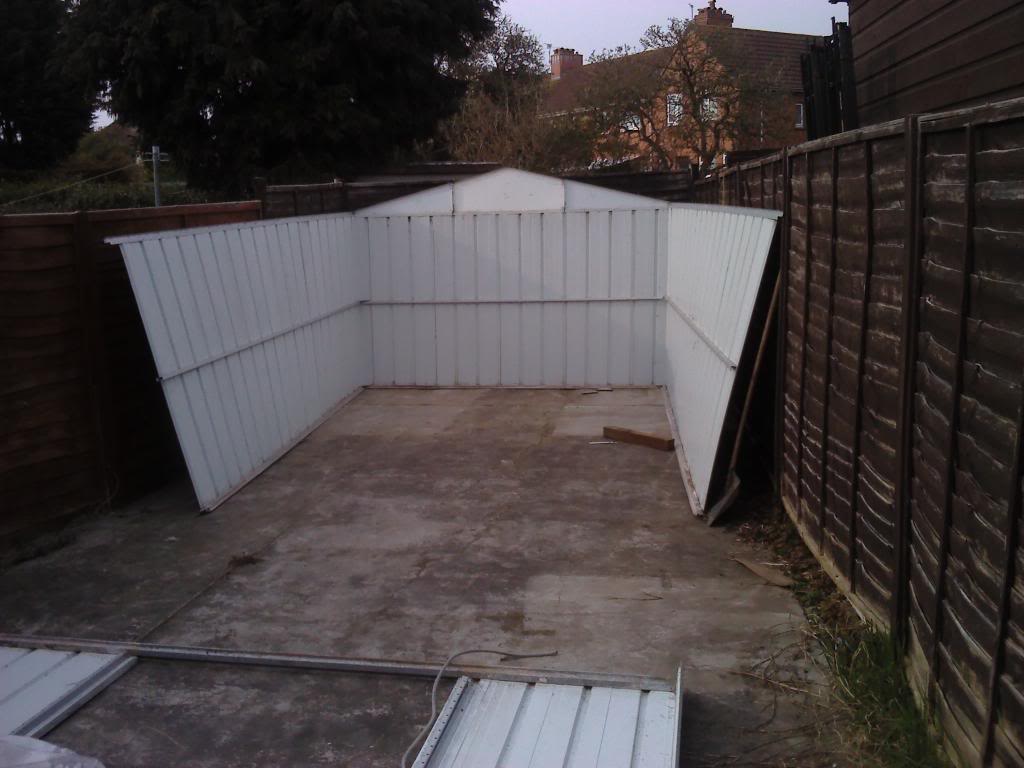 I eventually finished at about 10PM, a bit later than planned, but now I have 10ft x 12ft of dry space to put BX bits in, as well as all the building materials and tools that it's actually intended for. Not bad for £50, a case of Bombardier and £25 in diesel. Er, and two days work.

I did get a small break in shed assembly when I ran out of self-tappers, and took the opportunity to have a go at fitting my new K&N filter. I was astonished when it fitted the AFM perfectly, and the mounting holes in the base plate lined up perfectly too! Is this some sort of standard inlet, or was God smiling on me?
Good heavens! My signature's been moderated...
Top

Here is the tale of the fortuitous K&N fitment. The K&N had been bought from Retro-Rides for £14 delivered, I'd always wanted one for the BX but didn't fancy shelling out for a new one. Shed progress looked like halting due to a lack of screws and Mrs Optix and miniOptix had gone to Screwfix for emergency supplies. Once I got to the end of the screws I had, there was a small window of BX tinkering available, so I whipped off the standard airbox in preparation for the K&N. 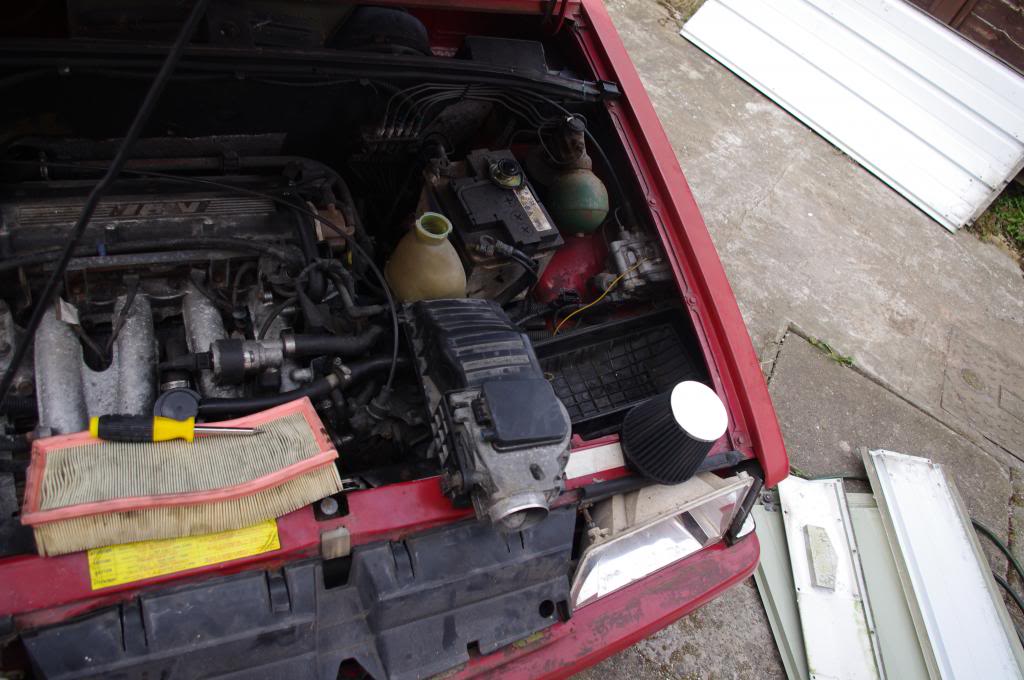 Taking the assembly apart I noticed that the AFM entry was square and looked a lot like the size of the exit of the filter... 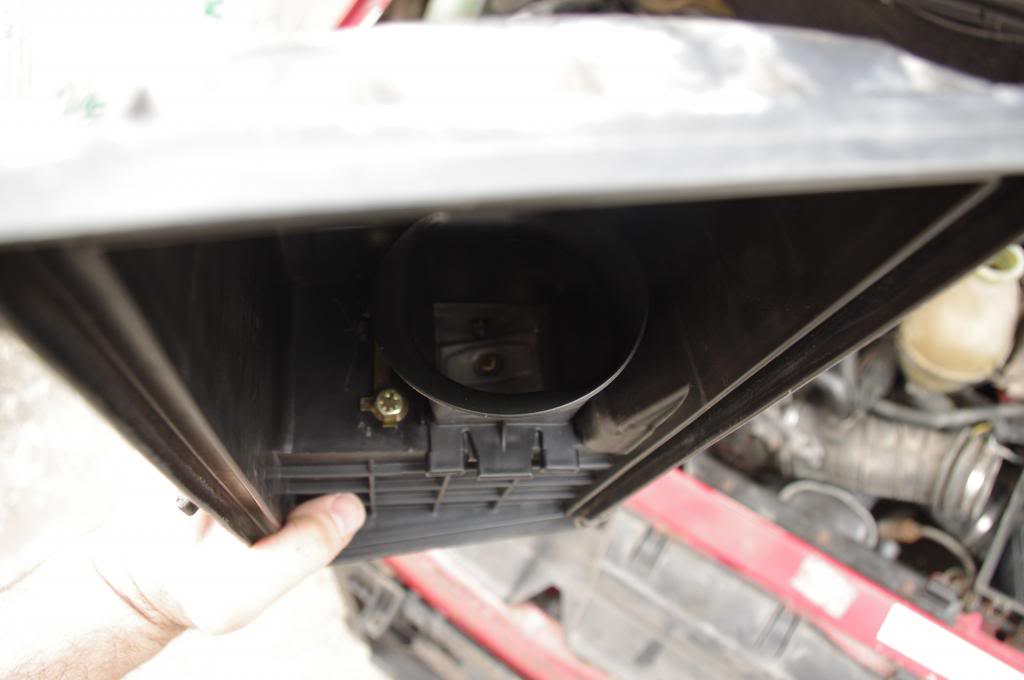 ...and the mounting holes looked like they were very similar to the AFM housing... 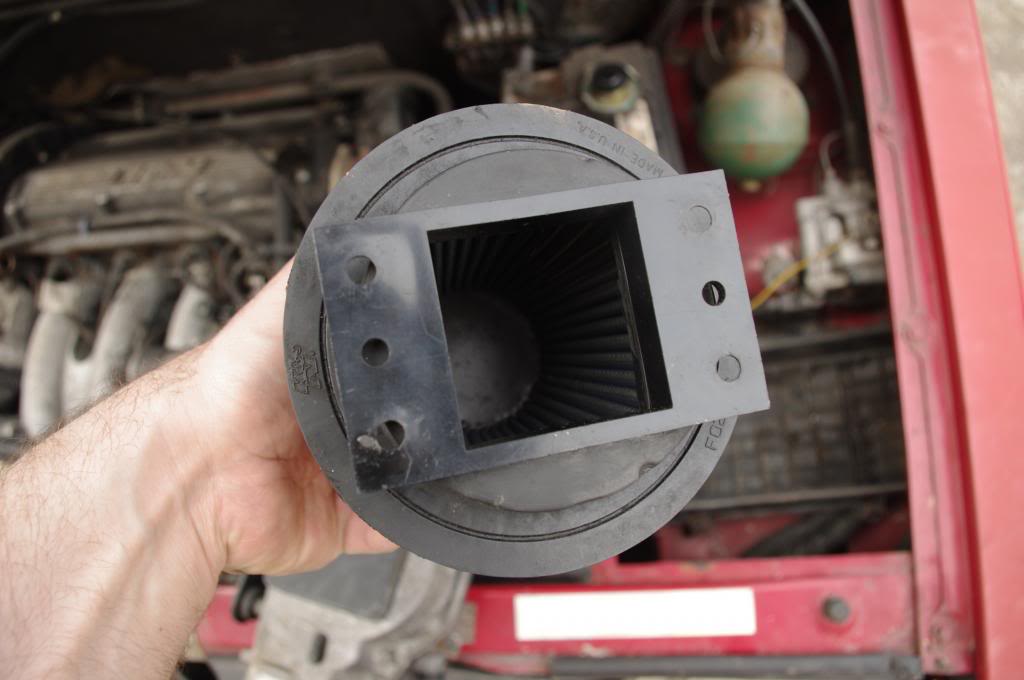 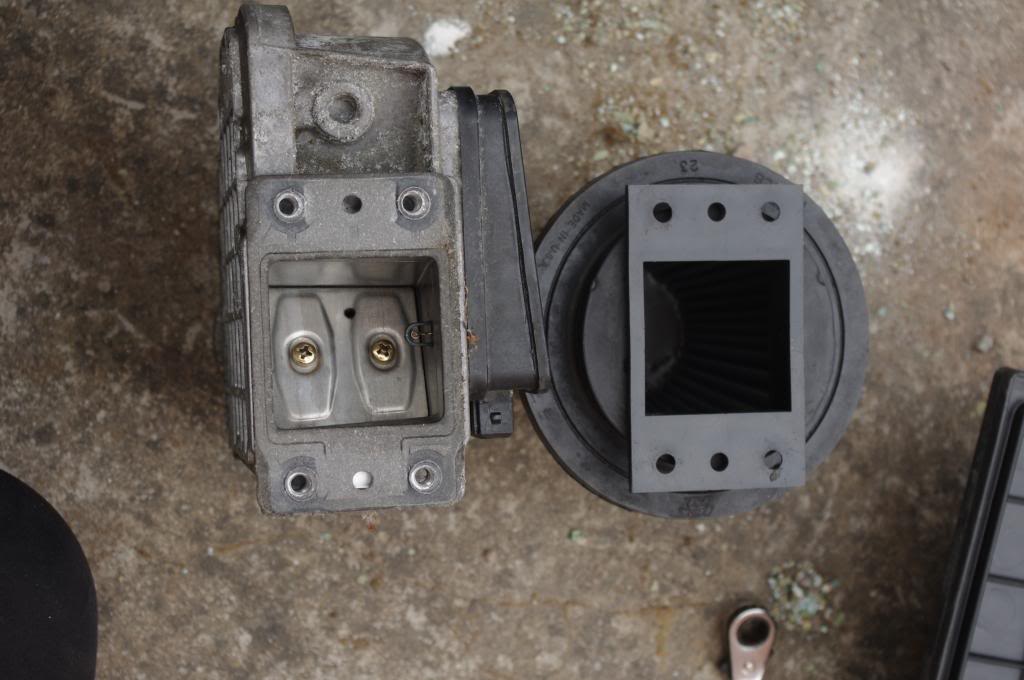 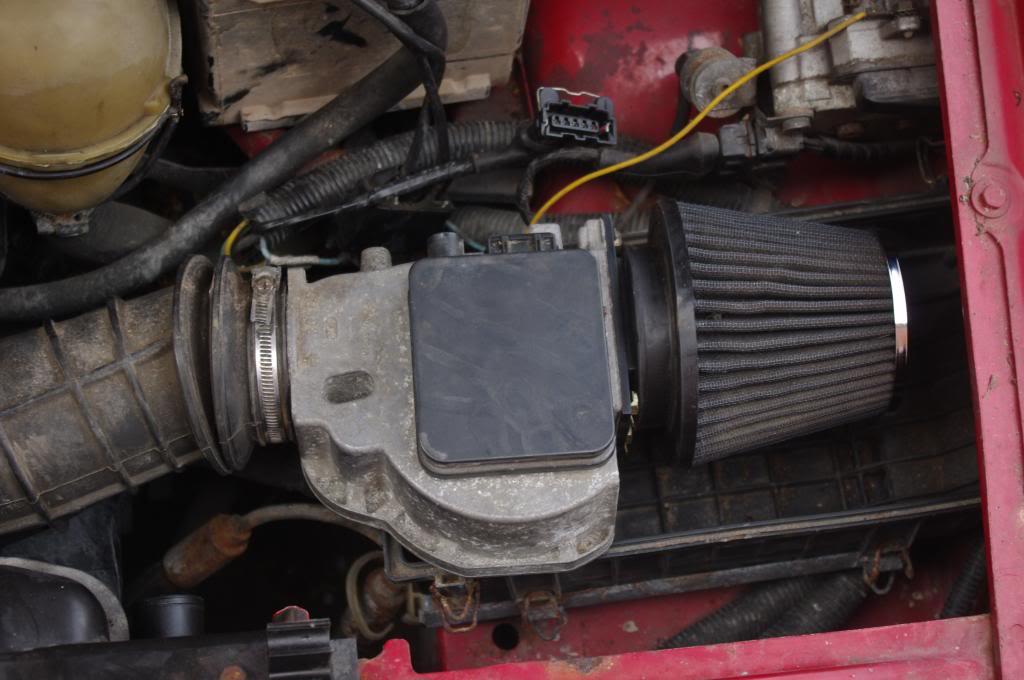 Well, not quite done. The filter doesn't sit flush to its mount anymore, because of the bolts. I suppose I should probably remove that dead wasp too. 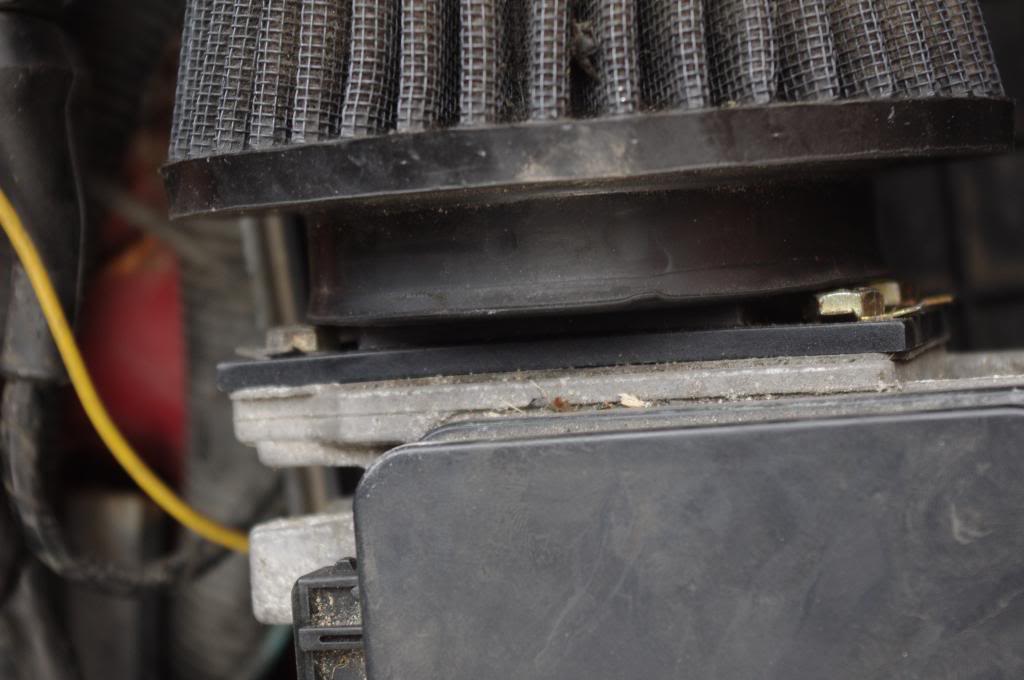 Just need to make another trip to Screwfix for some M6 countersunk Allen bolts and then that will be sorted - and I'll have to fabricate some sort of bracket to support the AFM, as at the moment it's just sitting on the inlet hose. Then I can get rid of all the original airbox gubbins. I wonder if fitting a 205 AFM hose would be better? They're shorter, so would be more stable and perhaps make the throttle marginally more responsive, though I'm sure I would never be able to tell...?
Good heavens! My signature's been moderated...
Top

When I did the 205 16v engine transplant the airbox had been pinched from the donor car, so I spent HOURS fabricating something similar from sheet steel!

The car or the filter? /both?
Good heavens! My signature's been moderated...
Top

If you keep the paint work as it is, you stand a very good change of stealing Timex's shed of the show number 1 top spot!

That's it then, the moss stays! Sorry Tim

I'll have to continue to keep mine polished, and we can park next to each other, making yours a dead cert for the award.

Minor update, aren't they all? But I have sourced the right bolts for the K&N (and when I say I sourced the right ones, I mean I sourced some that were too big and had to cut them down with a hacksaw blade because I'd left my hacksaw in my wife's car... long story...) and ordered a hose clip, so it's now fitted and awaiting a bracket of some sort. 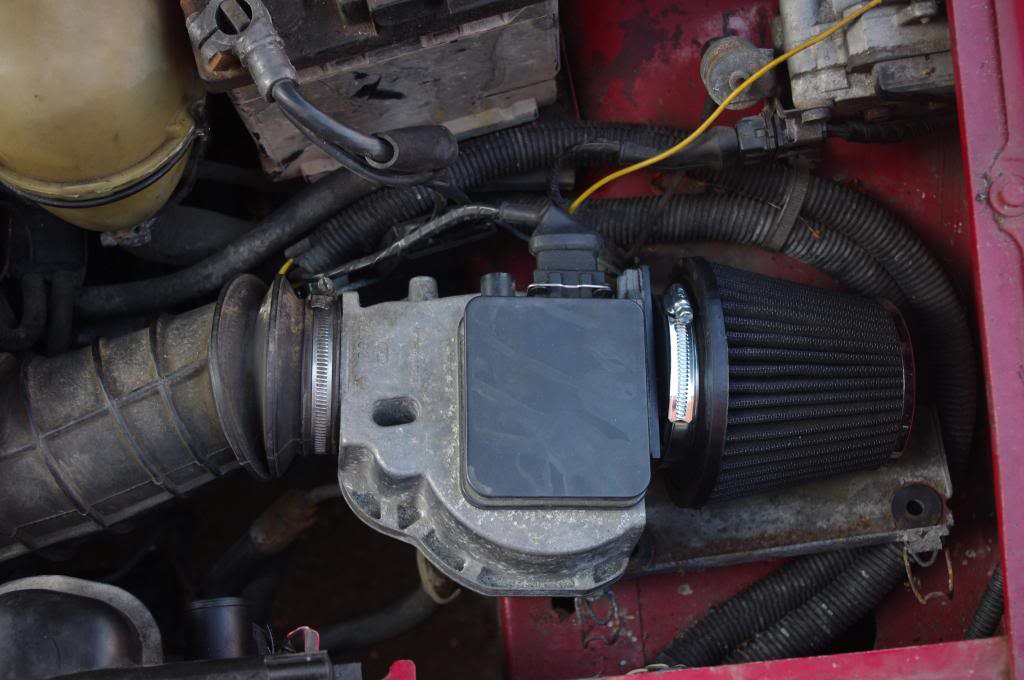 Thanks to Mike E (of this parish) and Mike Chedzoy (of Taunton) I now have a working passenger side indicator and headlamp. 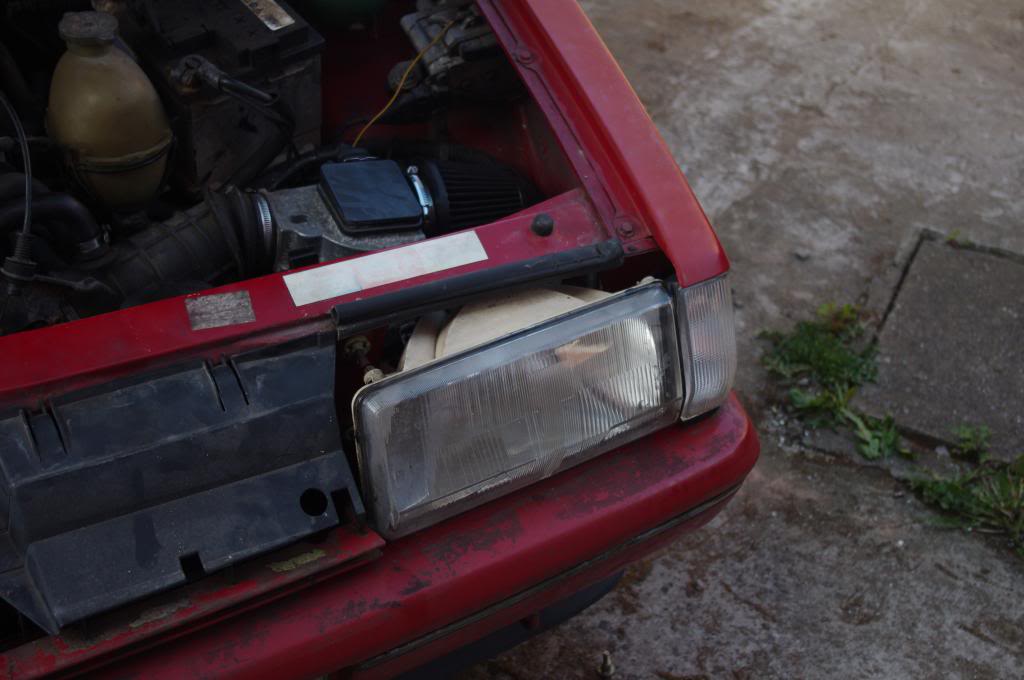 Pathetically dim though, and looking at the wiring it's not hard to see why. I have some relays ready to wire in a direct +12v for the headlamps, once I have a better battery I'll get round to this.

One of my fogs is broken and neither budget nor conscience will allow me to pay whatever ridiculous price they're going for now, especially when they would get smashed again almost immediately, so I have secured these from ebay: 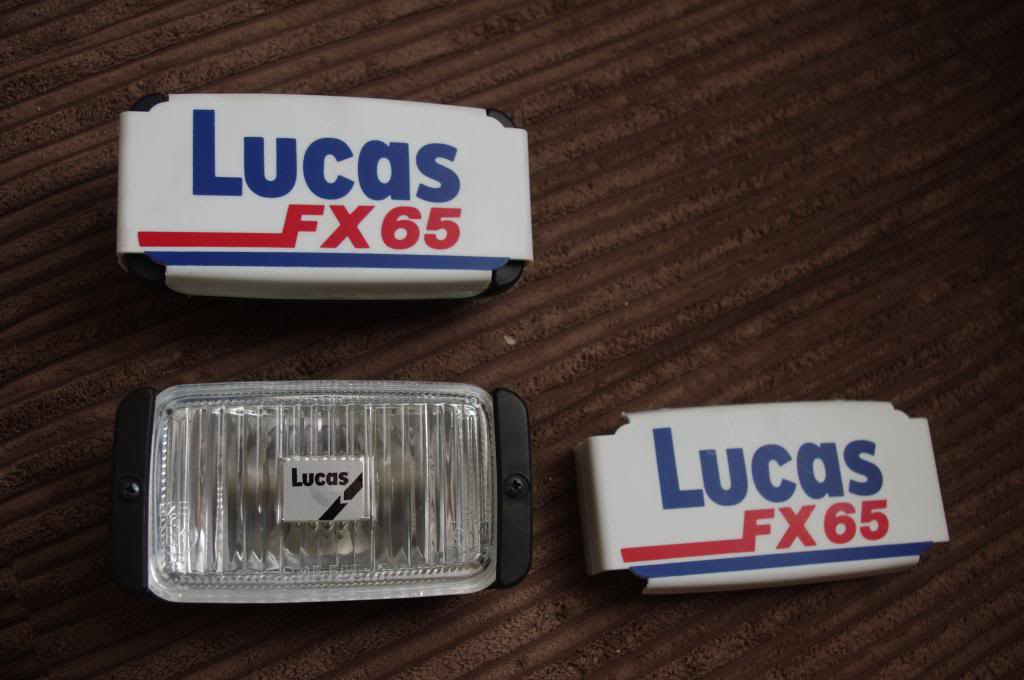 They come with a bracket that allows you to fit them to a bumper etc, but with a bit of adapting I reckon I can fit them directly to something. So I'm going to make up some aluminium panels to mount where the OE fogs go, then mount the Lucas lamps to this. This should still allow me a bit of up/down/left/right adjustment, and I can put the covers on them most of the time so that stones don't smash them. I don't generally approve of this sort of barry boy accessory on BXs but I think these will look quite good.

Unfortunately it has had another attack of not starting today and I can't work out why. I don't think I'll worry about it too much unless it still won't start after I've replaced the HT leads and plugs, which I have waiting - just wondering whether it's worth doing the dizzy cap and rotor arm at the same time too...?
Good heavens! My signature's been moderated...
Top

Battery charged and still no starting, so I am going to start replacing parts at will until it works again. In no particular order I have:

Dizzy cap and rotor arm (Intermotor - continuing my foray into non-OE parts)
Plugs (BCP7ET)
HT leads (Magnecore 8mm ones, I have had these sitting around for ever)

Full set of discs and pads - I doubt this will help with the starting issue but it will feel good to get them sorted.

Bit concerned that the ECU might have got wet too, so perhaps I'll swap that out.
Good heavens! My signature's been moderated...
Top
Messages: 86