I've managed (after searching some past posts from the forum) to locate the fuel sender. Firstly i cleaned the top terminals then reconnected, the float seemed to move freely on tipping up/down = no luck. After further searching i then managed to prise off the unit lid, cleaned the contacts (which were reasonable clean) then noticed some of the circuit print had come off at the bottom of the circuit board (being caught in the float contacts). Also some still parting away at the bottom. Thought this may of been the problem so just re-fitted the unit until the time comes for a new one. However the gauge now moves, so it now maybe fine?? or do you think it may now be giving an incorrect reading with some of the print now missing?? Will have to wait until fri to put more diesel in to see. Also where would i find a unit to replace if need be? Thanks in advance for your help. (i know this is a tech talk but topic is within this post, so though would be ok)

But let's be honest. A set of these would really do the trick . . . 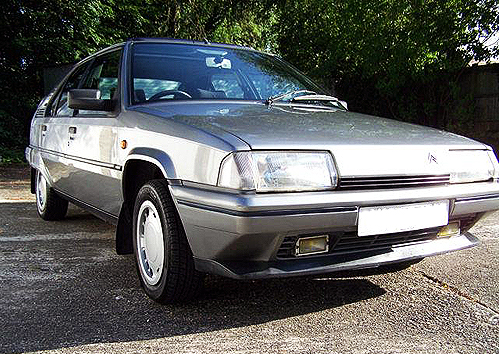 second that as above prob a cooling fan overide switch, obviously done some towing, good idea tho, i would tend to leave as is if all working ok, seems the previous owner took every precaution to never see the death lamps. of course you can always fit a temp gauge from a gti just to be trebly sure.
90 BX Tzd turbo 294k SORN undergoing major surgery
90 BX Tzd turbo estate 46k awaiting surgery
65 Peugeot Boxer Van the new workhorse
52 Toyota Rav4 180k Bulletproof Jap reliability
Top
Messages: 19