A place for us to show off our cars in all their glory. Please keep picture sizes to about 800x600 pixels.
Messages: 39

It's already happening with older models - it's an extreme case, but do you really think Timex would be on the road still if there were plenty of MK1 estates kicking around?

Have you seen what gets saved and rebuilt in the Dyane, 2CV, CX, GS world these days? Now those cars are rotten!!!

To which Mat replied:

But are we talking cars to which people have sentimental attachments? Plus I would guess the supply/demand situation is the other way around for those cars? Either way, if you have the space I certainly wouldn't rush into a decision. Things may well change faster than we think.

Some of the above cars get rebuilt for sentimental reasons (as is also starting to happen with BX's), but it's also increasingly the case that most of the really good cars are now in the hands of enthusiasts and unless you're willing to go to a dealer or restorer (and pay dealer or restorer prices as a result!) you have to buy something that needs work because it's all that's available.

While people will disagree about how quickly, most will agree that prices for good cars at least are on the rise, but it may be too long before it's worthwhile restoring this one to sell.
Mike Sims
BX 19RD Estate Mk1 - Timex!
BX 4X4 Estate - Oh god, I've done it again!
BX 17RD MK1 - it called to me!
BX14 TGE, - SOLD
XM Turbo SD,GS Club Estate,Visa 17D Leader,HY Pickup,Dyane Nomad,Dyane 6,2CV AZL,Falcon S,Trabant P50,3x Land Rovers (88" series 1,109" series 2a FFR,series 2a Marshall ambulance),DKW F7, Lambretta LD150 x 1.5,Mobylette SP93,Ural Cossack,Ural M63,CZ 250 Sport,Honda Varadero 125,lots of bicycles & tricycles including (but not only) Sunbeams,Higgins & Bates!
Top

So, I've reached a decision. It's not the decision, but it is a decision none the less!

Basically, it's all or nothing. I'm either going to break it for bits, or I'm going to try and restore it and make a REALLY good 16v out of it in the view that by selling it for good money, I'll soften the blow of losing lots of my beloved spare parts and also possibly pay for a cruise to keep the other half sweet

I'd be concerned that if I sold it as a project to somebody, they might then withdraw and sell it on again or something later down the line, meaning I lost all the valuable spares (or the opportunity to get it looking good myself) for pittance. Not to mention the fact to make it worthwhile, I'd have to set the price of the project at an unrealistic figure!

So basically, if it passes the following criteria, it's a goer:

* Rust check - if it's too far gone, it's too far gone.
* Wiring check - if it's been butchered it'll be a world of pain I don't need
* Bodywork check - I need to polish the whole car and try and make it look nice again. I don't have lots of money to throw at a bodyshop and I'll already have to do so with the A-pillar repairs.
* Parts cost check - Lots of parts will be needed, and they add up. The engine in G-SEG isn't quite right so I'll need to spend some funds to get it running right again. For a kick off it needs either new tappets, or the old ones refurbing and a cambelt. Might even be prudent to take the head off, clean it all up and fit a new gasket/water pump etc.

So there is quite a hill to get over, but basically if it's sound in all those areas I'll make a go of it. Then, when I can't get £2k+ for it, I'll have a right strop on here

If it fails any of those areas, then I'll have to call time on it.

I'll report back with the findings as and when I find them!
CCC BX monthly column writer bloke thingy - bx@citroencarclub.org.uk

Sounds like a plan! Good luck with that, here's hoping the rust's not too bad. I'm sure you'll do a fine job on the restoration.

Should the worst be discovered though, consider me a vulture circling above the BX 16 valve boot badge...

The worst has been discovered

It passed the wiring check (guy who pulled the engine out even labelled wires!)

But I found out why the engine was pulled out.... 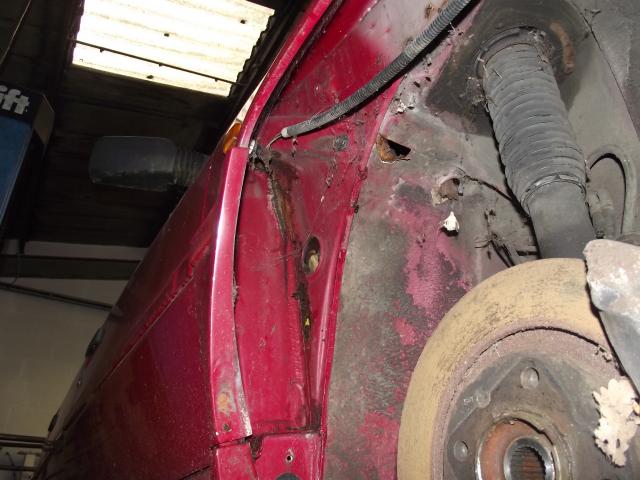 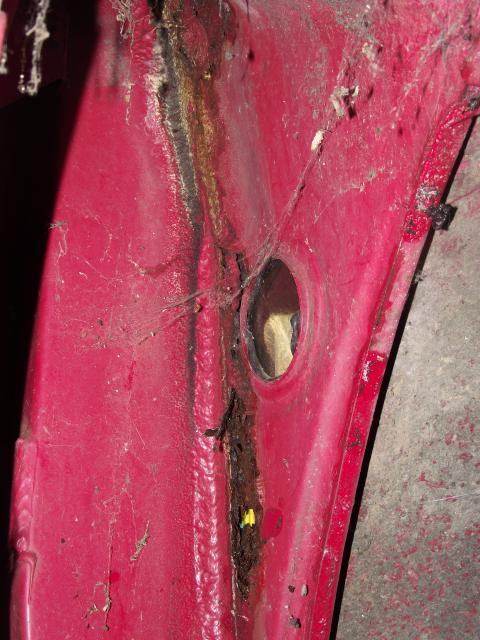 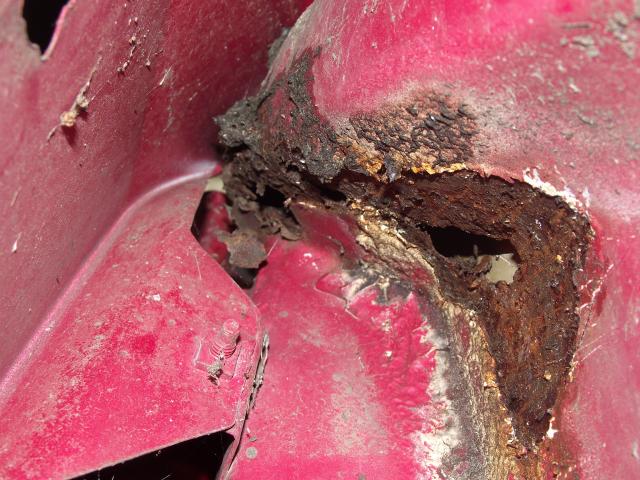 O/S A-Pillar is completely shot. The windscreen is stressed and delaminated all along the bottom edge O/S corner, and knowing what I've learnt through doing the GT, that's not light or easy work to put right. Adding to the fact that the pillar is so shot on first inspection, the inner sections will be completely ruined (because they always are). It's all down to the fact it's rust through at the bottom corner of the windscreen. A real shame, because the rest of it is bloody good.

Not as bad as G-SEG on the whole, but the amount of paint it would need, along with the fab-work and the welding, and the fact it doesn't have an engine and I'd be gambling on the condition of the mechanicals (struts, arms, spheres, ABS sensors....the usual) it looks like it's a no go

Gutted, because I'd started making plans to get it sorted, but it's just too far gone. At least there will be a source of spares for other cars.
CCC BX monthly column writer bloke thingy - bx@citroencarclub.org.uk

told you so!!!! generally if water has been getting in here-it has been for years, slowly but surely eating the a pillar and surrounding areas from the inside out, sure its fixable, i did mine on the tzdt, not quite as rusty as yours but well on the way, these are the areas of rust that tend to get overlooked (out of sight out of mind.....) its not until you remove the splash guards and wings, trims, etc etc that you will really find what your up against, that does look pretty terminal.
90 BX Tzd turbo 294k SORN undergoing major surgery
90 BX Tzd turbo estate 46k awaiting surgery
65 Peugeot Boxer Van the new workhorse
52 Toyota Rav4 180k Bulletproof Jap reliability
Top

Those are kinda the views I took. That A-pillar is just mullered - it's the worst I've ever seen. It's a real shame, because the rest of it is really very good. But add in the bodywork needing a respray and the potential mechanical issues it's just not something I can entertain.

But then I only bought it for the spares, and if I hadn't it would now be a cube somewhere, so it's still a positive outcome IMO.
CCC BX monthly column writer bloke thingy - bx@citroencarclub.org.uk

Agree! This is when hoarding is a smug yet humble position sire. Spares are gonna be harder to come buy ever increasingly, it's always good to have a good stash. Having said that, my stash isn't getting used up that quickly and I'm running out of space!
1990 BX 16V Platinum Grey
1990 BX TGD White
1960 Morris Minor Clarondon Grey
1971 Triumph 2000 Auto Valencia Blue
Top
Messages: 39