A place for us to show off our cars in all their glory. Please keep picture sizes to about 800x600 pixels.
Messages: 34

Hi. Was thinking that I should make a thread about four wheel drive transfer from a break 4wd to a fwd Gti. Millisime.

Here are some pictures from todays work. Was dark and blurry pictures.

Tilted the break on it's side to get better working conditions. The car is going to the trash after all the parts have been taken. Body is full of rust and dents.
Previus owner didn't care so much about it so it had been parked in the garden for 10years.

Here is the Gti thats gonna get 4wd

And after the transfer then I gonna install liqued to air chargecooler for the 1.7td engine. 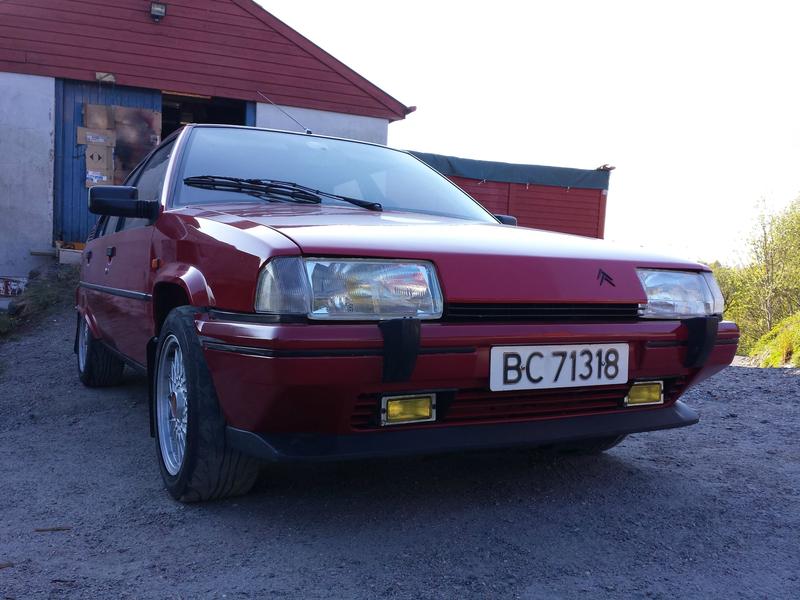 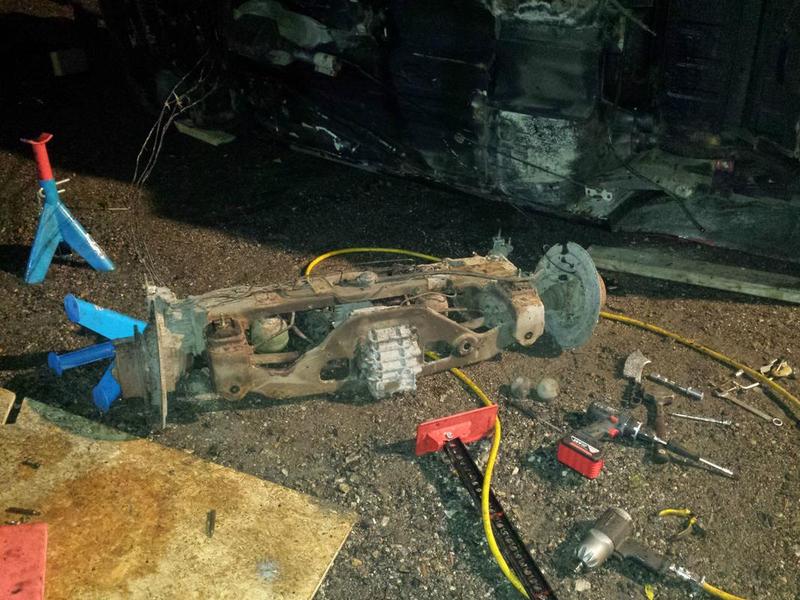 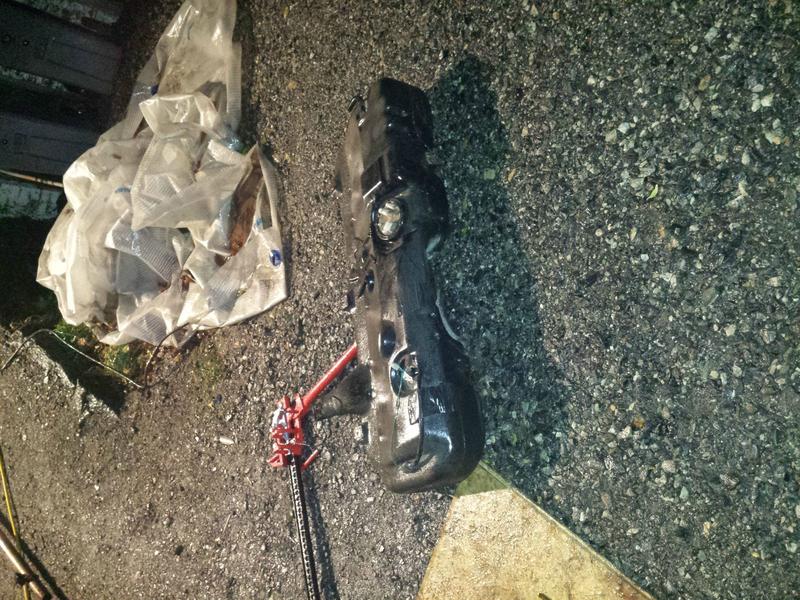 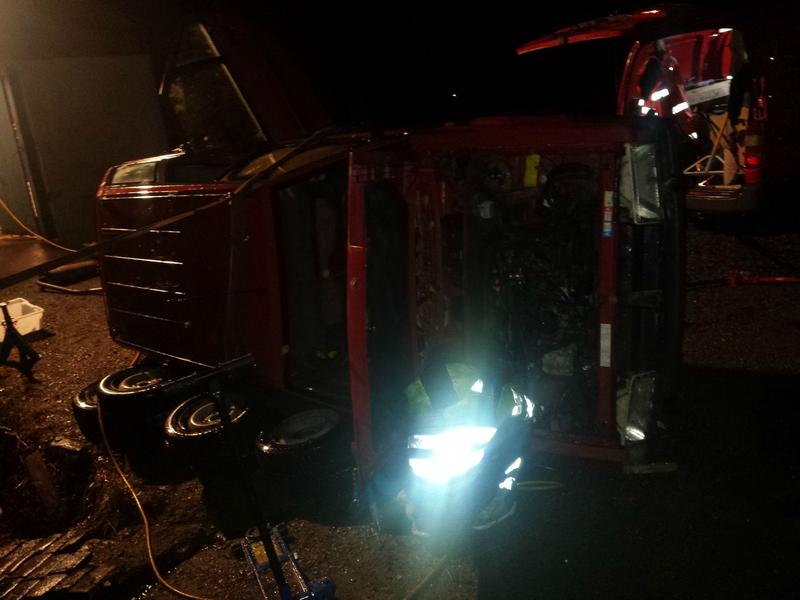 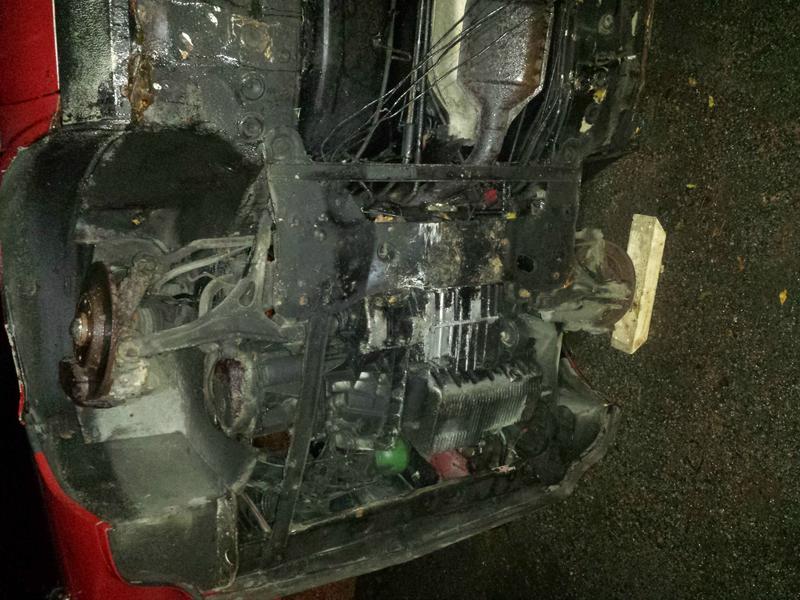 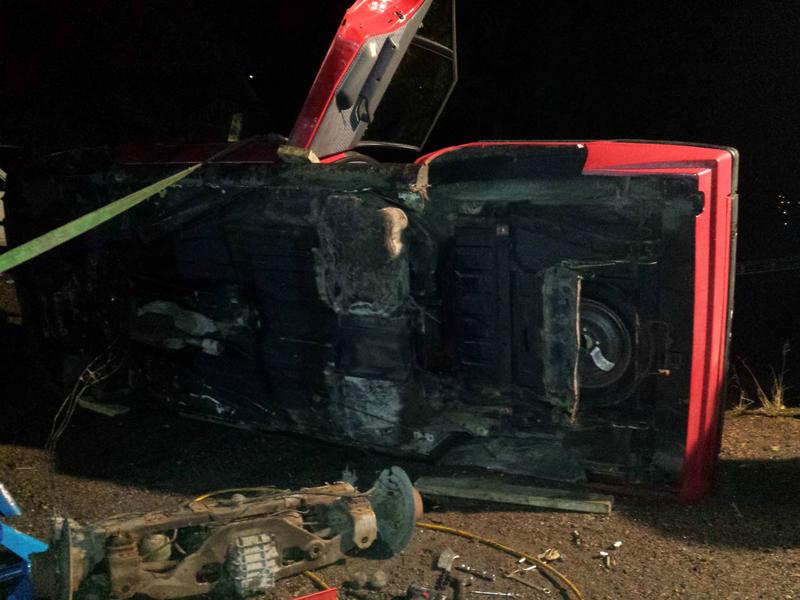 Wow, interesting! Could you explain how you get the car onto its side like that - and how you avoid damage to the door and body panels the car is resting on. Steve
Top

Used two hi-lift jacks http://www.hi-lift.com/media/images/hi-lift-jacks.jpg
You can lift about a meter in the air with them.
It's resting on som tyres, wooden stocks and the fender. The doors and and body panals will be damage.
Red Gti 87.
Top

Good luck with the build.

I have done the same myself & can say its a lot of work, but well worth it. If you need any information on how to do anything - just ask me (if I know that is) or just look on my thread in the blog section, (the myth the legend the Citroen BX Diesel 4x4!), it gives some details.

I would suggest putting the 4x4 parts on your car before scrapping the original 4x4 car - you never know what you'll need (trust me I know!)

If you do it in an organised manor & don't overlook anything then it should be quite simple for you to put it together; just don't forget about things like the octopus, height control rod (the front height corrector is in a slightly different place, although if its LHD it should be a little simpler than my RHD was), wires, rear bump stops, exhaust & the biggest problem - getting the engine to go in with the transfer box on it.

Also what engine are you planning of using?

Thanks for the heads up!
I will try taking much pictures as i can.
Only problem I have for the moment is that I can't find new rubbermounts and bumpstops. To the rear axle.
Is the octopus different? They lokk almost the same or are they just going some places else?
I gonna use the old 1.7td engine that i have.
Are the a way to see what ratio the transmissions have? Are the 4x4 transmission the same as fwd?
Red Gti 87.
Top

The octopus, as far I know, is the same. However mine broke so I replaced it with a home made one. It is a little awkward to get all the pipes on & stop them rubbing against the front right driveshaft though; I had to make my pipes a little longer & tied them to the subframe with a piece of wire.

Good luck with the 1.7TD engine; From what I have seen, the turbo & oil pipes will be in the way of the transfer box, Although if you can find a way around it, I would like a turbo engine for my car

. On mine I had to get a friend (an engineer) to cut a bit off the rear of the 1.9D engine so the transfer box would line up with the gearbox. It wasn't much that needed removing, but it needed removing none the less.

All the models have different ratios in the gearboxes. I was lucky as the gears in my 4x4 box were exactly the same as the 2WD 1.7D box I removed. (after I dismantled both & measured all the gears), Whether that box was right for the car in the first place is anyone's guess though as the original box in mine was a automatic.

I would suggest dismantling both your 2WD TD gearbox, & the 4x4 box, & put the TD gears in the 4x4 box, then you will know the gears are right for your engine. They gearboxes are easy enough to dismantle & rebuild, but put new bearings on the input shaft & new oil seals while its in bits.

Internally the gearboxes (or mine at least) were identical inside, apart from the part that screws to the crown wheel, the 4x4 is the transfer box drive cog, where as the 2WD is the diff. The gearbox casing comes in 2 half's. 1 half is the same as a 2WD, the other half is different for the 4x4 transfer box.

Many thanks for the info. I will upload the rest of the build when im getting better. To sick to get done any work yet.
Red Gti 87.
Top

Just got the rear inside, And ready to get dissasamblyed and blasted. 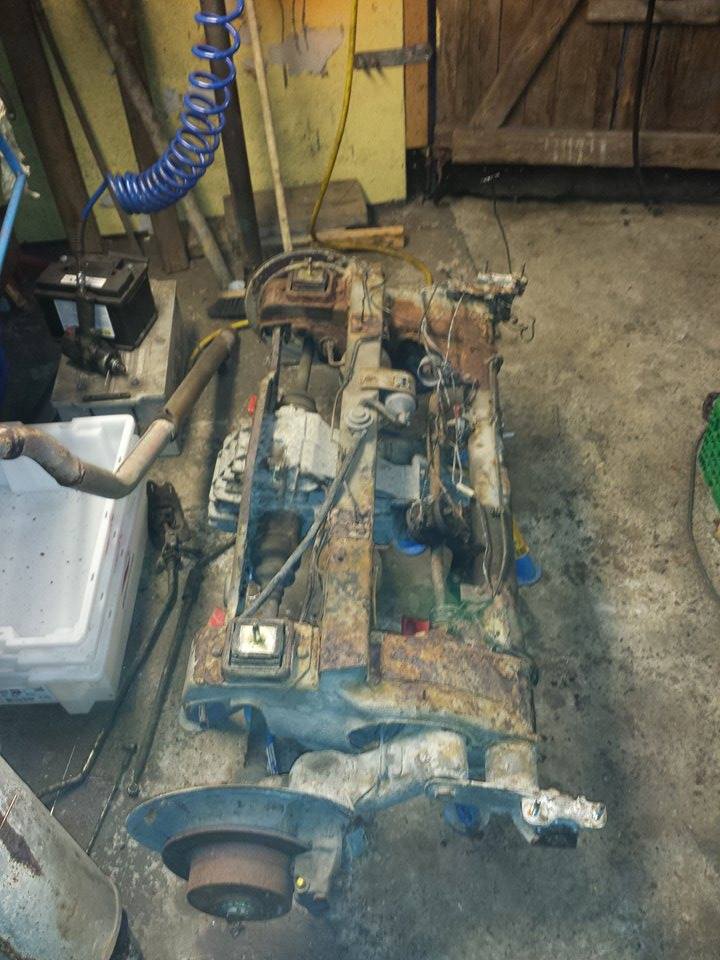 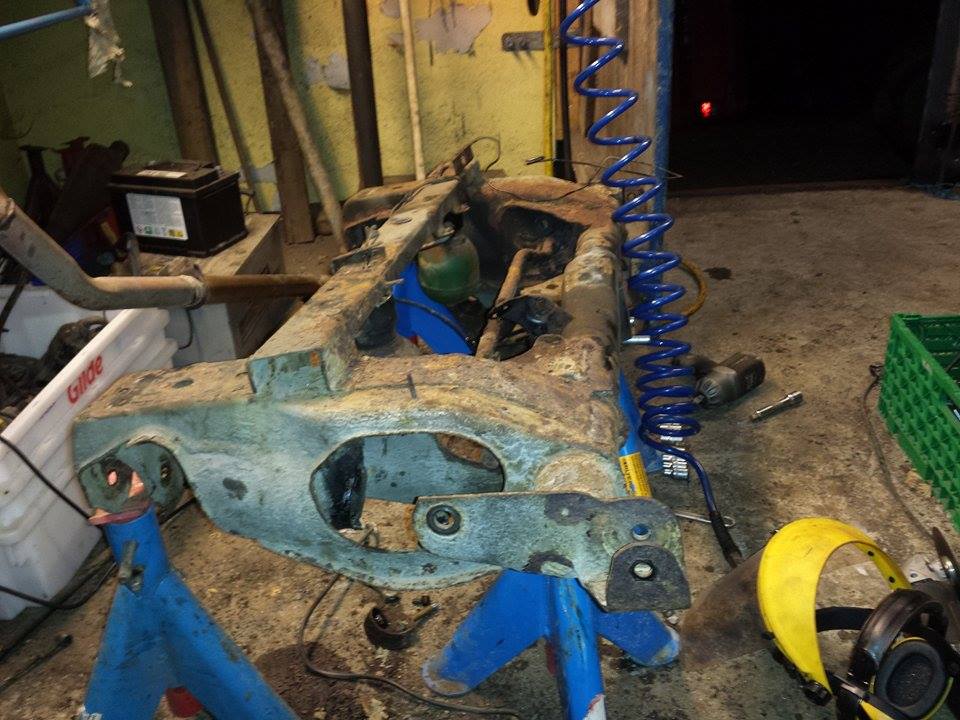 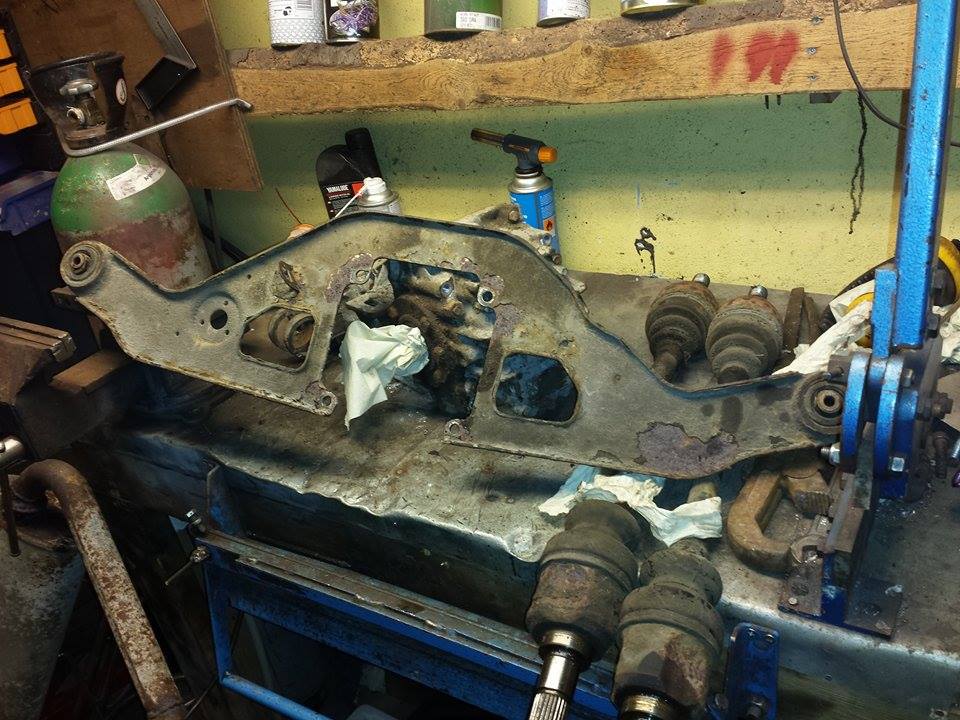 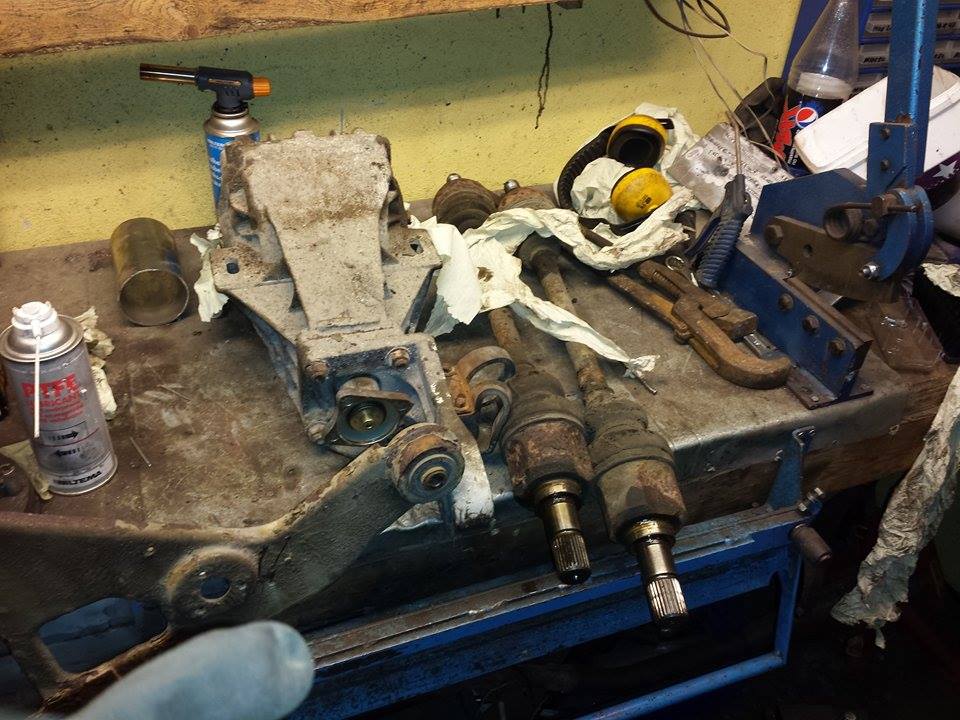 Rounded the bolt to height and stabilisator rod. Hell of a job to get it off. Grinding it for like an hour... 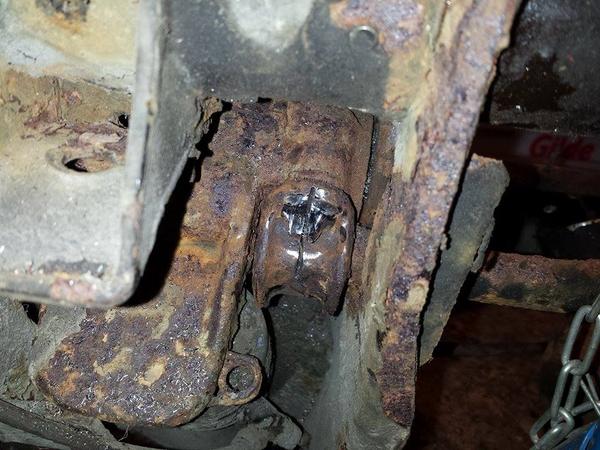 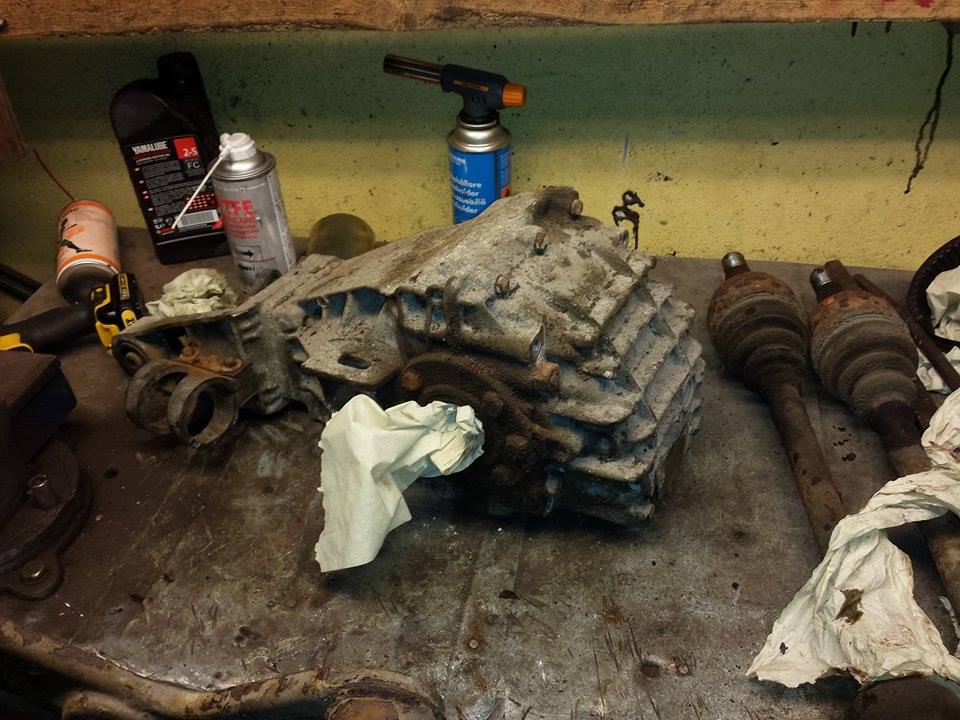 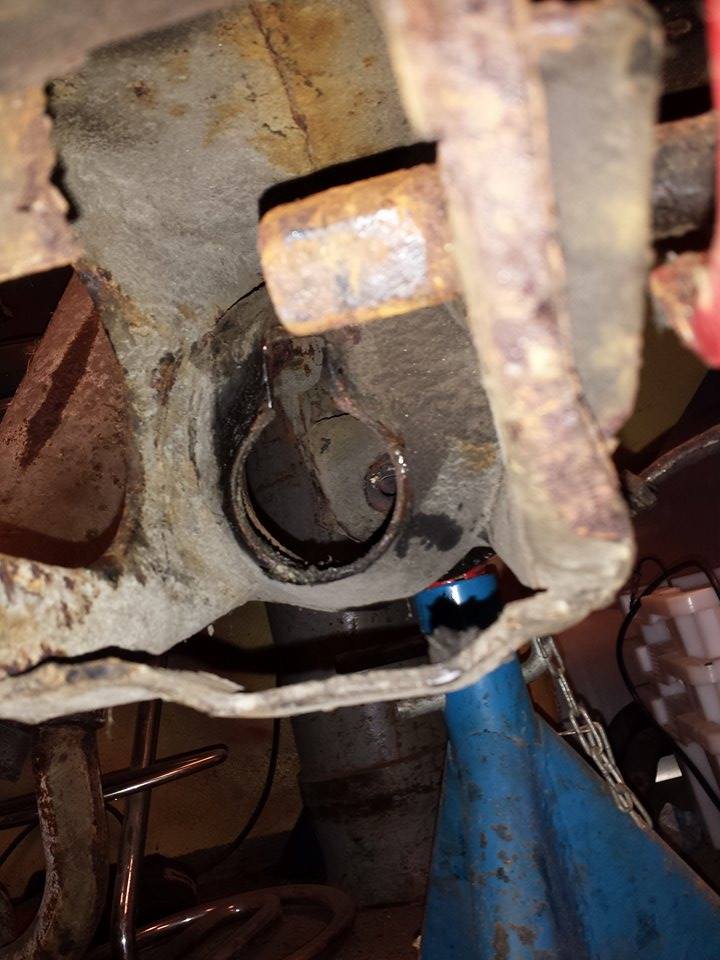 Looks like theres began to rust a hole here, after It's been sanden there will be welded a plate as reinforced. 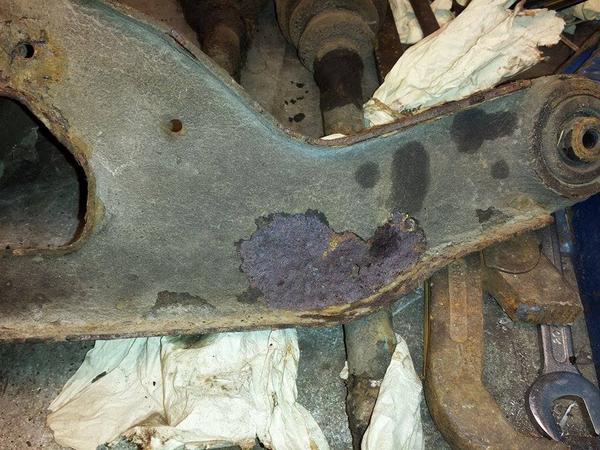 Inside of the supsension. Looks nice, need a cleaning and good as new. 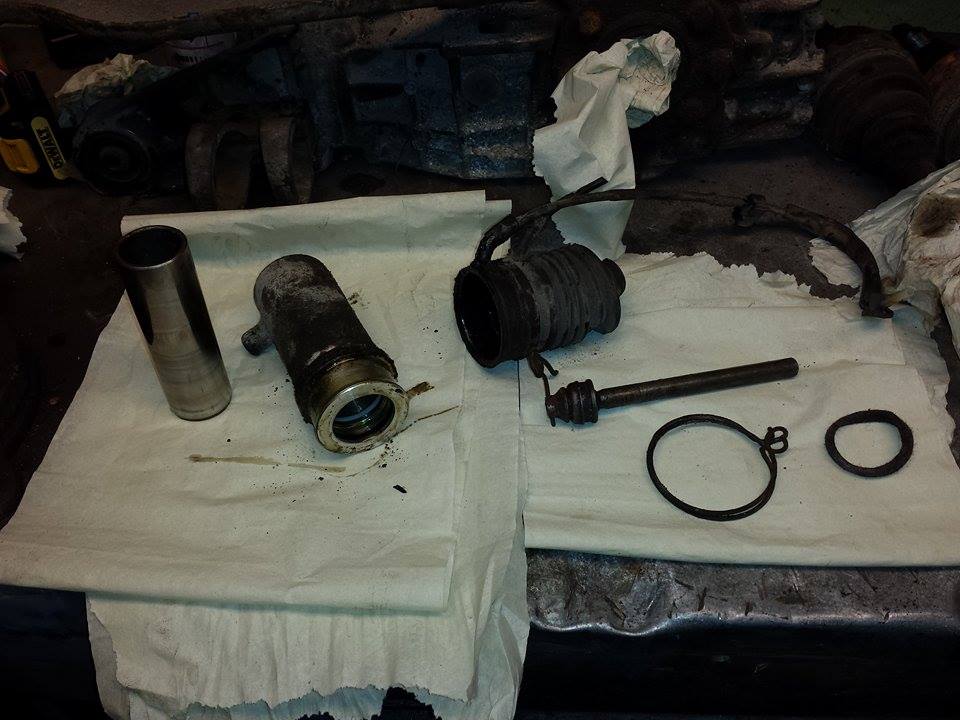 Someone know where i can get new seals for the transfer box, transmission and the rear diff 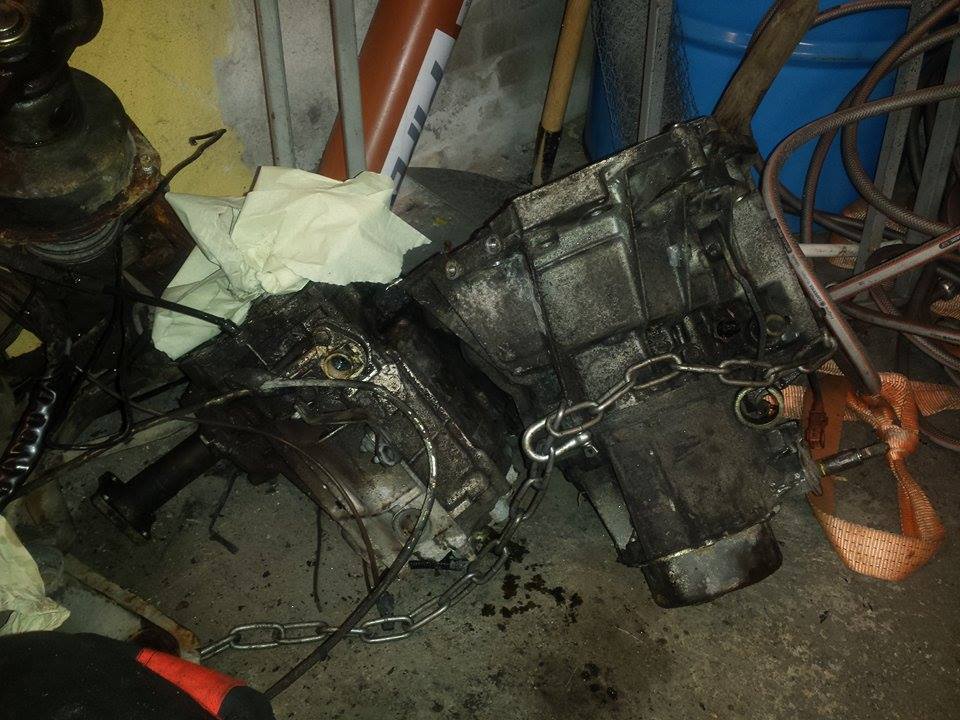 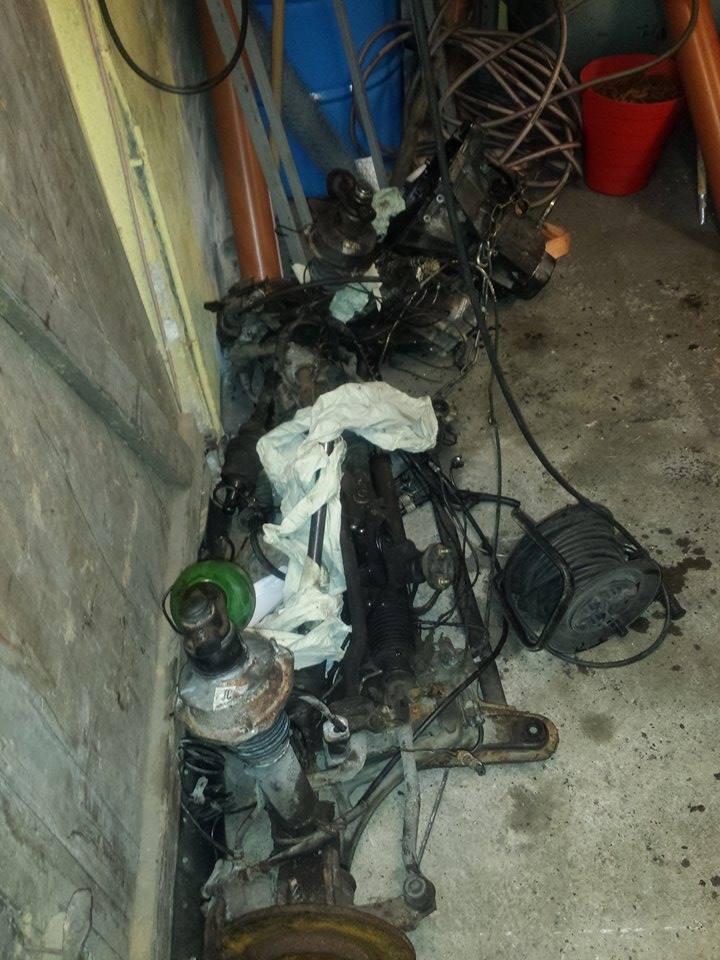 Any tips and trick will be appriciated

If there are no numbers visible on the old seals, just measure the ID, OD and height, and match them up from a seals supplier. Not sure what's available over there, but I tend to use this bunch:

That's a lot of rust on that axle. I thought mine was bad. Although mine did need some welding on one side.

Your bound to find something that needs welding on the 4x4 axle, subframe or the car. On my car (that I thought was rust free) I found some small bits that needed welding up. Just be prepared for it when you dismantle yours.

Also make sure you get the correct oil seals. I have had untold troubles with seals being slightly different & oil seeping past them.
Also make sure you replace them all. Its very annoying when you put everything back together & then find oil running down things.

Also, When you pull the front of your car in bits, Unless its just been replaced, Make sure you replace the octopus. I made the mistake of using my existing one & as soon as I put my car back together it disintegrated!

Remember that the 2WD cars share some parts with the 4x4 (some are listed on my blog), it might come in very helpful.

Keep up the good work & pictures.

That's whats happend when It's been standing on grass for 10years...
When i get it sanden i will controll it for places to weld if there are rust holes that apperes.
Red Gti 87.
Top

Good lack with the build!

Something about 4x4 Peugeot 405 - might come in handy for BX too:

Finally It came off! But i need new rear wheelbearing and hub....
Standing for like an hour with the hammer and grinder.
All four bolts where broken head on. 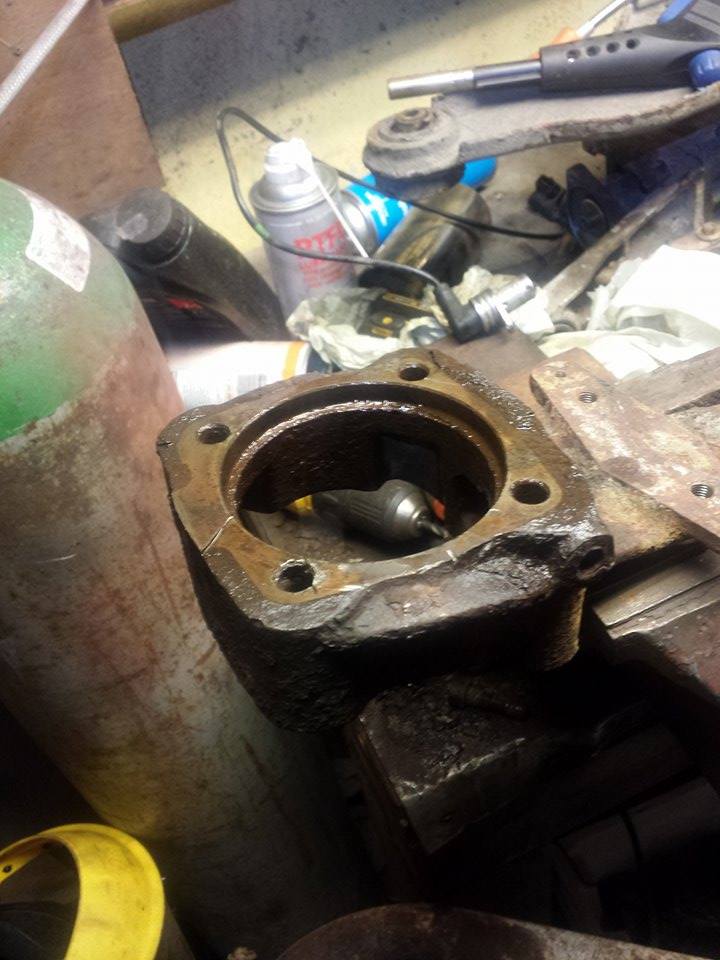 I'm surprised you managed to get the hub carrier off. I couldn't get ether of mine to come off.

I think the actual hubs are the same as the front ones, But I have never measured them to confirm this. I know the drive shaft holes in both are the same size.

Some parts can be used off a Peugeot 405 4x4, but not all. The 405's wheels are further apart than the BX, The CV joints can be used, but the actual drive shafts won't fit. The transfer box, prop shaft, gearbox, diff, & diff support plate all do fit, but if you use the 405 transfer box you will need the inner halfs of the front drive shafts.
1992 Citroën BX 1.9 Diesel Meteor 4x4 - The Project.

Have been a slow week. Had to do other tings for a time. But here is some update for. Just had the rear sanded and welded it together to improve the strenght.
Was rustet alot and had weakned it a bit. 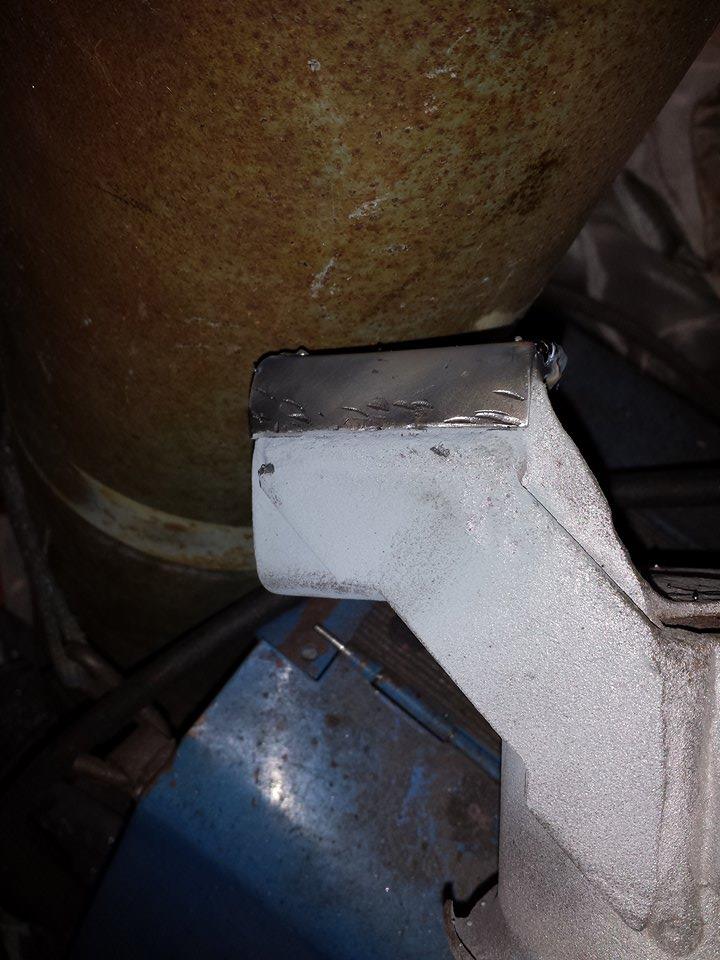 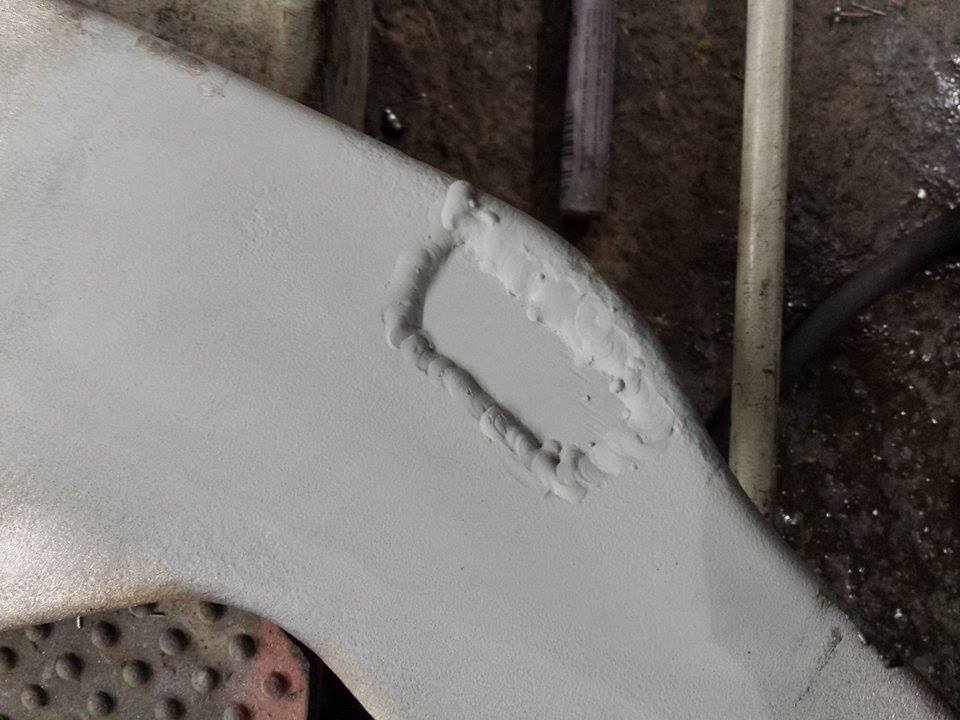 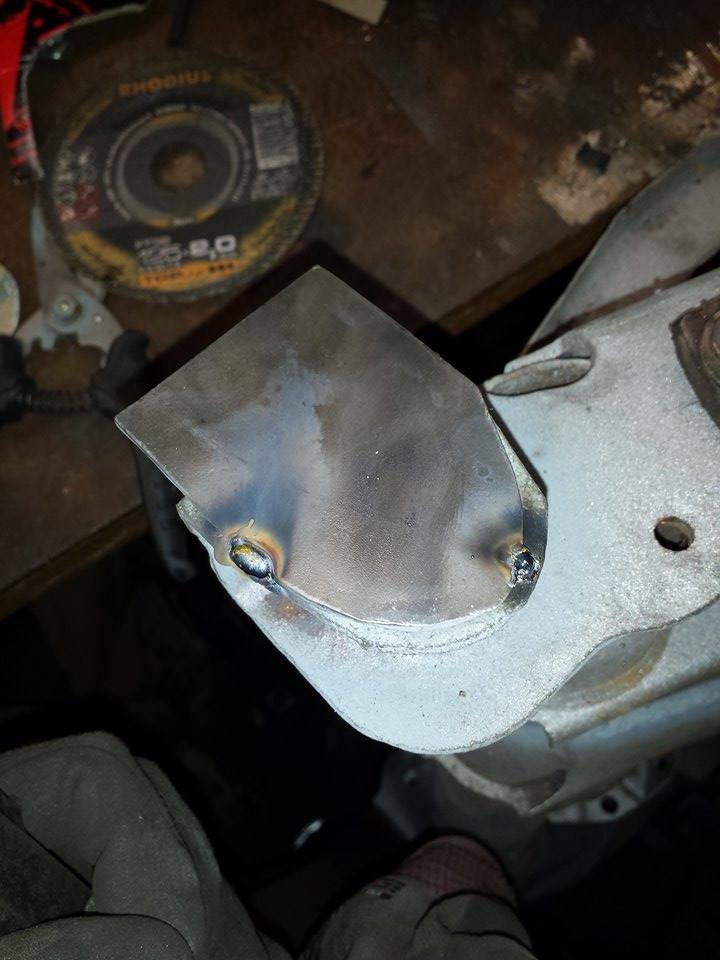 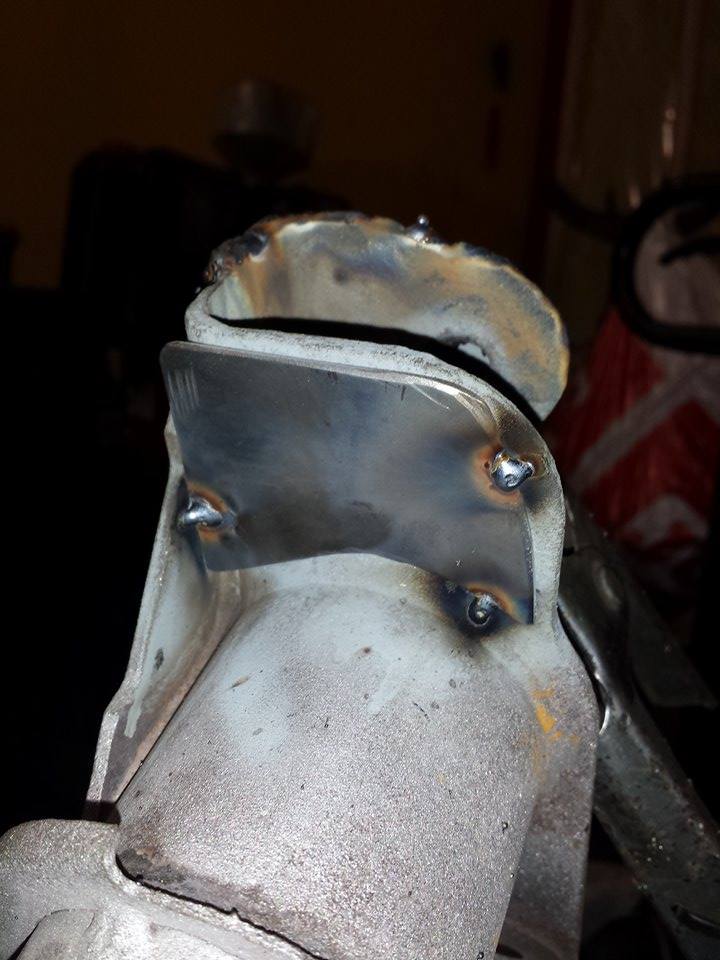 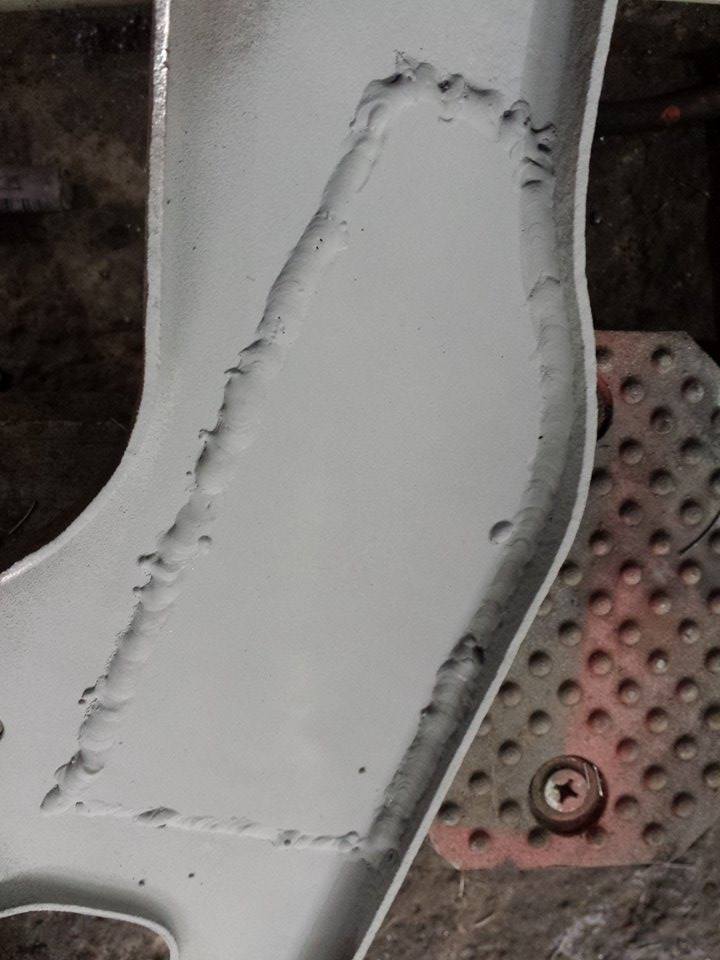 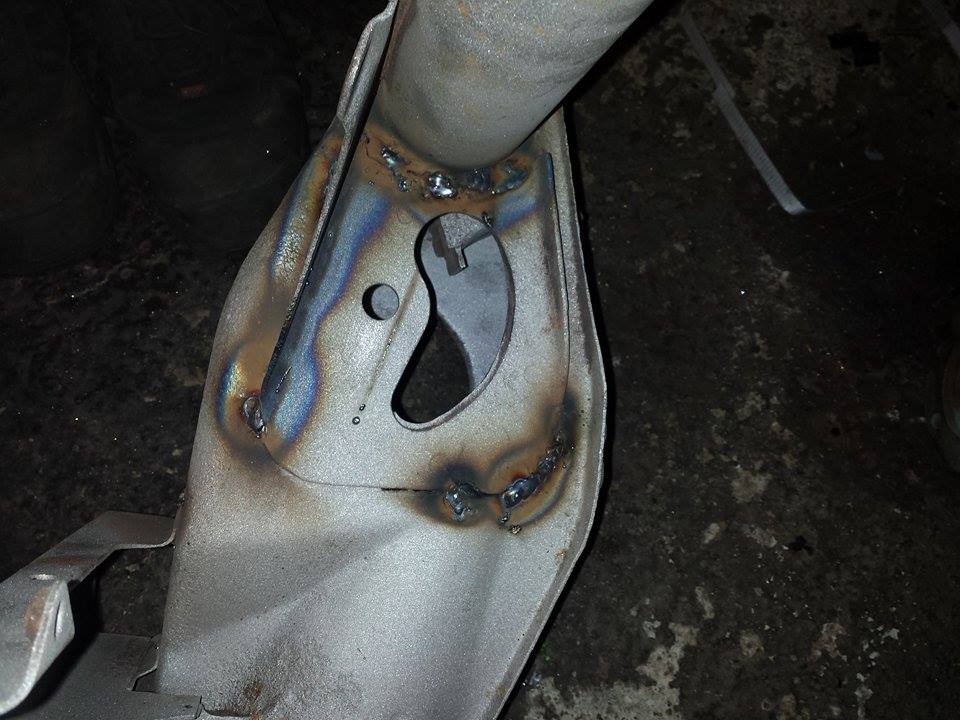 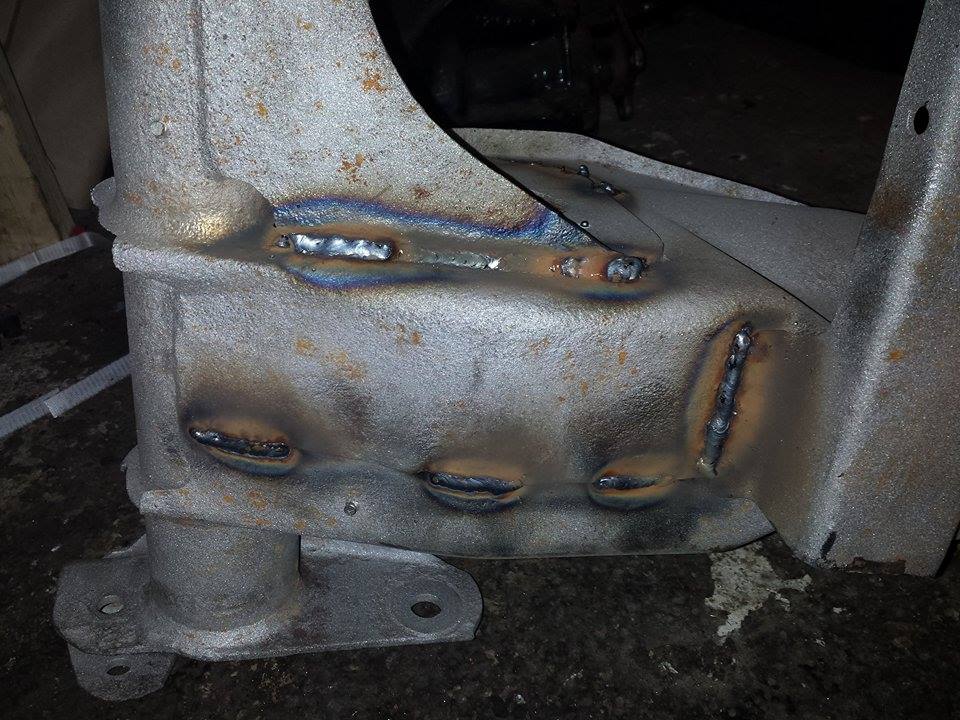 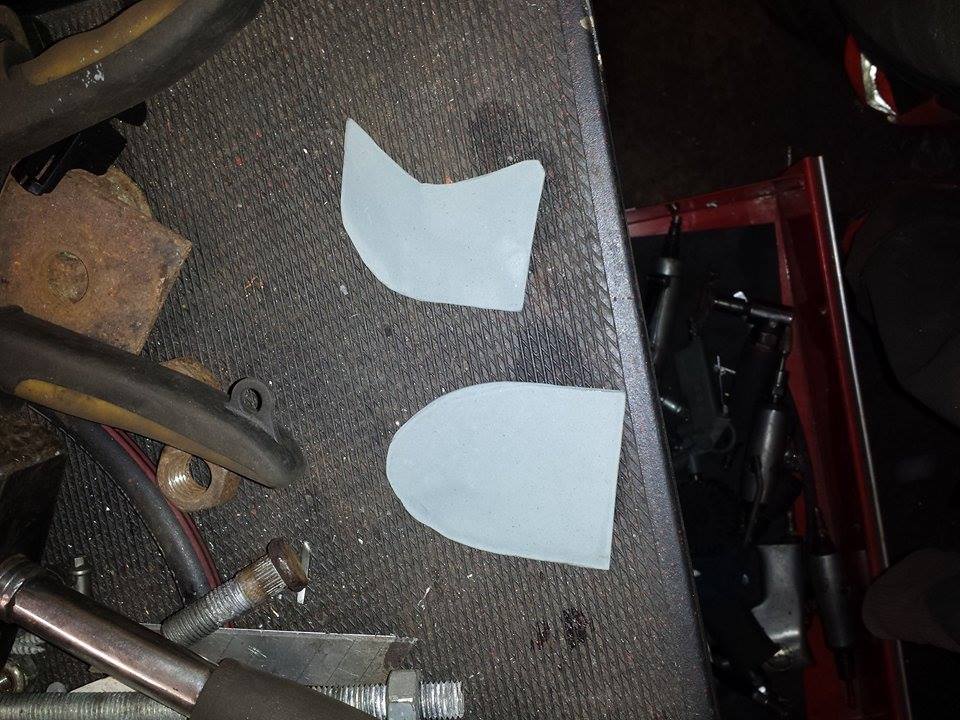 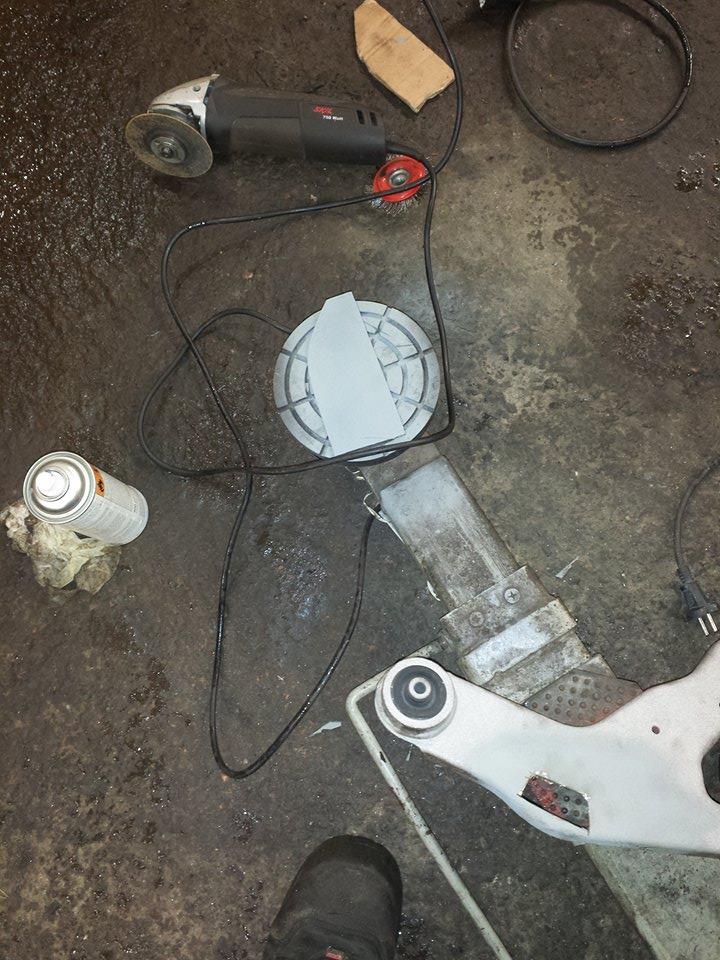 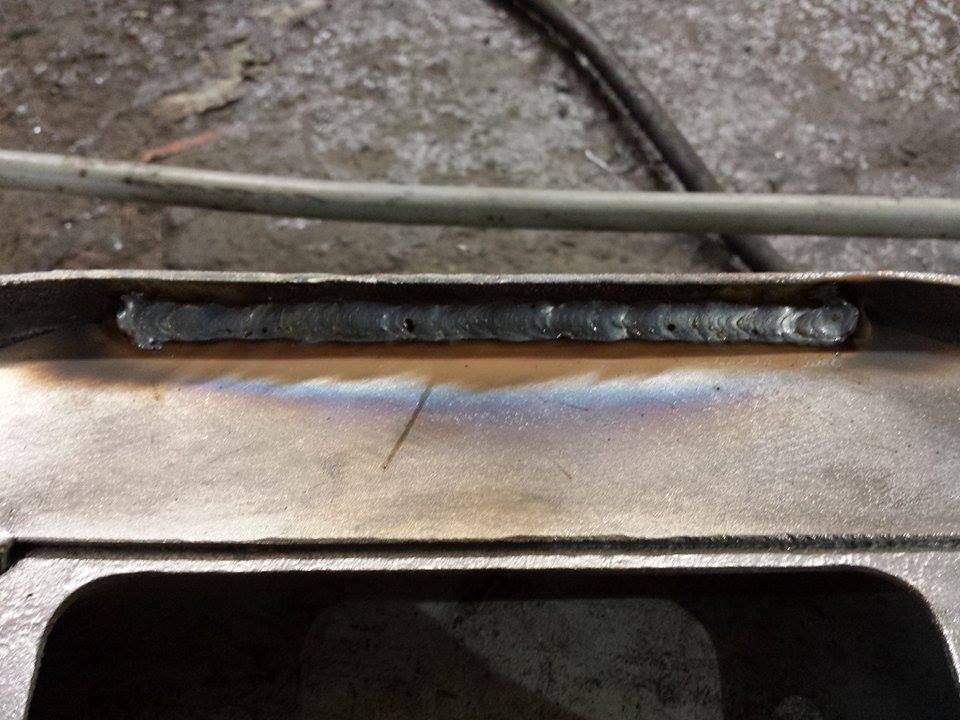 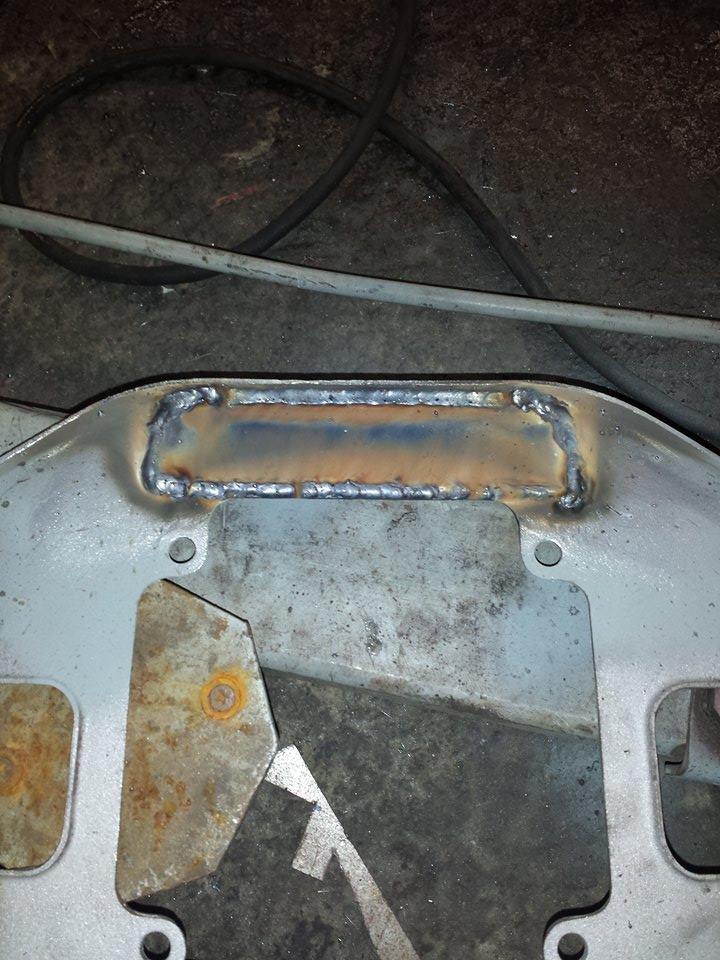 Just a teaser from the paintshop. Gonna get the rest of the parst on sunday. 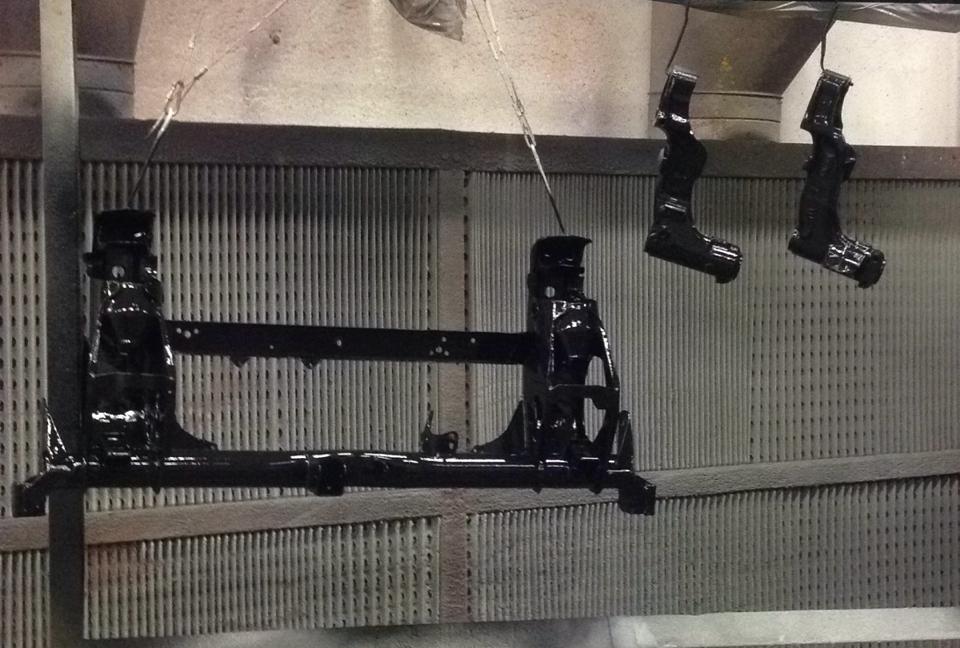