Hi, I've found a BX for sale quite cheap on Facebook and I'm in love with the styling inside and out. I've looked around online and the common faults I have found don't seem too difficult to fix but I wanted to ask here if there are any common faults that could be more expensive that I might not know about? Also, in the event that the suspension does fail is it an expensive fix? The car also has some (allegedly) surface rust but I should be able to sort this out.

Thanks for any and all responses.
Top

Rust can be very expensive to repair and BX's rust like any other old car. So check everything especially inner and outer sills, boot floor, inner wings, suspension mounts, windscreen surround to name a few.
If you know the reg number enter it into here and check the MOT history to get an idea of what's been going on over the years

Welcome Kade, i'd say go for it! They are lovely cars, but can have rust issues as Panky has mentioned.

As far as suspension issies go, it is usually leaky pipes which can be easy or quite difficult to replace depending on where they are, it it's a MK2 (1987-1996) the pipes from the factory had much better anti-corrosion properties than the MK1's (1982-1986). Most mechanics get nervous about workin gon the suspension, but there are a few hydraulic specialists left, or if your handy, pipes can still be found, either pre-formed (you might be lucky!) or made up to your specified length with the correct unions and fittings, which'll require shaping to fit. You can guage the love the suyspension system has had by the condition of the LHM (hydraulic fluid), if you pop the black cap off of the large green reservoir behind the LHS headlamp, you can see the colour of the filter (black=bad/dirty, white/cream= clean/good), the LHM fluid itself should be bright, neon green - darker greens to browny black is not a good sign and may suggest suspension neglect. 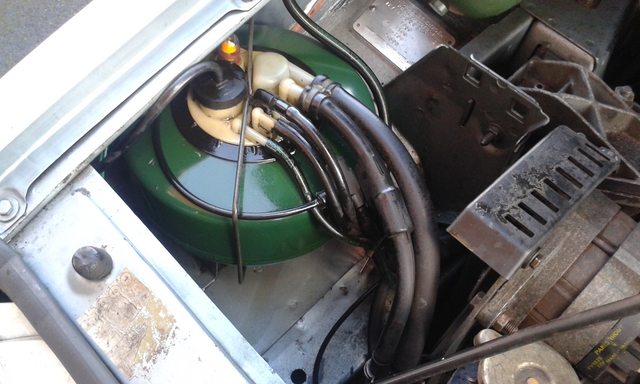 Killer rust areas are the rear subframe mountings, very difficult to check and even worse to fix. However, a good indication of the state of the rear undercarriage can be gained by looking at the boot floor (under the carpet obviously), especially around the edges and the rear sill-rear arch joins in the door shut areas. If these are bad, then it is more likely that there is more serious stuff going on too.

This is my GT, see where the rear wing and the door shut area meet? This can rust, especially at the bottom where it meets the sill. 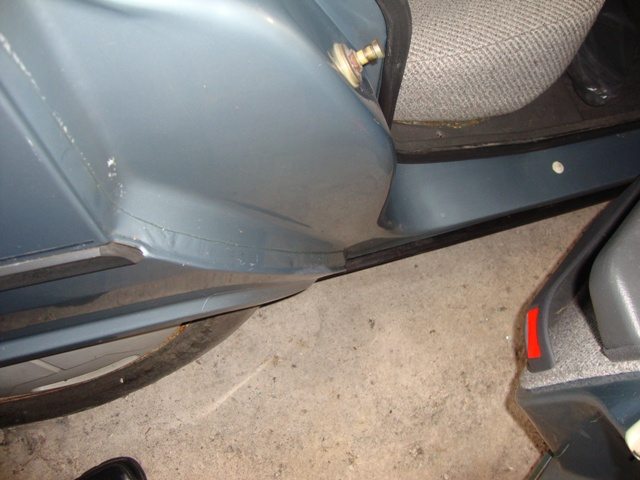 Another area i'd definitely check is the bulkhead, around and below the windscreen washer reservoir(s), a lot of crud can build up here, the drain holes can block and killer rust attacks! It might be difficult to see, but removing the reservoir(s) is easy, just one bolt (10mm?) holding a support arm. 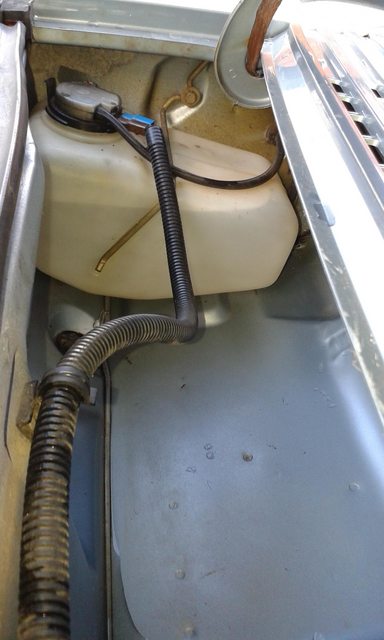 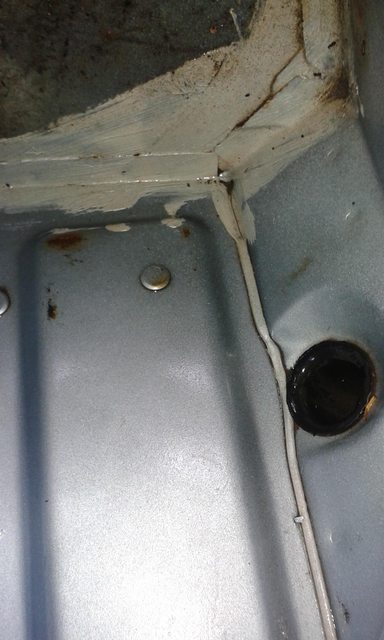 Saying that, a lot of BX's rust in these areas, so if it just that area affected bu surface rust then don't let it put you off! What model/engine are you looking at? The diesels are very frugal, the turbo is surprisingly good for its age etc, the 14 is nippy and fun but not as frugal as you'd expect, the 16 is the middle of the range engine and the 19 the largest, in carb form it's quite nice, torquey and unfussed (mine usually does about 35-40 mpg) and in injection is supposed to be great - especially the 16 valve version. As a general rule, the estates are slightly more rust prone but are also very practical wagons. Unless you must, i'd say avoid the auto (especially the 16).

Good luck! Let us know how you get on. I've had three BX's and love 'em, my 14 was quite fun but died after a crash (red), my TXD Turbo (late model 1.7 turbo diesel) was very frugal and surprisingly good to drive (green), the TD engine is quite revvy and punchy in these and my current and likely forever BX is my MK1 19 GT, which was quite a find and one of the rarest and most desirable (IMO!) models (blue). 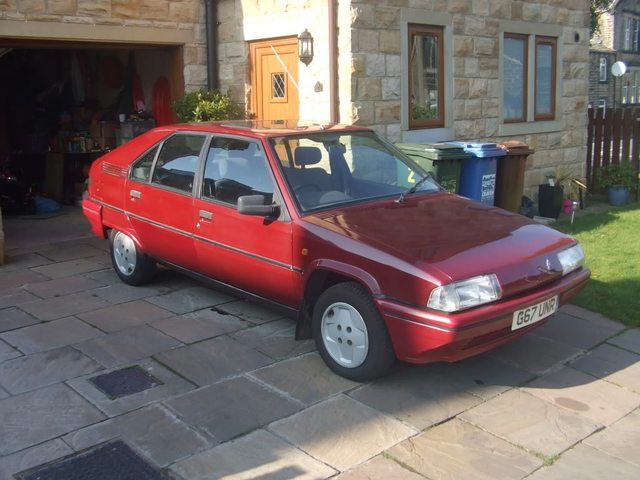 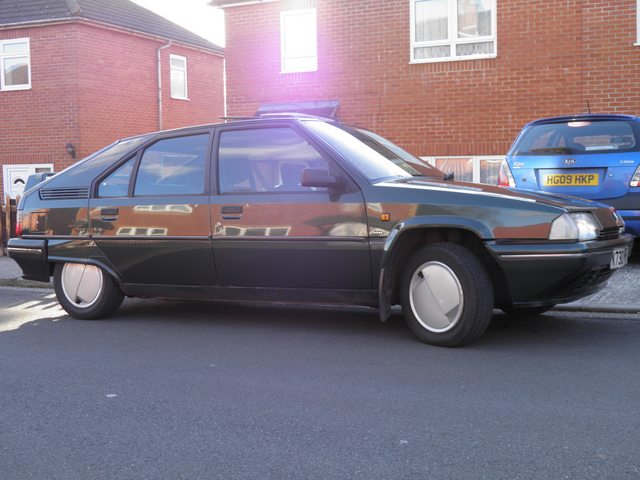 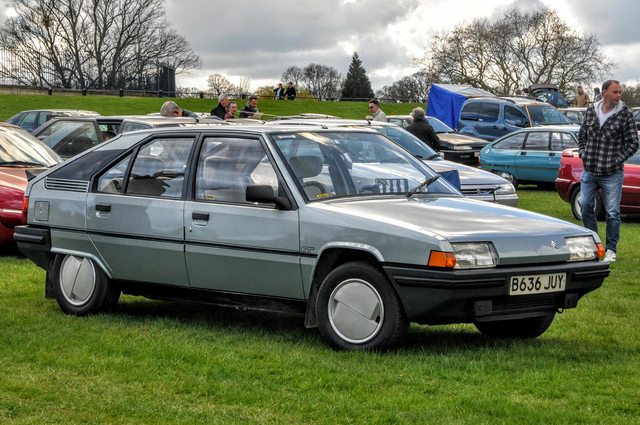 Hi James and Panky thanks so much for the replies. I've checked the MOT history which I'll attach to this post below. Regarding the car itself it's a 1992 BX 19 TGD (non-turbo). I'm not too bothered by the acceleration as long as it's fast enough to keep up with traffic as I'm mostly looking to travel long distance in the car - Still waiting for the Facebook seller to get back to me though!

Oh and by the way James - your cars look great. I should also add the one I'm looking at is a BX Break although I'd be open to getting either body type if it came up (there don't seem to be many around within my budget). This one's £900
Top

There so rare now it’s a case of her the best you can, go on mot history and condition more than colour and spec. Always worth checking classic pages and the Facebook page etc
Lots of Motors, mostly semi broken....
Top

Rear suspension arms are prone to wear if your wheels look like this /-\ viewed from the rear they're shot.
Front subframes can rust and bushes, ball joints, and drop links can wear (knock when driving)
Check footwell carpets for damp.
Electric windows, sunroofs and central locking can be problematic.
Metal pipe corrosion esp around the rear axle is inevitable unless they have been replaced also check the long underside pipes and fuel lines.
And as everyone has mentioned RUST.
Check inner wings, windscreen surround, rear axle mounts, bulkhead, these are the places you really Don't want it, if you can get a solid shell your halfway there.
Diesel engines are good for 300k+ if looked after check for signs of headgasket failure and cambelt change history.
90 BX Tzd turbo 294k SORN undergoing major surgery
90 BX Tzd turbo estate 46k awaiting surgery
65 Peugeot Boxer Van the new workhorse
52 Toyota Rav4 180k Bulletproof Jap reliability
Top
Messages: 7 • Page 1 of 1