Advertise your car for sale here. No parts or eBay spots in here please.
Messages: 2 • Page 1 of 1

Nov '83-built BX 16TRS for sale finished in Sunrise Red. 22,600miles on the clock. One of only two on the road in this colour/spec/year in the UK.
Will be tax/MoT exempt in about 18months time.

Mechanically wants for nothing. Has had a tonne of work carried out in my ownership: I got the car in 2014 with 17,500 miles on it, and finally returned it to the road in May 2021. I used the car extensively last year, which I believe ironed out any potentially troublesome areas.

Mechanically it's great. I'd get it in and drive anywhere. It starts on the button, doesn't smoke or muck around. It pulls well and glides along the road with no knocks or rattles. I'd bet money you'd struggle to find a more authentic BX mk1 driving experience! Rolls around on 175/65R14 Michelins with loads of tread, on original Michelin steel wheels, which were refurbished.. Spare wheeltrims come with it. The originals are 1983-dated.
Because of the mileage, it's also painfully original. Still has the cellophane on the rear footwell carpet from delivery to the dealer! Still has original dealer plates (and remains of a dealer sticker). All the switchgear is like new, with all textures and grains. It never even had a radio fitted (mk1s were spec'd at the dealerships).

It still has the original Jersey cloth seats, which - predictably - are ripped to bits! Even so, that was part of the experience for me, so I've kept them. The doorcards are mint and three of the four doors have never had them removed in nearly 40 years. Carpet is still, all fixtures and fittings good also, with the ripped seats and a heavily sun-bleached parcel shelf being the only let downs. It never had rear seatbelts fitted, but I have a period Securon set to go with it, should you wish.

The fuel gauge has died, and the VFD rev counter can sometimes be tempremental. Normally starts working after 5 mins! Central locking all good and it's water tight.

The bodywork is honest, but no show queen. The bumpers are faded, the doors are all mid-rust repair (except the OSR, which I haven't started). You could, of course, replace them easily, but I wanted to keep everything original. The window runners have all rusted away, but I have two Chevronics replacements for the front drop glasses to bring those back to life. The driver's window works as I have temporarily fitted a spare bronze-tint item. The rear bumper needs removing and a spot of welding around that area (nothing structural) and there is a small hole in one of the rear 1/4 panels below the air vent.

There's no welding to do underneath; I've done any required repairs to the sills and replaced the front lower crossmember a couple of years ago. As far as I know, the inner wings etc are all spot on. Some very small rust bubbling around the gutter rails at the front, but I'm sure it could be treated.
Has a towbar, which works. Doesn't have PAS or a sunroof (because it's such an early one). Is running very happily on Evans waterless coolant, but you could convert it back easily enough if you wanted.

Has featured on my YouTube channel (UPnDOWN) back at the time where I'd just put it back on the road (and the grime in the tank kept blocking the fuel filter up!) It's now done 5k or so miles, and I've total faith in it mechanically. If I was being picky, I'd say the clutch and throttle cables (both nearly 40 years old) are a bit dry and stickier than I'd like, but still work fine. I have a new clutch cable to go with it.
I love it to bits and don't really want to do it, but I've acheived what I wanted to achieve with it and it's now just sat in a garage gathering dust. It needs to be used regularly with a loving owner...that could be you! 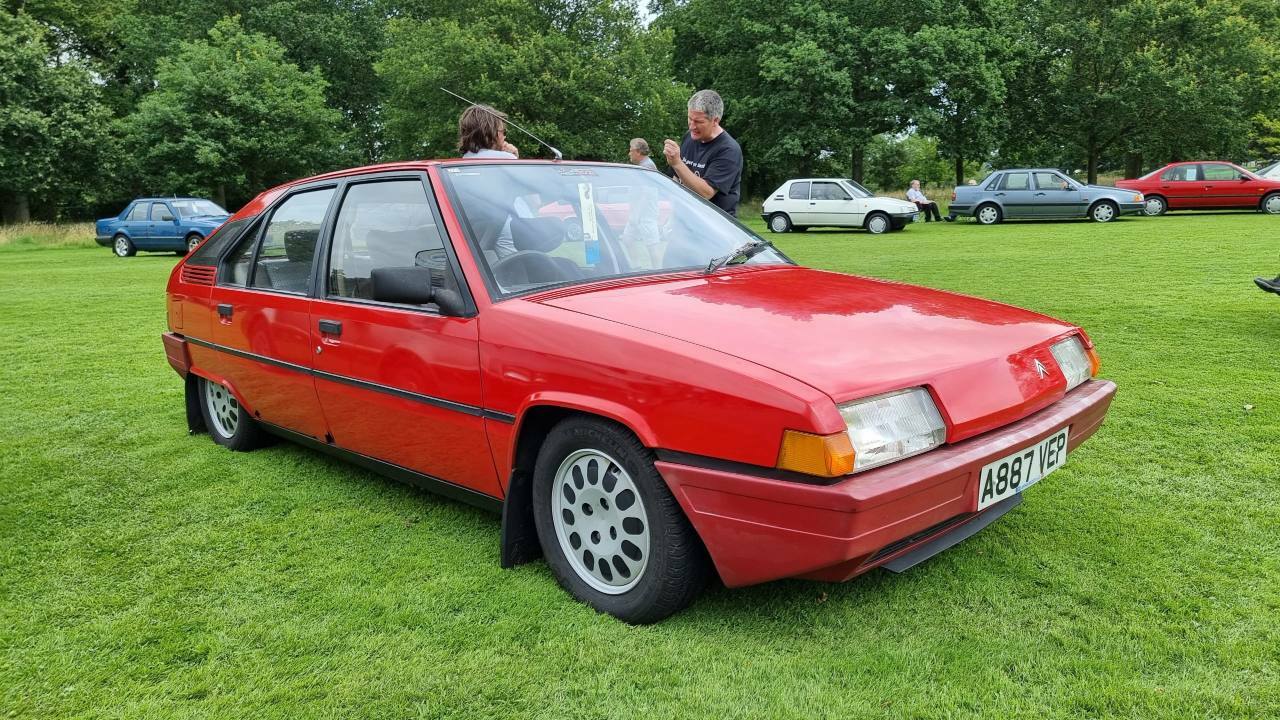 Best of luck Rich, it's sad your selling but quite an exciting opportunity for someone else!
I'm not a Saint, or a James, but a Tom Saint-James!