Erm... I sort of bought a car yesterday. Oops.

Erm... I sort of bought a car yesterday. Oops.

I didn't go out yesterday with the intention of buying a car, I swear. It just sort of happened.

I'd been planning to sell the red 19RD to fund a Mark 1 - Adam's GT, specifically. A friend of ren16tx's wanted it, so I drove up to deliver it yesterday.

ren16tx was going to lend me a GSA to tide me over until the GT was ready. So, we sold the 19RD, did the paperwork, and picked up the GSA. It was the same colour as my BX, and had a very similar reg number - Axxx HVF and Dxxx HVF. Shame it was a total shed really... huge holes in the doors, and an exhaust blow that made it sound like a squadron of Messerschmitts going overhead. All I could see in the rear-view mirror was the deeply unimpressed look on my girlfriend's face. I could see that there was no way in hell we were driving this car back to Brighton. Not without ear defenders. Even then I think she'd have preferred to walk.

But then the beige (sorry, ivory) TRS that Chris has up for sale was sitting there looking all lovely... Chris let me have a go in it, and I crawled over it as much as I could. It's a sweety.

So I bought it. 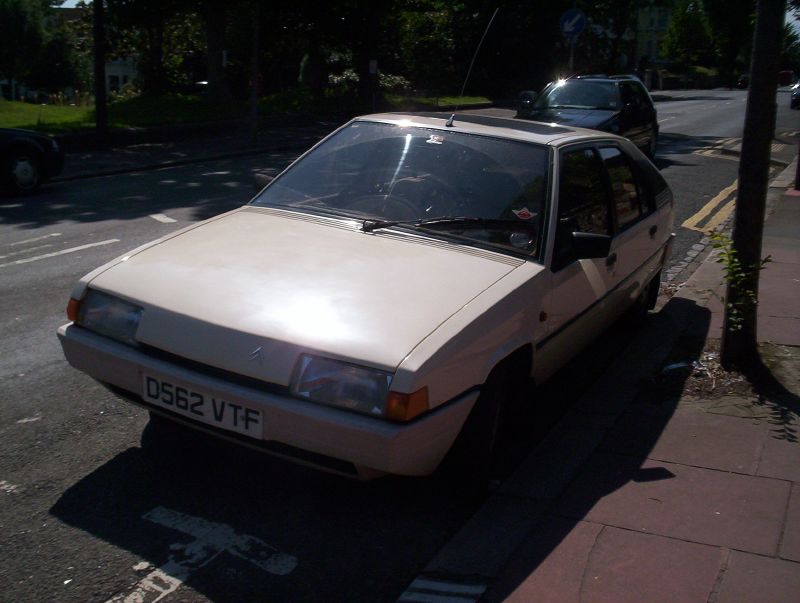 I'm really chuffed. I've been wanting a Mk 1 for ages and this is a good one - very, very little rust, low mileage, an excellent interior and a lot more responsive than the 19RD.

I even like the beige paint and brown interior, even though my girlfriend is still a little dubious about them.

One small blot on the copybook, of course - the exhaust fell off this morning. I knew it was going to happen - the last bracket at the back of the car has broken off and it was cable-tied up - but it's a shame it happened less than 24 hours after I bought the car. I've made a temporary repair with a wire coat-hanger and I'll get it fixed properly this week in time to drive it up to the National. 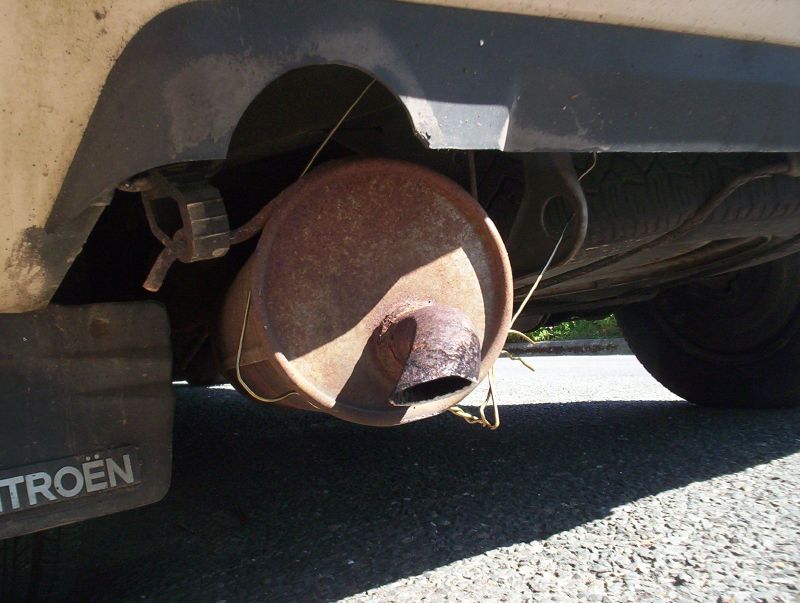 Which one you going to keep then?
Top

Stuart, you seem to have a very severe case of the BX bug! Mind you the one you've bought looks a cracker, I don't think many could have resisted that.
Vauxhall apologist.
Top

Oww thats a nice one

Think its the same colour as my GT? "Blanc Cremant". I hope to see it at the meeting..
Top

There's a certain charm about a TRs that only they have.
I like all BX for various reasons, but that model is the one that has it all and is the closest a BX ever went to riding like a CX...nice car.
There's still a fair few of them over here and they are the cheapest of all BXs. The secret of making them go right is to be certain you keep good filters on the fuel lines to and from the pump and set the float level exactly where it needs to be by doing it by trial and error and not "by the book."
Mine would do 7.2 litres per 100 klms without air con operating and 7.3 with, whiuch converts to close to 40 mpg, however around town it was getting around 10L/100 klms or around 30 mpg.
The higher the octane, the better it ran and the extra cost of the higher grade fuel was more than paid back in better fuel consumption.
Congratulations.


Alan S
By the time you're old enough to know it all, you can't remember why you were learning.
Top

Thanks for the kind comments guys! I won't be taking on Adam's GT after all - one BX is quite enough. I've talked with Adam by PM and we're both happy with the situation.

Like I said, I didn't go out on Saturday with the intention of buying a car, I just had a sudden rush of blood to the wallet! I had to fight Chris for the keys.

So, my third BX!
Top

And so it came to pass as originally planned, eh?

You know you've been after that car for a while!

I have indeed! Weird the way these things turn out. The best-laid plans of mice and men, eh...

It's booked in to have the exhaust fixed on Wednesday so with a bit of luck it'll stay on.
Top

So what are Adam's plans now with the GTi? Are you still keeeping it Adam?
Vauxhall apologist.
Top

Im not sure what im going to do. My lacklustre recommissioning has led to me having to pay for another 3 months storage anyway, so I have got 3 months to fix her up now. If anyone does want it as it is, come and get it lol..

If nobody wants it, hopefully I will have done a good job of all the work by 3 months time and ill stick it on Ebay.
Top

I went out last week to look at a bike and BANG! next thing I know I own one

Absolutely! BX Meteor on eBay, £100 Buy-it-Now with MOT and Tax, in Swanage? Yes please, thank you very much, Boom! Done.

Got to be one of the most impulsive things I've done in a long time!

Look at it this way Stu - it guarantees that car getting to the National! It was going begging otherwise because Lucy wasn't keen on driving it. Chris will be driving the MK1 Italian TRD no doubt.

Another mk1! You never know, we might hit the magic 25 this weekend