Tell us about life with your BX, or indeed life in general!
Messages: 1031

The paint is fabulously smooth, except for the bonnet where lacquer peel is starting to happen, I will need to get it repainted along with the bumper as its peeling too!

There's a plethora of dents for my dent man to have a go at.

It certainly is a nice colour Tim.

Tim Leech wrote: There's a plethora of debts for my deny man to have a go at.

Moved the TZI and GT from the lock up where they have lived since 2008/9 respectively to a barn 6 miles away, is not as user friendly as before but I now have 4 spaces and all the cars will be parked side by side, a lovely evening for some bxing, the GT is still incontinent!

The red xantia auto is still either at full height or on its bump stops so I will be taking that back to the garage Tuesday so they can undo what they did! It's going nowhere except Barry or robs from now on! 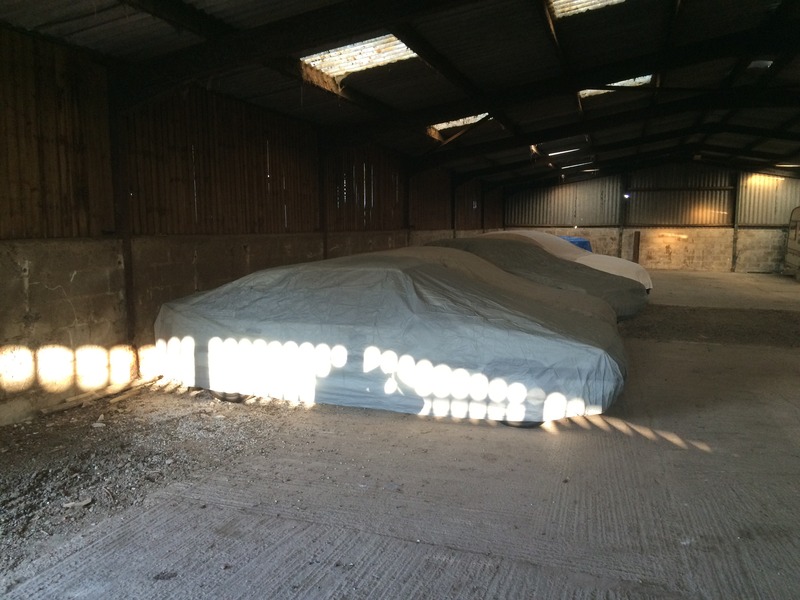 I need to reassemble the other red Xantia to shift that too before the end of may when the lock up closes.
Lots of Motors, mostly semi broken....
Top

More Xantia woes, dropped the Desire (now named Vivienne if anyone can work out the link), the front height corrector is stuffed, rusted up and battered, a good used is £50 plus delivery plus £100 to fit, I spent £60 today on having all the dents taken out.....

I'm hoping to have it at the X Rally in all its pink lacquer peel glory!.

Front pads also need fitting, but I am going to attempt them myself....

I also bought a stack of BX parts of a scrapped 19TGD in brum, which I will sift through and then pass the rest on at the X rally.
Lots of Motors, mostly semi broken....
Top

Amazing what you can fit in a Xantia, full BX interior, 5 wheels, 10 lamps, 4 mirror's, various cables, trims and odds and sods!

As you know I also like my BL/MG Rover stuff, so since my mum had her new Polo last year and the 25 which we bought new in 2004 was given to me albeit with a stuffed headgasket!

Over the last 8 months I have sorted most of the issues inc dents and scrapes, replaced the wheels, worn seats and had a complete new exhaust (Friday), plus the head gasket/cambelt and tensioner etc. Yesterday was the pride of long bridge annual rally at cofton park (opposite what was the factory) which I have attended for the last 5 years, as I once worked for MGR and do have a soft spot for their offerings and like most childs of the 70's they were everywhere, we were a BL family where some were Ford orientated.

This year I was determined to take the faithful 25 back to where she was made and spent all week polishing and fitting new parts ready for the 10th Anniversary of the Factory closing show. New middle and rear exhaust at the ready I went to dismantle the old one only to find the front flexi snapped under load when trying to undo the connecting rear section! A new front pipe was ordered and entrusted to my local friendly garage at a cost of 135!

Up at 8am the next morning to sort the SRS light (one of the seat connectors had come apart), the sunroof decided to stop working (it mended itself) and one of the indicators failed (bulb)....all sorted by my fair hands.

Off to long bridge (after a quick jump start off the Xantia as the car hasn't moved far recently and the battery was down) we go...... 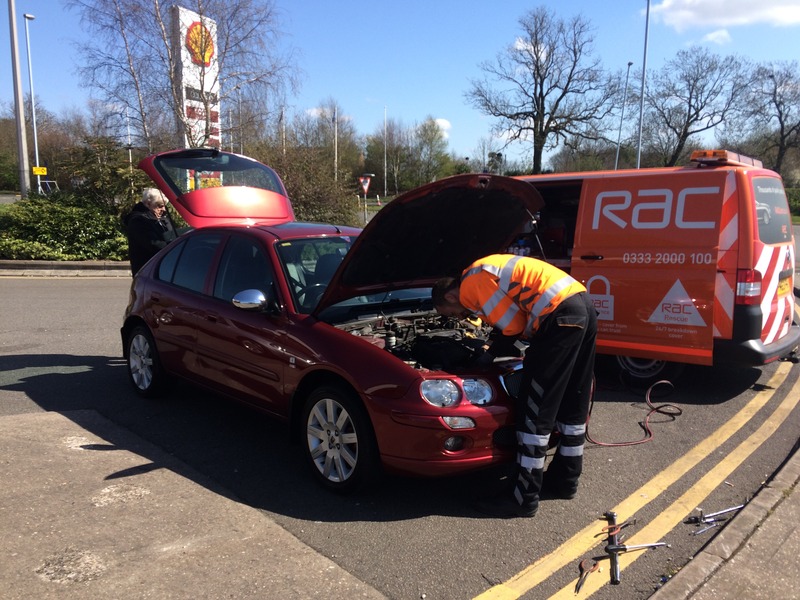 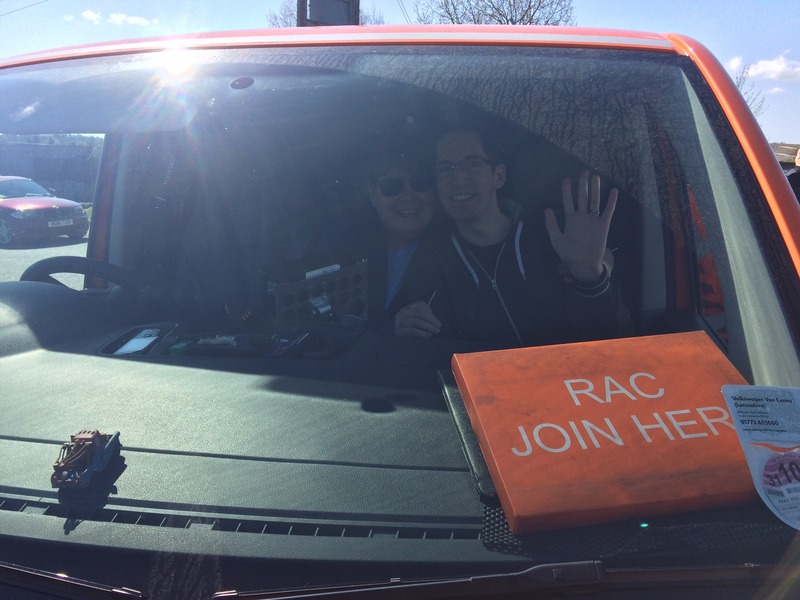 That's my step Aunt and my beloved in the front of the RAC Van, the alternator failed 6 miles from home and the battery gave in! 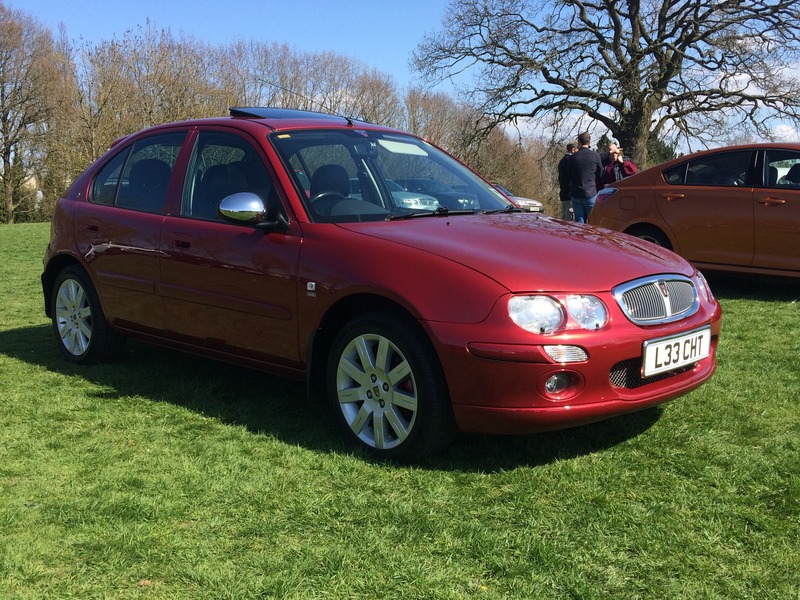 But we made it, the RAC Chap (who is the same guy who rescued me in 2009 when the fuel pump pick up pipe on the SD1 failed ) was A1, a lovely guy who realised how upset we all were as we would miss the show so he rang around, located an alternator, drove 30 miles round trip to fetch it and fit it and within 2 hours all was well and we made it to the show, another 128.00 later we were mobile, I checked online and although the alternator was about 20.00 more than the cheapest online it was fitted free, was a quality part and came with a 12 month RAC guarantee as he fitted it.

Michael and I pay 6.25 a month for both of us for full cover (exc home start) which I think is a bargain, admittedly I get 50% discount being a CCC member!

Looks extremely smart, Tim. I like the look of the 25 - and especially an unmolested MG ZR in BRG... But nobody else in the family shares my enthusiasm. Quite the opposite. (Except my brother - but then again he has a V6 MG ZS)...
• 1992 Citroen BX TZD Turbo Hurricane
• 2006 Xsara Picasso 1.6 16v
Top

There was best part of 3000 cars at Long bridge yesterday, most of the ZR/ZS brigade were quite modified and driven by tracksuit wearers with baseball caps called Daz! but its up to them, the support for the Marque and the POL show is growing year on year. I do like Rovers, the interiors especially before the Phoenix 4 cheapened them were very plush and nice places to be (if you like wood and leather).

Very different to Citroens and very British but I like both!

I had a couple of V6 ZS's, loved it, great to drive and went well, they are for peanuts now.
Lots of Motors, mostly semi broken....
Top

Bought a couple of BX parts off eBay, went to collect them and a very shiny blue TZD estate was sat on the drive!

Have directed the owner towards this site, let's hope they find us 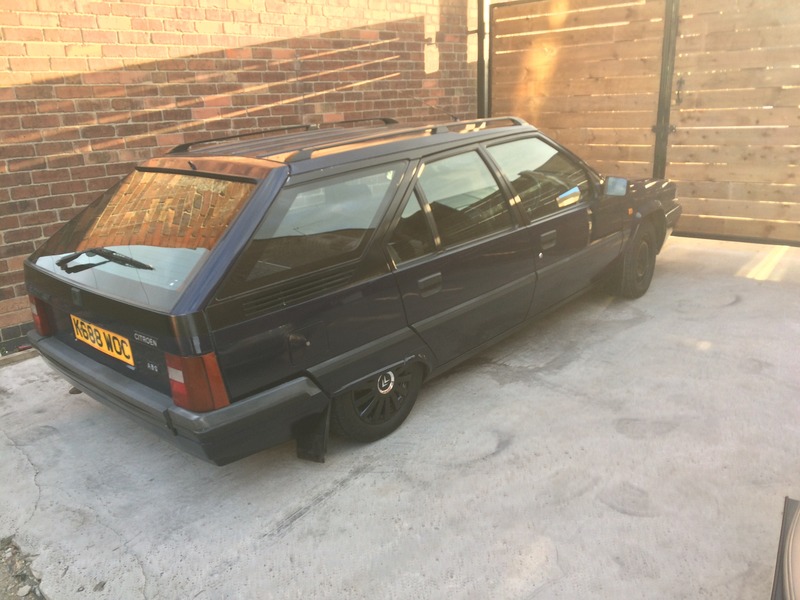 Used front height corrector/rear spheres and front pads dropped off at Mick Avery and Co this morning to be fitted on the Desire ready for Sunday....its been an expensive week so lets hope they don't hit me too hard on the labour.
Lots of Motors, mostly semi broken....
Top

Actually there were quite gentle, 2.5 hours for the lot, and she does drive lovely now, a great cruiser, just a shame about the paintwork, its worth having it done though and Leo/Nick have very kindly agreed to assist with that once Barry has done the welding on the sill.

I am missing BX's though so I may have to fill that gap with a Project (if I haven't already....)
Lots of Motors, mostly semi broken....
Top

Well as its been a rather BX less blog as of late but I am delighted to announce that the BX count has now increased to 3 to match the Xantias, well known club car J119GCR (the green hornet II) has been entrusted into my care (on a permenant holiday) from Miss Jones who has purchased something else as a toy but couldn't bare the thought of her trusty stead not being loved and staying in the club so it is now residing with me for the foreseeable future.

Currently wearing some 191000 miles J119 is in great condition mechanically having been cared for at no expense by Bourne Citroen and Chevronics but is in need of a little tidying (its has been a daily driver in all weathers for over 3 years and parked on the street).....which is what he will get and will be used sparingly for work alongside the other cars.

The new Hornet needs new bumpers (sourced), wheels (I have plenty), a very good valet (I can do that) and some repairs to the nsr 1/4 panel and various little jobs, the mismatched speed lines are coming off and will be replaced by steels with correct trims (so the speed lines will be for sale and proceeds to Miss Jones)

Would you believe this is my first turbo D hatch, the original green hornet (RIP) was an estate and only in my hands for a few weeks but got the two Phils round the bxagon safetly before some goon crashed into Phil B and sealed its fate.