So is it every bx that has awkward heaters!

One of mine stuck on hot but works ok, the other heater controlw orks but the blower packed up when i washed it for the first time.!

This is very VERY common.

Your heater is stuck on hot because of a valve next to the steering column that seems to get gunged up when the coolant isnt changed often enough. They can be stripped down and cleaned up but i found my worked loose after a while with new coolant.

Blowers are cr4p! I was lucky enough to pick up a brand new one at the CCC doo at Stratford but i think they're around 70odd quid new.
Over and out from me
Top

That was one thing that worked _fine_ on my BX. When it was on the road...

Only prob I had was I found coolant leaking in the footwell. I thought - uh-oh, heater matrix, but it was dripping from the joint 'twixt heater matrix and heater tap.

I found that the bolts were surprisingly un-tight - so I did them up nice and tight... an *extremely* fiddly job worthy of Houdini in the contortion factor... and applied sealant round the joint. Seemed to work!

So im best to flush the system! As i dont use the bx much (have 2 of them) and have a company car Its not too much of a worry,at least it works.

But I hear tales of woe about headgaskets going pop? Weve had 5 19D's in 21 years and all been to the moon and back without a problem. Best to get the antifreeze changed tho, is there a problem bleeding the system afterwards guys?

my heater plays up all the bl##dy time too! i temporarily fixed it with a switch to short the contacs on the pcb but now its playing up big style!
i have heard that the blower bit in the scuttle is cleanable with good results???? anyone tried it?? is it worth it????
Timmo.

The turbo ones are the worst to bleed and seem to suffer more with head gaskets that the N/A's. Usually down to blocked radiators causing over heating.

If you want to post your picture from Photobucket, have a look under the picture and you will see 3 boxes, paste the coding in the bottom box on a posting on the forum, this should work.
1991 Landrover Discovery
1995 VW Golf SE
Top

that would figure, my heater packed in after i had the engine steam cleaned! will flush the rad then to be sure to sure!
Top 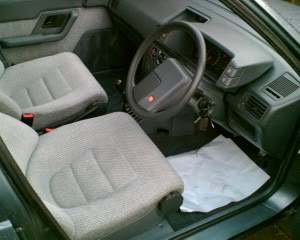 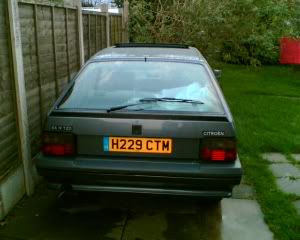 So im best to flush the system! As i dont use the bx much (have 2 of them) and have a company car Its not too much of a worry,at least it works.

First of all I'd try working the heater tap manually down at the footwell end to free it up: this often works nicely, though it means a bit of grovelling.


But I hear tales of woe about headgaskets going pop? Weve had 5 19D's in 21 years and all been to the moon and back without a problem. Best to get the antifreeze changed tho, is there a problem bleeding the system afterwards guys?

Most HG failures seem to come from lack of attention to the cooling system as a whole: thermostats, rads and rad fan switches not checked, or coolant changes left too long.

Filling/bleeding is best done on a slope with nose upwards and and car at a slant to put the rad cap or expansion cap at the very highest point. In addition, use a 2-litre soft-drink bottle as a makeshift header tank. Put a suitable O-ring on the screw-thread section so it'll seal against the filler cap, and cut the botom end off the bottle to act as the filling end. Fill the cooling system using a stronger antifreeze/anticorrosion mixture than require, then use water to fill the header - it helps push the air through - particularly if the engine is left running for as much as 20 mins while you squeeze the top hose to help circulation and air bubble displacement.

Bleed with the "header" in place, and don't be afraid of the system being over-full once you remove the header: excess coolant will bleed out via the cap as the system finds its level.
Occasionally constrained by geography. When not driving, can rely on ferry, two wheels and musclepower when a couple of miles as the crow flies would become a round-road-trip ten times the distance.
Top

Well that explains a lot, haven’t had a heater fan working on my 1.7 BX TXD Turbo for about 8 months now, My local mechanic insisted it was the fan control knob, but I tried today to wire the fan motor direct to the battery to see if I could wire in a bypass switch as a temporary measure, there wasn't a glimmer of life in the motor so I’ve now got to try and locate another one from somewhere!
H Reg BX TZD Turbo
Top

there is a resistor device in the fan and these fail mine had but only found this after i had changing the whole fan i later stripped it on the bench and put power over the motor and yipee it worked the motor itself is very strong but the resistor is weak it gets rusty from being exposed to all the damp air .
2017 Seat Leon ST FR 2.0 150Bhp
Top

My heater control knob is very stiff and clicks round rather than glides. As it`s still working I`ve just lived with it for now but one day I may get the spanners out.

BTW Tim, is that your SD1? That`s a stunning and I suppose rare car now you lucky devil. I-O-M registered by the look of the plates?
Vauxhall apologist.
Top

mind you that straight six engine is a beast it looks like something nicked out of an aircraft very easy to maintain you can sit in that cavonous engine bay to work on it but the v8 is a different breed.
Last edited by sleepy0905 on Sun Nov 06, 2005 10:36 am, edited 1 time in total.
2017 Seat Leon ST FR 2.0 150Bhp
Top

If the fan doesn't work at all, but does with power applied straight to the motor, it's more than likely a dry joint on the resistor printed circuit board(pcb) these are usually repairable by resoldering all the joints on the PCB.

If the fan blows at full speed all the time and can't be switched off, the resistor has gone and it's a new one I'm affraid.

thats usefull info i will check out the duff resistor unit i have as it dosent allow the fan to work at all.