No, not shiney.....grimey! Thats the one, I knew it kinda sounded the same.

Not much has changed on the old bone recently, except the gearknob has been modified to AX GT spec! (basically same as a normal 16v one with a red band instead of black)

It's also lovely and clean: 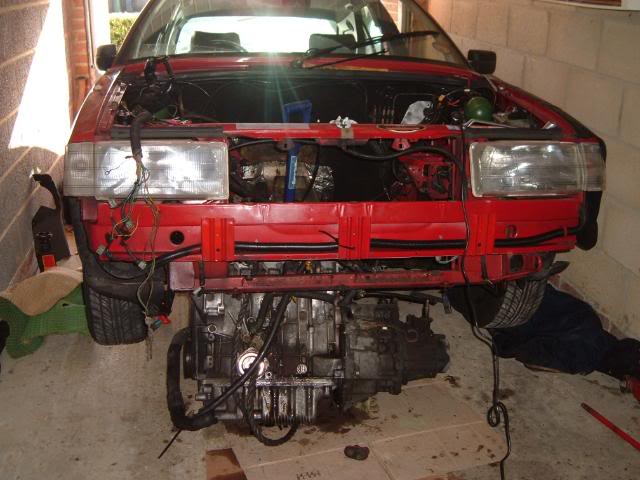 Overall still the same old. It's coming off the road for a while soon though, due to the MOT expiring shortly....petrol prices being ridiculous....numerous things still being wrong after long and stressful attempts to fix them and a TVR which is commanding more money (oddly enough!)
It's being retired to a garage for the year, so there will be no valver at the CCC shows this year, possibly a loud and anti-social TVR though. Although it's no louder than Doc after a few

BX only averages about 25mpg and the TVR around 20-23mpg if my maths are correct. Although the TVR could burn a tenner in about 15miles if I tired hard enough.

Main difference is that the valver was being used daily, which eqautes to crippling fuel costs each week (around £30-40!). The TVR only comes out on some weekends, allbeit dry ones, as it leaks!

The BX has now been replaced by a Ford, which costs less to fill up than the BX used in a week, yet lasts longer. It also handles better and has aircon! The downside is that its a Ford

So the BX is now residing in it's own private damp garage.
The national BX register - click to submit a car!