Wouldn't it be funny if you where watching TV and that TT came through the telly! Well not funny, but comical.

Well, that was a stupid idea.

Oh dear. Is the Focus still out there somewhere embedded in the side of a house?
www.classichub.wordpress.com
Top

Not quite. But I did get slightly stuck - had to spend an hour and a half digging it out. The problem was that the undertray broke off at the rear when I was trying to reverse out, meaning I couldn't go backwards or forwards! So I jacked it up, scraped the snow out and removed the undertray. Then gave it a miss and went the long way round...

Still, at least it was an adventure!

Good news is that the roof hasn't fallen in now I've removed the supports after the joist repair!

Bad news is I did a tiny bit of welding on the red BX last night - just welding up pinholes in the rear wing - and I appear to have picked up a hint of a tan. 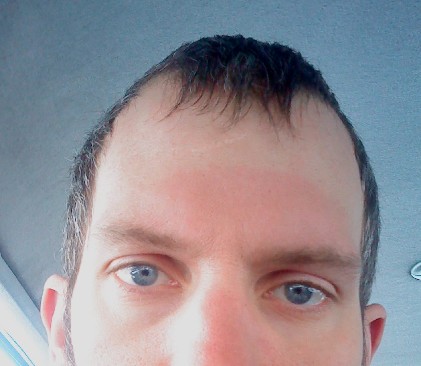 Can you tell where my hat was?

I didn't bother with the welding helmet as a) it was only a small amount and b) I would have had to remove my hat to wear it, and it was FREEZING!

Mine's automatic too, so I wouldn't have had to flip it up. But I still had the problem that the head torch would have been underneath it, and of very little use! Oh well, at least I'm making progress.

Ah yes, I see what you mean. I have an led lamp with a magnetic base that I use with the mask when the ambient light is no good. I suppose you could mount a head torch style light on the mask above the window if you wanted.
Mike Sims
BX 19RD Estate Mk1 - Timex!
BX 4X4 Estate - Oh god, I've done it again!
BX 17RD MK1 - it called to me!
BX14 TGE, - SOLD
XM Turbo SD,GS Club Estate,Visa 17D Leader,HY Pickup,Dyane Nomad,Dyane 6,2CV AZL,Falcon S,Trabant P50,3x Land Rovers (88" series 1,109" series 2a FFR,series 2a Marshall ambulance),DKW F7, Lambretta LD150 x 1.5,Mobylette SP93,Ural Cossack,Ural M63,CZ 250 Sport,Honda Varadero 125,lots of bicycles & tricycles including (but not only) Sunbeams,Higgins & Bates!
Top

Did a spot more welding tonight - with mask! I'd split the C pillar seam some weeks ago now, and the Deox gel had got to work removing the rust between the layers. 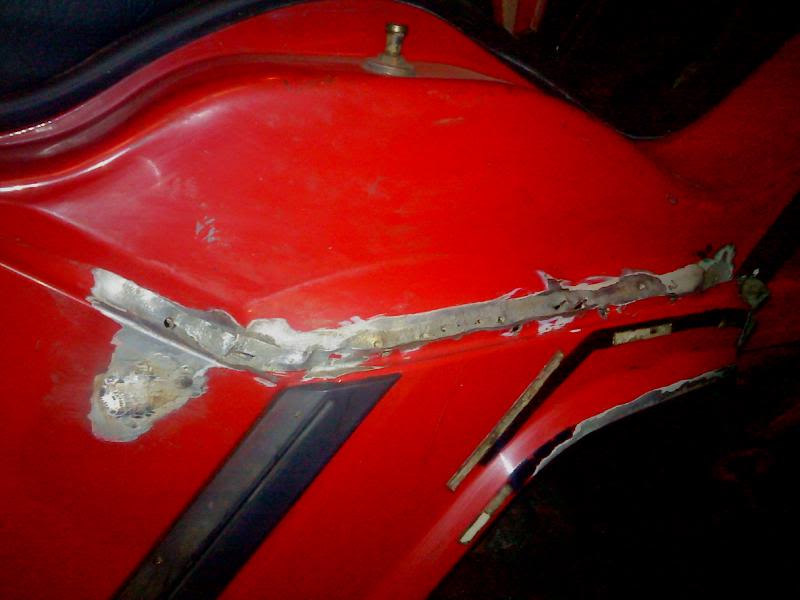 I then ran a bead of weld all the way down the outside. This should keep the seam more rigid and prevent cracking of the sealant and consequent water ingress. I did consider welding both sides, but feel that I wouldn't be able to do a great job underneath due to the access. Plus there would be no way to protect the metal between the two layers. This way I can get galvanising paint right into the seam, and then seal it all 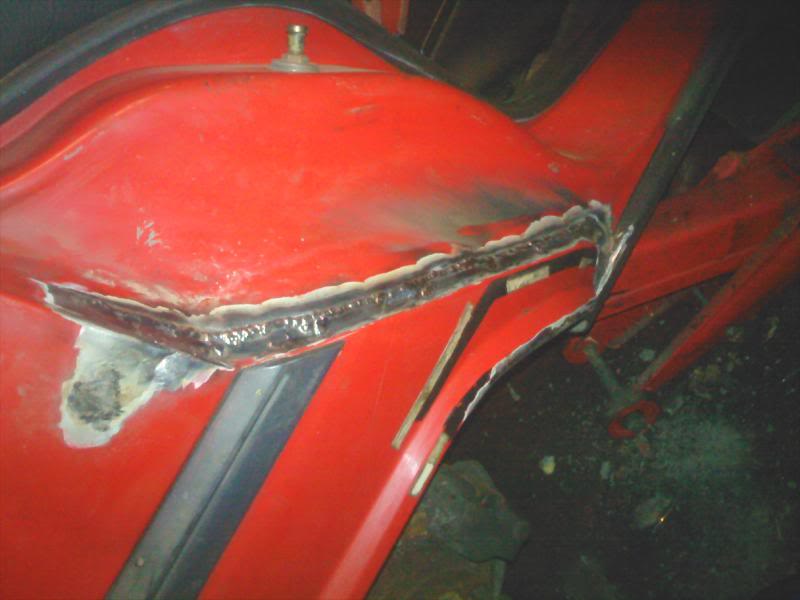 It's now primed, but I didn't get a photo.

It's still a bit too cold to work on my all over body tan, but maybe come the spring?

I've not had to do much hydraulic work up to now; just replacing parts and pipes so it will be interesting to see what they are like inside. I've ordered a couple of seal kits in preparation... Oh, and made a cheeky offer on the brand new one on eBay!

If you've not had the corrector out before, if last weekend's work on Tim's car is anything to go by there's a possibility that the pipe unions may be seized. Because the pipes were scrap I cut them then removed the corrector in order to get the rest out, but plenty of penetrating fluid before hand may be a better idea.
Mike Sims
BX 19RD Estate Mk1 - Timex!
BX 4X4 Estate - Oh god, I've done it again!
BX 17RD MK1 - it called to me!
BX14 TGE, - SOLD
XM Turbo SD,GS Club Estate,Visa 17D Leader,HY Pickup,Dyane Nomad,Dyane 6,2CV AZL,Falcon S,Trabant P50,3x Land Rovers (88" series 1,109" series 2a FFR,series 2a Marshall ambulance),DKW F7, Lambretta LD150 x 1.5,Mobylette SP93,Ural Cossack,Ural M63,CZ 250 Sport,Honda Varadero 125,lots of bicycles & tricycles including (but not only) Sunbeams,Higgins & Bates!
Top

No, I haven't, but have regularly greased the unions to hopefully prevent them seizing. Thinking about it, I changed both the HC to strut pipes in late 2005 (and have one still in stock) so fingers crossed!

More weldy weldy tonight - there was a small section of rot on the inner wing. I removed all the crumbly bits, and let the rust remover do its job: 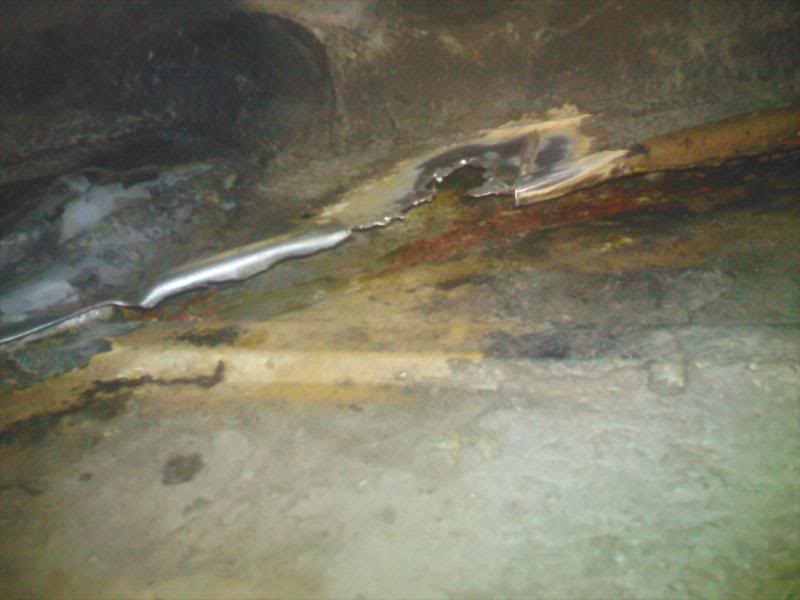 Then cut a piece roughly to shape... 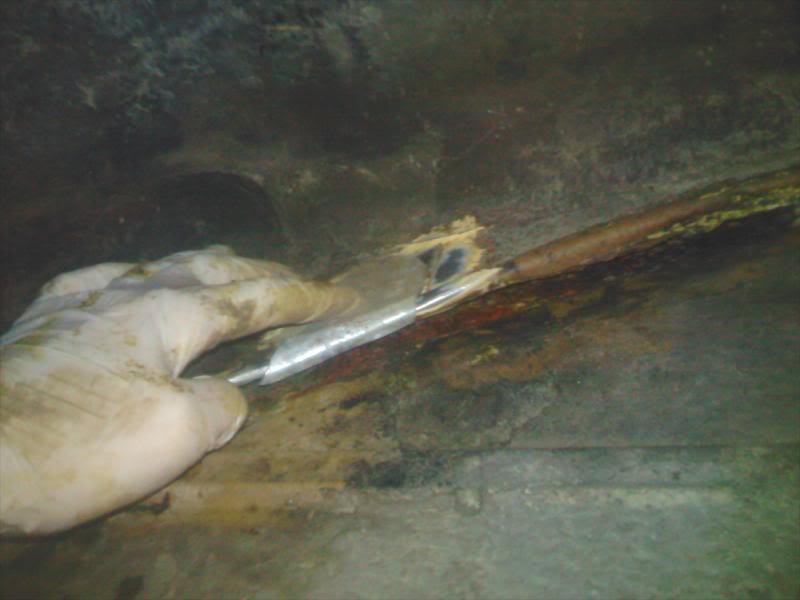 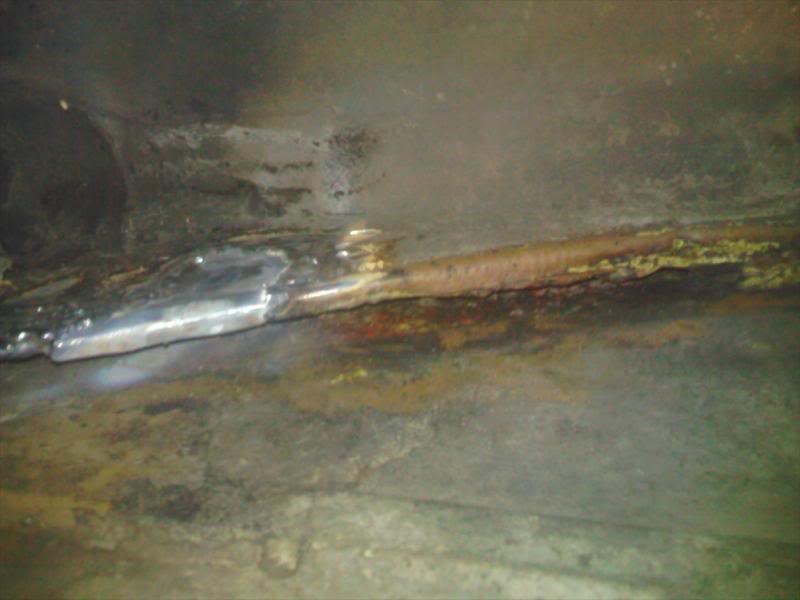 Far from my neatest ever job, but now solid at least. If the paint dries tonight (got the fan heater on it!) I should be able to seal the seam properly.