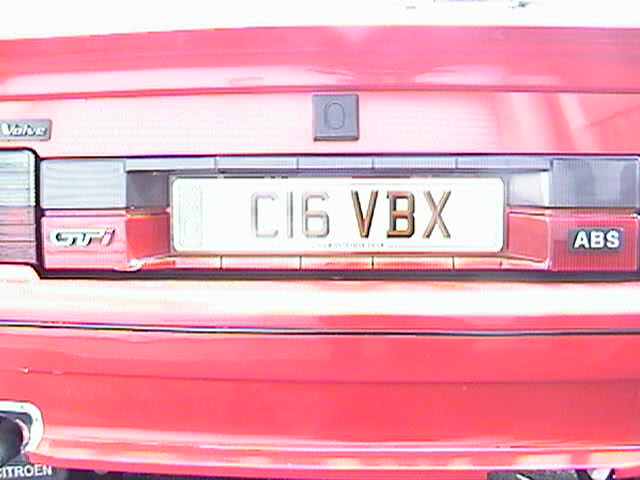 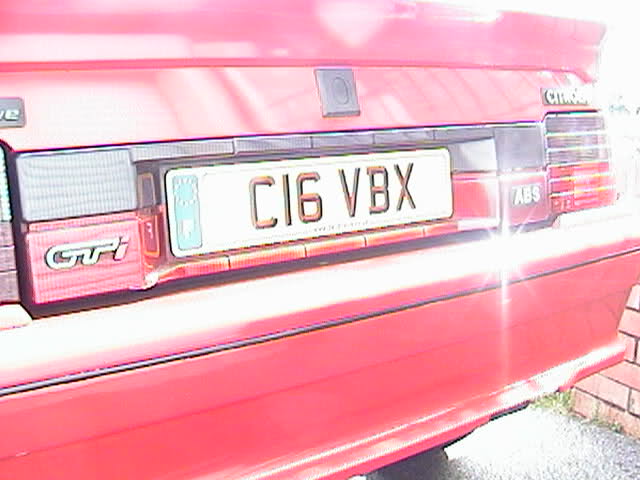 ( spells citroen 16v bx ) but i wont display it illegaly though as i dont want to loose the plate or get fined.
The citroen bx loves garages hates driving

Subtle and very apt! Not obviously a special plate, except to those in the know

ever since i saw the plate A16 VBX on a bx16v forum members car i wanted to do somthing like that with mine. I know some people on here dont like private plates and id never bother with one with my initials on. Ive been watching that plate for over a year with a view to buying only money was an issue. Over the week i decided to bite the bullit and buy the plate with no regrets. as it suits me and my pocket.

its only a cheap plate and a bit of fun realy.
The citroen bx loves garages hates driving

Private plates dont bother me one bit, only put off by the price to be honest, i'd rather spend the money on car bits....

I nearly bought a plate for wifey, but they all seemed a bit boring for the money i could afford, so didnt bother, went for an engine re-map instead

If you have to explain it, then surely it doesn't work.

TBH I will never understand the need to change the number plate on a car. I think the americans have the correct idea in calling them "vanity plates"
this might be a signature
Top

i like the americans strange ruling that if you fill in the right forms you can have a bit of peper in the windscreen instead of a 'penalty plate' (whcih is what they really are these days).

Automotive Adventures, over on BXProject.Co.Uk!
Top
Messages: 7 • Page 1 of 1