I think I asked this question before. But what happened to them all?

And an excuse to post these pictures of a Portuguese Ph.1 - not disimilar to a reddish one hereabouts. I think this looks gggrrreat wih a bit of weathering!

It is an interesting question but for starters do we really know how many of each phase were built ?
The figures most people refer to are available on citsportsite but they class production on years rather than model and with 1989 being the year of changeover it may be hard to quantify the phase numbers correctly and as usual citroen were not vey specific on which phae got what parts, I know of a few valvers which are technically phase 2 but they have the phase 1 boot spoiler from new but they are overseas cars.

It would be really nice to know the accurate UK numbers for each model but AFAIK nobody has these.
The early valvers did not utilise coated pipes so I suspect that helped some of them to an early grave and despite the purist warming to the P1 the P2 has a more rounded mainstream appeal.

Have to say though we don't see a massive gap between the number of P1 amd P2 cars over at the owners club.

I think i prefer the phase 1 over the phase 2. Its funny but when i had a phase 1 i prefered the phase 2. Guess thats a case of the grass always being greener.
Heres a pic of me and my mates cars from about 1997. I know the silver one got scrapped but dont know what happened to the red one. 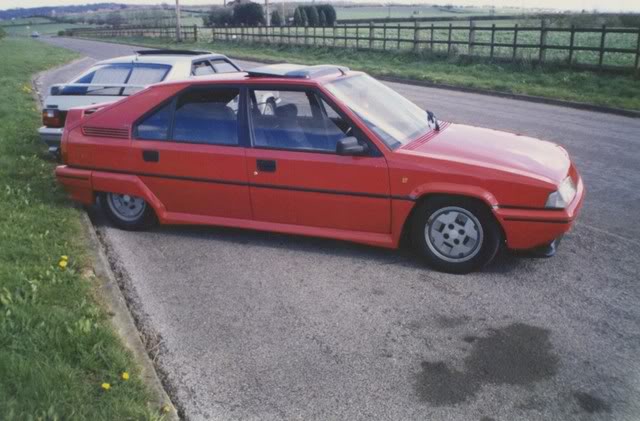 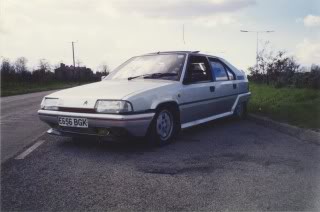