What stereos were fitted to BX's? That is, ones that were fitted as OE? For instance I know there were a few Blaupunkt models? Which ones? "Verona"was one, I think...
• 1992 Citroen BX TZD Turbo Hurricane
• 2006 Xsara Picasso 1.6 16v
Top

My 1990 Gti had a clarion fitted, however, from memory it didnt match the piccies above?? Not that i'm bothered, it was hopeless, so it got ripped out & given away. I much prefer modern stereo's, sound better & have more useful facilities such as being able to play cd's

Does anyone still use cassette? Now if i had a Nakamichi then that would be a bit different

Does anyone know whether this is an original fit stereo? 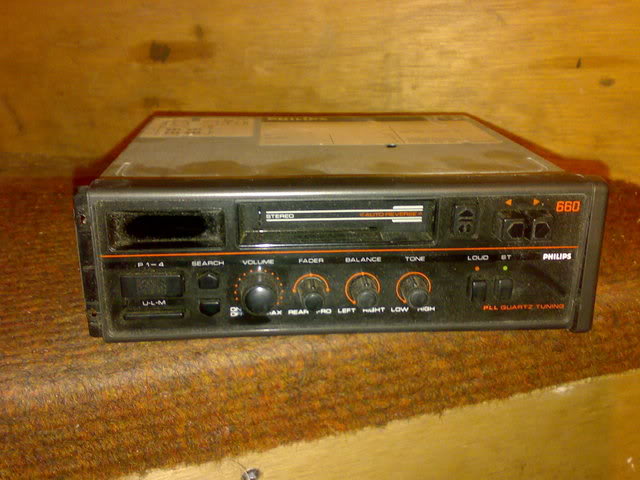 It may be a dealer fit upgrade if Citroen were anything like the local Austin Rover outlet near me back in the 80's - they would "upgrade" the boggo LW/MW radio for something a little better for a few quid. Difficult to tell really, but I cant remember seeing a Philips radio sold off the shelf since the 90's, so it may be factory.
Top

here a nice model found at the scrapyard :

here the top of the top (in the early 90's) , a blaupunkt SQM 108 (sylt) for radio , and the tape recorder CCP 08 ! i've got a citroen accessorie brochure special BX where this model is shown :