Anything about BXs
Messages: 34

This is very sad news indeed. He will be sorely missed.
Alan was one the friendliest and most helpful members on the forum.

My sincere condolences to his family.

I am very sorry to read of Alans passing.I have only been a member for a couple of months but have read all of his posts with great interest,they were always to the point and very infomative Iam sure we will all miss him.I would like to send my deepest sympathy to his family rhv100(Richard Vokes)
Top

Really saddened to hear this awful news, especially on such a beautiful sunny day as today.
As a relative newcomer to the online Citroen Community (only joined about 18 months ago), I feel honoured to have actually had some personal contact with Alan. During a discussion on these very boards last year sometime, Alan had mentioned that his original home was in Accrington, Lancashire. By coincidence, I happen to live only 4 miles from Alan's old house, and I was happy to pop over and take a few photographs of the old place, to send to him in Oz. Alan was very grateful and we had several conversations off-forum, about some of his old "haunts".
I remember well his extremely helpful and informative postings, when anyone was having trouble with his or her Cit. From what I have heard, Alan was always like that. He took great pride in his Citroens, and his family.
It is always sad to hear of the passing of anyone known to you, but something about Alan's passing leaves a greater than usual sadness.

Our condolensces go out to Lynne and the "boys". Alan will be sadly missed on both sides of our world!

I will say a little prayer for him, the next time that I am up "the Coppice" (a little hill close to Alan's old house in Accrington, a place where he had many fond memories of his childhood).

or three to you tonight!
Top

In recognition of Alan, who was greatly admired and who made a unique contribution to the online Citroen enthusiast community worldwide, I would like to suggest the forthcoming 'BXagon Challenge' Event be dedicated to his memory.

I, along with many many more people am so sorry to hear of your loss, Alan was always ready to freely give of his wealth of knowledge and experience and help in any way he could.
I have a feeling that he was not one to suffer fools gladly ( or any other way.) but straight as a die and jolly nice chap. Absolutely irreplaceable.
Thank goodness he was surrounded by his ( loving ) family and passed away without pain.
All best wishes and sincere condolences to you.


I MAY NOT BE ALWAYS RIGHT BUT I AM
NEVER WRONG.
Top

Philip Chidlow wrote: I would like to suggest the forthcoming 'BXagon Challenge' Event be dedicated to his memory.

Well, obviously I'm not suggesting it as a way of 'opportunistically' boosting the event, but it has further added to my conviction that this should become an opportunity to make a difference, however small, to the fight against cancer. 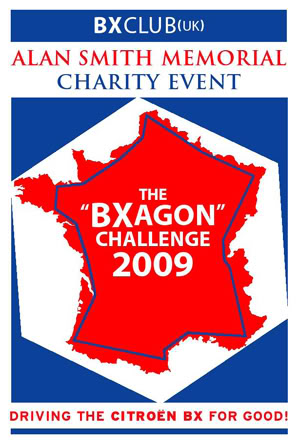 heartfelt condolences to his family. Alan's contributions will be sorely missed

Really, really sorry to hear the news. Alan was a great help to me when I was installing air conditioning in my BX - he had already written a very detailed write up of the job, and was always ready to help me with my questions.
My thoughts are with his family at this difficult time.

I'm gutted.
Condolences to the family, and RIP Alan, the Citroen community has lost a bloody great character.

Nothing else to say really.
Smokes lots, because enough's enough already!

When I documented an electrical fault which had defeated an alternative Citroen Garage it took all of 24 minutes for Alan to post a link for some advanced BX circuit diagrams that enabled them to solve the problem straightaway. The brief off-forum correspondence I had with afterwards means I can confirm many of the sentiments that have been expressed elsewhere about Alan. His passing is tremendously sad news and I would also like to express my very sincere condolances to his family at this time.
Jack
Top

Sad news indeed. Alan helped and inspired me many times with his robust advice and no nonsense approach. A life lived well.

My sincere condolences to all his family and friends.
Occasionally constrained by geography. When not driving, can rely on ferry, two wheels and musclepower when a couple of miles as the crow flies would become a round-road-trip ten times the distance.
Top
Messages: 34