I don't know if this has been posted before. As seen on the French BX club 'BX World'. Looks as though an Mk.1 Break got sacrificed.. 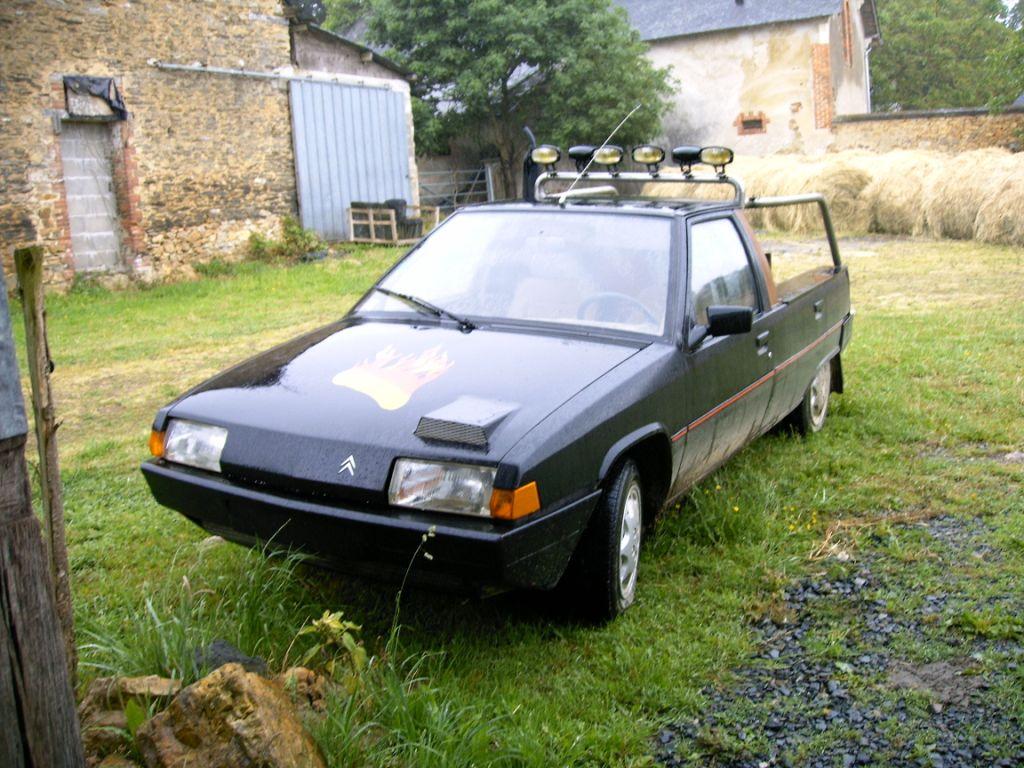 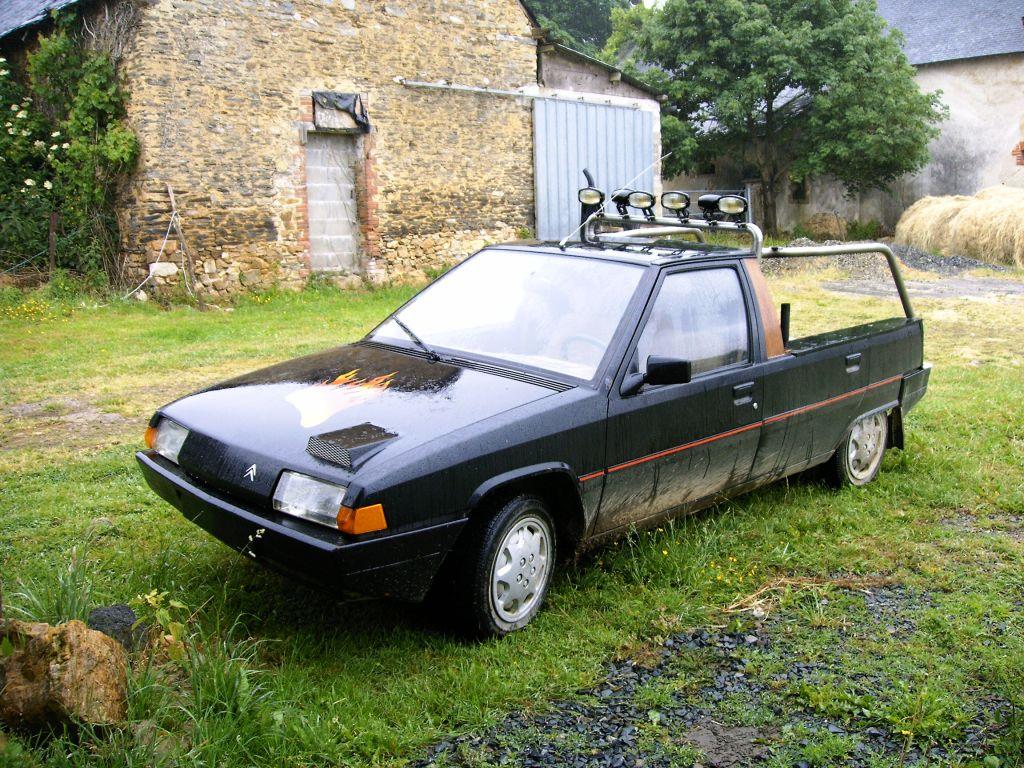 There was a UK one that surfaced on eBay about 4 years ago, a Mk 2 saloon turned into a pick up - sadly the pictures are on my old hard drive and I cant access them.
Top

Was that the greenish one? I like the idea of a pick up as they are very practical. Bit worried about the loss of structural rigidity though...

Seems a bit pointless and you can't recline the front seats for comfort very much!

I take it there wasn't a 4x4 Mk1 and anyway from what I hear it wasn't much cop for off-roading in, so what are those lights all about?

Way2go wrote:what are those lights all about?

I'm not too keen on the appearence of this one, the one I saw a while back had got rid of the rear doors, and blended the sides into the roofline like a Subaru pick up from the 80s/early 90s.

But with that 'air-scoop' ( margarine tub painted black) and flame on the bonnet it must go like sheet off a shovel of course!
These photos appear to be about five years old so perhaps it's already met its maker ( very talented bloke)

What a waste of a Mk1 estate.
Lots of Motors, mostly semi broken....
Top

You say that now, but consider 5/8/10 years ago when it was made. A MK1 estate would probably have been worth about as much as a shirt button.

Same as the comments about that DS-based camper that was listed a while back. It may be seen as an absolute waste of a DS now. but at the time (1978) a 1963 DS was probably worth about tuppence.

I've no doubt no-one would blink if someone did this to a Xantia, or maybe an early C5. Then wait 25 years and see what people have to say.
this might be a signature
Top
Messages: 9 • Page 1 of 1