Afternoon all,New member here thought I'd introduce myself ,as I have been on here for a little while now.I'm the fella that bought AndyG's Gti previously owned by Philip Chidlow I believe.This is my first BX although my Dad always had Citroens when we were kids. I learned to drive in a 75 gs pallas and later had one myself a Dyane and 3 2cv's Anyways I have to say that BX ownership is great It really is a lovely lovely car,a real credit to it's previous owners.Since owning it I've done some minor bits to the car,new tyres ,fixed windscreen,recharged the aircon ,and with many thanks to the pages on this site,the handbrake ,changed the heater panel bulbs and sorted out the groaning struts ,but still have a few other things to sort out/parts needed etc,but I'll be asking you good folk advice on these in the their sections.While I'm here I would also like to say a big thanks to the organisers of this site,Knowing there is a resource such as this in times of need really takes the fear factor out of BX ownership!!
1991 BXGTI Auto A/C Silver
1990 TZS Break Auto
Top

Good afternoon Richard and welcome along. I too owned a GTi that once belong to Philip and it was a wonderful car. Have you any pictures you could post up of your's, perhaps in the gallery section of this forum?
Vauxhall apologist.
Top

Hello! Great to see that trusty GTi back 'in the fold'. (Simply the best auto box on any car I've ever owned). I am thrilled it's gone to a good home.

Is there a chance you'll make the National rally for the BX Challenge on 15th July????? I't be great to meet up. And, by the way, I have a brand new set of rather nice number plates for the GTi somewhere....

I'm surprised you're still in one piece!!

Thanks for the welcome fellas ,I'm gonna try and get some photos on here soon ,maybe the weekend if I get the time.
Plans at the mo are to make it to the national ,though just for the Sunday,if the weather improves I might dig the tent out and go camping ,so would be able to meet up Philip and you can see the girl again although it's not that long since you parted company,and extra plates would be greatfully received they're always a good idea round here both of my last 2 cars have had towbars pushed through them,London parking hey!
1991 BXGTI Auto A/C Silver
1990 TZS Break Auto
Top

Looking forward to seeing this car again, its a gem!

From me, welcome to the forum.

Having been kicking about quite a few forums on the net, i have to say that this is about the most friendly (albeit with one or two little upsets) and informative one around.

I'd say without much doubt that a number of members have moved heaven and earth to help out others.

3 CHEERS FOR THE BXCLUB AND ITS FINE BAND OF MEMBERS!
Over and out from me
Top

Welcome aboard matey, you have a lovely example there!
Top

Have you seen it Tim? I remember Phil having another GTi a while back, take it it was that?
Vauxhall apologist.
Top 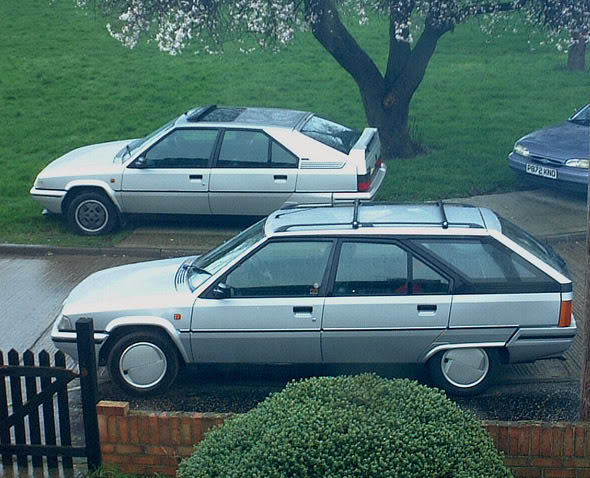 Hi there RichardE and the BX Forum fraternity. Just using Richards thread to jump on board. Its Baz here from Auckland , New Zealand. Devout and devoted CITROEN man since 1955 (THAT dates me a bit eh.?) Thee BX's and that fabulous D Special (and aint they all?) and STILL I thirst for more and more variety.... One of every model might be nice.

Came to England in 1990 on purpose, with the official sales blurb that showed the mighty BX TZD Turbo Estate in that great dark red colour, just to purchase one. Cost to ship to N Zed (Paradise) was scandelous but I was akin to 10 feet tall when we drove it out of that container. One of the very first Estates here I think and they are still rare.. The usual Service stuff over the years but it has NEVER let us down and we have put thousands of thousands of miles on the clock. Mighty. It is parked up with a RUST problem.. (Very unusual out here) and the rust is behind the front windscreen washer bottle.!! Bugger.... Still, it will be done as funds allow and there is a couple more BX's in the fleet to use plus of course my used daily and every chance I get D Special (and aint they all?)
Me,? Oh, Just a pom from Hemel Hempstead and now living in Paradise (since 1974) I see that there are other Kiwis on the forum and I will track them down. Only found this site yesterday. Hey, one of 'em has a pic of his white lightning BX featured with the famous (in New Zealand) Ohakune Carrot.!!! When I discover how to add photos, I will touche that lucky BX owner with another carrot shot, thias time with the mighty D Special (and aint they all.?)......