I'm just adding my write up as it's already all typed and for the aussiefrogs forum:

All done! It took around 2 or 3 hours of actual work and probably another 3 hours of procrastinating/reading/thinking.
It is not that hard once you actually start.

I would recommend taking out the drive shaft on the drivers side as it does provide a lot more access; it can be done with out doing this, though I needed to replace the boot on the driveshaft anyway so it made sense.

I started by removing the old octopus and cleaning up the area, taking note of the different routes, plastic sleeves, diameters of hard plastic pipes etc. Take your time with this, and ideally refit the new octopus the same day so that it is fresh in your mind.

I fitted the new octopus through the following steps: 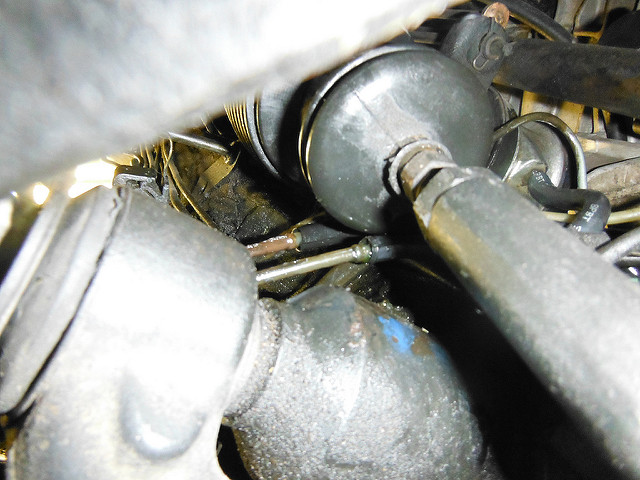 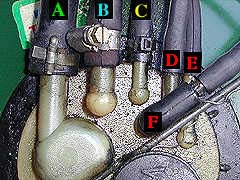 What an excellent and invaluable guide! Where did you source the pipework?
Top

i am actually going to have a go at making my own out of nylon piping and T connectors.

ill add the picture of my one: 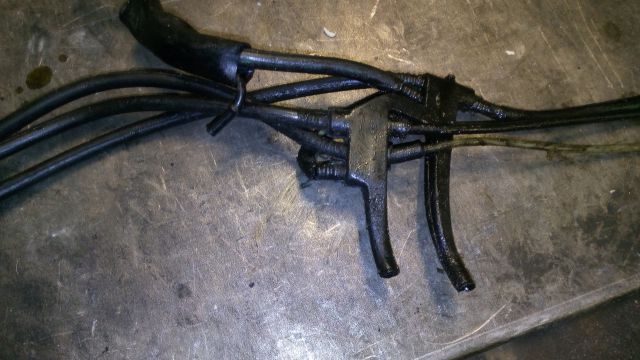 Dragon Man wrote:i am actually going to have a go at making my own out of nylon piping and T connectors.

heh yeah i thought it would have already been covered.
i can understand why they made multiple leak off returning pipes.. but they really did go overkill on them. still whatever works i guess. kinda a shame that they did not make all of the returns out of nylon though, would have stopped the need of replacing anything. as far as i remember, rubber costs more to make than nylon!

we will see how my little project goes

Personally i couldn't be assed with trying to make one up from scratch, for the sake of £60 for a new one that WILL fit and do the job perfectly, at the end of the day its still gonna be a few hours work to fit, i'm sure the o/e octopus is designed like it is for a reason.
90 BX Tzd turbo 294k SORN undergoing major surgery
90 BX Tzd turbo estate 46k awaiting surgery
65 Peugeot Boxer Van the new workhorse
52 Toyota Rav4 180k Bulletproof Jap reliability
Top

damn £60 for a bit of rubber.. if you ask me that is really expensive. i bought 50 6mm T connectors and 30 meters of 6mm nylon pipe for just under £20! and nylon will last a lot longer than rubber

like i say, this pipe is as easy as cut and connect. it may not look as neat as the original, but it would have a better flow rate and would never have any issues of pipes blowing off.

really wish our fork truck at work had a return built into the main lifting ram.. the seals on that are so bad.
- JohnDragonMan

Are you going to keep the original one-way-valves on top of the reservoir (the steel balls in the 90deg curved pieces)?
BX 4x4 estate, several BX Van's and some more normal estates in Finland.
Top

if its all built into the top of the LHM tank then it will stay as it is. if its built into the pipes then it will all be changed for the new pipe. fluid can only go one way in the system anyway and with the new connectors there's no way it would blow a hose off unless the pressure reaches over 10 bar. that would only happen if complete failure of a strut or other seal happened.. even then the struts are fed using 3.5mm pipe, theres a possibility that with the 6mm being larger (and say on the front struts the return pipes are doubled) it would survive the full force of a seal failure as the 3.5mm pipe can only deliver so much LHM.

one way push fit valves are only pence so if i needed to add them at a later date it would not be hard to do.
- JohnDragonMan