Paint was still a bit soft yesterday, so sealed the seam today although BX having to take second place behind house chores. 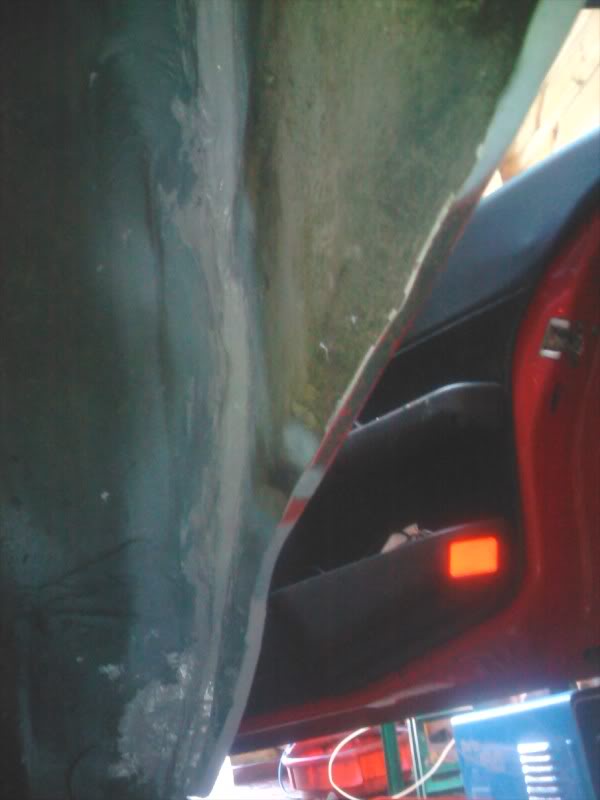 Starting to think the end is in sight though!

No progress on the red BX, but fixed the driver's mirror on the white one, and had a look underneath it. All looking good so far! The leak from the rear height corrector is so small as to be (IMO) insignificant, but seeing as I have a rebuild kit I'll strip it down anyway.

Yesterday we set out to climb Moel Hebog (~800 metres) which has excellent views of Snowdon one side, and the sea the other. Unfortunately, we got to within 200 m of the summit and had to turn back - it was very icy and not everybody in the group had crampons. The views were still good though.

Probably a wise decision not to continue, as we later learned that someone had fell to their death on Snowdon the previous day

Today was back on the house, replacing some rotten window frames with bricks.

They let in in very little light anyway, and are just for a downstairs toilet and untility room, so it made sense just to get rid of them - especially given the price of a made to measure window!

Also managed to do some work on the van this evening - it's not often that the weather is dry enough to weld outside so I have to make the most of it even though it is absolutely (literally!) freezing out there. 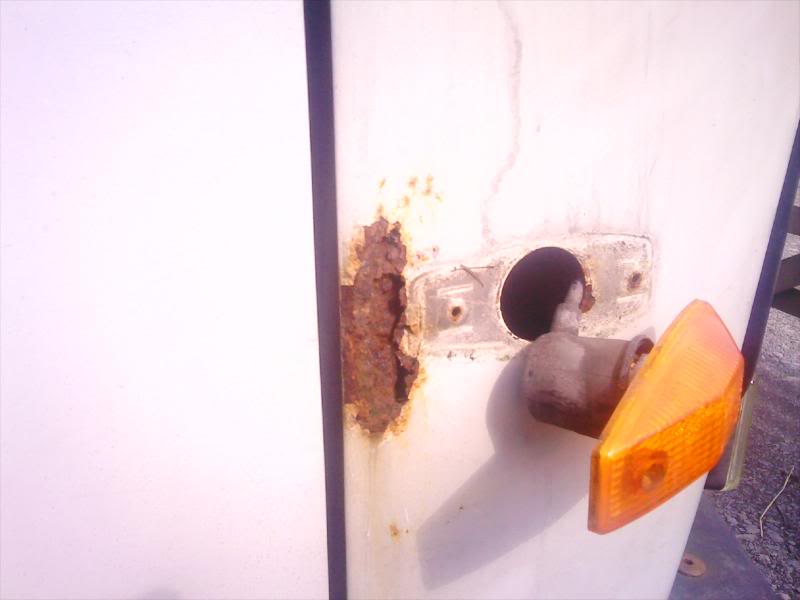 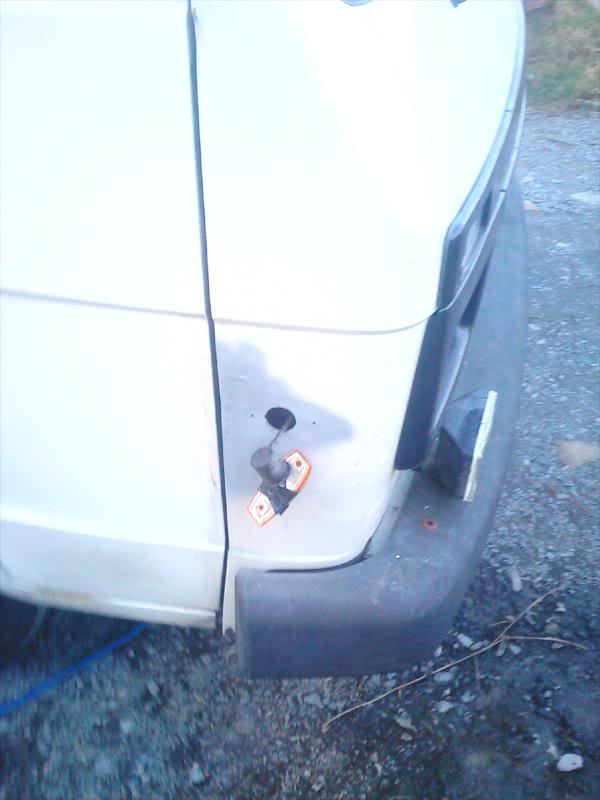 Still needs a skim of filler before a top coat, but solid at least now!

Plus lots of little patches like this one - quite satisfying to do as each one only took half an hour or so to do. 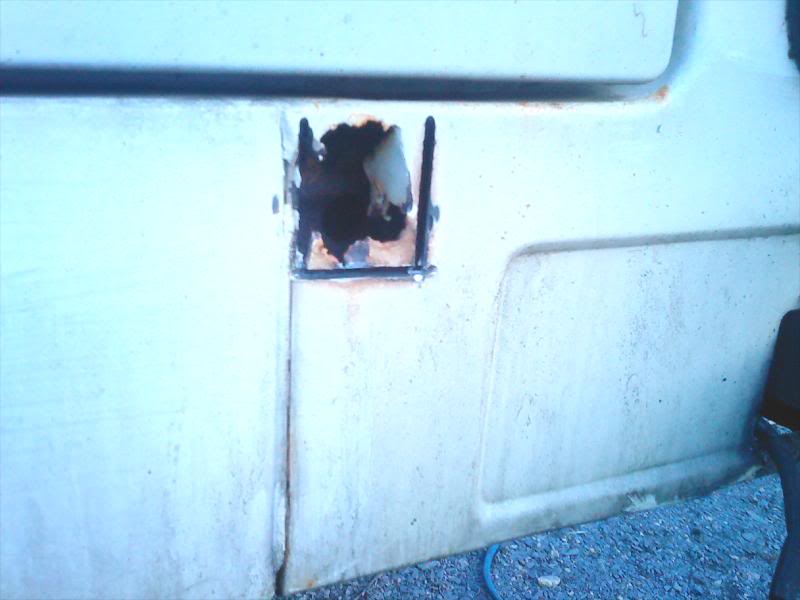 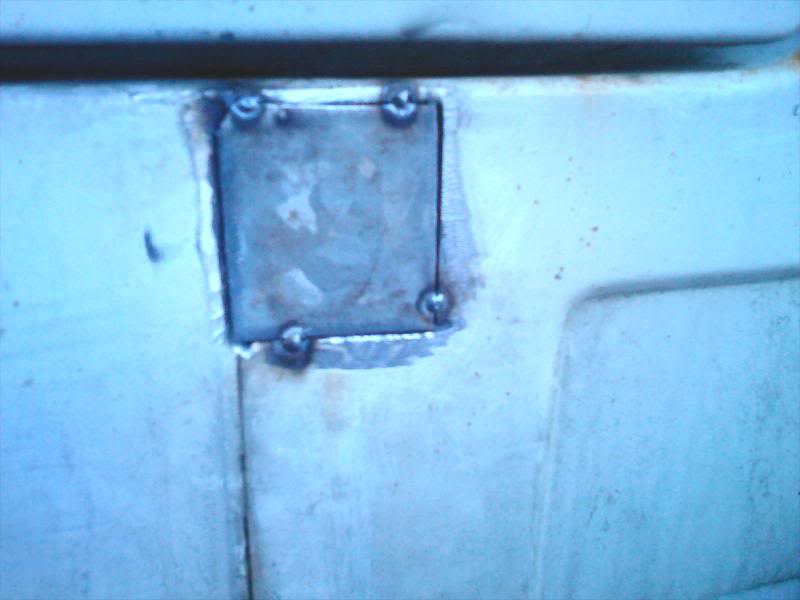 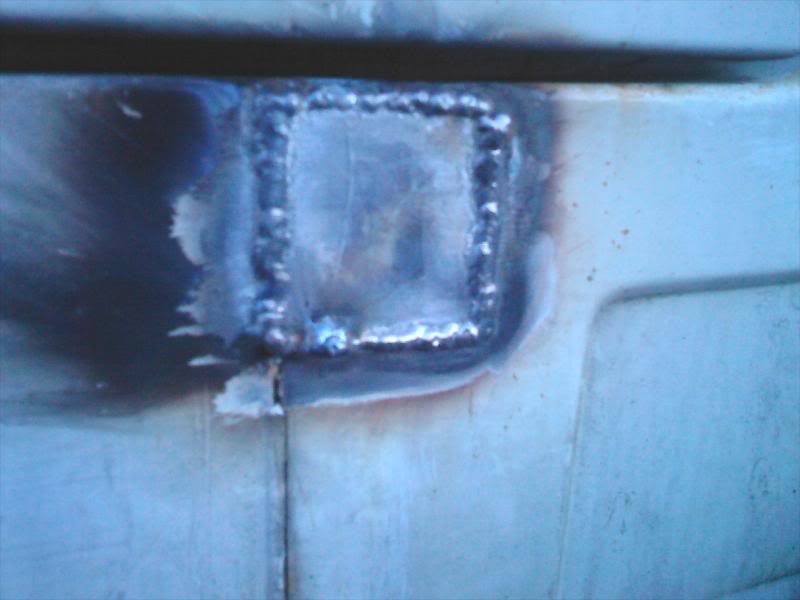 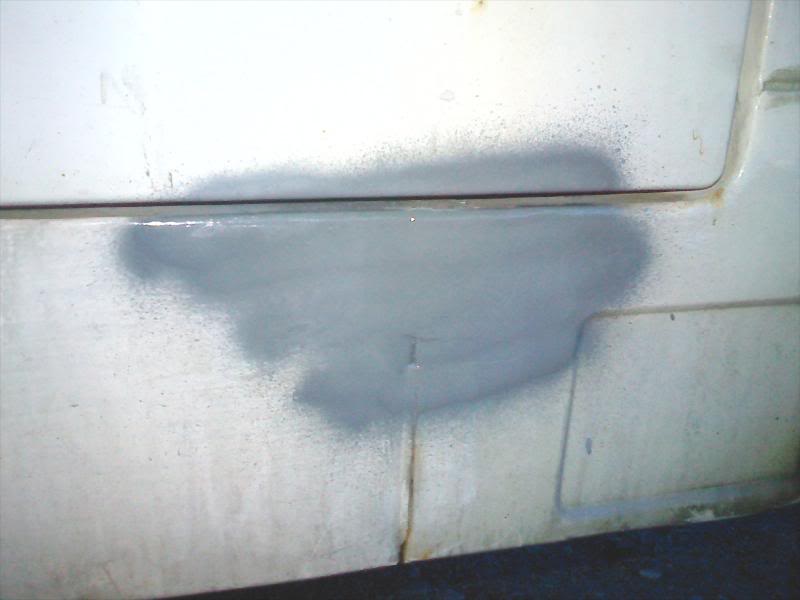 I'll probably get away without filler on this one, as it will be hidden behind the bumper anyway.

Warms my heart to see an LT getting some love, they're a much maligned brick.
Top

They're ace. Not only can you describe it as a mid engined, turbocharged, 6 cylinder, two seater; but you can lift up the flap in the cab and cook your dinner on the header tank as you're driving along! (Many) more photos here if you want to see more of the party bus...

Glad to see the Maglite takes pride of place Mat.

That's got a massive amount of interior space! I'm guessing it didn't start out as a camper.
Top

Bought it as a bare panel van...one of my many projects - almost finished now after 7 years

I took the height corrector off the white BX today in preparation for replacing the seals - pleasantly surprised both how easily it came off and at the condition of the boot floor and rear crossmember. Even the exhaust hanger has never been welded, and is still attached! Bad news is it needs 4 new tyres, but the fact it has Michellins all round suggests it was well cared for. 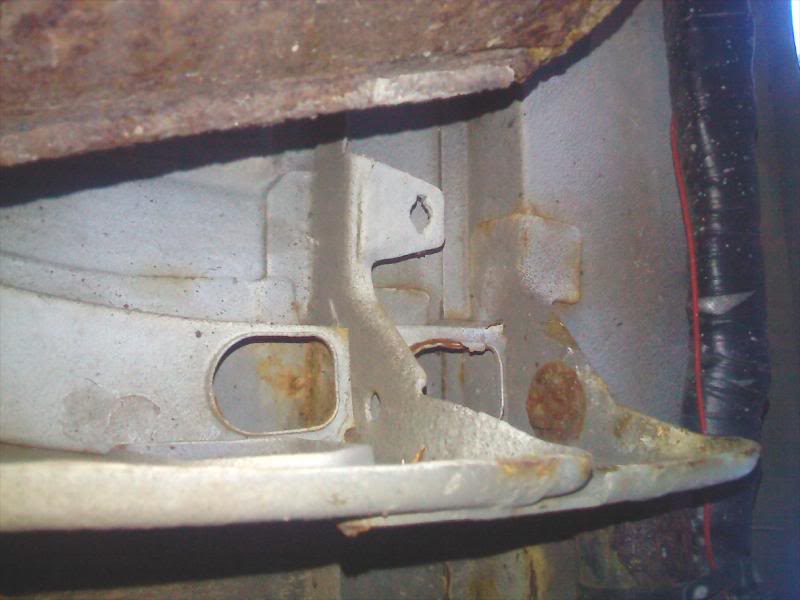 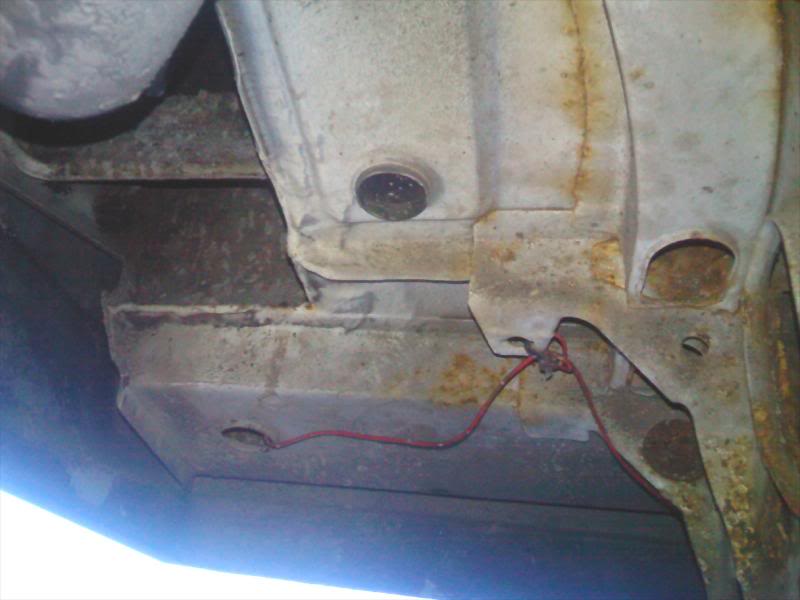 'Interesting' wiring for the towing electrics - if I leave the towbar on I'll have to sort that. 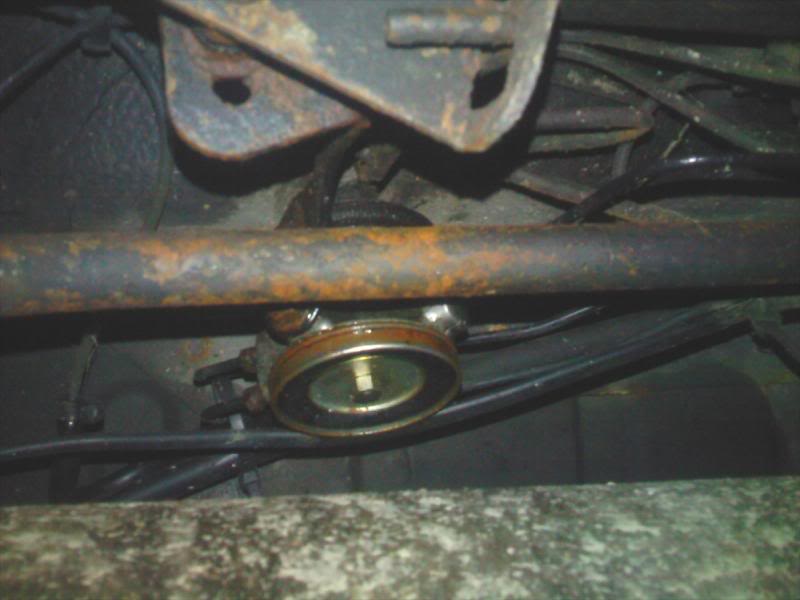 A slight weep is visible, but nothing to worry about IMO - I've been given advisories for bigger leaks than this! 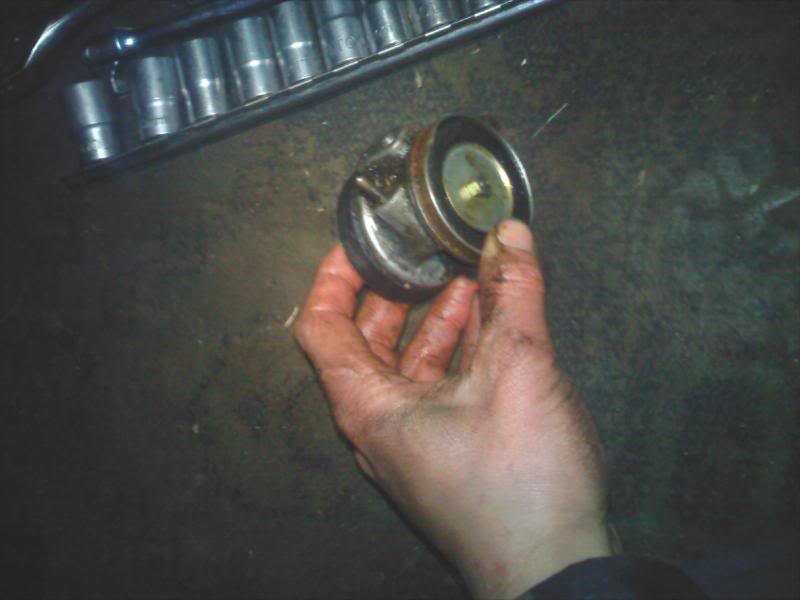 Off in my greasy (and by this point frozen!) little mitts!

Will hopefully strip it this week, but a warm bed is now calling me...

Looks to be solid old bus that Mat! Im sure when you come to part with it people will be happy to buy it!
Lots of Motors, mostly semi broken....
Top

Focus problems today - coming back home from a session climbing when the charge warning light came on. 30 seconds later the radio cut out, followed by the instruments and shortly after that the engine! Fortunately we'd just turned onto our track at this point, so I'm off to drag it out of the way now.

Odd failure. Wonder if the battery's neg earth is failing? Or if a terminal has come loose...
www.classichub.wordpress.com
Top

mat_fenwick wrote:Focus problems today - coming back home from a session climbing when the charge warning light came on. 30 seconds later the radio cut out, followed by the instruments and shortly after that the engine! Fortunately we'd just turned onto our track at this point, so I'm off to drag it out of the way now.

Matt, This all sounds so familiar (Well to me)

However by switching the ignition/switch into the off position and then turning straight back on the engine/red charging light and immobiliser extinguished as normal (99% of the times) !

So after the /\ checks prove to be similar/conclusive enough (

You may need to open up the 'Bookmarked' posting of my FCF post I sent you a while ago via PM (Knowing you'd purchased a 1.8TDDI Focus) !

But in-case you can't find it or for the other members who maybe interested, here's the LINK !

Good luck and I'm sure you'll get back with your finding's.

Thanks Richard, but after a busy evening (with several different vehicles!) I think it must be charging related with the Focus. The battery was well and truly flat at just under 12 V I should have mentioned that the engine wouldn't crank), but managed to jump start it OK. Terminal voltage remained the same with engine running as off; revving it made no difference. So likely the alternator, although I'm reading there is a common issue with wires corroding/breaking about 12" from the alternator.

I hope so, as after taxing it only a few hours previously (I had hoped to be back in the BX by now) I'm not sure I can afford a new alternator

To change it/investigate further I need to raise the front end a little; problem is the white BX is up on my ramps at the moment with the rear height corrector missing! I've stripped that down to find a small crack in one of the diaphragms, so a fairly easy fix. I've yet to reassemble it, as I then went under the red BX to investigate what I thought was a height corrector leak from that too!

It wasn't, but one of the front to rear pipes is leaking before it enters the HC. Strangely, it's weeping slightly as if the pipe is porous rather than spurting out. It's a patch of corrosion where something has rubbed away the coating which has started it - I'm lucky it didn't fail out on the road but annoyed I didn't spot the problem sooner.

I'm hoping to splice a new length in although I've never done that before. Anyone know what I need to do it? I'm assuming a flaring tool, a length of pipe and a couple of joiners?